Bella Figura, which translates as beautiful way of living in Italian, are a 3-piece band originating from the length and breadth of the UK – fronted by Justin Gartry, who is a seasoned, versatile musician who also plays with The Joker & The Thief, Dark Moon and Elephant. 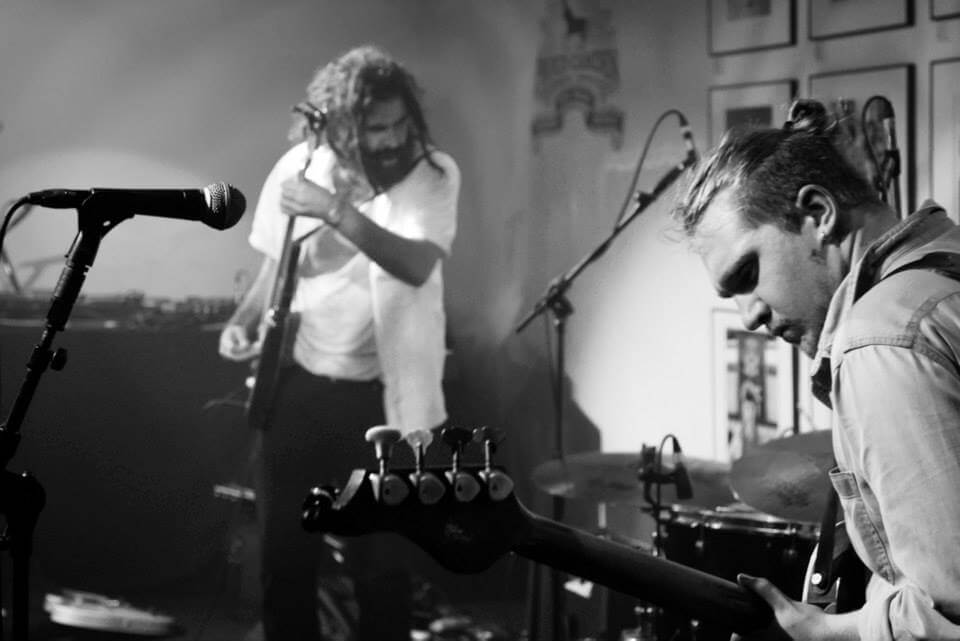 It’s within Bella Figura though that Gartry finds a vehicle for his gnomic, stoic songwriting, which needs a rightful home. Classically trained Michael Cooper brings immense musicianship to the bass whereas Rhys Maslen keeps better time of the sticks then a Japanese bullet train.

Since the start they’ve impressed at various different nights, whether on a Communion bill, a Strummerville event or at ease at The Monarch, the latest base-camp for north London promotional demi-gods Dave Danger & Beans on Toast. 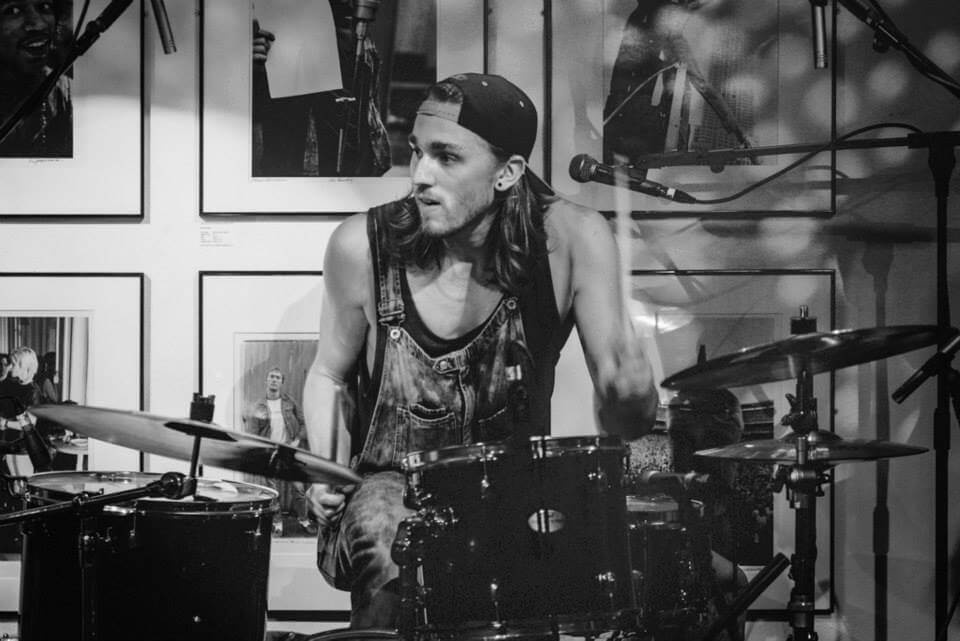 Other highlights have been working with Luke Oldfield from Toe rag studios, recording a number of tracks on analogue decks, which really suit their purposeful sound.

This Saturday sees the launch of their debut E.P at intimate venue – The World’s End in Finsbury Park and entry is free (woop, woop). 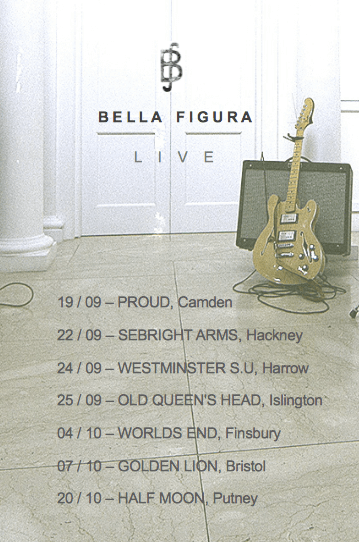 For a band just a year old, Bella Figura have a rare unity and order which effectively conveys the deep sincerity of the heartfelt lyricism without the listener having to suspend any disbelief in order to accept, what’s being heard or question what’s being felt. This comes from the gentle nurturing of the varying tempos of the instrumentation, Garty’s dulcet tones which makes the overall sound distinctly their own, aware not referential of other acts and thus making them engaging on their own terms. An act not to be missed.