London / Culture / Music / About Time: You Listened To Highasakite

About Time: You Listened To HighasakiteBy Angelica Malin

In the murky depths of trendy East London, Hoxton Hall is rammed to the rafters, eager punters spilling out of the venue as we make our way inside. The first act of the evening were label mates Apothek, who took to the stage in front of a packed out Hoxton Hall. The band is made up of a songwriting partnership between singer Morten Myklebust and producer/composer Nils Martin Larsen. Surrounded by an array of synths, Nils darts between various keyboards and controllers, creating precise beats and textures, over which Morten’s distinctive voice cuts sharply through the hall, creating an engaging atmosphere that pervades the room for the rest of the evening. 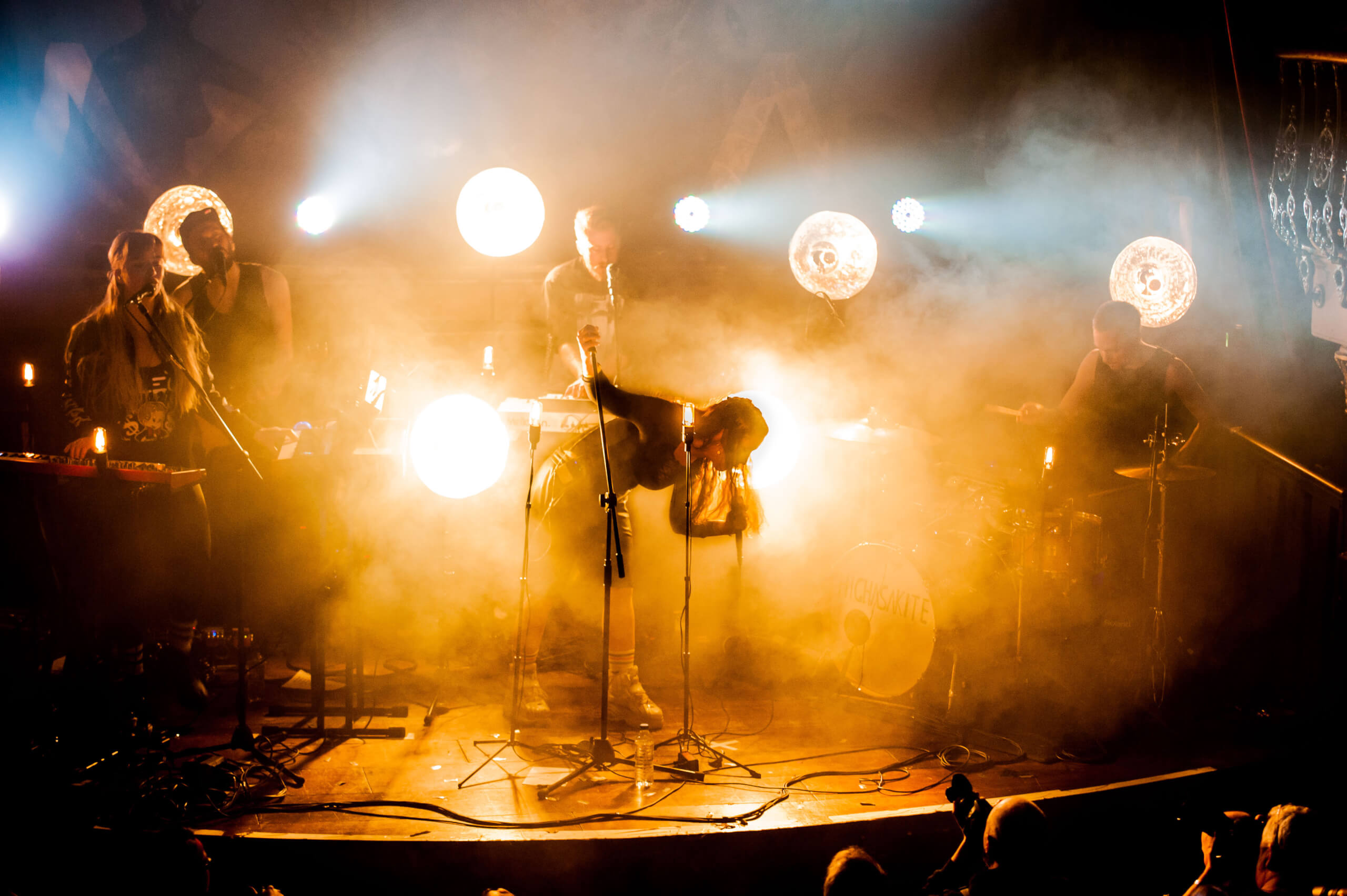 Tonight is all about one act however. Highasakite appear as silhouettes in front of near-blinding floodlights, a carefully orchestrated light show creating a theme of chiaroscuro, dramatic synth stabs and pounding drums emphasised by flashes of strobe. Frontwoman Ingrid Helene Håvik’s visual movements are captivating, with expressive dance moves that match the intensity of the songs, as if she’s channelling the emotive spirit of the music through her body. 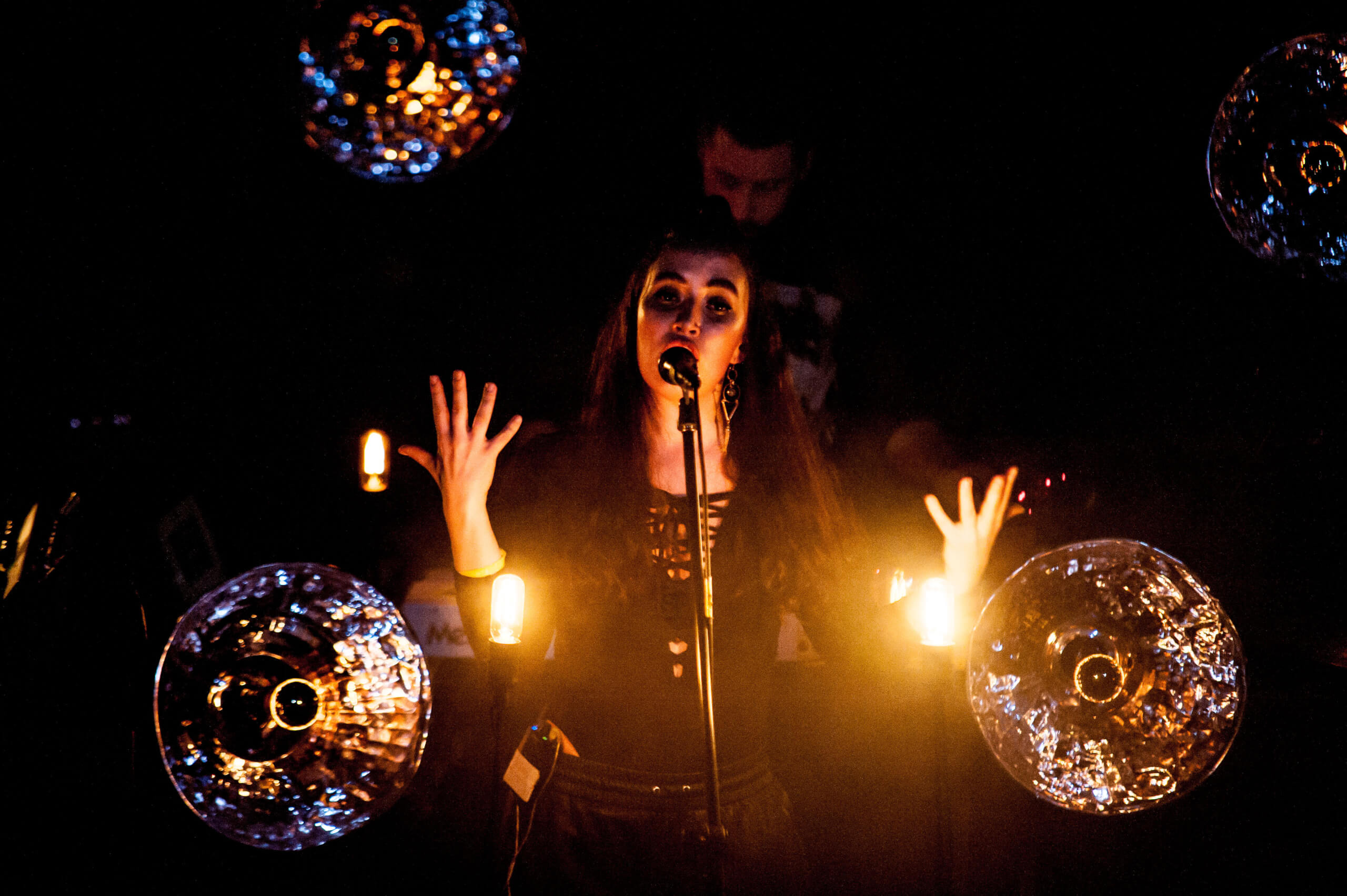 The set consists of material from new album Camp Echo, which goes down a storm, a clearly humbled Ingrid responding with a simple “Wow… this is nice” to the audience’s rapturous applause. The new music is starkly different from their previous output; much more synth heavy, packing a harder punch, which only gives the lyrics more weight. The theme of war and terrorism is at the centre of the album, which feels like a logical response to the current climate in which we currently live. While not overtly political, Highasakite capture the human reaction to the headlines we are bombarded with everyday, with snares that sound like gunshots and vocal refrains that could almost be cries of anguish. 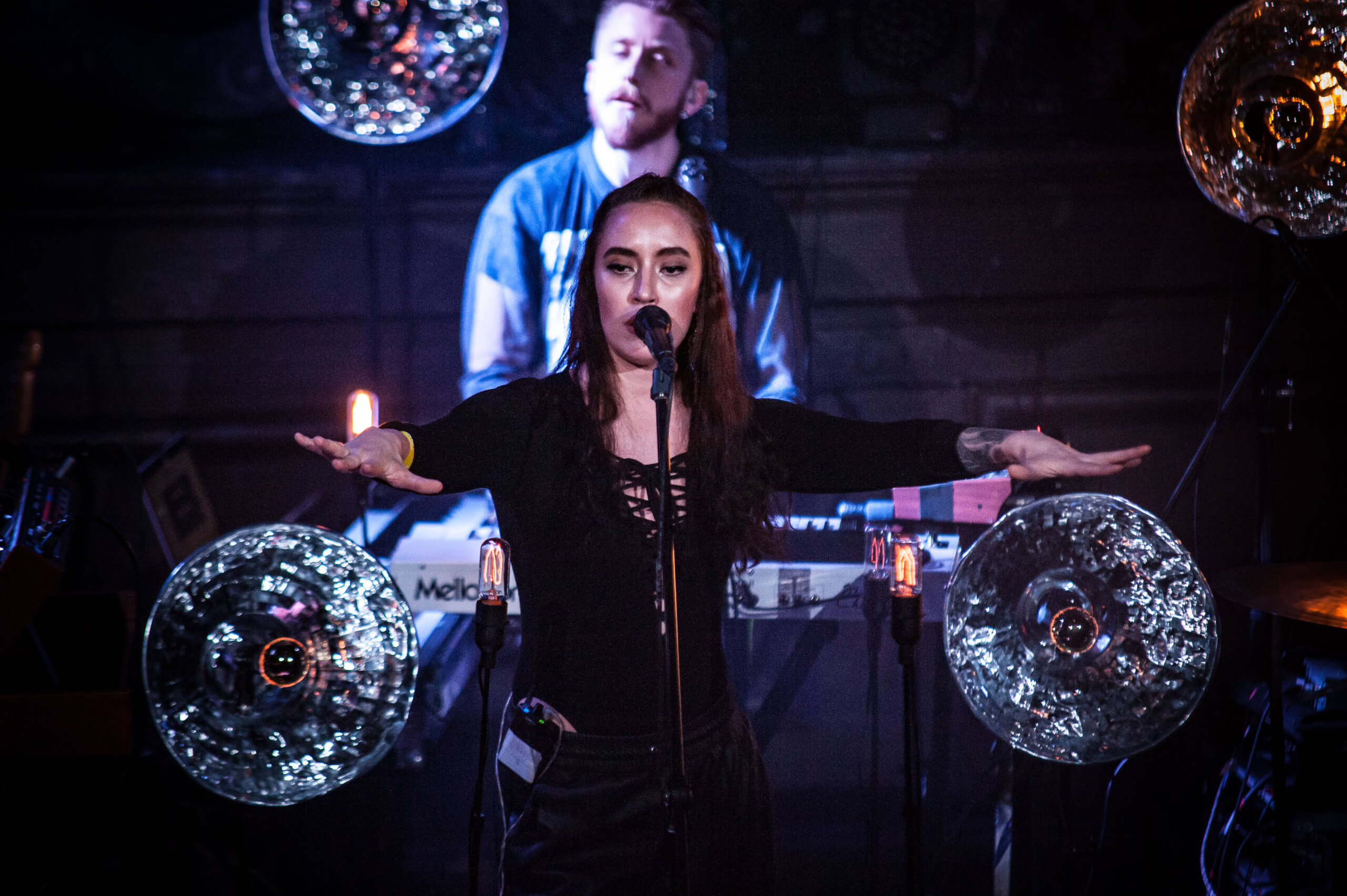 That is not to say that the impact of Highasakite’s set is one of melancholia; as polyrhythmic drum grooves, heavily effected brass parts and heart-in-your-mouth bass drops ebb and flow, the intense performance the band gives feels more like a bold statement of intent than a cry of hopelessness. As the crowd filters out, there is a smile upon everyone’s face, with a feeling that we’ve witnessed something really special.

Highasakite are back in London at Village Underground on May 4th. Camp Echo is out on May 20th. Words by Herbert Clemence Fandango