Bare Hunter are not just the next band you should listen to or the next band you should see in the flesh. In fact, they are the kind of band you want to shower in. This sheer act of cleansing your corpus of dirt in this precious sweat might just enable you to absorb some of the immense soul, spirit and razzmatazz that this trio convey in every riff, yelp, kick-drum and  snare – which by default would makes this the best shower of your life. 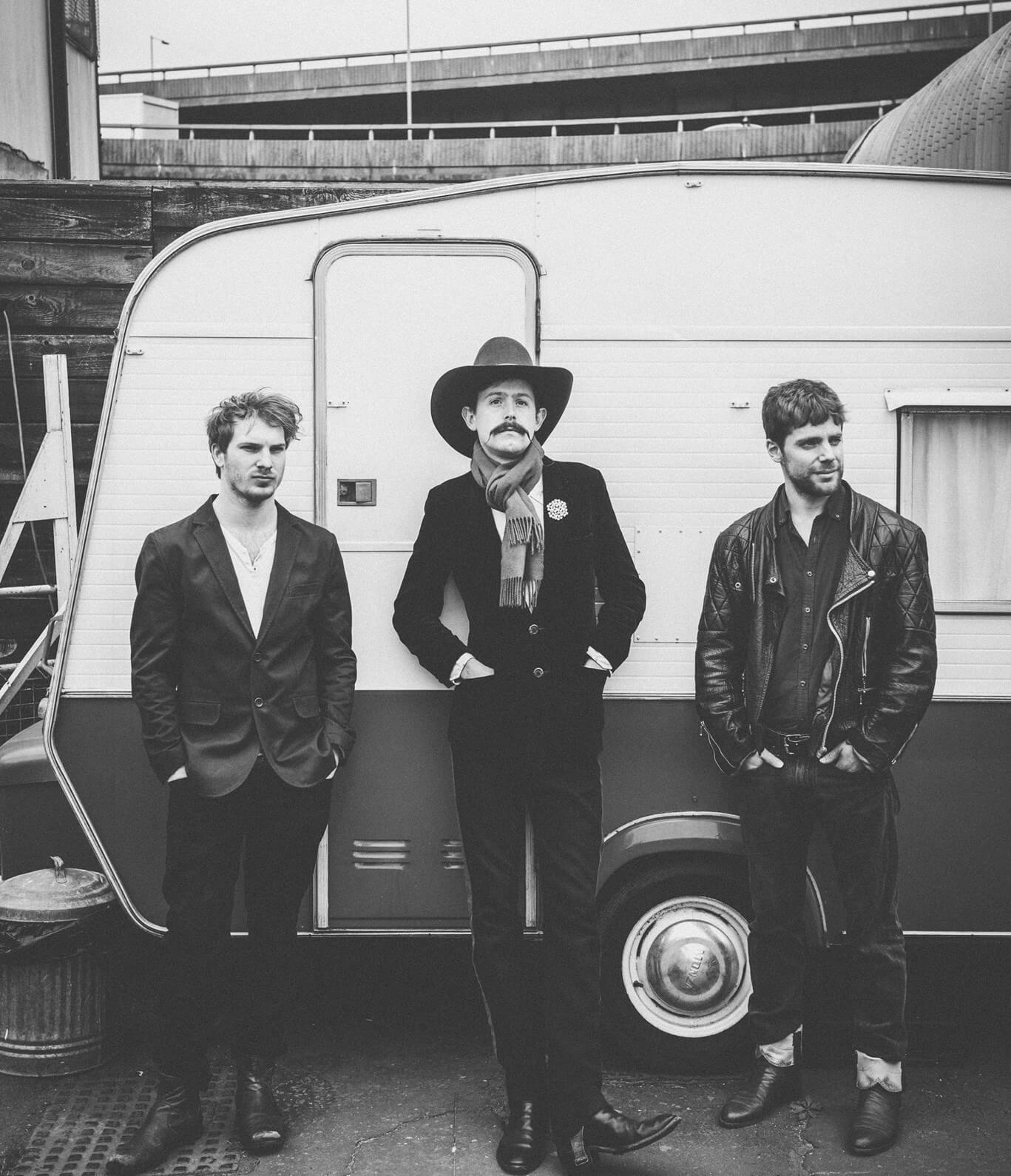 I discovered them by chance when About Time favorites Bella Figura played a gig at Mode in Notting Hill, a nightclub premises that has been through more changes then David Bowie. This chance meeting lead to the gestation, conception and delivery of a music video for their track “Esmeralda” a pure piece of garage rock capturing Quasimodo’s pain, which is being given its About Time world premiere and collaboration between myself, the best director of photography to emerge from France, since Napoleon’s personal videography, Jordi Castan and a man so technically proficient that before the light has gone out  he has already graded 12 shots, Chris Blundell, which has  has lead to the worlds first interplay between fire, crazy gold and dinosaurs, enjoy viewing here.

Now that you’re taste buds are raised, Bare Hunter can be heard, felt and even licked (Jack Only) at Paper Dress, Shoreditch on Curtain Road This Friday. You heard about them here first, not in fucking NME.