When you’re in London, different bars pop up in the city every week, and there’s always somewhere new to check out when you head out with your mates. If you’re the type who prefers to go out for entertainment rather than just sitting in the pub, then you’re probably well versed with karaoke bars, given that the city has exploded with the traditional Japanese kind in recent years.

Even if you love a night out at karaoke, though, there are only so many times you can hear someone murdering Mr Brightside or fancying themselves as the next George Michael. That’s why the rising trend of Hip Hop Karaoke is so interesting. This phenomenon which is taking London by storm. There’s ample proof that alternative nights out are capturing our interest. Proof can be found in Peckham Levels’ success, which celebrates its first birthday in 2019.

Hip Hop Karaoke operates much like a traditional karaoke night. Those who fancy strutting their stuff pick from a range of tracks and hand them to the DJ before waiting their turn. If you want to get ahead of the pack and pick your songs before you get there, then you can find the song list on the official Hip Hop Karaoke website.

Hip Hop Karaoke started as a weekly Thursday night gig in Marylebone but has expanded since. Nowadays, you may find yourself rapping along to tracks at places such as the Queen of Hoxton or the Tate Modern, which will host three takeovers of the art gallery alongside popular craft brewers Fourpure. Whilst they may have gone mainstream, Hip Hop Karaoke haven’t sold out – you can still head to the Queen of Hoxton in Shoreditch every Thursday from 8 pm to get your weekly dose of Hip Hop Karaoke action.

If you fancy yourself as the next Missy Elliot, you’ll have the chance to live out your dream as the next big hip hop star. You’ve probably spent years training for this moment in the shower only to be snubbed by karaoke bars who don’t have the unique selection of hip hop music in which you’re well versed. You won’t have to find a club for the end of the evening because Hip Hop Karaoke nights don’t end until 2 am, and have regular breaks for getting on the dance floor with the resident DJ, so you can dance to your favourite tracks.

Granted, hip hop is no longer an underground subculture thanks to artists taking it mainstream both in the UK and across to the USA. Canadian rapper Drake has been responsible for taking hip hop into the super mainstream, appealing to hip hop lovers and pop worshippers alike. The fusion of hip hop and karaoke seems like a natural transition, given that so many people pride themselves on knowing the lyrics to their favourite tracks. How many times have you managed to rap the whole of 8 Mile successfully and wished that you had an audience there to witness it?

Hip Hop Karaoke has been chosen by Wink Bingo as one of their top picks for ingenious nights out alongside roller disco and drag queen bingo, both of which can be conveniently found in Vauxhall. The roller rink is right next to the bus stop and holds regular roller disco nights, often themed. Head on a Tuesday for your cheesy ’90s fix. For drag queen bingo, you’ll want to head to the epicentre of LGBT culture south of the river. The Royal Vauxhall Tavern was arguably the pioneer of bingo led by talented drag queens, with Timberlina hosting bingo each month and awarding cheeky prizes such as quilted loo seats and toilet roll dollies.

Hip hop crosses over many genres of music, and has evolved continuously since it first exploded in the 1980s on the streets of the Bronx. Original artists have become legends, and this venture into the mainstream made household names of artists such as RUN DMC and Eminem. Suddenly, scrawny white boys were wearing oversized basketball vests and backwards caps. More recently, British artists such as Lethal Bizzle and Loyle Carner have taken UK rap mainstream and on to popular radio stations. Over the past 20 years, UK rap has gone from being an underground subculture, tucked away on early Nokia phones, to being a nationwide phenomenon and playing at Radio 1’s Big Weekend. This success could be attributed to many things, from the rise of the internet to the current obsession with street culture. Social media sites such as YouTube make it easier to discover artists who may have otherwise stayed underground. The ease with which we can now access music from accross the globe may also explain the trend towards Latin-influenced pop that we’re seeing in 2019.

Rap’s popularity could also be attributed to a street culture trend. Previously, tracksuits and rap music were associated with urban culture, but a nostalgic fashion trend has reclaimed brands such as Adidas and Fila. Influencers have been pushing this street trend, taking brands such as Carhartt from urban fashion into high fashion. For the middle classes, wearing a Fila shell top makes them feel as though they have a stake in their East End community themselves. Brands such as New Balance are experiencing a renaissance, which has surged their popularity higher than it was in the 1980s when they were first seen on the terraces of Britain’s football stadiums.

Like the chicken and the egg, it is tricky to know which came first, but it is clear that the rise of the internet and an interest in street culture has pushed rap into the mainstream. In 2019, with pub culture on the wane, promoters are trying their hardest to get us out for the evening. We want to subvert everything: morning raves, expensive cereal, Hip Hop Karaoke – and it’s working. We’re able to experience what it might be like to be Missy Elliot for the evening amongst people who also love rap.

If you’re sick of going to clubs with sticky floors and dancing to cheesy tracks, then Hip Hop Karaoke is an interesting alternative. You’ll get to witness some fine talent and maybe take a chance on yourself. Finally, knowing all the words to It’s Tricky will finally be more than just a party trick for twelve people, and you can show off your skills to a crowd of adoring fans who are just as happy as you that they aren’t having to listen to Fleetwood Mac being murdered by their mate. 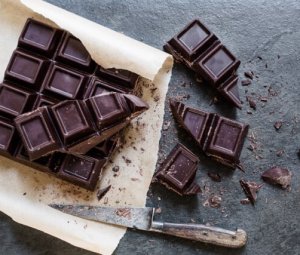 About Time You Saw: Sunset Limited