About Time: You Discovered the Best October Supper Clubs in LondonBy Angelica Malin

London, you really do deliver the goods when it comes to supper clubs. This months sees a whole host of foodie events taking place across the capital – there’s everything from a pasta banquet to a curry celebration. Hungry? It’s time to eat: 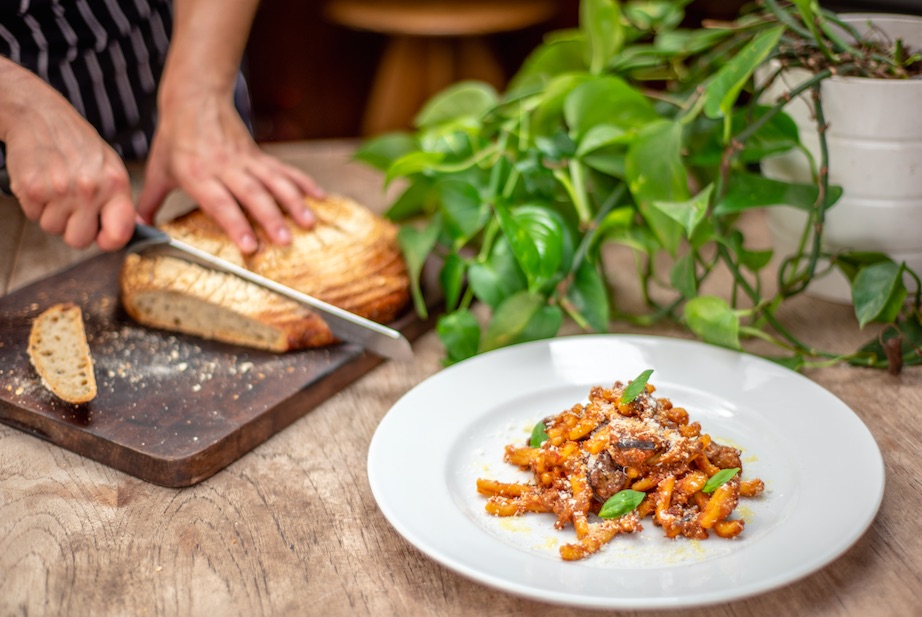 What: The Sicilian Supper Club is a new series by Emilia Strazzanti, showcasing fresh and seasonal produce from Sicily. Hot on the tail of Strazzanti’s sellout supper club in the summer at Hackney City Farm, Emilia is working with east London suppliers, to serve the five-course traditional Italian feast, inspired by both British and Sicilian ingredients.

The Event: A selection of aperitivo and stuzzichini such as deep-fried primo sale cheese with honey and Sicilian oregano, and capuliato sundried tomatoes with fresh ricotta and basil served alongside a welcome cocktail by Hackney Coffee Company, will kick off the evening. Next up is the antipasti course of caponata Siciliana and cherry tomatoes with Strazzanti’s pesto Trapanese served with E5 Hackney Wilde Bread. And in true Italian style, Strazzanti has collaborated with Shoreditch-based homemade pasta specialist, Burro e Salvia where Emilia was previously the pasta chef. Together they have created a traditional fresh pasta of slow-cooked pork rib sugo served with ricotta and pecorino encased in a fresh marjoram infused cappellacci pasta. 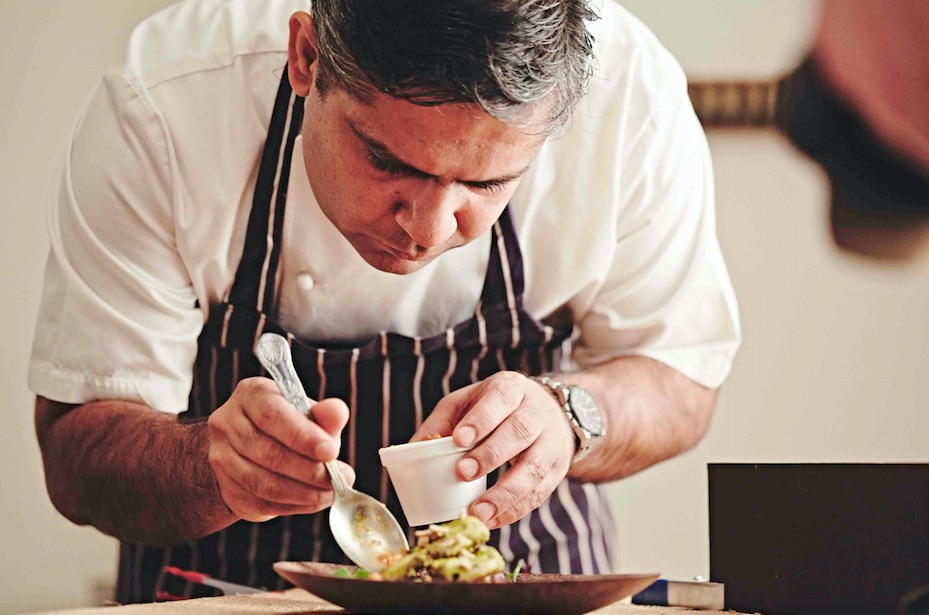 What: On 10th October during National Curry Week, Mark Hix will join forces with Vivek Singh, chef and restaurateur of The Cinnamon Club and Kitchens, for a one-off British curry evening. The two chefs will celebrate the humble Ruby Murray and their love of Indian food and passion for spice at HIX Oyster & Chop House.

The Event: An homage to curry, the full menu of British-Indian flavours – including Vivek’s Old Dehli-style butter chicken and duck heart and liver takatak, and Mark’s seasonal pheasant curry, will allow both chefs to demonstrate how well British ingredients can work in Indian cooking. With a cocktail on arrival and wine paired to each course there will be plenty of time to chat to Mark and Vivek throughout the evening as the hosts share stories of their life in the restaurant industry. 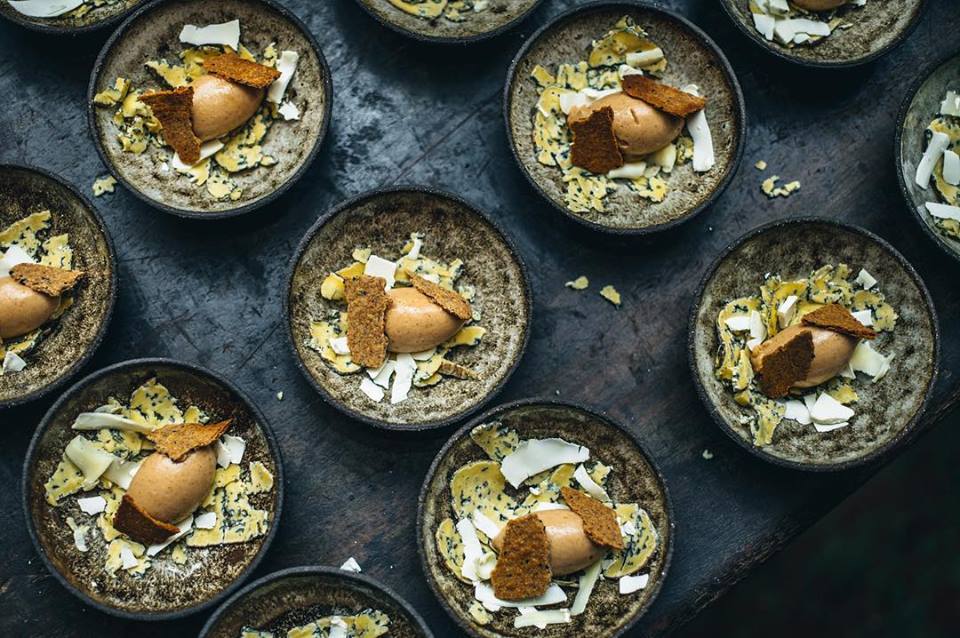 What: In 2015 Gabriel Waterhouse left the grand surrounds of Michelin-starred Galvin La Chapelle with the aim of making fine dining accessible. Since then, Gabriel has been running supper clubs every Friday and Saturday, The Water House Project, in Bethnal Green. 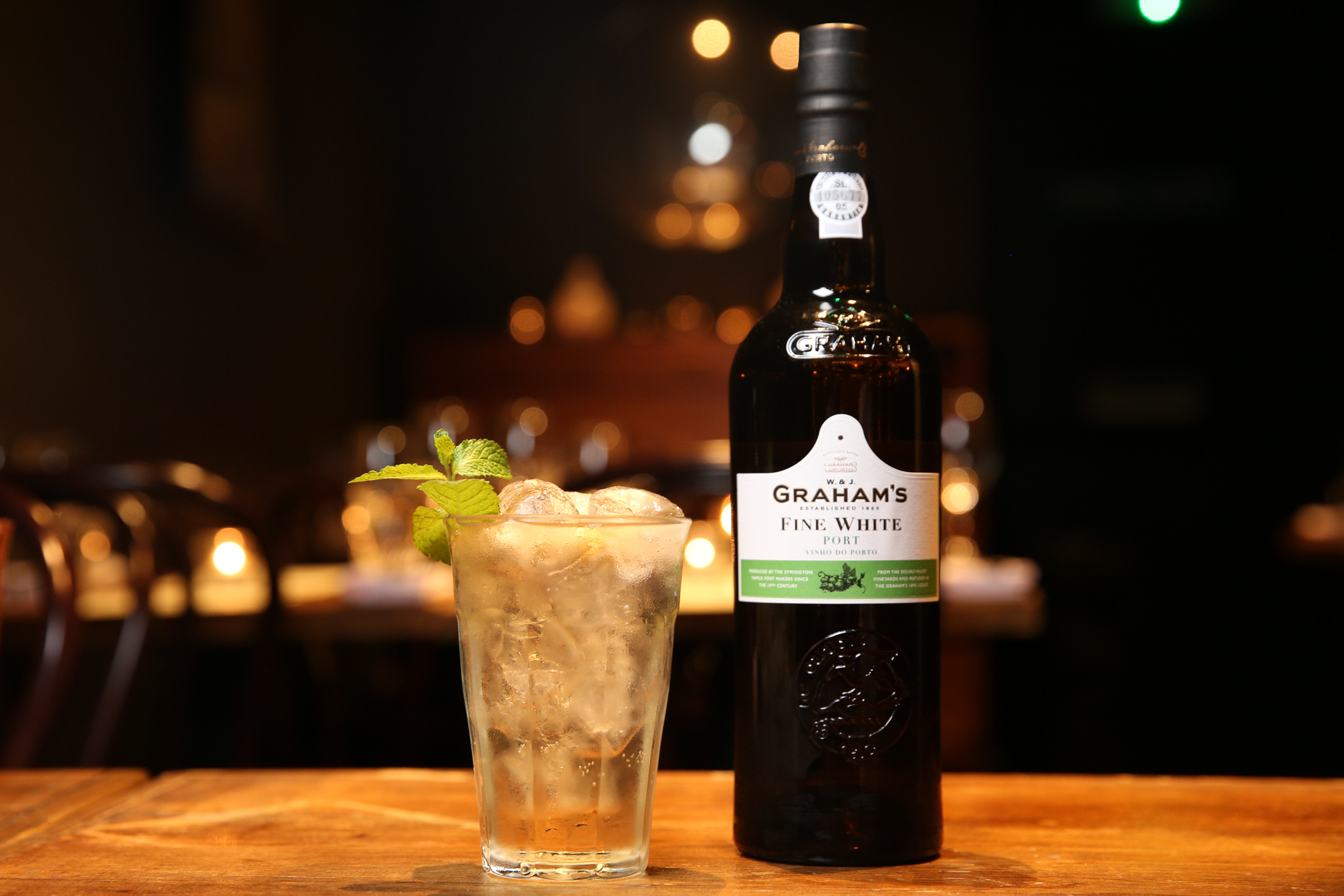 What: Graham’s Port and Disappearing Dining Club will be hosting a series of ‘Little Porto’ dinners that will offer a six-course dining experience inspired by Port and Portuguese cuisine. Hosted at private dining venue Little Quiet, the series of dinners aims to transport you to the Douro for the evening and demonstrate that Port deserves a place at the table all year-round, not just at Christmas.

The Event: Highlights from the menu including pig’s head rillette with rosemary bread; slow roasted pork belly black bean stew; and pan-fried sea bream with baked fennel. Dishes will also be paired with a wine from the Graham’s range and will culminate in a flight of spectacular Tawny Ports – including a wine almost a quarter of a century old. 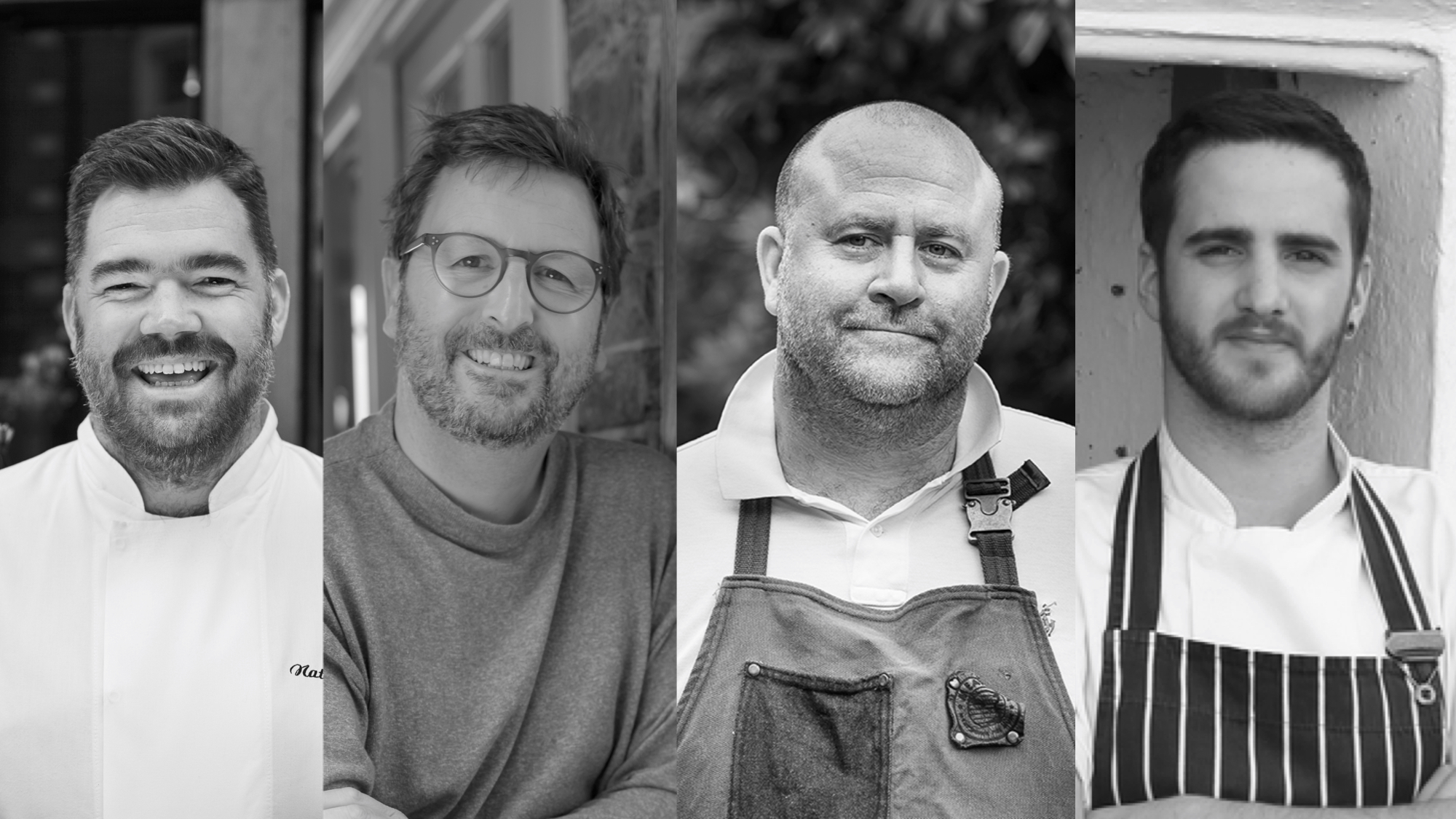 What: In collaboration with some of the nation’s favourite chefs including Richard Turner (Hawksmoor) and Tim Barnes, Nathan Outlaw and his Knightsbridge team bring a series of seafood supper clubs to Outlaw’s at The Capital.

The Event: Hawksmoor’s master of butchery, Richard Turner joins Nathan on 15th October for a classic surf ‘n’ turf dinner. Pairing the best of British land and sea, Nathan and Richard will serve a six-course meal, including chilled oyster with grilled chipolatas; John Dory and lamb tongues; monkfish and duck with BBQ sauce and vegetables; and grilled highland steak with XO sauce, bone marrow and salad. Championing the Cornish day boat fishermen whose catch influences all of Nathan’s menus, Tim Barnes, Head Chef of Outlaw’s Fish Kitchen, will reunite with Nathan in London on 29th October to showcase the best of Port Isaac. Plates include lobster risotto balls with basil mayonnaise; pickled herring with cucumber and dill yoghurt; crab fritters and chilli jam; and a whole John Dory with green sauce and chicory.

6. For a Taste of History: St Pancras Brasserie 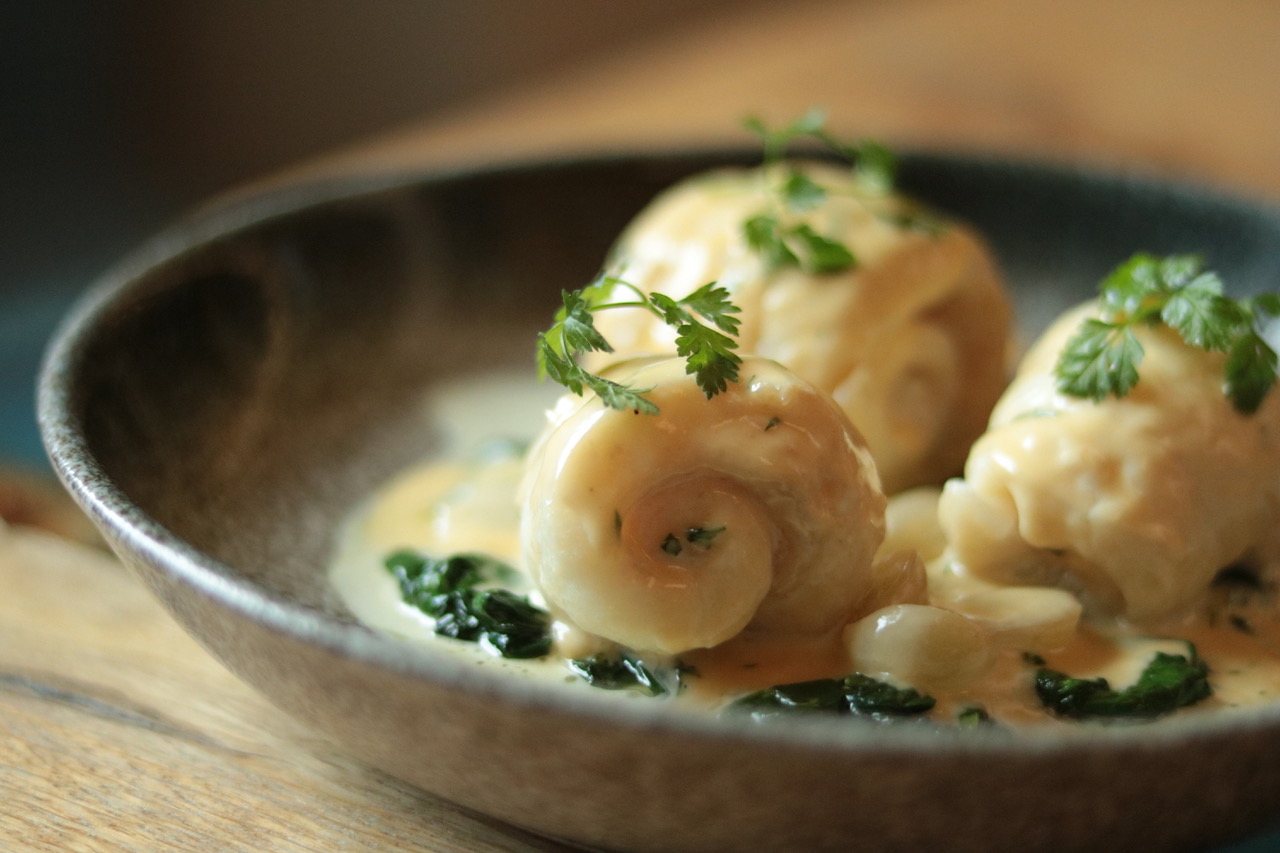 What: In celebration of 150 years of St Pancras Station, one of London’s most iconic landmarks, St Pancras Brasserie by Searcys is hosting a celebratory three-course anniversary dinner on 17th October.

The Event: Dinner will start with smoked eel, a play on the historic dish which was a delicacy during the Victorian era when fresh ingredients were hard to come by. The main course follows with a hearty display of wholesome British ingredients: suckling pig Assiette is inspired by dishes that would have been served on trains in times gone by, while Megrim Sole Veronique pays homage to the nostalgic splendour of the first-class dining experience, when metal trollies displaying alcohol and food would be wheeled through the carriage. And finally, Queen of Puddings takes inspiration from The Midland Rail Line, which originally transported the milk to London from the Millers Dale in the Lake District in the 1800s, a huge transportation leap in the supply of fresh food across the country. A glass of English sparkling wine will be served with each course. 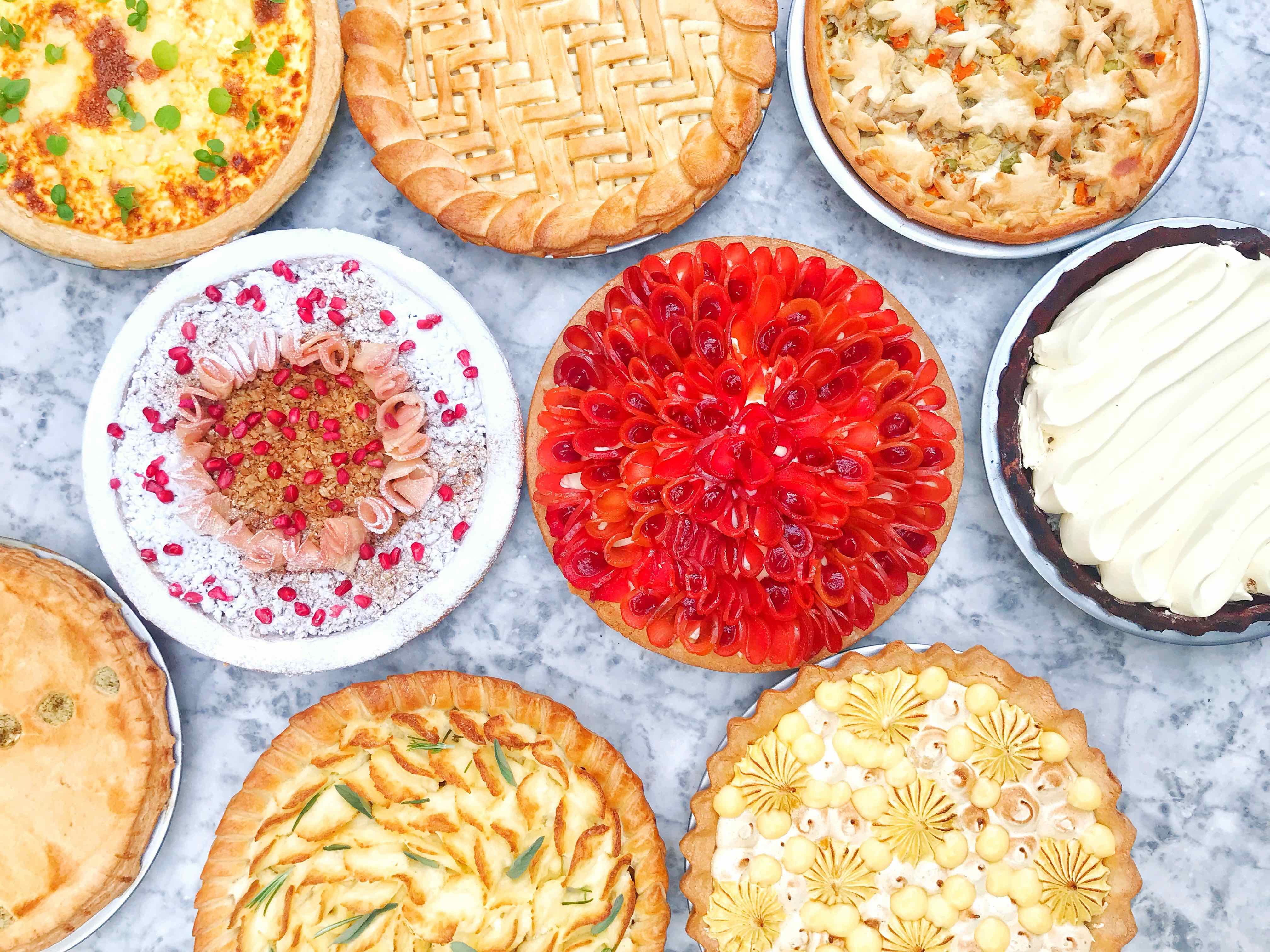 What: Chef Dominique Ansel is bringing his beloved Pie Night to the capital for the very first time marking the start of autumn (and pie season) at Dominique Ansel Bakery London. Enjoy unlimited slices of ten different pies (both sweet and savoury) along with a Sparkling Apple Cider cocktail that’ll be topped up throughout the night, and a server hand-scooping Tahitian Vanilla ice-cream at tables. 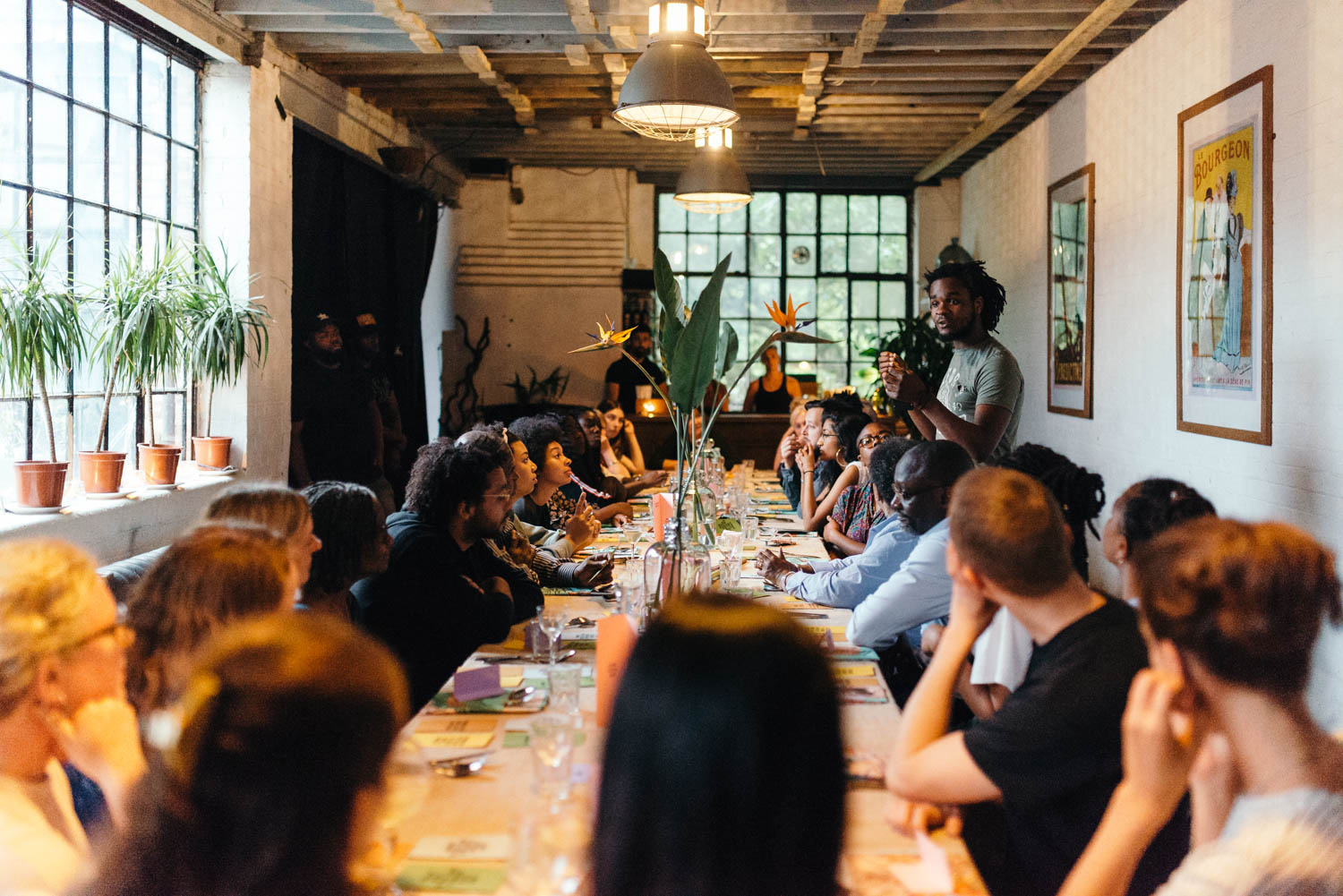 What: Island Social Club is a collective founded by Marie Mitchell and Joseph Pilgrim, who host explorative dining events centred on the cuisine of the Black British diaspora. The Nyamming episodes are a series investigating Caribbean cuisine – no tropical feast of jollof rice, jerk chicken, curried goat, rice and peas – instead, a dining experience designed and curated by Marie and Joseph to share honest, human and British experiences through food. 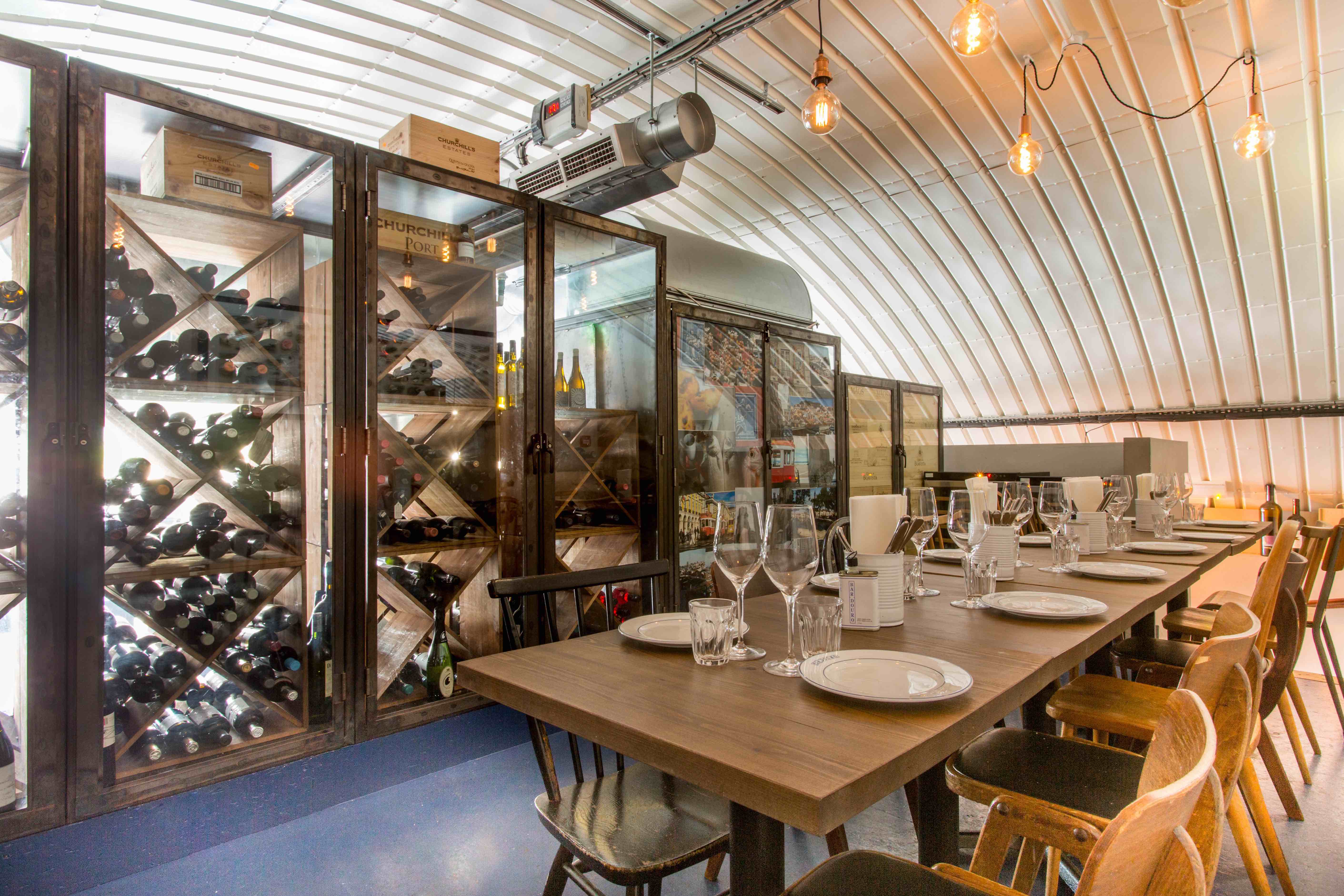 The Event: Pedro and Catarina will explain the role of terroir, tradition, and talhas in their winemaking, and showcase some thoroughly innovative wines too. Wines on offer throughout the evening will include an aperitif of Herdade do Rocim Sparkling Rose Brut Nature 2016; followed by a selection of 5 white and 5 red wines, paired with Bar Douro’s signature dishes including croquettes de alheira; lamb chanfana; and charcuterie/cheese boards. 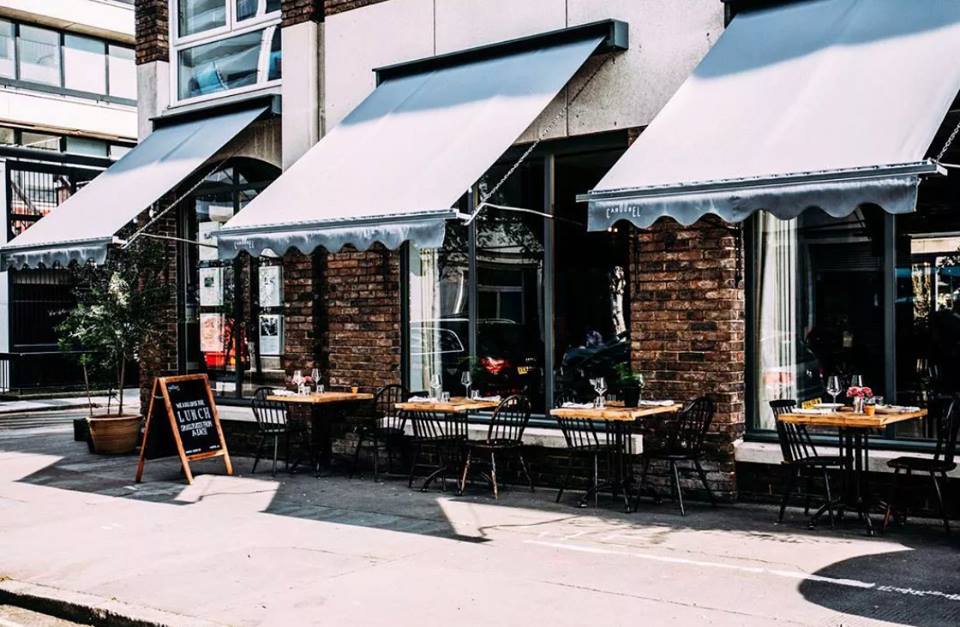 What: Carousel, Marylebone’s revolving creative hub, is welcoming Brazilian Rafael Gomes into the kitchen from 16th – 20th October, to showcase his signature style, using seasonal produce from the British Isles.

The Event:  Rafael Gomes cut his teeth in NYC at Eleven Madison Park and Gramercy Tavern, before moving to France to work under the tutelage of two Michelin-starred chef Mauro Colagreco at Paris’ celebrated Grand Cœur brasserie. Now with his own restaurant Itacoa (named after his favourite beach back home in Brazil) in Paris’ second arrondissement, Rafael incorporates flavours from his Brazilian heritage, his time in New York and his more classical French training to produce inventive, cross-cultural dishes like his own take on ‘Pão de Queijo’ – a traditional Brazilian comfort food, ‘Wild Coley with Carrot, Ginger and Orange’ and his signature ‘Passion Fruit and White Chocolate Crémeux’. Rafael’s dishes are all about balance: hot and cold, creamy and crunchy, savoury and sweet.