About Time You Tried: Open-Air Cinema in CamdenBy Corrina Antrobus

About Time You Tried: Backyard Open-Air Cinema, Camden. It was Grace Dent who said that Camden, now well past its punk phase, is an ‘entry-level fun postcode for newbie Londoners’. She has a point. What once had an edge that could slice a crusty loaf, now seems blunted by withered papier-mâché shopfronts, stoner paraphernalia and déjà-vu inducing tourist shops. You get the feeling the visitors who end up at The Lock looking for somewhere à la mode picked up a copy of Lonely Planet about a decade out of date and are now wondering what to do with their new souvenir gimp mask. 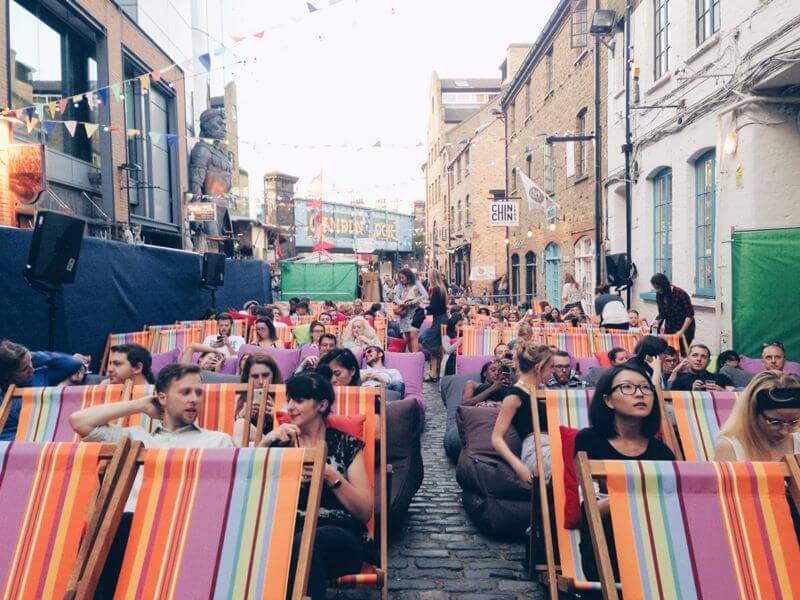 However, it’s summer and as well as the joys of hanging out by Regent’s Canal in the waft of suspicious tobacco fumes, there’s a new reason to hit up Camden Town in the shape of The Backyard Cinema season and the outdoor films it brings. Here’s what you need to know: 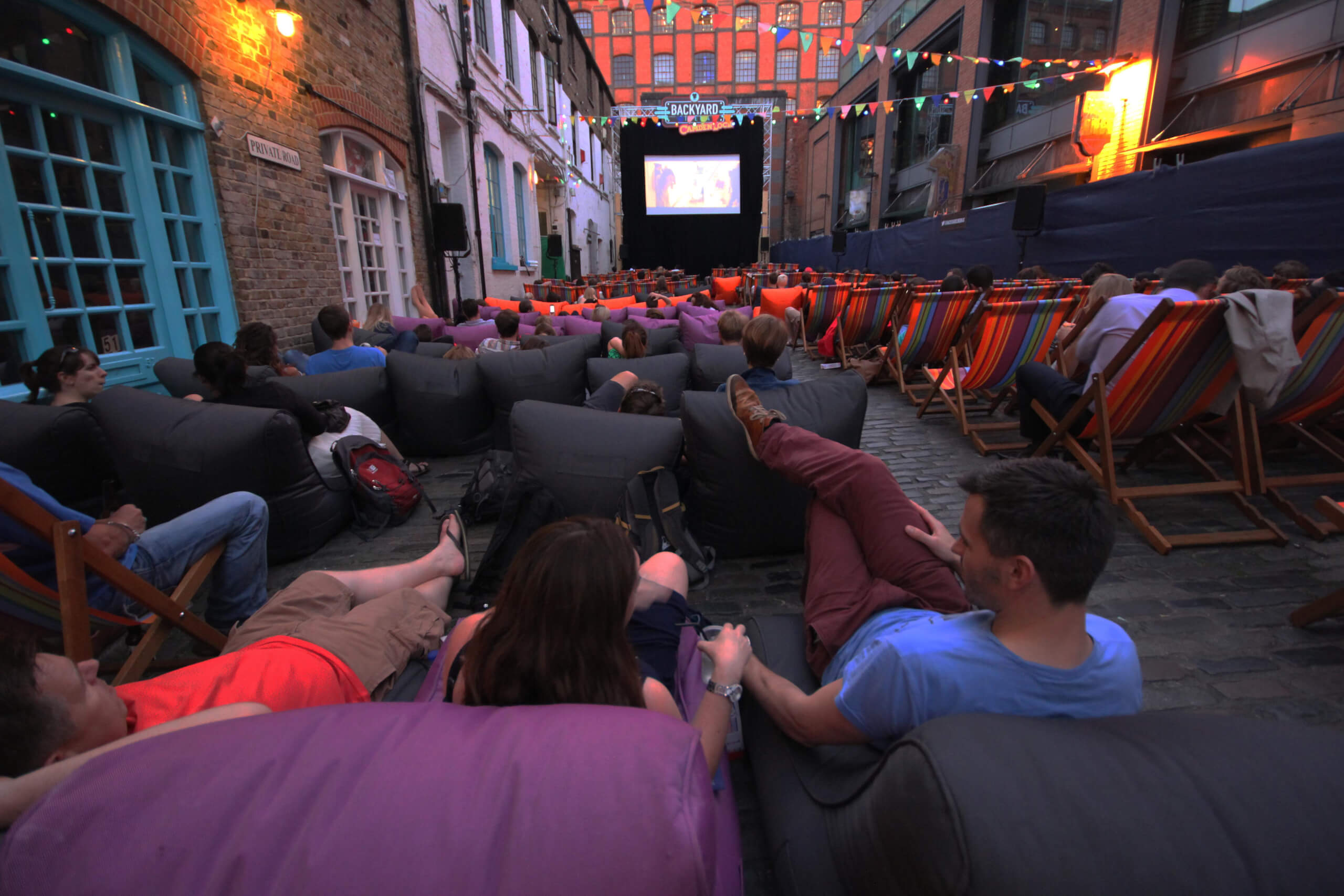 Founder Dominic Davies began Backyard Cinema by setting up a big screen in his backyard (the clue’s in the name) after an underwhelming, overpriced trip to the movies. Its success amongst his friends, family and neighbors inspired him to unleash the concept to the world (well, London) and provide an alfresco cinema experience accessorised with cocktails, burgers and blankets.

Backyard Cinema returns with a series of quality movies to watch on giant beanbags and deckchairs, and on the comfort of Camden’s cobbles. 20 screenings over the course of eight weeks will see classics such as The Matrix – which is celebrating its 15 year anniversary (feel old yet?), Pulp Fiction – which is celebrating its 20th anniversary (bet you feel old now), Ghostbusters, From Dusk till Dawn and Grease. Post millennium movies include Dallas Buyers Club, Spiderman 2, Gravity and Silver Linings Playbook. All features are preambled by a series of short films and live DJ sets to help you snuggle into your giant beanbag before the main event. 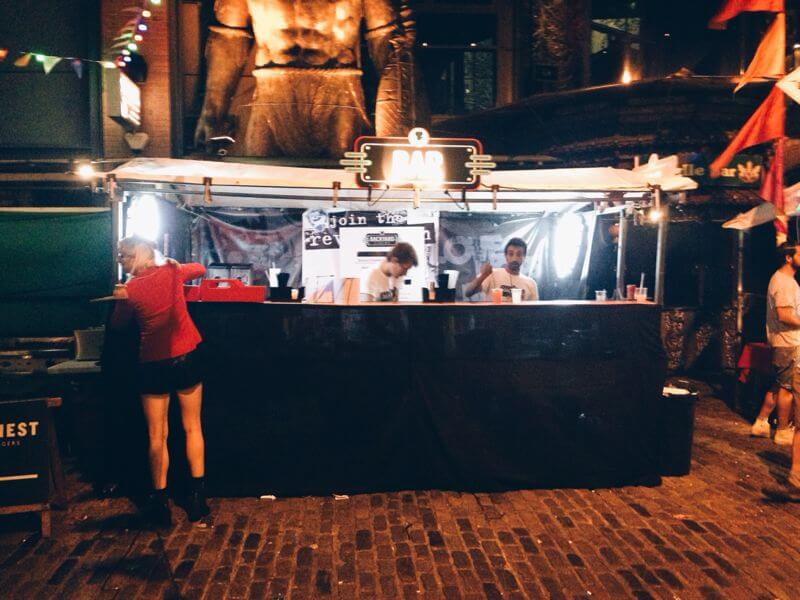 Reliving Uma Thurman suck up a $5 milkshake tends to make one hungry. Luckily, Honest Burger will be flipping the grill and BrewDog beer co will have chilly beverages on hand, ready to be served to your seat by 1950’s style usherettes in scarlet red uniforms. Top that with fancy cupcakes and freshly popped corn and you’ll be full come the credits.

With a 14-ft screen complimented with a team of booming speakers and a night sky for a roof, this is, as Dominic Davies states,“the ultimate pop-up Cinema”.

Tickets range from £15 – £30 but are selling out fast. Check out the program here. 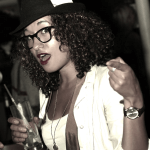 Corrina Antrobus is a writer who uses the cinema as her sanctuary. A bit of a poetry groupie and a born and bred East Londoner proud to call herself a ‘proper cockney’. She’s trying to eradicate the need for sleep as she finds there’s so many more interesting things to do, see and hear in this big beautiful city she calls home. @corrinacorrina