About Time: Best Places to Live in LondonBy Angelica Malin

London might feel like a whole different world, divided into numerous neighbourhoods and districts, some of which give off almost polar opposite vibes. Such diversity and vibrancy might be exactly what draws people to this multicultural metropolis. However, this is also what makes it harder to choose the best area for your future home as there seem to be too many things to be taken into account.

To help you find your perfect neighbourhood, we’d like to shed some light on various areas in London and what makes them different. 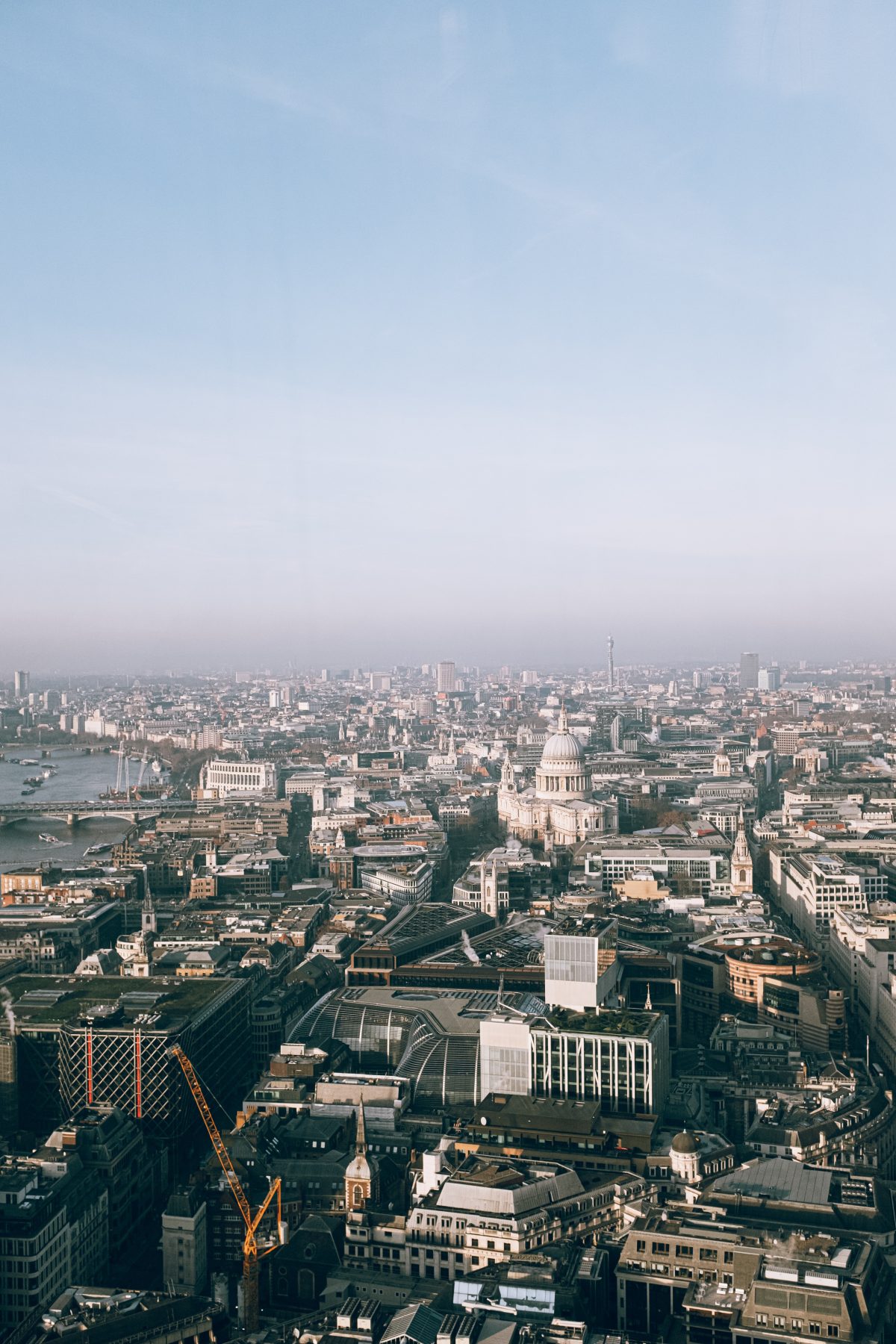 When it comes to finding the right neighbourhood, there is no single answer that fits all people. Everyone has different needs and preferences. What is best for one person may not be best for another. It’s crucial to identify your own criteria that you can use to narrow down your search.

To help you find out what works best for you, we suggest taking into account the following:

There might be additional characteristics that can help you lean towards one option or the other, but the above-mentioned points will help you get through the majority of the search.

For instance, if you have a family, it’s better to settle down in a quiet area with a strong community spirit that doesn’t have many bars or clubs but, at the same time, offers some nice facilities for children.

Meanwhile, if you are a young professional with a drive for new, exciting opportunities, you might appreciate a place with affordable housing options and a wide range of amenities, located near your job and your friends.

Before diving into London’s various districts and neighbourhoods, it’s important to mention the city’s larger parts: regions and subregions.

The metropolis consists of 5 regions:

There are also the following subregions:

Some say that West is best, while others are convinced that Central London contains the essence of the city. Meanwhile, East London has recently become a popular relocation region for creative people, boasting a bohemian vibe and impressive cultural diversity. There is also an old rivalry between the North and South regions, each of which has its own distinctive character.

However, it’s difficult to put your finger on the differences between the regions as they are home to a wide variety of districts and neighbourhoods that all have their own distinguishing characteristics. Instead, let’s start small and explore what areas make up those huge parts of the city.

When you try to name London’s best areas to live in, it’s hard to stay unbiased. However, we’ve tried to compose a list that has something for everyone, be it a family-friendly community or an affordable neighbourhood with some greenery. If an area piques your interest, you can check it for new homes for sale on Korter. The website offers convenient search tools that will help you find your perfect home in any part of the city.

The area is stretched along the River Thames in South West London. Perfect for families, Richmond upon Thames boasts an abundance of greenery, including the largest royal park in the city. In addition, the area has earned the title of the happiest place to live in London 6 years in a row. It’s also considered one of the safest boroughs in the city, making it a perfect area to raise children.

Nestled in South East London, Blackheath is a small town that lies within the borough of Camden. The area provides some peace and quiet, which may come as a surprise, juxtaposed with the hustle and bustle usually associated with London. Moreover, Blackheath benefits from great transport links that allow you to reach the city centre in less than 25 minutes.

Known for its famous festival and filming locations, the area offers a vibrant high street and a wide range of eateries. Nestled in West London, Notting Hill is an affluent neighbourhood, which is considered by many to be a great place to raise kids. The streets are peppered with Victorian properties that create a unique atmosphere but come with a steep price tag.

Located in North West London, the borough of Camden is a perfect choice for young professionals, who seek bustling nightlife and a fun art scene. Peppered with exuberant street art, amazing live music venues, and open-air markets, Camden Town is a sought-after location with some of the highest property prices in the city.

One of the trendiest neighbourhoods, Shoreditch attracts a young and lively crowd that enjoys exploring a wide array of its shopping amenities, high-end restaurants, and vibrant cocktail bars. Once home to the city’s furniture and textile manufacturers, the neighbourhood’s heritage is still vivid in its trademark warehouse chic apartments.

Situated in South London, the lively area boasts an eclectic music and arts scene, accompanied by splendid entertainment facilities. The neighbourhood has a number of tech startups, attracting young professionals to the area, many of whom have fallen in love with its late Victorian terrace houses converted into flats.

Located just north of the city centre, the borough of Islington attracts many young professionals and students with its affordability, proximity to universities, and connections to the city. In addition, there are plenty of startups dwelling around Old Street. The vibrancy of the borough is reflected in its numerous restaurants, bars, clubs, and independent shops.

Perfect for both families and young professionals, the London Borough of Wandsworth is placed in South West London. The area offers great schools and a strong community, coupled with a collection of high-end restaurants, pubs, and shops. In addition, Wandsworth has an array of nice parks as well as Europe’s largest freshwater open-air pool. Two of the most favoured areas in the borough are Balham and Battersea. The former is popular among first-time buyers, while the latter is a good choice for young professionals.

London isn’t known for its affordable living. However, if you’re on a tight budget, you might want to consider buying a property in Bexley, a borough located in South East London. Part of Outer London, the area is placed on the outskirts of the city, meaning that there will be additional transport expenses if you need to commute to the city centre. Boasting a collection of great schools and an abundance of greenery, it’s no wonder that Bexley is popular among first-time buyers and growing families.

Located in South West, Streatham is part of the London Borough of Lambeth. Although the area has had some struggles with its reputation, there have been some major improvements. Moreover, Streatham is home to an array of well-ranked schools as well as an award-winning live music and comedy club. Ideal for young professionals and families, it’s often considered an affordable alternative to Clapham, Balham, and Brixton.

Nestled in South West London, Chelsea lies within the Royal Borough of Kensington and Chelsea. With some of the city’s most expensive postcodes, the area is favoured by celebrities and affluent families. There you can find some of the most prestigious and highest-rated schools in the country, making Chelsea a good place to raise children, albeit expensive. But if you can afford it, you’ll be able to enjoy high-end facilities, fine-dining restaurants, and trendy boutiques.

Placed in North West London, Hampstead is an affluent area with a village-like feel. Arguably, one of the city’s most beautiful neighbourhoods, the area is also rumoured to house more millionaires than any other part of the country. Although located near the bustling heart of London, Hampstead still manages to preserve its idyllic atmosphere. Perhaps, some of it can be attributed to the picturesque Hampstead Heath, sprawled across the area with its beautiful woodland and meadows.

Living in London is an exciting experience. But looking at all those districts and neighbourhoods, the process of choosing the right area may seem stressful and overwhelming. We hope that our short introduction to London’s best neighbourhoods can help you make that decision.

On the other hand, the sheer diversity this city offers makes you think that, no matter who you are and what you are looking for, you can find a home there. Thankfully, nowadays you don’t even need to be there in person to pick the best option. You can find all property developments in London on korter.co.uk.

It may take some time and meticulous research to find the right area. But being surrounded by like-minded people and a welcoming environment will definitely be worth it.