The Central line has turned into a sauna, the beer gardens are beginning to fill, and the ice cream vans are out in force. Summer is here, people. Here are five fantastic events in London this weekend: 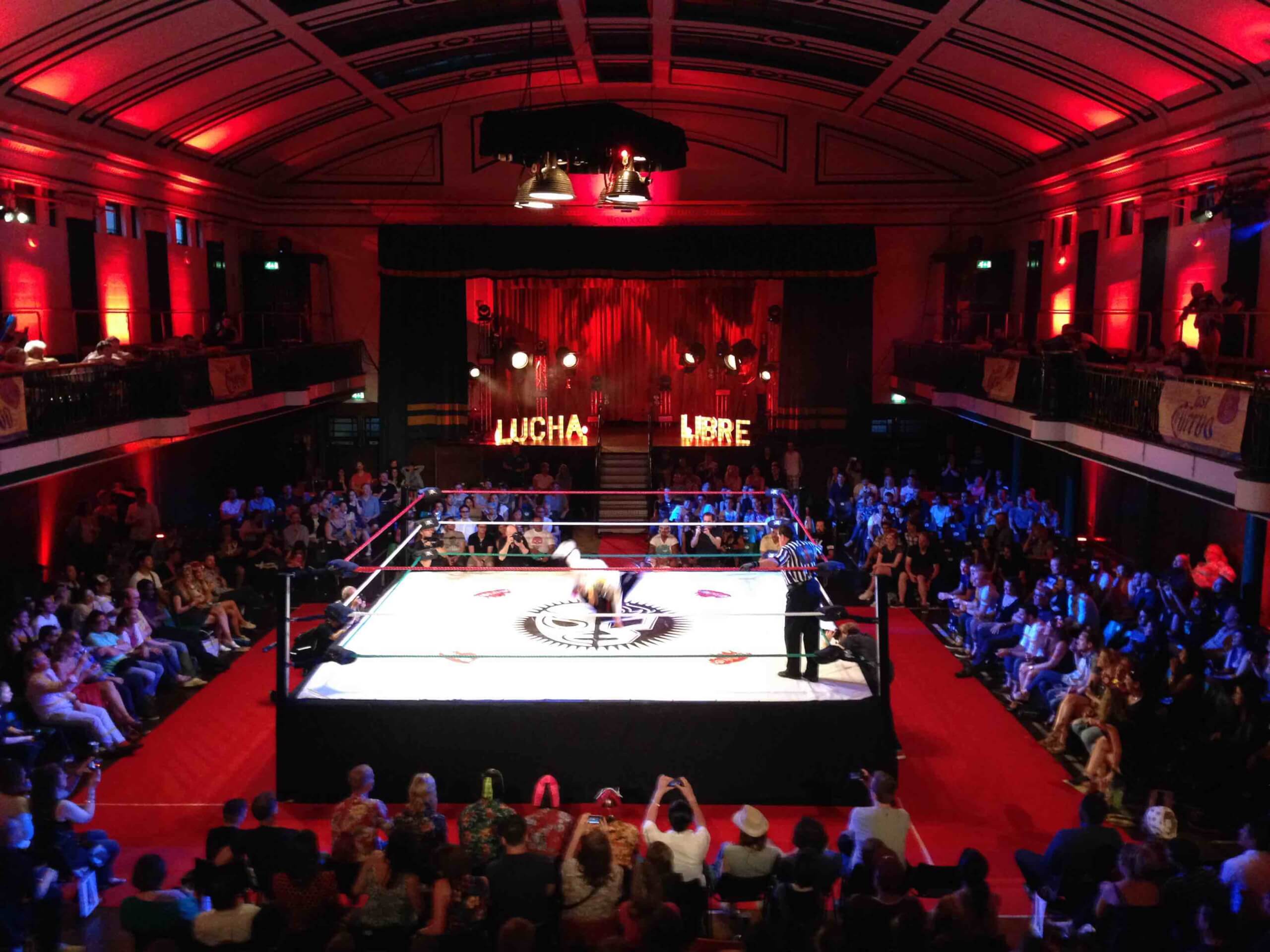 What: Mexico’s iconic masked superheroes are ready to rock London’s York Hall on 23rd and 24th June. Featuring some of the sport’s most exciting names and colourful characters, The Greatest Spectacle of Lucha Libre will invite spectators to experience the acrobatic, mythical, and often dangerous world of Mexico’s masked wrestlers.

Why: Presenting a stellar line-up of Mexican and British names, ‘The Greatest Spectacle Of Lucha Libre’ will feature some of the biggest stars of Lucha Libre. Mexico is currently celebrating 100 years since the birth of one of its greatest Luchadores, El Santo. El Santo was Mexico’s first and biggest Lucha Libre star in the ring and has appeared in films, comic books and is now part of Mexico’s popular culture. This year, the UK welcomes back his son and one of Mexico’s successful luchadores, El Hijo del Santo to the ring, and his Grandson and the new heir to the iconic mask, Santo Jr.

2. For a Music and Food Mash Up: Ceviche Old St 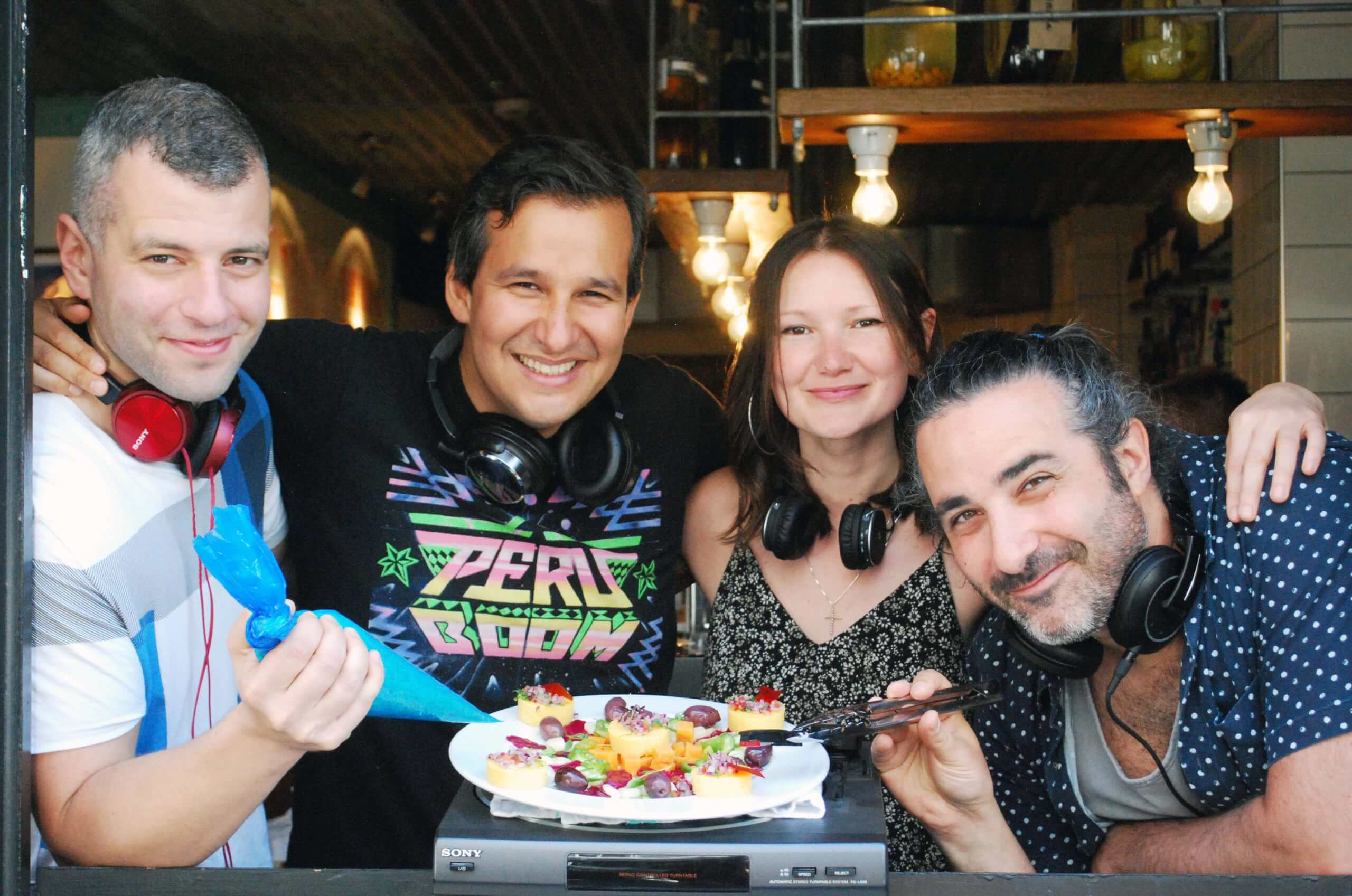 What: This Saturday (24th), Ceviche Old St will host a one-off food and music mash-up, curated by Chef and DJ Martin Morales for an eclectic celebration of the capital’s most-loved flavours; from Indian to Italian, Chinese to Peruvian and sounds bridging reggae, funk, soul and chicha.

Why: A long-standing champion of music and food as a force for good, Martin has gathered his favourite chefs including Carl Clarke (Chick n’ Sours), Lily Vanilli, Harneet Baweja (Gunpowder), Yianni Popoutsis (Meat Liquor), Melissa Hemsley, Neil Rankin (Temper), Jacob Kennedy (Bocca Di Lupo) and the formidable restaurant critic Grace Dent, along with DJs Mister G, Andy Morris (aka Narcotic Thrust) and one of the world’s most exciting DJs, DJ Yoda spinning plates and disks for one night only.

3. For a Treasure Hunt: THATMuse 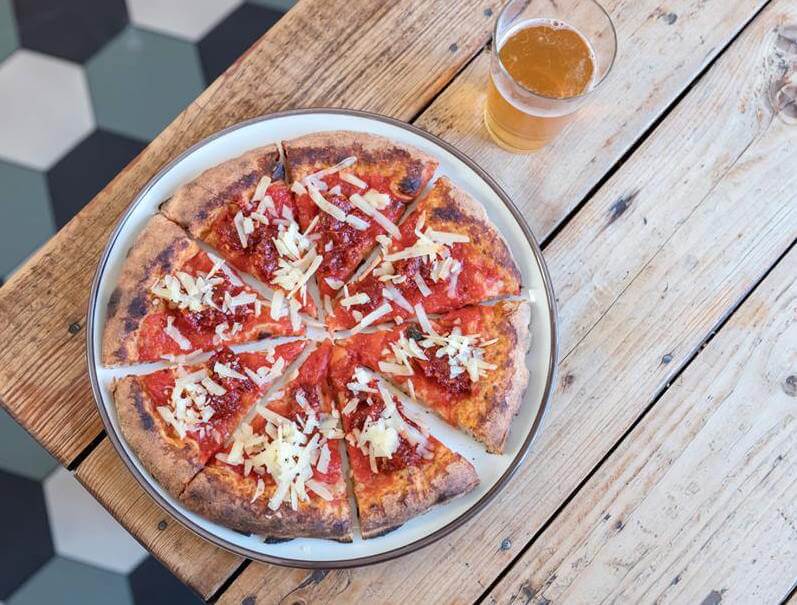 What: Put your brains and your embarrassment levels to the test on THATMuse‘s brand new ‘Love Hunt’ taking place at the British Museum on Saturday afternoon. The hunt typically lasts ninety minutes and requires a team of 2-4 people. Everyone is presented with a pack of different artefacts to find and then photograph their team with (often in an amusing pose).

Why: This unique scavenger will spot treasures depicting romantic, salacious and unrequited love throughout history.  A silly Saturday outing, the hunt is filled with amorous tales of varying degrees of naughtiness: treasure hunters will spot Venus, photograph themselves with a well-endowed Priapus and serenade passers by. 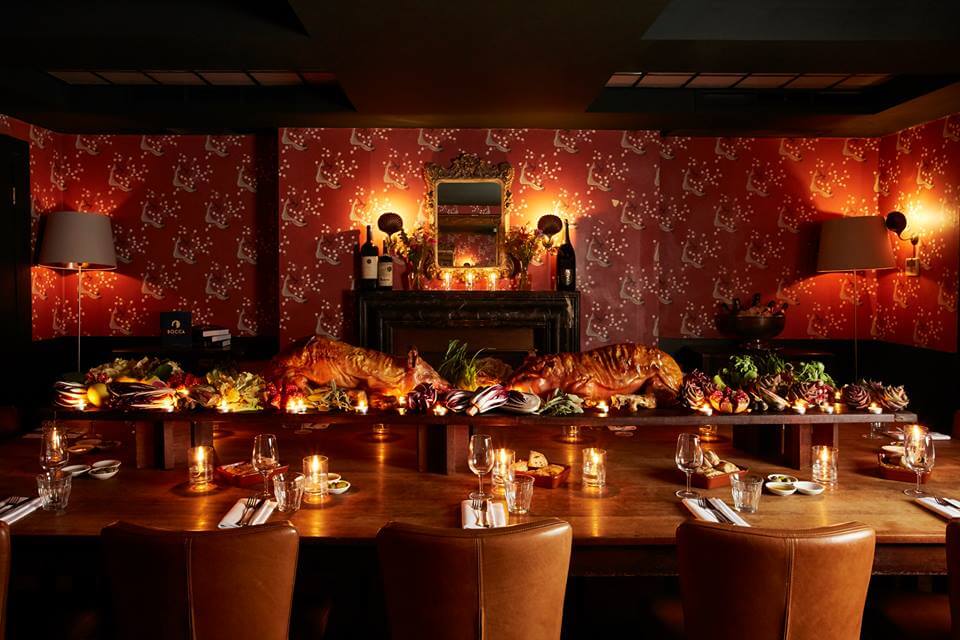 What: Critically acclaimed Italian restaurant Bocca di Lupo will continue its series of regional ‘takeovers’ with a special selection of dishes originating from Sicily on Sunday (25th June). Prepare to feast on a range of pasta, antipasti and all the carbs.

Why: Bocca di Lupo’s private dining room will be opened up to all and transformed into a convivial feasting den, with the region’s tasting menu, banquet-style sharing tables, and informed guides to the food and wine of Sicily. Guests will be able to feast on pastas from this beloved Mediterranean island. Dishes will include bucatini and cauliflower beaten with pine nuts, raisins, anchovy, saffron and breadcrumbs; risotto with almonds; and paccheri with aubergine, swordfish and mint.

5. For Art and Installations: Calvert 22 Foundation 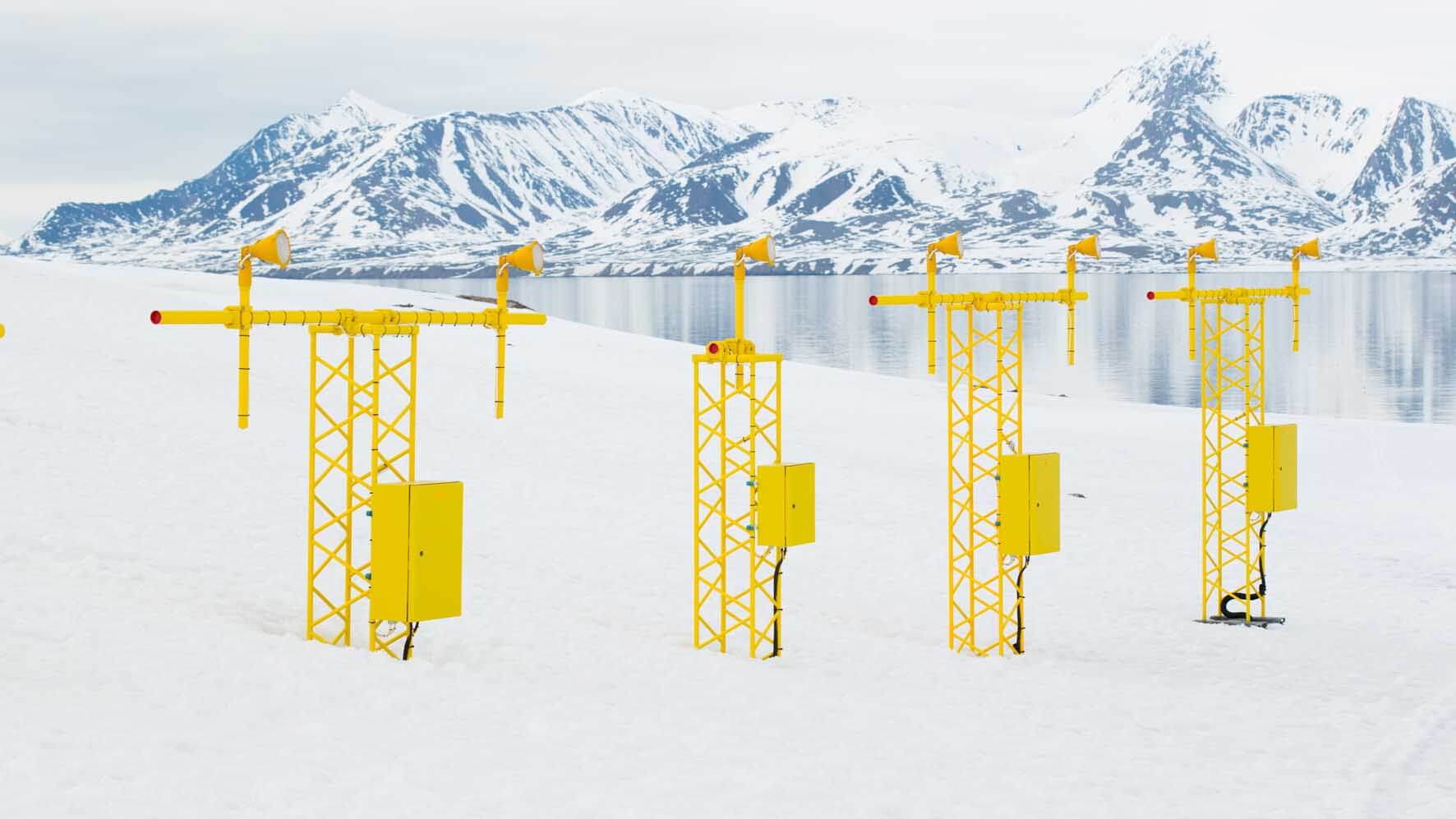 What: Calvert 22 Foundation present a new group show of 9 artists from New East countries; Russia, Eastern Europe, Central Asia and the Balkans. The show is about the construction of history, the way it is written and what powers write it. These artists have responded to the past and presented video works, sculptural installations and mixed media works which will be on display until 20th August.

Why:In the exhibition, Lithuanian artist Deimantas Narkevičius rewinds history with his iconic video work, Once in the XX Century. Filmmaker Jonas Mekas discusses politics, his experiences, his dreams, and his past life as a bumblebee with curator and cultural attaché Justė Kostikovaitė, and London artist Johnston Sheard in a conversation titled On Life. American artist Emily Newman’s The New Chelyuskinites brings us back to a 1933 Soviet expedition of experienced Arctic explorers and unseasoned enthusiasts traversing the Northern Maritime Route in a conventional ship instead of an icebreaker.

6. For All the Brunch: Ketel One Vodka x London Food Month 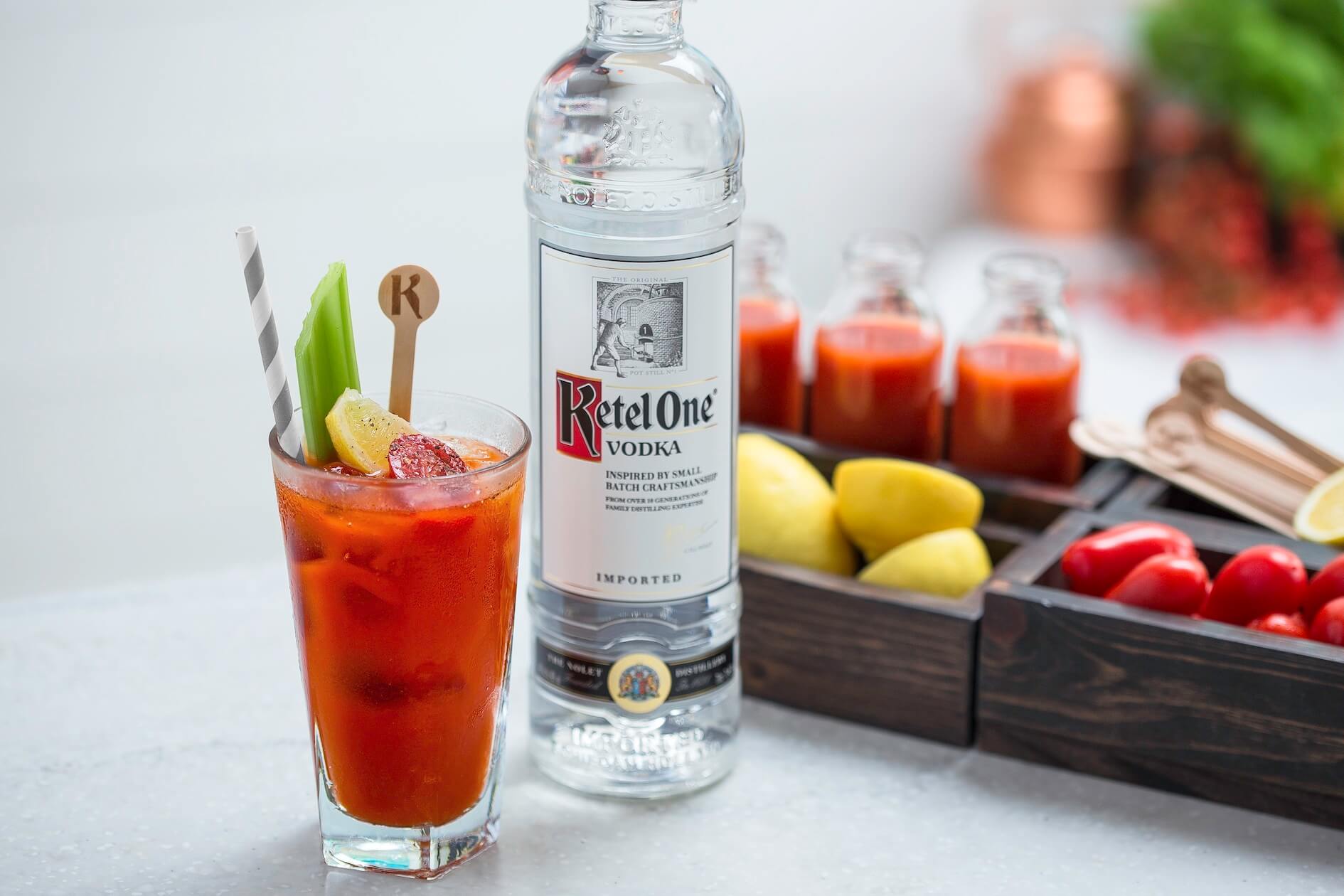 What: For brunch lovers, Ketel One Vodka will celebrate London’s best brunches and Bloody Marys at some of the capital’s best restaurants, showcasing brunches from around the world. From Robin Gill’s Paradise Garage for a quirky Dutch Brunch menu, in collaboration with Michael Zee from Symmetry Breakfast,  aqua kyoto for Japanese sushi, Dirty Bones for New York style comfort food and Mayfair hot-spot MNKY HSE for a Latin American feast. Ketel One will take you on a whirlwind tour of the globe’s cuisine, celebrating London’s favourite meal of the weekend.

Why: Ketel One will launch (25th) their Dutch Brunch at Bethnal Green hotspot, Paradise Garage during London Food Month. The brunch will be comprised of dishes created by the expert chef team from Paradise Garage, Simon Woodrow and Patrick Williams and Michael Zee, whose Dutch husband Mark was the inspiration behind his now globally recognised Instagram feed – Symmetry Breakfast. Mayfair’s latest hotspot, MNKY HSE, has transformed their usual Brunch Party with the help of Ketel One Vodka Bloody Marys that have been masterfully paired with an exciting menu curated by executive head chef Pablo Peñálosa Najera. And every weekend throughout June, enjoy Ketel One Vodka Bloody Marys alongside aqua kyoto’s spin on the perfect brunch.

Where: Various locations across London