No plans this weekend? Never fear, About Time to the rescue. We’ve got you covered with great things to do in the capital this weekend, including Oktoberfest fun, a beer festival, a pooch party and more. Let’s all crack open the beers and enjoy the sweet autumn breeze: 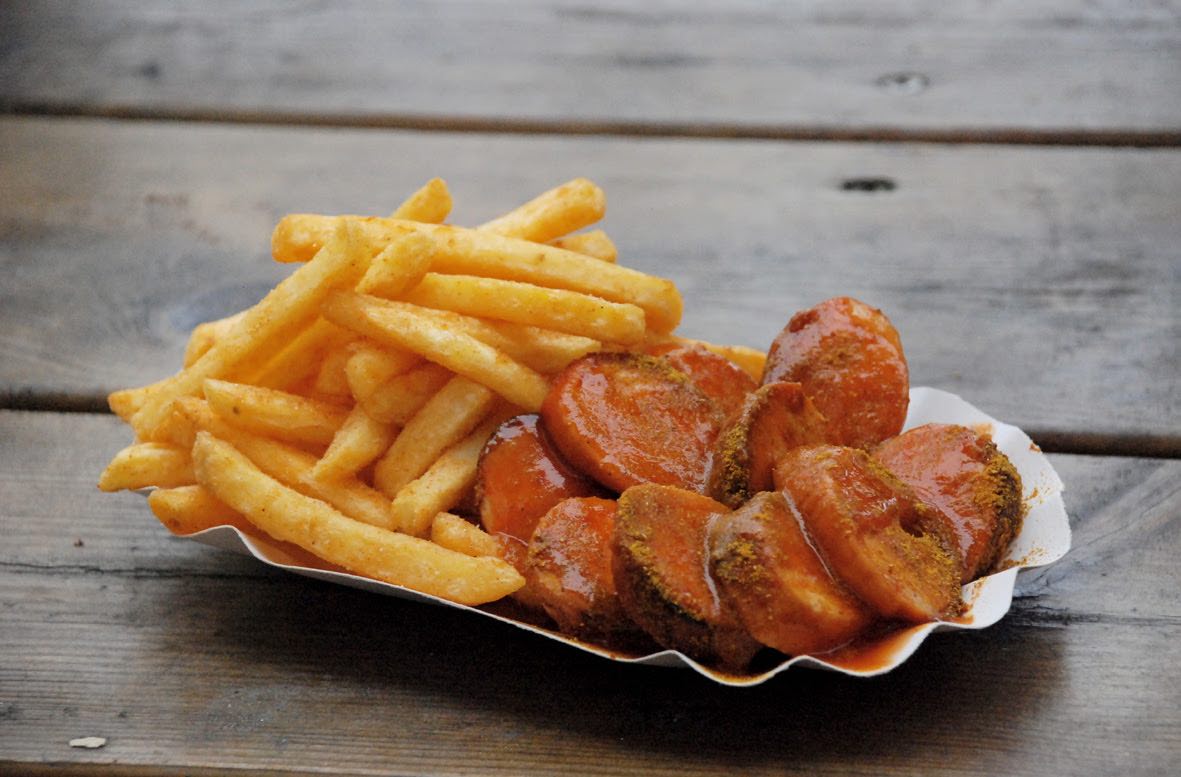 What: Herman ze German are venturing south of the river this weekend, as the sausage kings are the headline pop-up stall at the much anticipated Brixton Oktoberfest. Home to Brixton Beach, the rooftop will be transformed for two nights only (13th-14th) into a Bavaria meets Berlin Oktoberfest heartland.

Why: Expect the biggest craft beer selection in all of south London, plus steins of prosecco, Oompah Bands covering classic dance tracks, Bier Stein Pong, and the Wurst Karaoke Ever. Herman ze German will bring their very own BLCK Forest Brew and signature Currywust to the party. The sausage specialists’ authentic chopped German Bratwurst is grilled to perfection, topped with their very own warm curry tomato sauce, and served with paprika spiced fries.

Price: Tickets from £10 are available here. 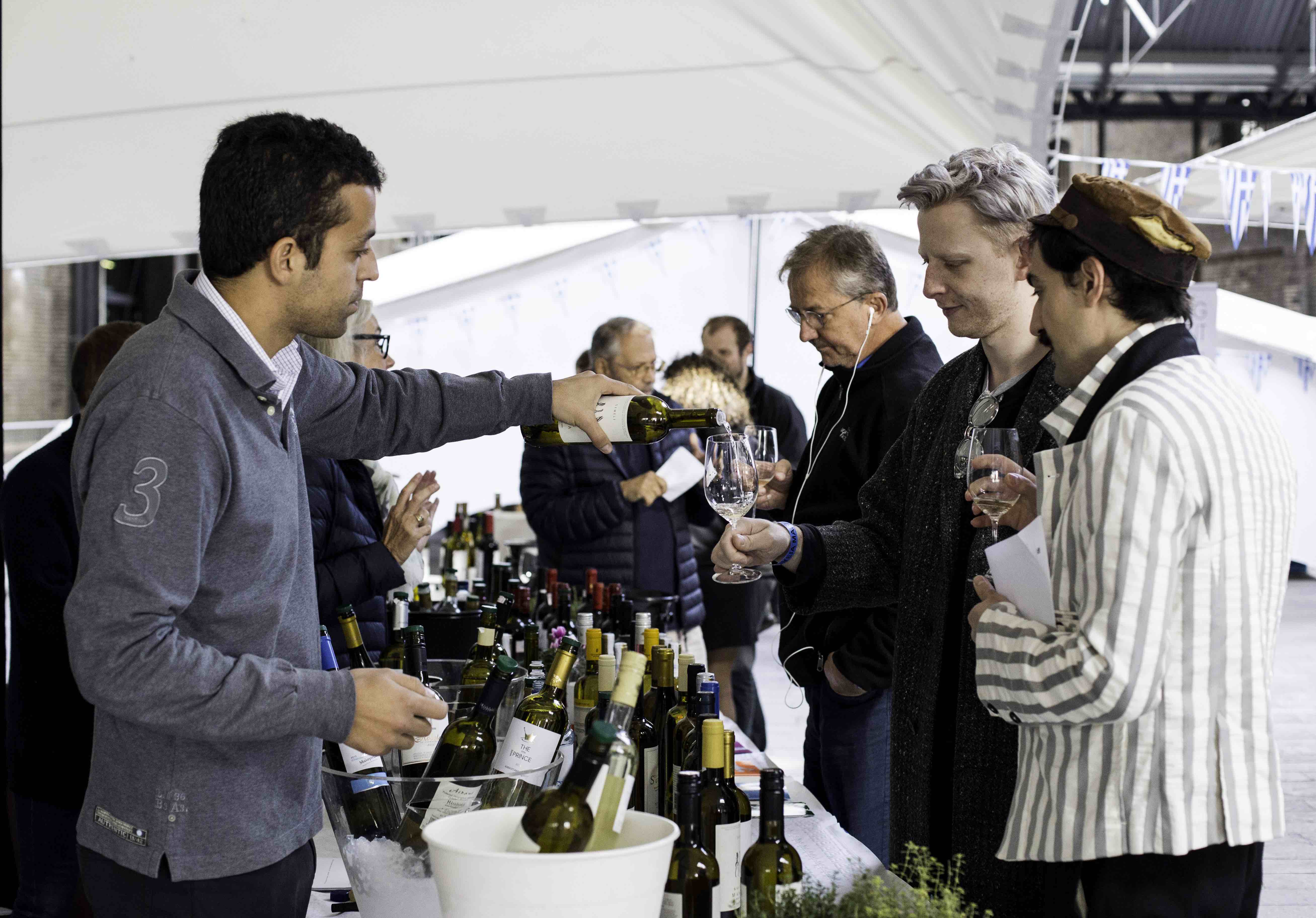 What: Calling all Mediterranean vinophiles; the only exclusive Greek wine event of its kind in the UK, returns for a third year. Brought to you by Theodore Kyriakou and the team at The Greek Larder; expect more wines, guest speakers, wine walks, producers and importers.

Why: The 2017 festival sees the return of over one hundred very distinctive, glorious Greek wines. From the notoriously trendy Assyrtiko, to the more well-known grape varieties, such as a Viognier by Domaine Gerovassilou (arguably one of the best outside Northern Rhône) and even a Greek fume sauvignon blanc. You can also expect to see new up and coming producers, and even more styles that can’t be found anywhere else in the world. And of course, it wouldn’t be right to celebrate Greek wine without some of the best Greek food in London. The Greek Larder restaurant will be serving up a delicious array of sweet and savoury morsels including baklava, meze and Theodore’s traditional Greek spit roast lamb.

Price: £15 purchased online or cash payment on the door 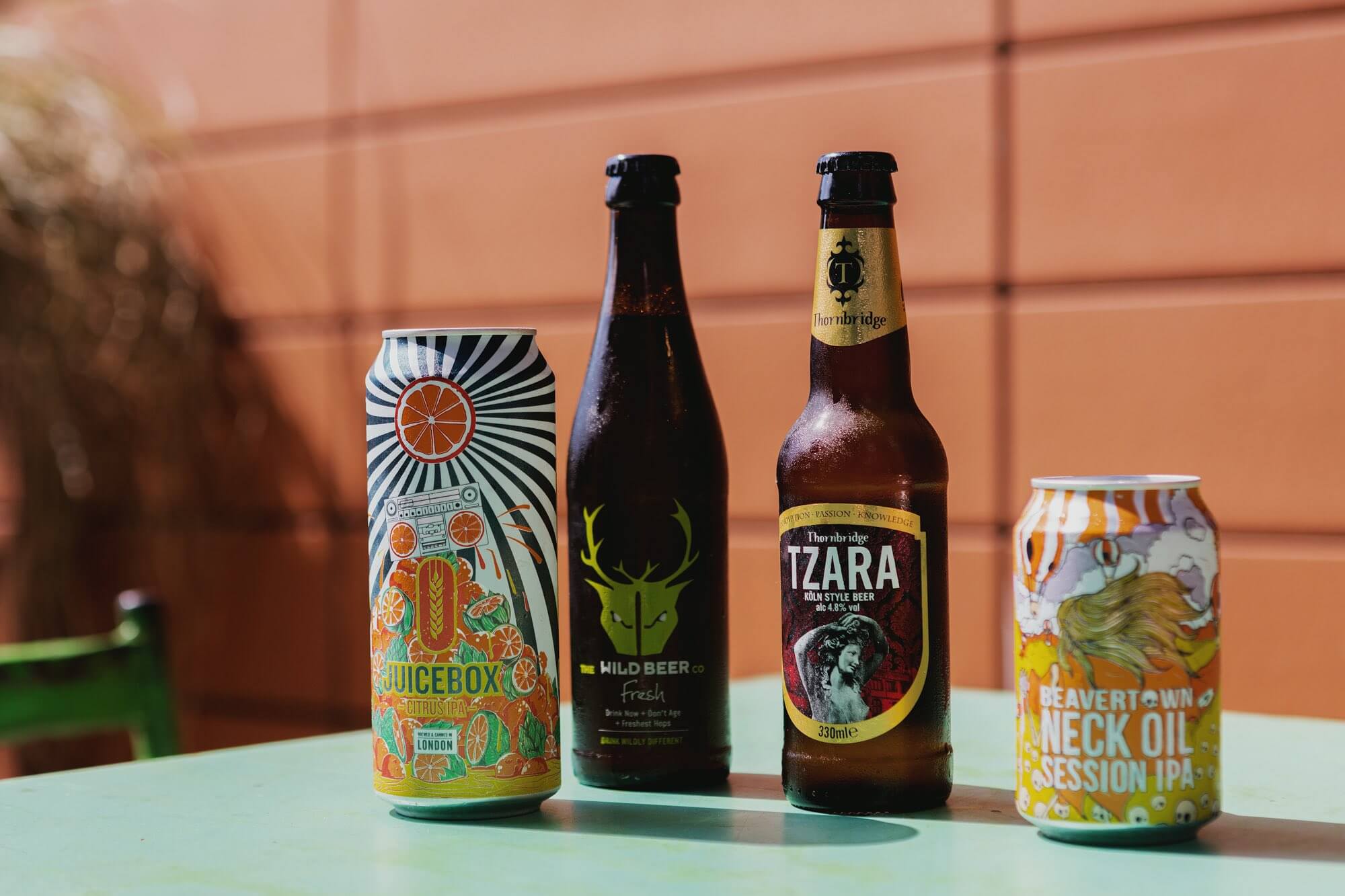 What: With 30+ breweries involved from around the globe and over 100 beers available to try across the weekend, the first Heist Bank Beer Festival will be a big celebration of cask and keg at the Paddington bar. Pack your Berocca and bring a strong stomach.

Why: The festival will be headlined by Fourpure, Thornbridge, Wild Beer Co. and Beavertown who will all be running free tasting workshops and offering sneak previews of brand new beers. The day to night festivities will also include a special menu with hearty comfort food to soak up all the beer: beer muffins, massive pizzas by the slice inventively topped with the likes of Gloucester wild boar salami, pulled pork wraps with lashings of apple sauce, and beer-infused puddings.

4. For Pizza and Pooches: Pizza Pilgrims 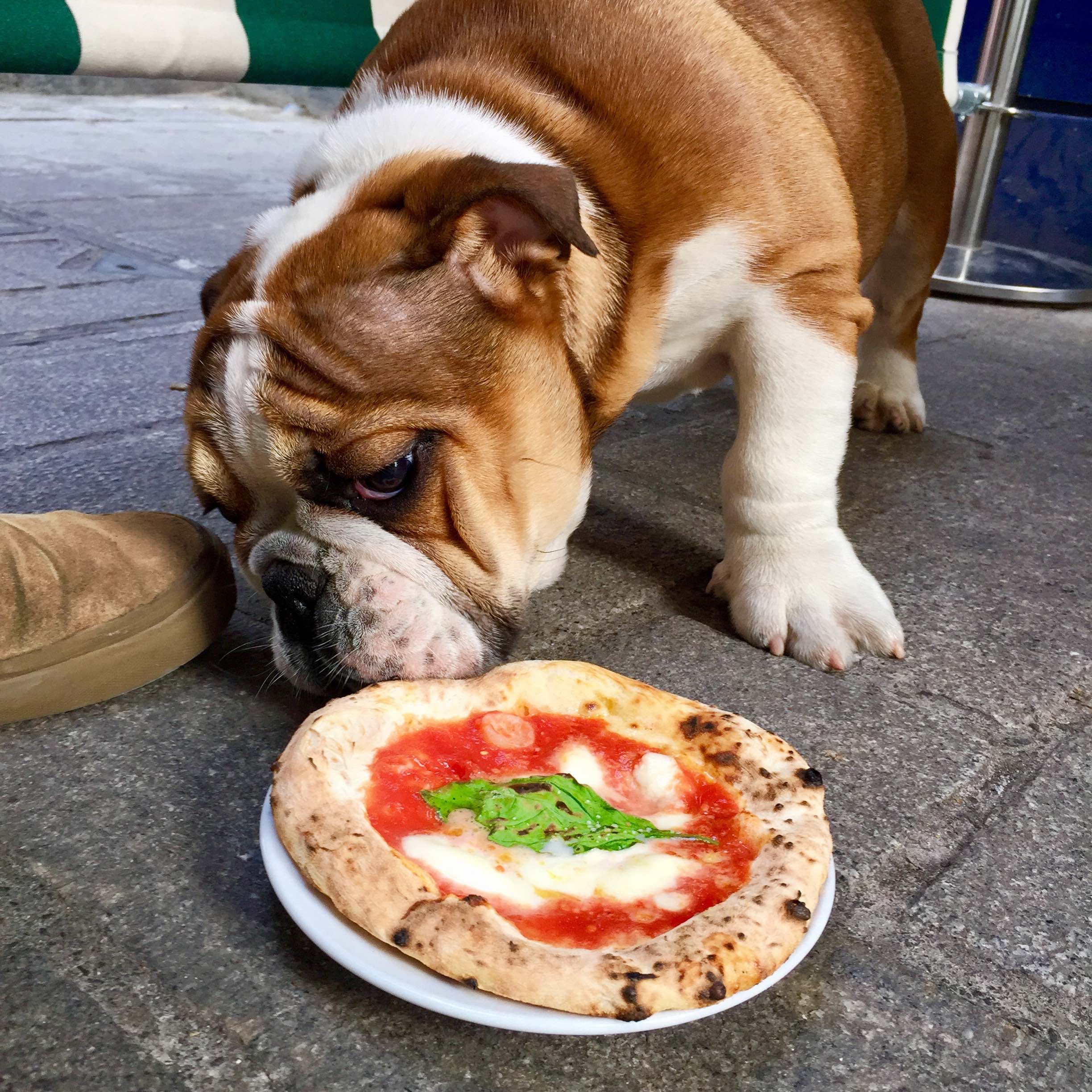 What: Pizza Pilgrims is rolling out the red carpet for canine guests at their first Puppy Pilgrims event, a one-off lunch for dogs and their owners. Instead of hanging out at home whilst their owners go out for lunch, on Saturday (14th October), dogs can spend their day meeting new pals at Pizza Pilgrims Exmouth Market for a truly once in a dog’s lifetime experience.

Why: The Puppy Pilgrims menu will include a mince ragu pizza, The Dogfather, served on a regular pizza base (note: pizza dough is dog friendly) followed by Billy and Margot dog ice cream for dessert. The regular Pizza Pilgrims menu will also be available for owners. There will be a #PuppyPilgrims Instagram fancy dress competition on the day with an ‘Italian Haute Cature’ theme, for any dogs who really want to get into the spirit. Five prizes will be available for the best dressed dogs presented in Duke Loves Fergie tote bags, including a meal for two at Pizza Pilgrims, a clock from the Labrador Company and a toy from Oli Juste’s store. 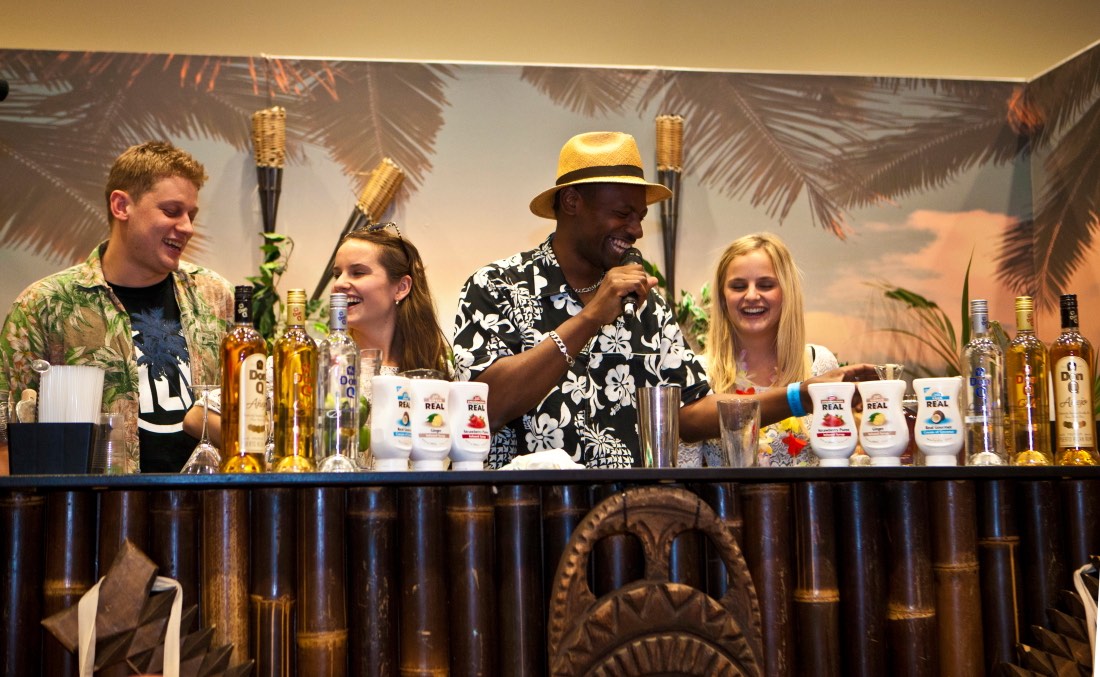 What: UK RumFest is back for another boozy year, and it’s set to be mega. On Saturday 14th and Sunday 15th October, rum brands from across the world will come to out fair city, loaded with rum and good vibes for this special two-day festival.

Why: With each ticket purchased guests can choose to taste from 400 of the world’s most premium and sought after rums from the likes of Puerto Rico, Jamaica, South Africa, Mauritius, the Philipines to a small Japanese island called Minamidaito. Each guest can enjoy a series of intimate seminars from expert master distillers (there are 16 per day), a pineapple rum cocktail from the giant Tiki head bar, Koko Kanu tipples and a wide variety of Caribbean eats; it’s an incredible day out for those looking for a slice of escapism in town without the need for hopping on a flight.

6. For a Celebration: Dishoom 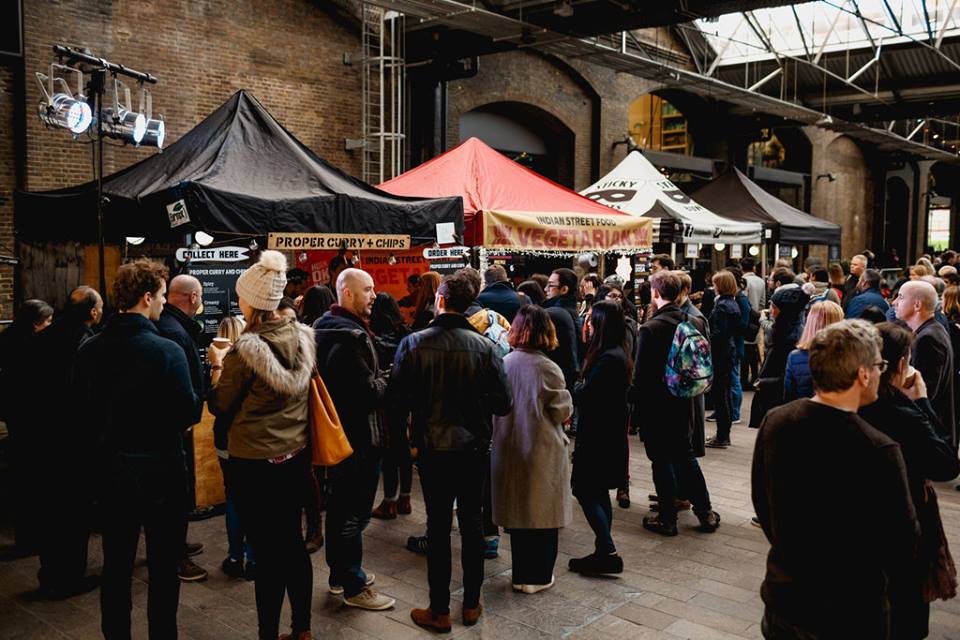 What: On Sunday (15th October), Dishoom will be throwing their annual Diwali party this year at the Camden Centre from 1.30pm – 4.30pm. Diwali is the hindu festival of light, and Dishoom invites people of all backgrounds and faiths to join them in coming together and celebrating the occasion.

Why: As well as tasty Dishoom dishes and refreshments including Pau Bhaji, Bhel and Far Far, Dishoom will celebrate with a variety of activities and performances, including a 90 minute re-telling of the story of Diwali by the brilliant Sujata Banerjee Dance Company, with a performance by Shammi Pithia. Throughout the day there will be different activity stations such as henna, face painting and Rangoli (colourful floor art). 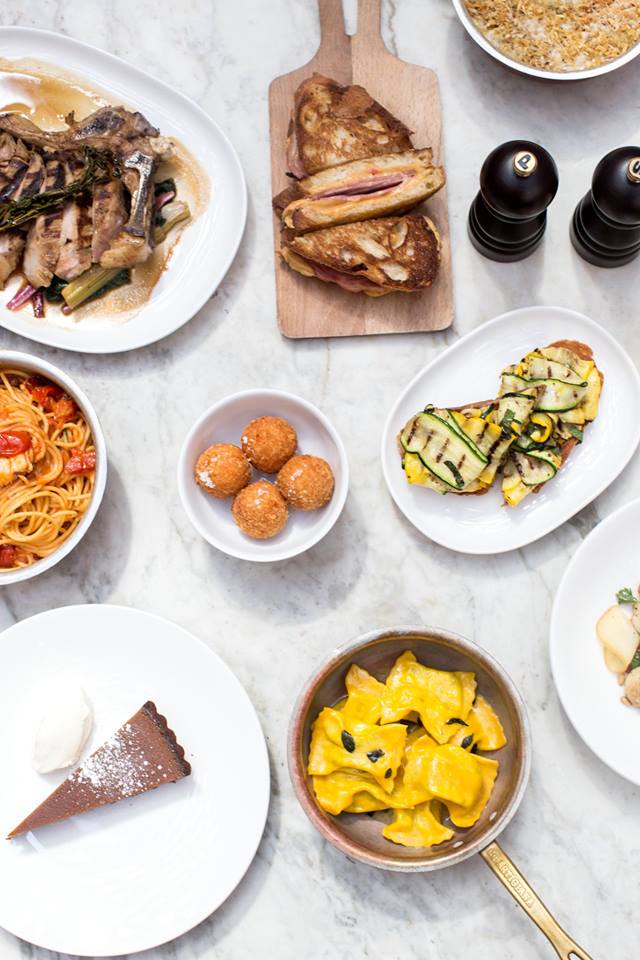 What: Angela Hartnett’s Cafe Murano has launched a new family sharing-style, Sunday lunch menu: Pranzo della Domenica, which focuses on a different region of Italy each month. The team have also picked local wines from the region, and these will be available every Sunday at a lower price. Pranzo della Domenica concentrates on Angela’s favourite dishes from each region, inspired by the Italian tradition of bringing together family and friends over a Sunday meal.

Price: £30 per person for four courses.

One for the Diary…

For a Pop-Up Restaurant: Pilgrim 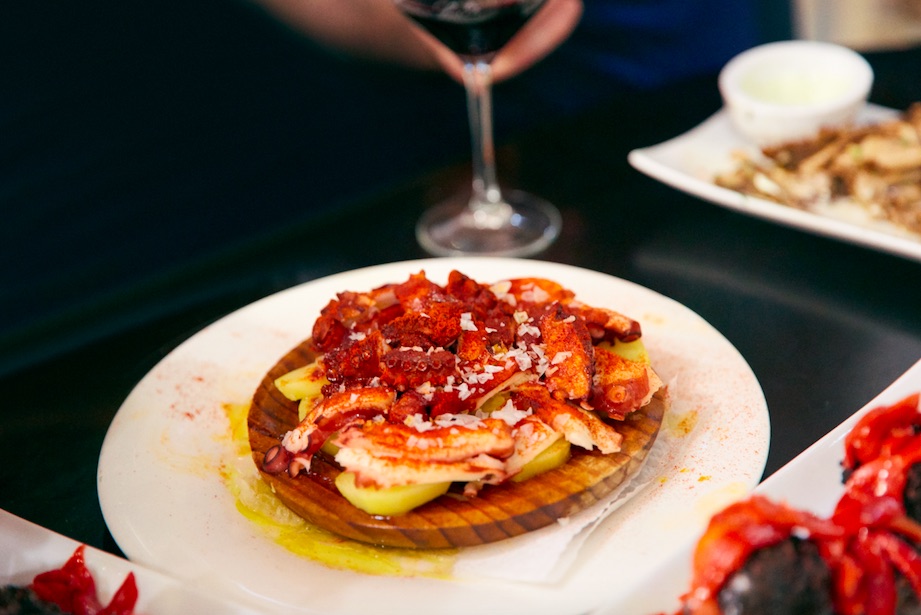 What: Committed to combining the finest Spanish produce with ingredients from some of the UK’s most reputable farmers, butchers and fishmongers, Pilgrim is a new pop-up setting down roots at 103B Dalston Lane from Wednesday (18th October) to Sunday (22nd October) serving up dishes inspired by the Camino de Santiago, a pilgrimage that has been made since the 9th century to Santiago de Compostela in Galicia, northwest Spain.

Why: Ahead of the main launch, Pilgrim, in partnership with Xeco Wines, will be serving up a six course tasting menu where the team will be showcasing the menu ahead of the permanent site, opening April 2018. Highlights from the menu include a charcoal talo with Iberico pork short rib and a play on Galicia’s famous dish, Pulpo al feria. The menu culminates in a re-imagined Torta de Santiago,  a dessert rooted into the history of the Camino de Santiago.