If this isn’t your first time skim-reading this column, I thank you from the bottom of my bottom, you shall inherit the kingdom of heaven.

Anyways now that we’ve moved beyond the pointless intro, let’s get down to some music coverage as lots has been attended and ingested chemically and aurally. So I shall start this ramshackle journey recapping my highlights from Demon Dayz & Glastonbury before reversing into a new artist to corner and accelerating into the golden oldie to be familiar with, and some tips to maximise your experience of the sun- drenched, acid inflected month which is known as July or ‘fun’ in French.

So in the early onset of June, I found myself charged £2.50 for the use of the Dartford Crossing, which seems pretty weird given its history as a point at which stage coaches were robbed by local highway men, yet another part of me is happy to part with such a small fee as a way paying homage to the birthplace of Keith Richards. My trip to Margate was not Keith related but Damon Alban instigated. Gorillaz, his animated super group with illustrator extraordinaire, Jamie Hewitt has left a footprint on the global musical landscape almost vaster then that of Blur’s halcyon cool Britannia stomp. Ten years on, Gorillaz have popped out more musical foetus’, procreating via collaborations with De La soul, Popcaan, Vince Staples, Benjamin Clementine and even Carly Simon. The list is lengthy and can be seen factually below. 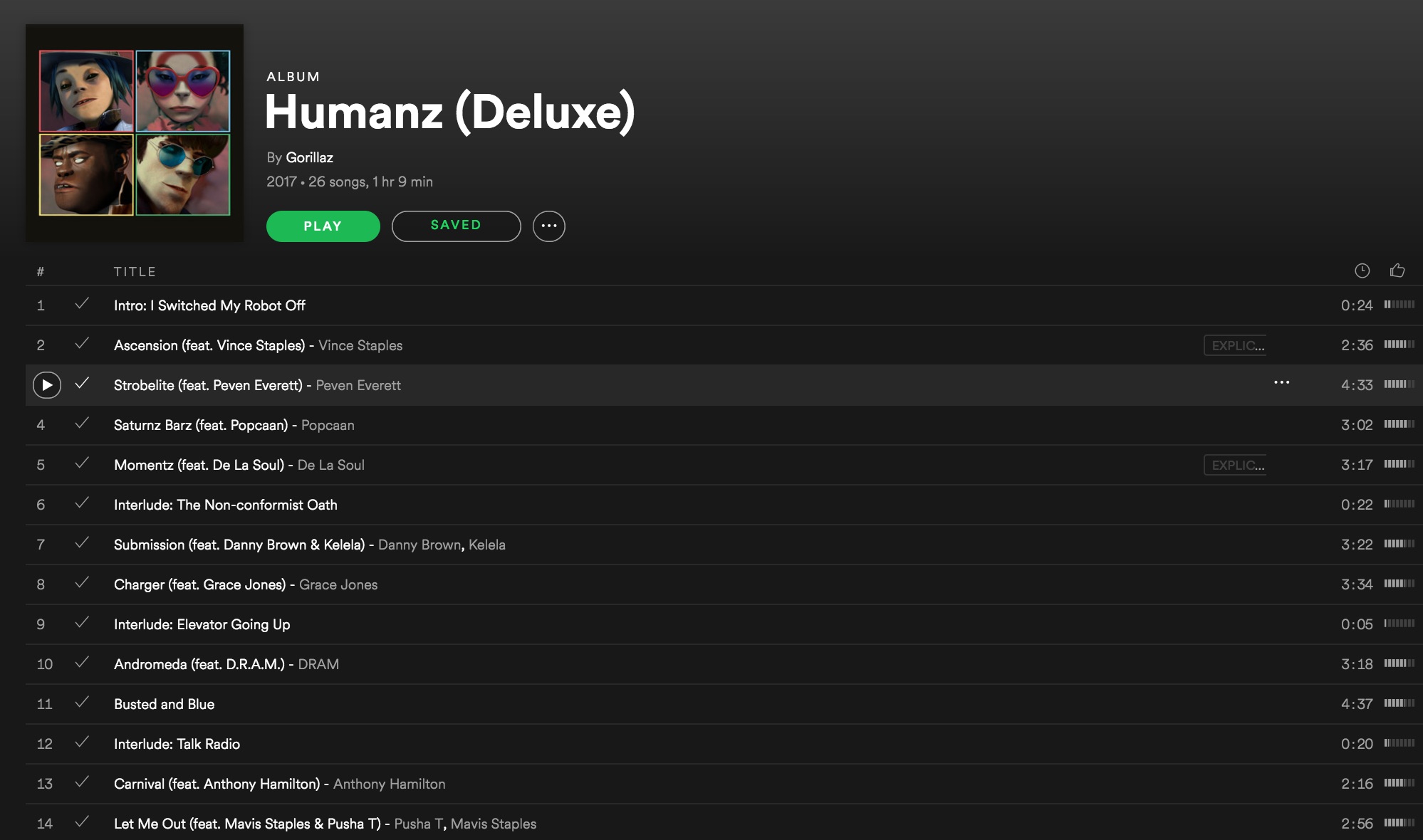 Particular highlights beyond the wooden wonder that is the revamped Dreamland, was seeing Shaun Ryder alive and kicking, and still not being able to say ‘it’s there’, was Danny Brown bringing his idiosyncratic Detroit lilt to Kent (more on Danny later), and Little Simz and Kano gatecrashing the rap sections of “Clint Eastwood” with the intensity and flow of Demons on Fire.

It’s hard to think of anyone on the planet like Damon Alban (David Byrne….?) or in the history of popular music who is such a embracing and prolific conductor, curator, organiser and implementer of ideas and sounds, which traverse genres, pollinating and creating wonderful things. Thank you for existing and continuing to be so bold.

Not that Margate isn’t somewhere you’d want to spend an extended period of time like all of London’s artists who are being driven to the coast, by the Pied Piper in London by way of the extortionate cost of breathing, but we had to get to Glastonbury in good time. It’s the last year on the farm before a year break is enacted to let the cows graze in peace not in pieces.

Those that have visited Michael Eavis’ farm understand why the trip can be seen in terms of a pilgrimage due to the sheer size of the site, and the challenges moving around especially when the mud becomes your sworn enemy. Yet this year perhaps the prospect of a Jeremy Corbyn rally in Pilton saw a private deal brokered which meant the sun was the belle of the ball, and the rain hardly made a guest appearance a bit like the one between Teresa and the DUP just without the billion pounds of wasted tax payers money to keep Cruella Deville eating Dalmatian’s in Whitehall (civil uprising please?). Glasto will always force you to make hard choices as in the absence of cheap, time-travel; you often need to commit to one area and stay put. Below are some of my highlights, which probably can be caught on Iplayer for a couple of weeks as well

And of course our saviour JC

So for this column’s new artist section, I am feeling a little lazy, well maybe lazy isn’t the right word just unresolved to seek out someone brand spanking new. Chances are you haven’t heard of Danny Brown or his non-stage name, Daniel Dewan Sewell so he will be ‘new’ to you and due to the sheer influence of this digital magazine you are in for a chance to win tickets to the London chapter of Afro Punk this month. The slightly political but willfully inclusive travelling festival at the shiny new venue Printworks where you can see DB in all his idiosyncratic glory!

So DB has slowly risen into popular conscious thanks to the sheer amount of guest vocal duties he’s provided for other artists like Attak, Purity rings and most recently, Gorillaz. After he did his ‘time’ in jail for his initial career choice of drug dealing, uber hip NYC label Fools Gold appreciated his talent and vibe enough to release “xxx” fending of XL and laughing off G-Units woeful attempt at acting like a label for Mr Brown. For hip-hop aficionados, his voice and flow seems to channel the spirit of ODB, the eponymous madman of the Wu Tang Clan, who is no longer with us. Perhaps this is a sign of post-modernism that DB has a track entitled “ODB”, an homage to his spirit animal.

Entertain, inform or educate is the basic path most art loosely follows. Usually something worthy falls into one of these areas otherwise it wouldn’t be permitted by its originator by being given time of day (hopefully).

The best of  conscious hip hop as Akala would probably argue breaches each of these areas seamlessly without being enslaved by trying to achieving one thing specifically, the virtue of the delivery and lyrical content is all encompassing. Immortal technique is a Peruvian born wordsmith who you could happily pair against anyone really in a fantasy rap battle and he’d probably win on some level, maybe not speed (Busta Rhymes is still the quickest in the West isn’t he?), but on social message married with flow, Immortal would win first prize. Output wise since his debut album, Revolutionary 1 in 2001, there has been a handful of releases (see exact releases in image below), but with all his output it’s as refined, craft and exact and a precious as a Steinway grand piano. He’s the Romeo and Juliet (Cigars) of Conscious hip-hop and one to be sought out and smoked religiously, below are a few of my favorite tracks:

So now that you’ve reached the summit of this column you can get that tracker bar out of your rucksack and “pay” to download the Grenfell charity single. Words can’t capture the depth of the tragedy that unfolded just a few weeks ago taking an unfathomable amount of lives ,and pulverising a vibrant and important community. Nothing can bring back those that have been lost but raising necessary funds is the least we can do as members of a compassionate and caring society (take note Teresa). So perhaps download Mr Cowells’ ensemble single to provided symbolic and actual support for those unmeasurably affected.