Here at About Time, we spend our lunch breaks checking out (and eating) the latest edible products at various food stores.  Last year we stumbled upon Little Moons, a Japanese ice cream brand that are now stocked in Ocado, Selfridges and Whole Foods.

Having sold a cool 10 million mochi in the last year, and exciting plans in the pipeline – we sat down with co-founder Vivien Wong to chat switching lanes, ice cream and being a women in business:

You swapped your successful career in the City to launch Little Moons – why did you decide to switch lanes and change careers? 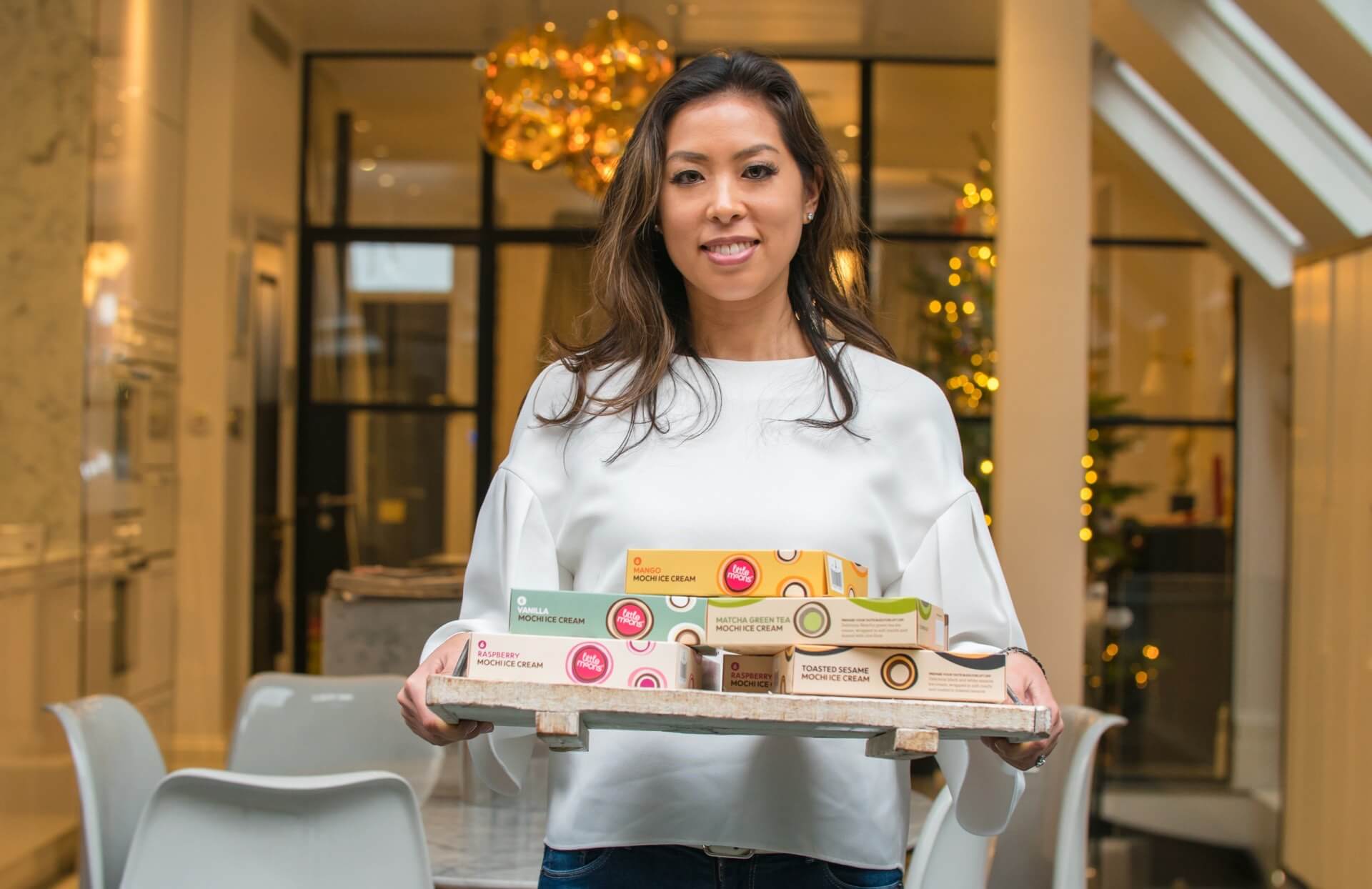 When my father was diagnosed with cancer in 2004​, it hit me hard and it made me ask myself what I wanted out of my career and my life. While I was nspired by all the intelligent people (and lucky enough to work in the City), I longed to do something I was truly passionate about and something I could call my own. Starting Little Moons was going to be an exciting challenge and it also meant I could get a dog, another thing I really wanted in my life.

What’s the inspiration behind Little Moons? 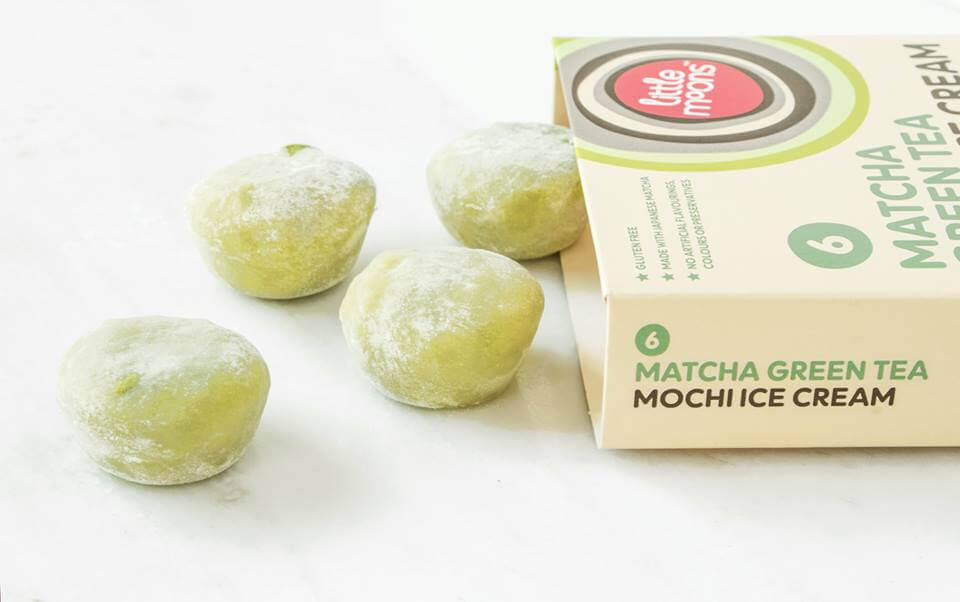 My parents ran a bakery business and one of the products was traditional mochi. I’ve grown up with mochi and loved it as a snack. My brother and I discovered mochi with ice cream on a holiday together and LOVED it. It’s the combination of mochi (a soft sweet dough) combined with gelato ice cream that you can eat with your fingers.

There’s a limited range of oriental desserts in the UK – how did you manage to challenge people’s perceptions? 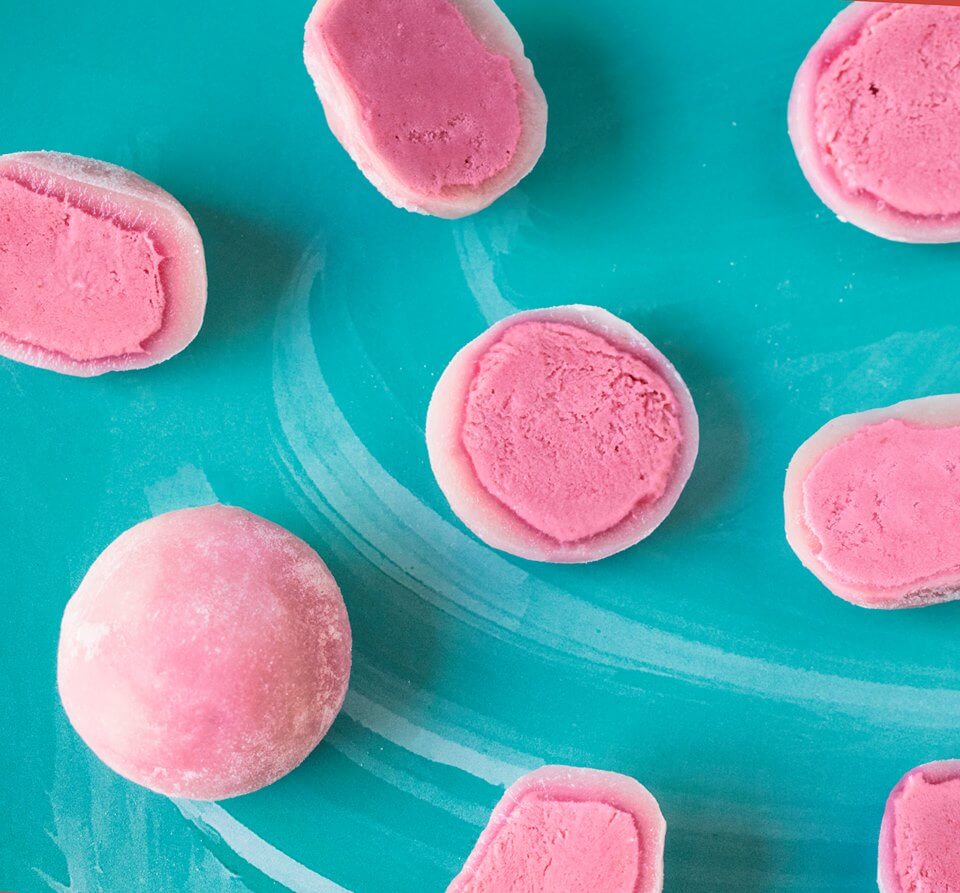 ​It was a challenge, but we first targeted restaurants as people are more likely to try new things in a restaurant for the first time rather than pick it off a shelf in stores. As mochi ice cream grew in popularity in the restaurants, people would get in touch with us asking if we would consider selling it as a grocery product. It has also helped that Japanese food has grown in popularity, so we’ve massively benefited from that trend.​

How did you make buyers believe in your product from the early stages?

The head chefs got the concept immediately, so when we approached buyers and told them which restaurants stocked us, it gave them great confidence that mochi would work as an supermarket concept.​

How long did it take from the idea to become a physical product? 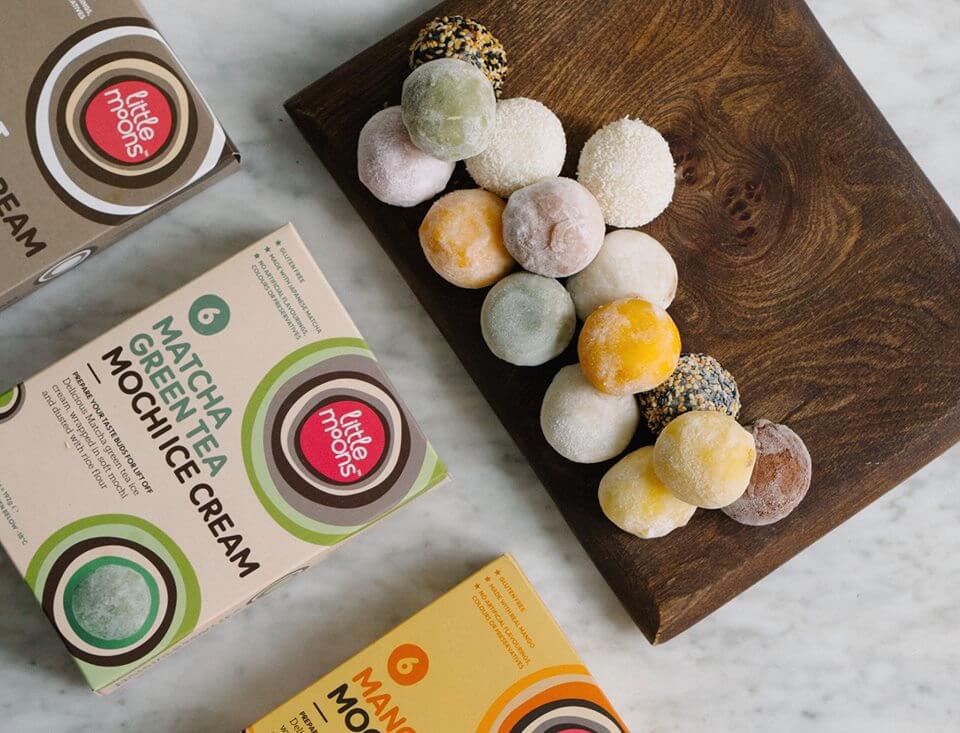 ​It took two years to develop the product. Despite the fact our parents has been making traditional mochi for 30 years, filling mochi with ice cream came with added complexities which needed ironing out – it’s quite a technically complex product to manufacture. Branding also took a long time once we had made the decision to go into retail.​

What advice would you give to other women who are looking to start their own business? 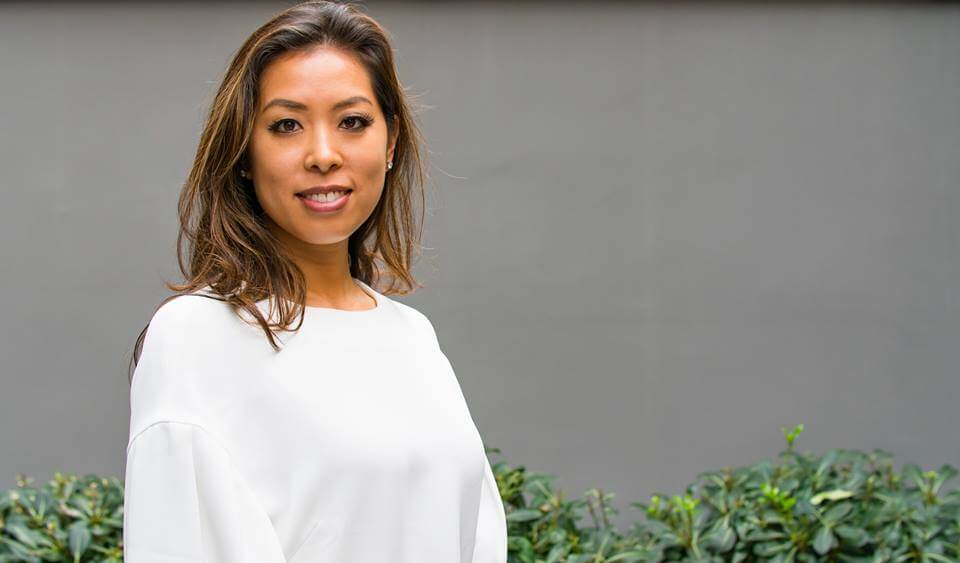 ​My advice would be to learn how to sell yourself like a boss. Have confidence in your concept and confidence in yourself. You have to be ready to sell yourself which I don’t think always comes easily to some women. I tend to be quite self deprecating, but have learnt that gets you nowhere in business as people are used to speaking to guys that talk themselves up, big time. 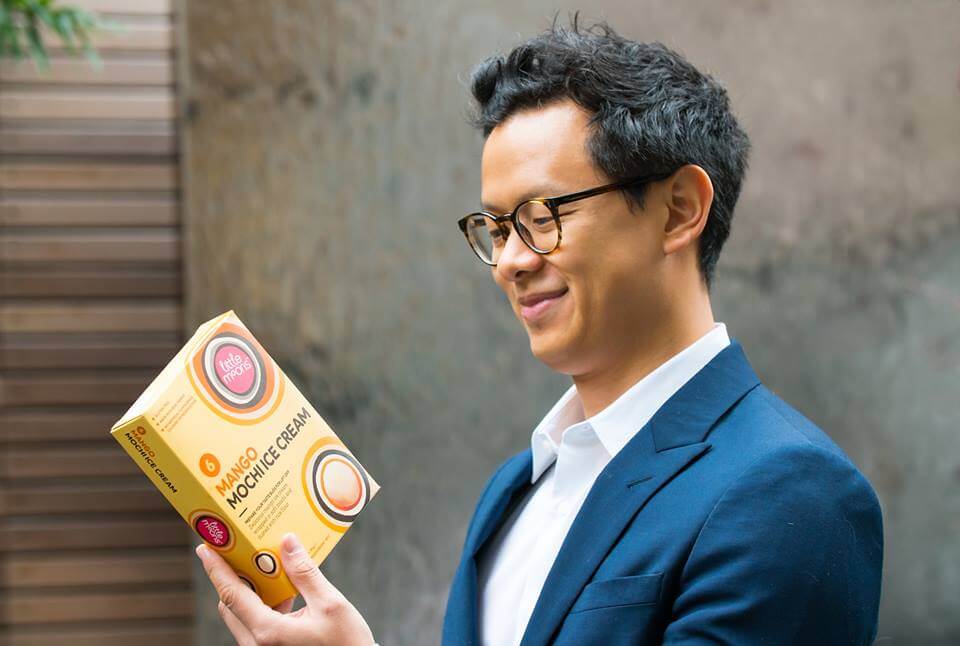 ​I couldn’t have done this with anyone else – I love being on this journey with him. We have different skill sets which means we work well together. There have been some challenging moments but unlike other business partners, we can have a brutally honest and open (sometimes heated) discussion with each other one moment​, then make ourselves a cup of tea the next. It’s great working with someone you trust and who only wants the best for you.

Last year you set up a mochi bar in Whole Foods – are there any future pop-ups planned? 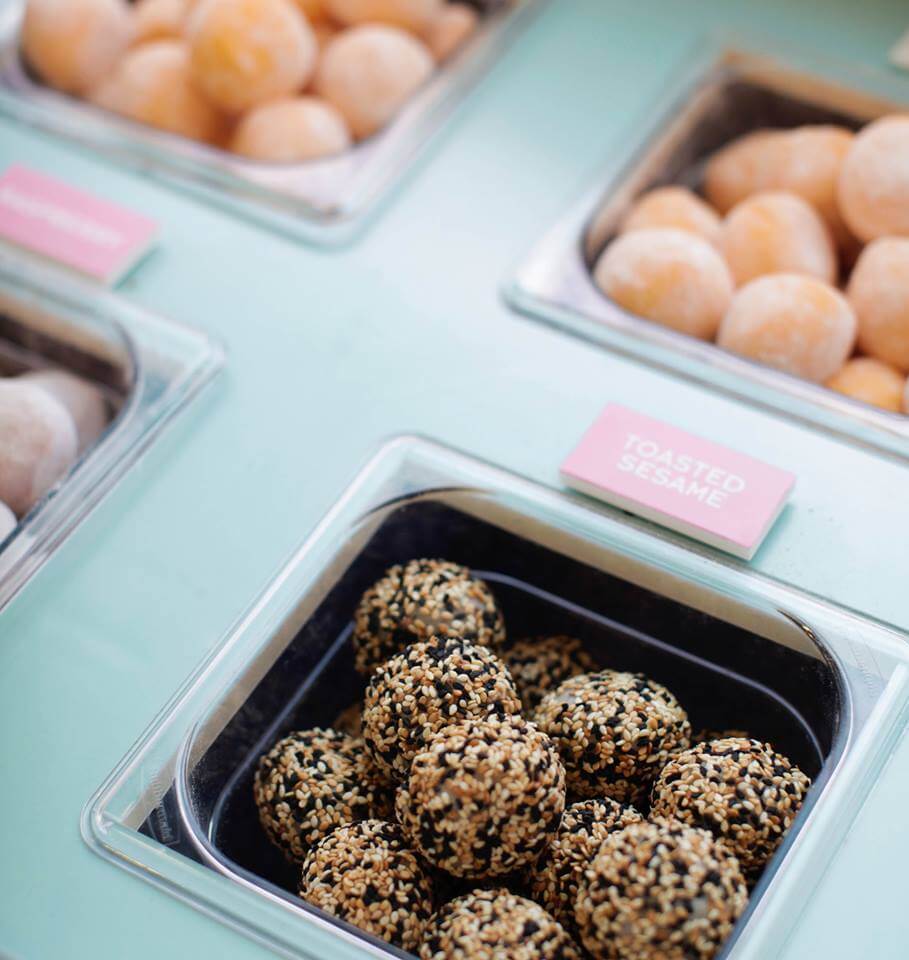 ​Yes. We’re launching a cherry blossom pop-up in Old Street station for cherry blossom season from 2nd April and in July, we have a pick ‘n’ mix mochi freezer at Topshop Oxford Circus. And we’ll also be at Taste of London​!

What was the turning point for Little Moons – when did the brand start gaining momentum? 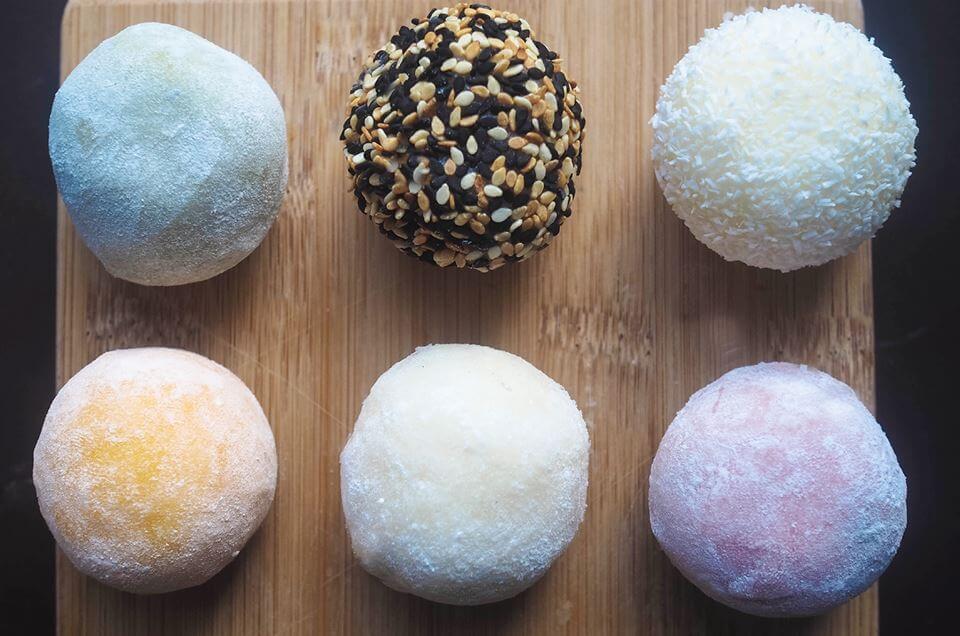 ​I think a turning point for Little Moons was the moment Wholefoods listed us and we became their best selling ice cream product. I feel the brand started gaining momentum from that point, as we became a grocery brand in our own right, rather than just a dessert available in restaurants.

​We have some new flavours coming in 2018 as well as​ revealing our new look. We’re excited to share the news with everyone.

For more information on Little Moons, visit their website here.