Life / Features / Stories of Survival: Healing from an Abusive Relationship

Stories of Survival: Healing from an Abusive RelationshipBy Carolina

I grew up on Girl Power, rock music and Buffy The Vampire Slayer, but what do you do when your idea of yourself – that of a driven, strong and loved young woman – suddenly clashes with your reality? In 2014, at the age of 21, I was in an abusive relationship that dealt infinite blows to my my mental health and my self-confidence. Now, through my novel Bad/Tender, my writing and my performances, I am trying to show survivors that there is such a thing as life after abuse.

When the relationship that would change my life started, I was 21, about to graduate from a journalism degree with a lot of hopes for my career, dreams of travelling and of making my hard work pay off. But I was also very lonely: after dating people who did not want to commit, and after watching some of my best friends leave London after university, I was craving human contact.

I met the guy in a bar. We hit it off straight away, went home together on the same night. I wasn’t expecting much, but he showed me passion and promised commitment from the word go. I believed him. As soon as all of my friends left, he became violent, I began fearing him, but I also didn’t want to ‘confess’ what was going on to my loved ones. I was afraid of disappointing them: this wasn’t me; old me wouldn’t have let all those things happen. Surely I’d done something wrong, maybe I failed to spot the signs of danger, maybe I mistook a bad man for a ‘bad boy’. And now I was paying for it. 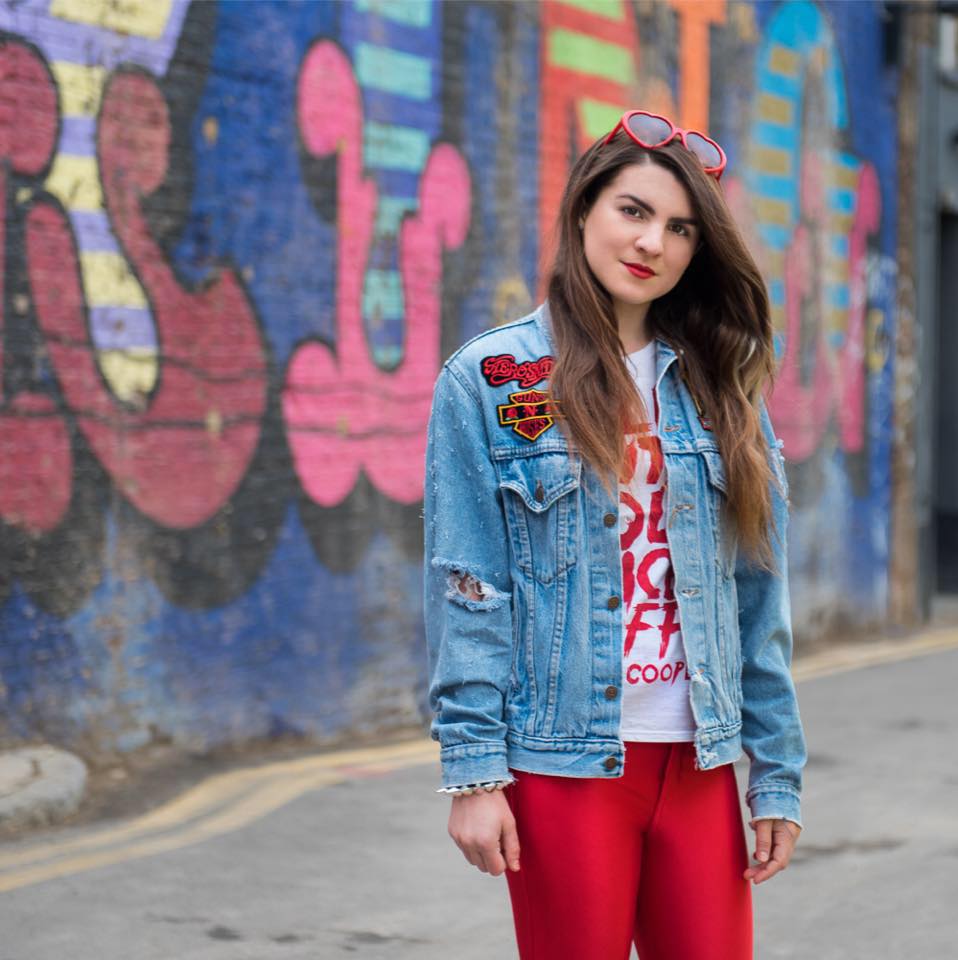 Back then, my first reaction was to suck it up, to go on living as I knew I had to, work hard. I didn’t grieve, because I wanted to prove myself that I wasn’t a victim. I couldn’t see myself as a victim. Victims of abuse in the media, in the movies, in history, are often portrayed as women who had it coming, who failed to stand up for themselves, or as unaware, innocent damsels in distress. Well, I’d never been – and never wanted to be – a damsel in distress. But I wasn’t guilty either. I was just lonely, and I had fallen in love with the wrong person.

These narratives take agency away from survivors when they’ve already been stripped of it from their abuser. Worse even, they show no “after”: the victim is broken, tainted. Often, in ancient and not-so-ancient literature, she kills herself, or lives as a hermit. I wasn’t planning on doing either. I was suicidal for a while, I was in shock, I hated my body and myself for not having fought him off as much as I thought I should have, but I sure as hell didn’t want to kill myself and give up on all I’d worked on, or live my life as tainted.

Five years on from what happened, I have finally started a long cycle of talking therapy and another one of CBT. I needed help to deal with the trauma, which I had buried so deep my therapist often struggles to find any emotion in my words, when I talk about it. What I prevented myself from feeling in 2014, I’m feeling right now, and it’s bloody hard.

Yet, five years on, I have also exceeded my expectations in what I thought I could do after being in an emotionally, physically and sexually abusive relationship. Rather than feeling anger, or contempt, towards the girl I was, I am starting to feel sad for her, and to grieve for her, to understand what happened was not, and should never be, her responsibility. In an attempt to make sense of what happened to me, I wrote a mostly fictionalised version of my story into a novel which has now been covered in a variety of major publications. I have spoken at academic conferences, started a PhD and taught at university. I took up pole dancing as a way to love my body again, and got into it so much I am now actively performing and competing. I started sharing my experience, becoming an advocate to show other survivors that they are more than the thing their abusers treated them as. I have also realised that ever since 2014, I have tried to fill my life with duties and achievements because I had to prove myself what happened to me didn’t make me worthless. This is the wrong attitude, and it comes from a background and an experience informed by the idea that, after abuse, victims and especially women are wrecks. 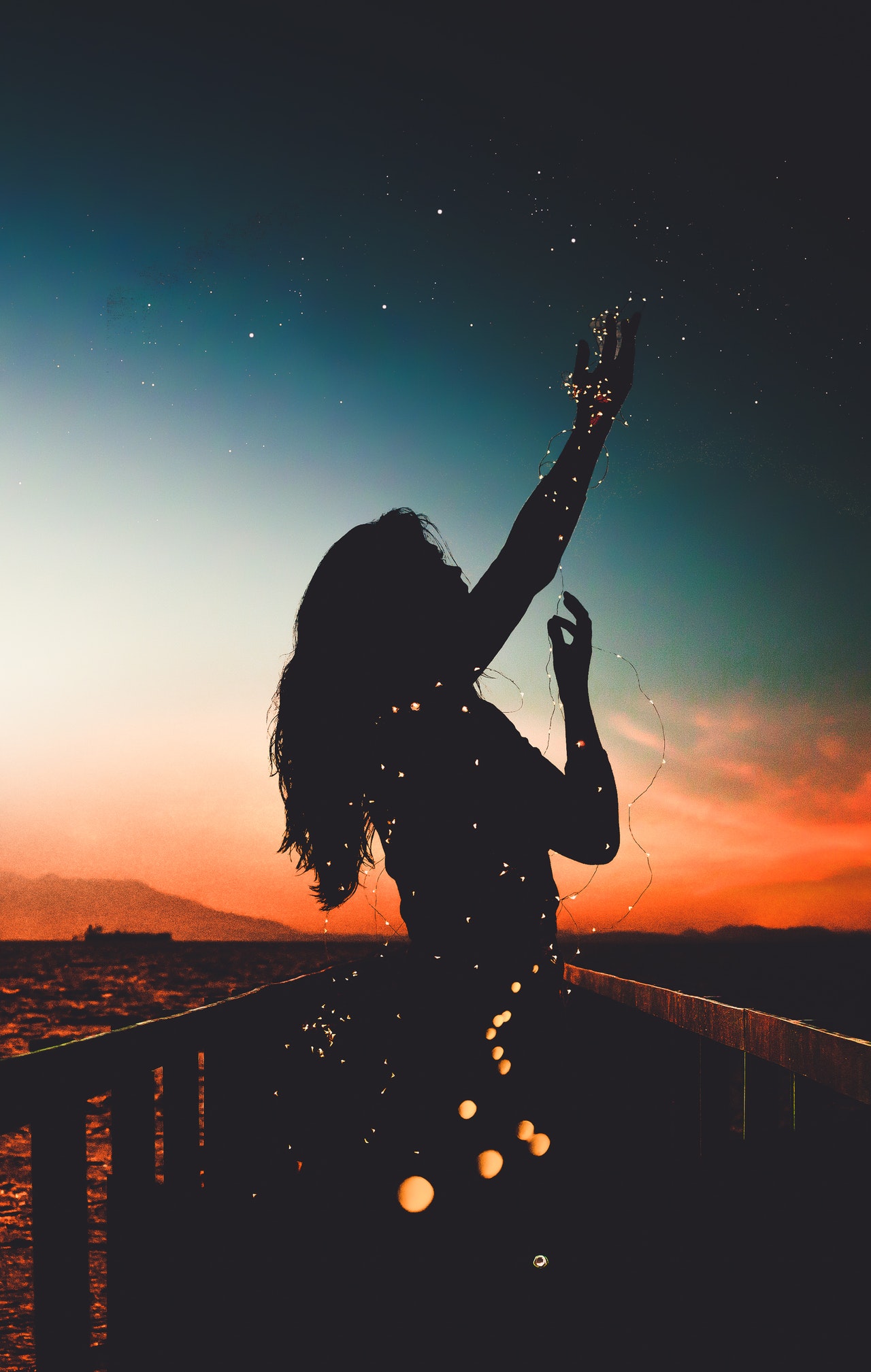 There are days in which I do feel like a wreck. But on most days, I know that if I survived what I survived, I am anything but worthless. What I’ve learnt in all these years, and through this abusive relationship, is that what happened to you doesn’t make you less of a person, and says nothing about your background, your behaviour or your claim to be on this planet. What happened to you is the product of beliefs about men and women that have lasted for centuries, and that we are only now beginning to change. I’ve learnt that if you survive what you have survived, you aren’t weak: you are able to take on unspeakable pain and go on, and that makes you strong. I have learnt asking for help becomes necessary: talking about abuse, reliving it, whether with therapy or with your loved ones, is hard, but leaving your experience in your head for it to turn into a life-eating monster will get harder with time.

Five years on, I am very tired. Tired of hearing the stories of many women who had similar and worse experiences to mine. Tired to see that we are still failing victims, that we often struggle to believe them, and that we still deny them their status as people once they become victims, while we cut ‘bad boys’ so much slack. So, even if in a slightly unorthodox way, I am campaigning for this to stop. Yet, talking about it, meeting professionals, artists, performers that have been through similar experiences, I am realising we are a force to be reckoned with, and that by refusing to stay silent we are changing the world. 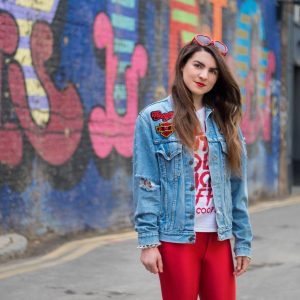 Carolina is a writer, blogger, pole dance performer, PhD student and visiting lecturer. She self-published her novel Bad/Tender last year and has since been featured in Cosmopolitan, British Vogue, Metro, Sister Zine, Kettle and more. She’s now looking for an agent for her second novel, a detective stories. Through her blog bloggeronpole.com and through her Instagram @bloggeronpole she wants to show women can be many things at once: in her case, researchers, professionals and professional booty-shakers in heels. When she isn’t writing or pole dancing, she researches on Internet subcultures for her criminology PhD, teachers 20-year-olds about crime or binge-watches Buffy and RuPaul’s Drag Race.