#SheStartedIt100: Top 10 Women to Watch in the Arts 2019By Francesca Brooking

Introducing: #SheStartedIt100, our definitive list of the top 100 professional women to watch in the UK 2019. From wellbeing to entrepreneurship, we’re giving you the who’s who on the UK’s most exciting, dynamic female leaders. What’s more, this September, About Time is hosting #SheStartedItLIVE: our 1-day festival dedicated to female entrepreneurship on Saturday 14th September 2019. Book your ticket here and use the code ‘Angelica50’ for half price tickets this week only. Now, discover our #SheStartedIt100 top 10 women to watch in the arts. From art to music and theatre, here are the movers and shakers of this industry: 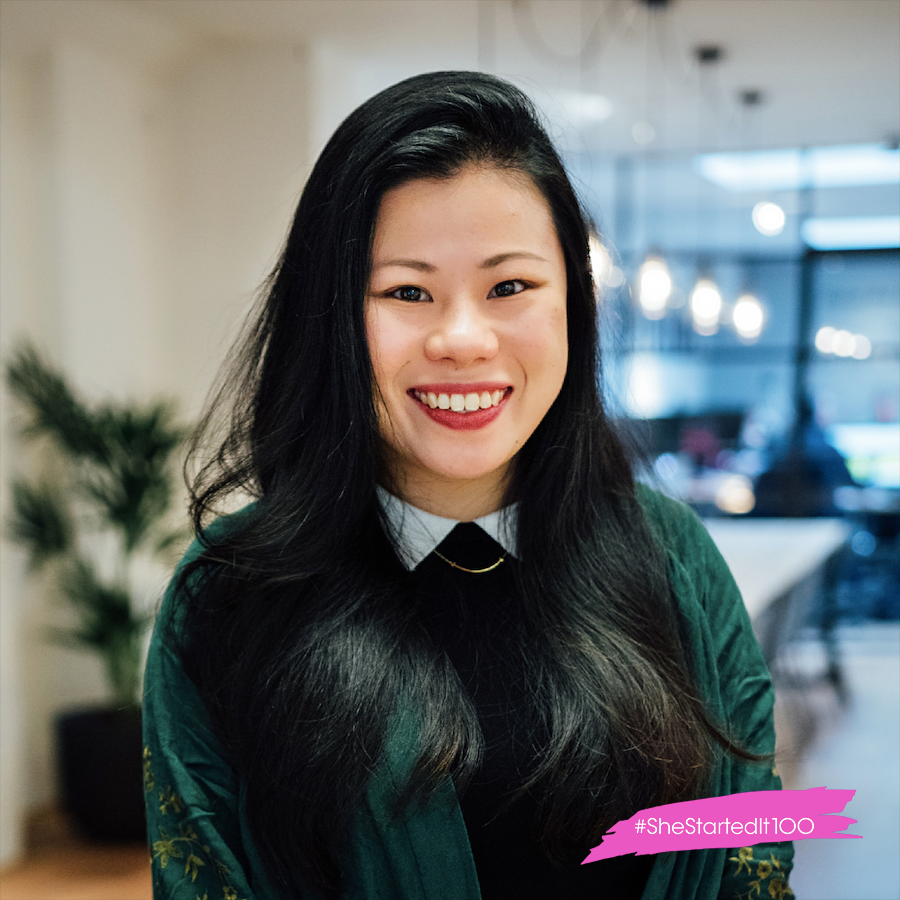 Profession: Co-Founder and COO of Primephonic

Her Story: As the co-founder and COO of the Dutch-American start-up Primephonic, Veronica Neo is a leading figure in the classical music industry’s future. A driven entrepreneur, she began her digital sales career at age 16, where she was commended by The Straits Times (Singapore) in 2003 as one of the youngest entrepreneurs with a commercially viable online fashion business. Since her first venture, she has gained diverse business experience internationally helping luxury tech start-ups and premium fashion brands. As co-founder of Primephonic, she works to build an app that is inherently part of a classical music lover’s life and can revive the classical music industry both socially and commercially. 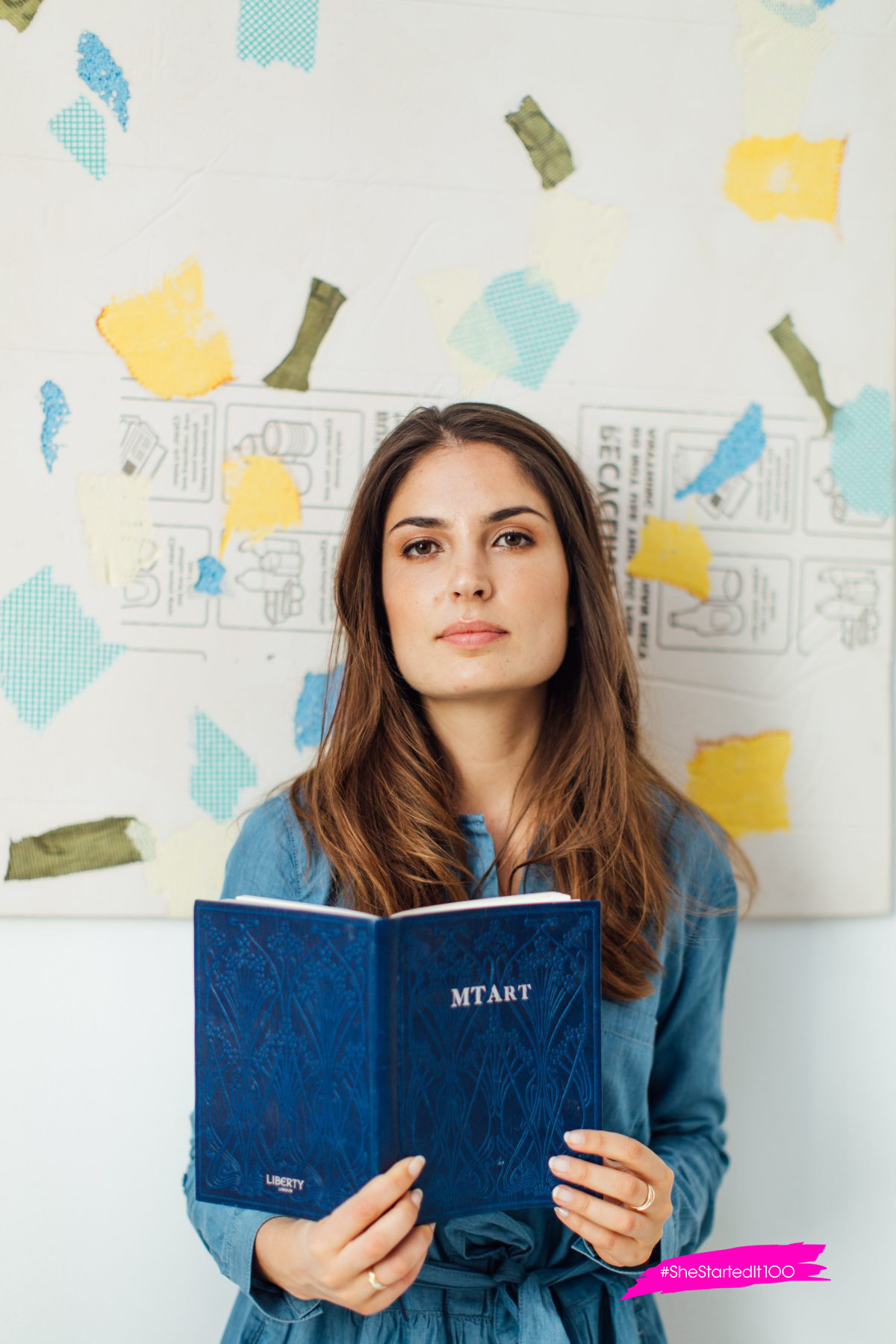 Her Story: Marine Tanguy founded MTArt Agency in 2015 to provide an alternative to the exclusive and elitist existing gallery model. It has since become the world’s first talent agency for upcoming visual artists. Marine finds the best upcoming artists, signs them and manages their careers. She covers all of their studio costs and sets up partnerships with brands, government bodies, private collectors, museums and galleries. Art is a difficult industry to get into for those from a less privileged background, and MTArt Agency is providing a potential solution to fill that gap, giving artists the opportunity to start out and making the industry commercially viable by maximising their sales. 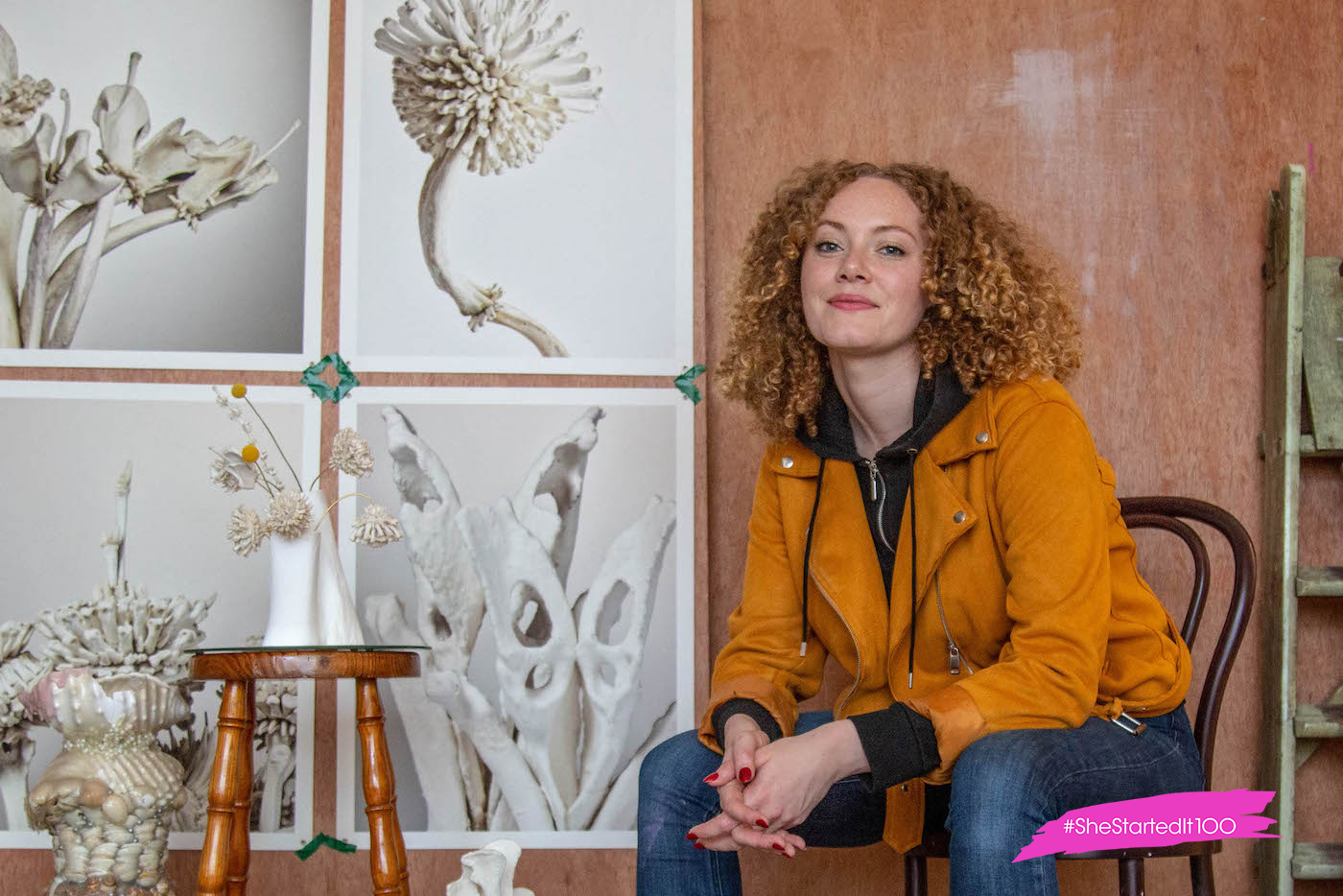 Her Story: Emma is an artist in residence at Alexander McQueen’s foundation and has forged a name for herself across art, sculpture and set design. Made predominantly from bleached animal bones, her meticulous process along with the stark whiteness of the bones results in objects that are both hauntingly beautiful and surprisingly gentle. Following a residency at Mark Hix’s Tramshed, a work with LAPADA this September, and now her first solo exhibition at Sarabande, opening 18 September, Witter has already found a high level following of collectors. Her upcoming exhibition will feature bone sculptures, photographic prints and a site-specific installation. 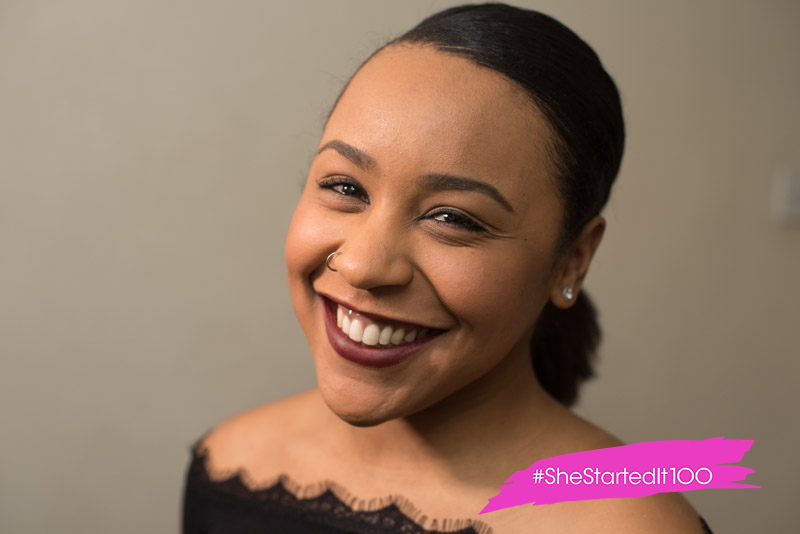 Her Story: At just 30, London born Ola Ince is a multi-award-winning Theatre Director and Dramaturg. She has won multiple awards for her work and has just been announced as one of the Elle List 2019; championing the next generation of movers and shakers in culture. 2018 was a breakout year for Ola. Her staging of The Convent staring Letitia Wright (Black Panther, Ready Player One) was met with five-star reviews. What makes Ola such an exciting and important addition to the UK arts scene is that as a theatre director she is not afraid to grapple with the big issues. She is part of a new school of talent who are determined to address issues of class, race and gender in the arts. 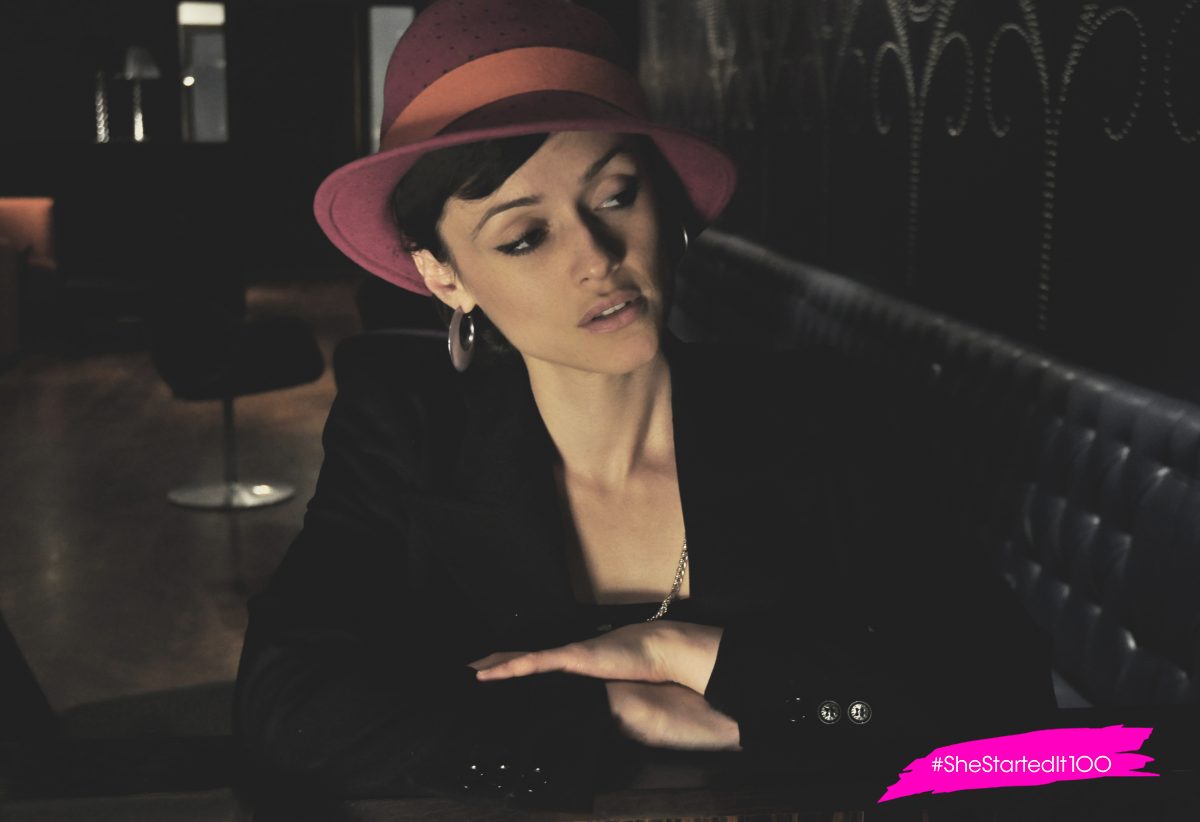 Her Story: Sabrina Mahfouz was brought up in London and Cairo. She is a playwright, poet, screenwriter and performer who has recently been elected a Fellow of the Royal Society of Literature and is the recipient of the 2018 King’s Alumni Arts & Culture Award for inspiring change in the industry. She has won a Sky Arts Academy Award for Poetry, a Westminster Prize for New Playwrights, a BBC Radio & Music Award for Best Drama Production and a Fringe First Award. Her poetry collection, How You Might Know Me, was a 2017 Guardian Best Summer Read. 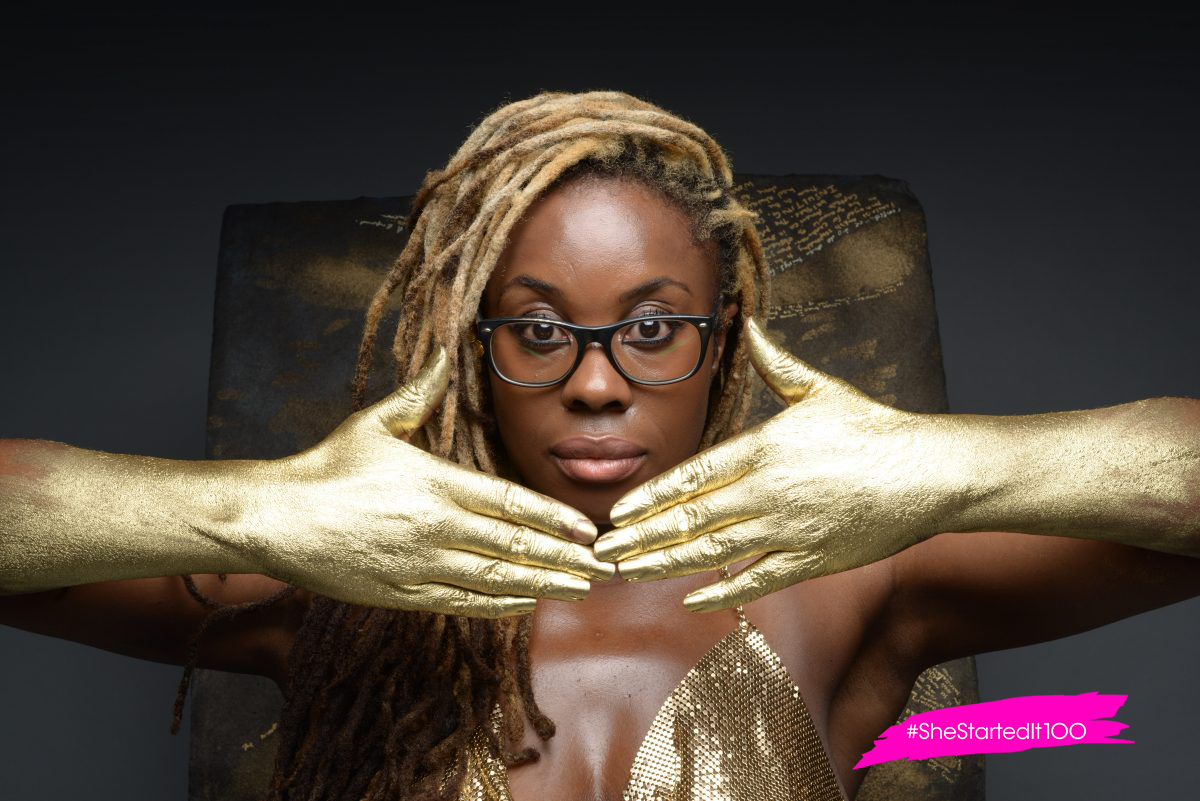 Her Story: Adelaide was forging a successful career in pharmaceuticals after getting a degree in Applied Biology, but was diagnosed with endometriosis after collapsing on a work trip. Her health deteriorated and after five years in professional life, she was forced to quit her job to focus on her health. She turned to art as a therapeutic escape and a way to express herself, creating autobiographical works and contesting outdated idols and ideologies of colour, race, creed and gender by using her body as a living paintbrush. After being signed to MTArt Agency her sales have increased in value by 436%. She has recently been featured in a campaign for Chloé and performed at the Cannes Film Festival.

7. Sophia Kearney, The Weird & the Wonderful 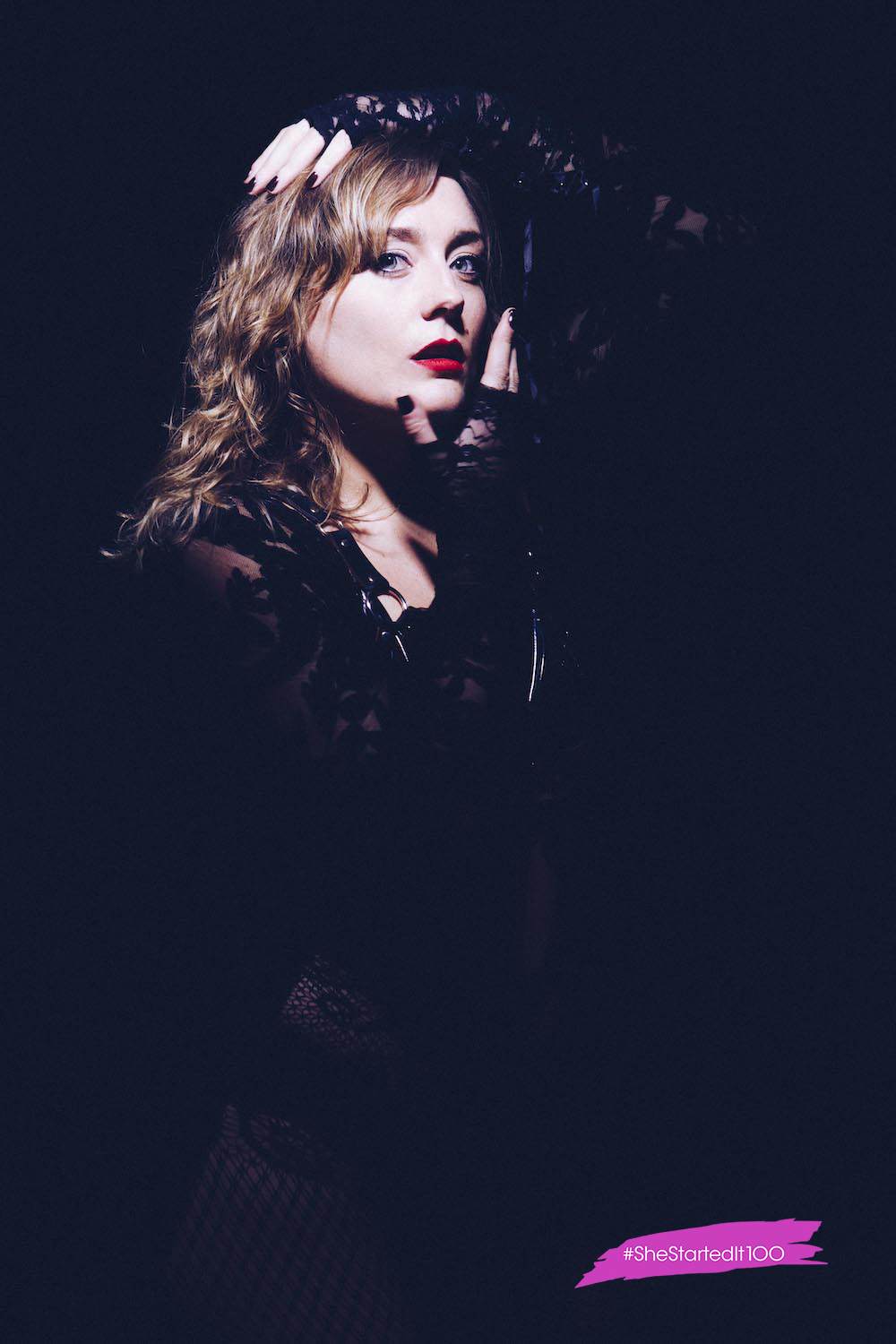 Profession:  Co-Founder and CEO of The Weird & the Wonderful

Her Story: After a 2004 trip to Glastonbury which led directly to a degree in Music Management & Live Production, Sophia started her career at WME Entertainment at the age of 21, the youngest member of the team in 2008. After meeting Steve Braines in 2012, they decided to create a company together ‘The Weird & the Wonderful’ of which she is co-CEO and manages an eclectic roster of artists. TW&TW launched an event series called He.She.They in 2018 – The international non-prejudicial, inclusive and diverse events collective. It made a name for itself celebrating the experimental, inclusive and marginalised DNA of the electronic underground. Its core message is the resurgence of a space where people of any race gender, colour, creed and sexuality can come together. 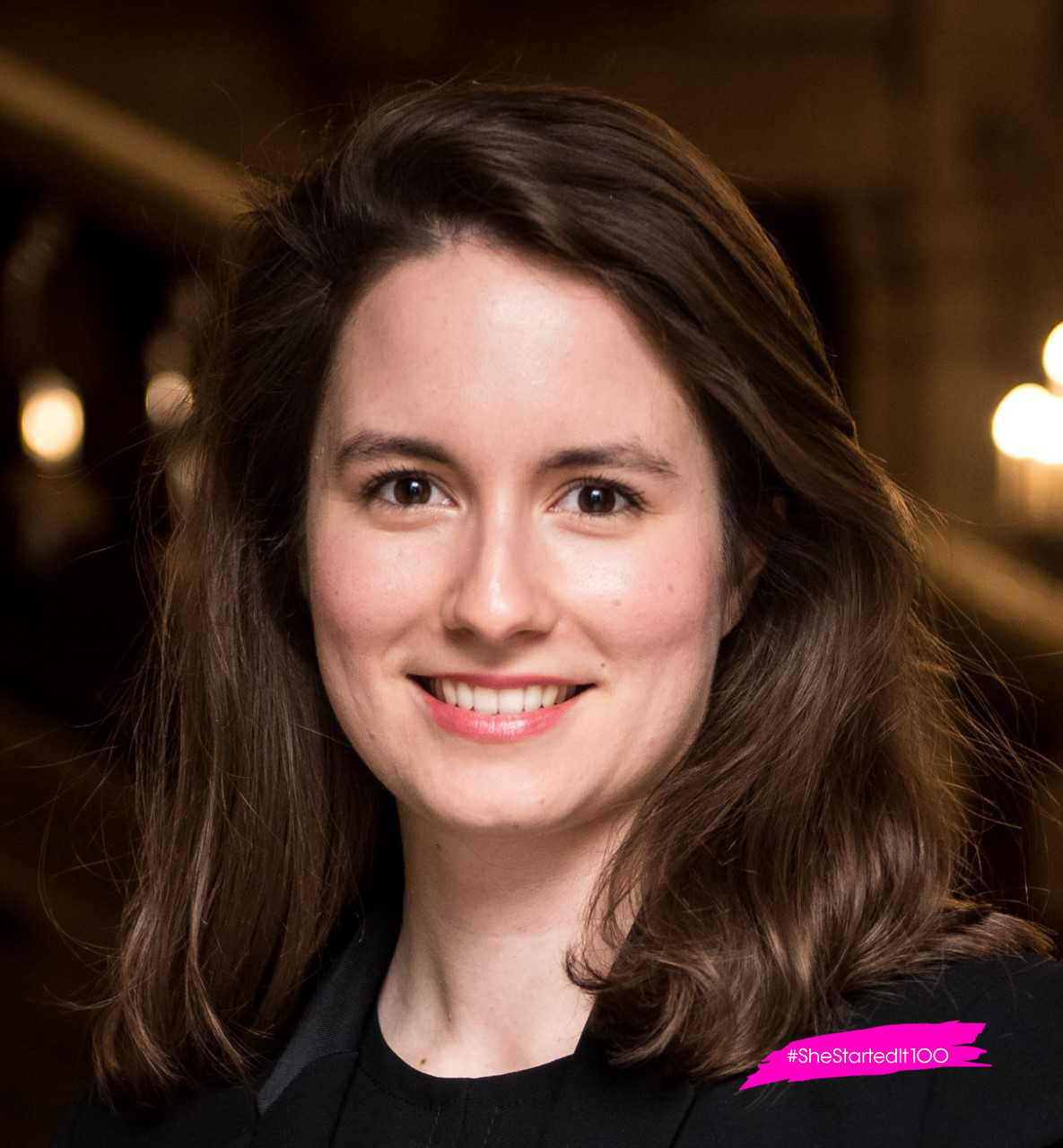 Her Story: After completing her MSc in Marketing and Creativity at ESCP Europe, Edilia Gänz is now the director of the non-profit organisation Fedora – which acts as a fundraiser for all of the main opera houses around Europe. In times of diminishing public funding, the platform supports innovation in opera and ballet, alongside nurturing European innovation and creativity, Fedora also aims to improve the visibility of the shows and make them accessible to everyone. Edilia promotes involvement and interaction with younger audiences through an online voting and donating system. So far the organisation has been a success, after receiving a huge EU grant, it’s now helping to fund shows in 13 countries and in world-famous locations like Sadler’s Wells. 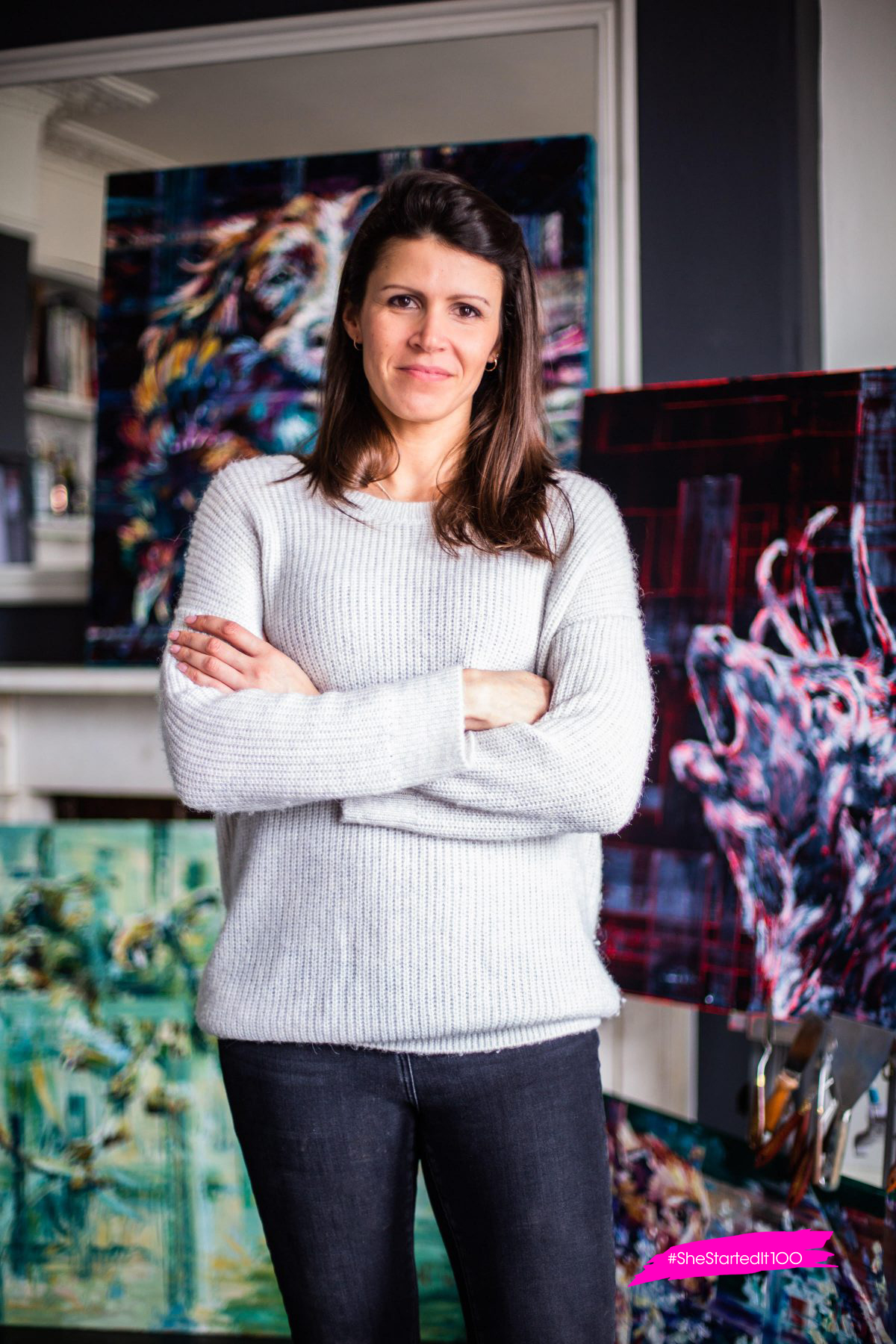 Her Story: Ex-Army helicopter pilot Hannah Shergold has recently completed her second solo art exhibition on London’s Pall Mall, raising a staggering £46,800 for the Born Free Foundation through the sale of her latest work ‘The Wild Collection’. Having left the Forces in April 2018, Hannah was selected as the Invictus Games artist-in-residence for the UK team and raised over £50,000 through the auction of 6 paintings. She also competed in the 2019 Sky Arts Portrait Artist of the Year competition and featured in the Financial Times ‘How To Spend It’. 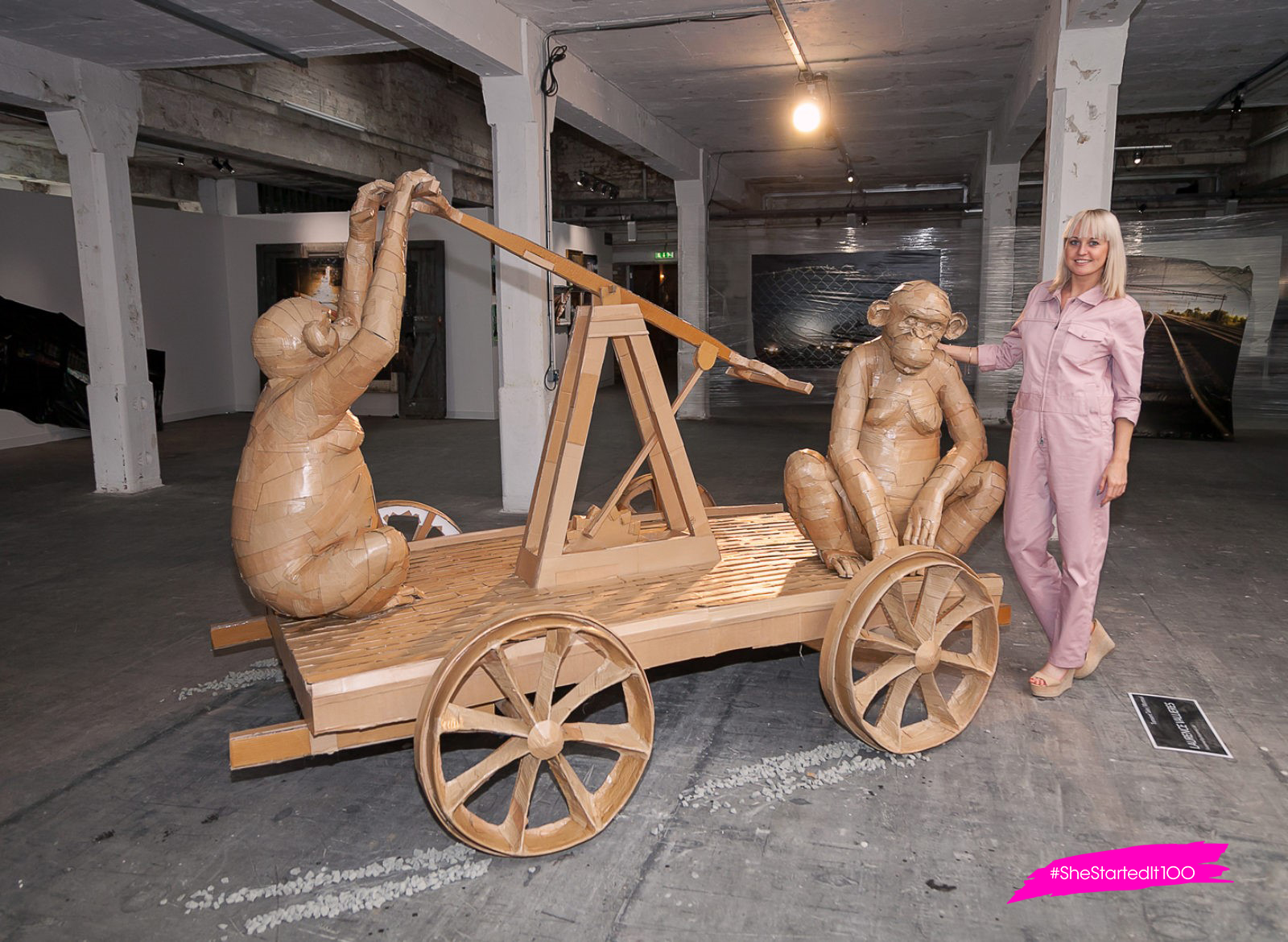 Her Story: Since 2010, Tina Ziegler has been at the progressive forefront of the urban and new contemporary art scene, responsible for the growth of numerous fairs, galleries and artists alike. Tina Ziegler is the director and creator of the international Art Fair – Moniker Art Fair. It now exists in both London and Brooklyn and was created to represent urban culture and how it’s constantly evolving. She has also curated well over 100 exhibitions across countless countries. In 2018, she expanded the previously-London-centric fair to New York, introducing new context and a new dimension to the already-renowned stylistically eclectic event.

Inspired by these amazing entrepreneurs? Join us for #SheStartedItLIVE: our 1-day festival dedicated to female entrepreneurship and empowerment on Saturday 14th September 2019. Book your ticket here and use the code ‘Angelica50’ for half price tickets this week only.