Life / Is it About Time you Installed Solar Panels?

Is it About Time you Installed Solar Panels?By Angelica Malin

Really, the world is going through the toughest times it ever has as far as the environment is concerned. Fossil fuels are evaporating, climate change is growing worse, and natural disasters are becoming more commonplace.

Over the last two years, much of this type of problem has been obscured by the pandemic, and the economic disaster it has caused many businesses, and individuals. But the truth is, everyone needs to be concerned about the environment.

To turn this around, you could look at more sustainable energy sources. According to the World Economic Forum, it would only take about 50% of the world’s rooftops to have solar panels installed, to power the whole planet.

The entire planet could have all their electricity needs met if just half the world’s homes had solar panels. Sadly, that figure is a long way off.

In the UK, there are only around 3.3% of homes that have solar panels fitted. So, isn’t it about time you considered solar energy?

Why should you install solar panels?

Put simply, it is one of the greenest, and most sustainable energy sources there is. Along with hydro and wind, solar energy is essentially endless. It is estimated that the sun could last for another 7 or maybe 8 billion years.

As you can see, solar power is going to be around far longer than any fossil fuel that the planet has. Indeed, they are rapidly running out.

Political situations such as the one currently occurring in Russia and Ukraine, also push the need for sustainable energy into the spotlight. With countries such as Russia controlling gas pipelines and oil reserves, an alternative power source is critical for the planet.

By installing solar panels, you are freeing yourself from the grid. You could avoid energy bills altogether, and you could even make some money back. Even if you don’t, you will at least be helping the planet.

Will solar panels alter the valuation of your property?

With the various changes that the country has gone through recently, many products and services have risen in cost. The all-around plain cost of living has risen, and so apparently has home improvements.

Many home improvements do add genuine value to a home. Adding decking or a patio to a garden will add value to a home. While you won’t recoup all your investment, you will push up the valuation of the property.

With solar panels, it is somewhat different.

Solar panels themselves won’t make your property go up in value. Some buyers may even find them unattractive and decide to look elsewhere. But this would be a shame as the financial benefits of solar panels lie elsewhere.

Would you actually save or make any real money?

While you won’t reap an instant ROI with solar panels, as in an increase in the value of your home, you will receive other benefits.

Firstly, to many potential buyers your home is now more attractive as they know they won’t have electricity bills to worry about. They also know they will not have to install solar panels, as you already carried that work out.

Secondly, you will start saving money on your own energy bills. You could save somewhere in the region of £400, depending on how much electricity your household uses. Now, compare this with the installation costs, and you can see how your investment works.

How long before you see a return on investment with solar panels?

The sooner you install solar panels, the quicker you will enjoy the financial benefits. You can ask an expert about investment, and why you should start investing today. They will always say that the earlier you invest, the better.

Typical solar panels for the average home may be something like a 3.5-kilowatt system. This would come in at around £5,000 perhaps. Suppliers are different, and the prices of solar panels have lowered over the years.

With savings of £400 a year, it would take around 12 years to recoup your investment. At this point, you will start to actually make a profit.

How long do solar panels last for?

This is a fitting question, especially if you are considering the environment, and ROI.

It is all well and good to use sustainable energy, but if solar panels need regular replacement, then they wouldn’t be so eco-friendly. Millions of tons of waste goes to landfill every year in the UK and minimising this should be a priority.

Solar panels can keep going for 25 years or more. Even after this time they can still produce energy, they just won’t be as efficient.

This means that while you may take 12 years to recoup your investment, you will have another 12 years or more to make a profit. As electricity costs only rise each year, your investment will become more and more valuable.

Can you recycle solar panels? 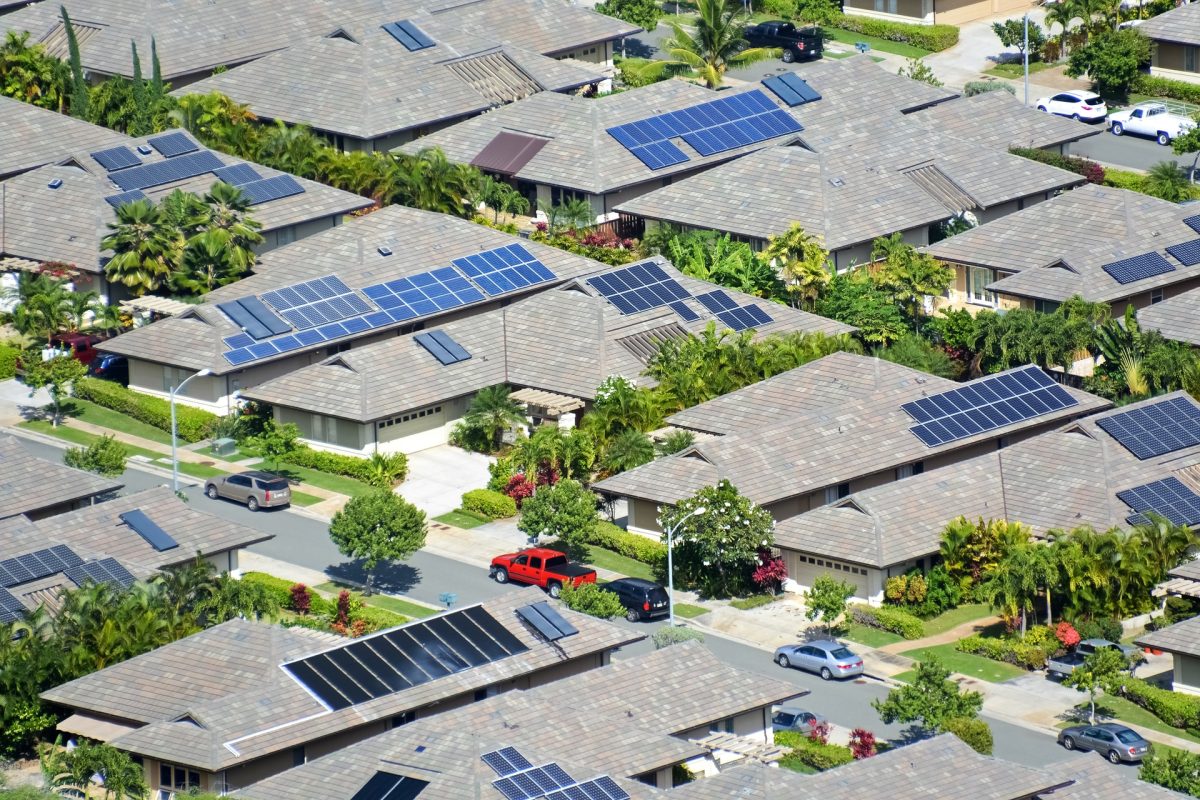 While still on the theme of the environment and how long solar panels last, it is worth considering the recycling possibilities.

Solar panels are totally recyclable. However, it is too costly at the moment to make it financially viable. This is because solar energy is still really in its infancy when it comes to residential properties and even commercial ones.

The panels last for decades, so there hasn’t yet been the need for mass recycling facilities. Doubtless in the future, this will be a reality though.

They look pretty ugly though, are there any other motivations to install them?

Yes, there is another reason you could install solar panels in the UK. That reason is called the Smart Export Guarantee from the government.

This scheme means that you can sell back electricity that your panels have generated, but you haven’t used, back to energy suppliers.

How much you can make from this will depend on which supplier you are with. Octopus and Tesla were two of the higher payers at the time of writing.

What can you power with solar panels?

While this article is generally about household solar panels, there are a number of other ways that solar energy can be embraced.

Garden and security lights are one common way that solar power is used today. In the US, it is not uncommon to see solar panels on RVs, or recreational vehicles. They are also used on USB power banks, coolers, camp showers, torches, and radios.

When used on a home, they can be used to power every appliance in the home, including the washing machine and televisions. Developers are finding new applications for solar energy every day, and there are even solar watches now.

To summarise why you should be thinking of getting solar panels, there are the cost savings, the potential to make money, and the environmental benefits.

While to some, solar panels look unattractive, they are becoming more common, and the advantages outstrip any aesthetic issues. In the next hundred years or so, fossil fuels may not exist. Sustainable energy is a necessity now.

Isn’t it about time you turned to a better energy source? The planet will benefit, and after some time, so will your bank balance.