Jimmy Chin: professional climber, mountaineer, director and photographer. He has made first ascents of big walls and alpine towers in the Karakoram Mountains, conquered Mt Everest and has led expeditions to China, Pakistan, Nepal and Tanzania, and that’s only the half of it. We sit down with Jimmy to discuss his latest documentary, Meru. A gripping, nail biting film that has achieved great success with  mainstream audiences and within the film community.

Can you please share a little back story on your latest film, Meru? 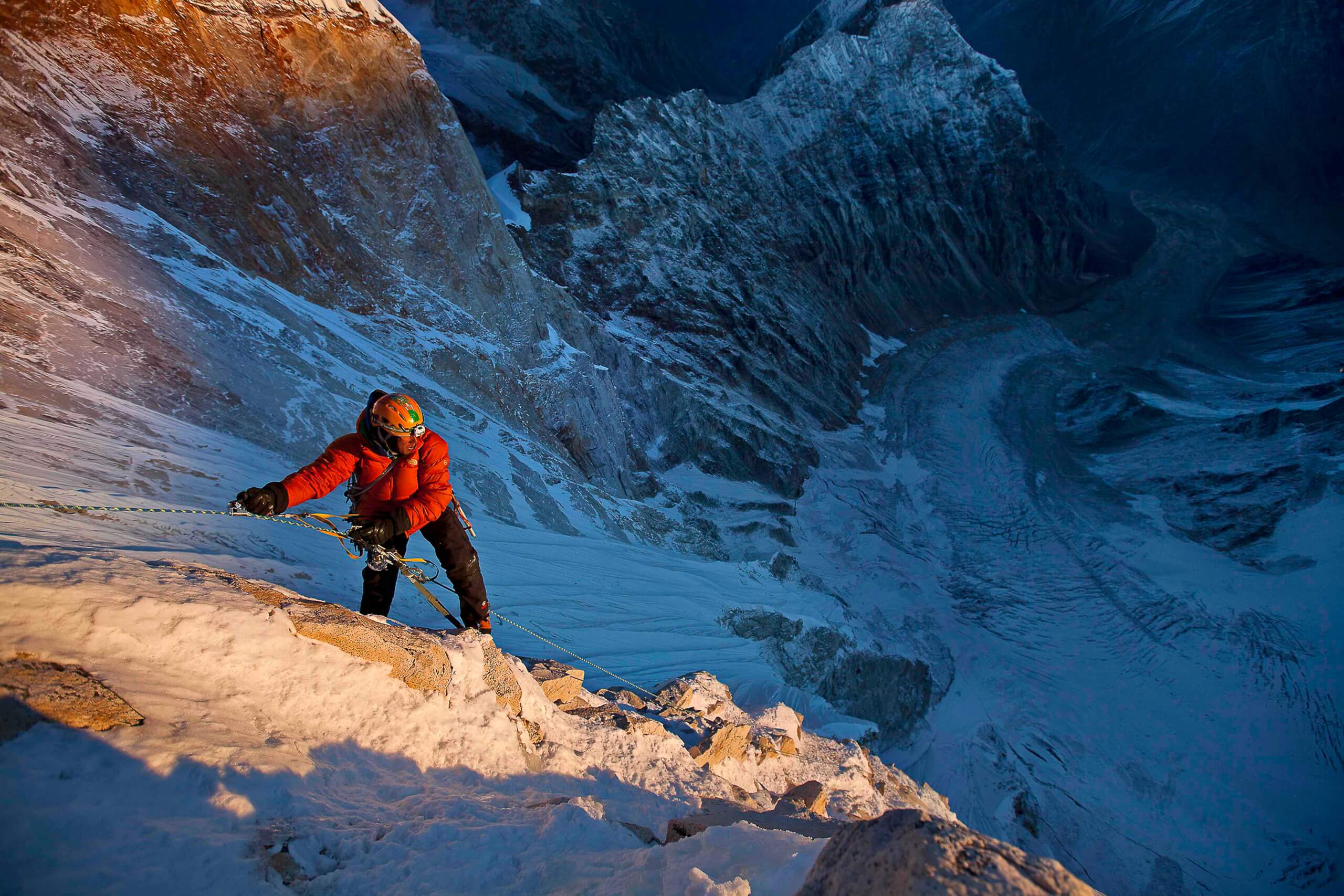 Really at the heart of Meru is a film about friendship, loyalty and mentorship. It’s really about the human spirit. It’s focused around three climbers, who are attempting one of the hardest climbs in the Himalayas. That story is really a vehicle to tell the story about friendship and ambition, and the conflict of responsibility. It’s a very harrowing climb and there are some fairly dramatic set backs.

You attempted to climb Shark’s Fin a couple of years ago – what made you go back? 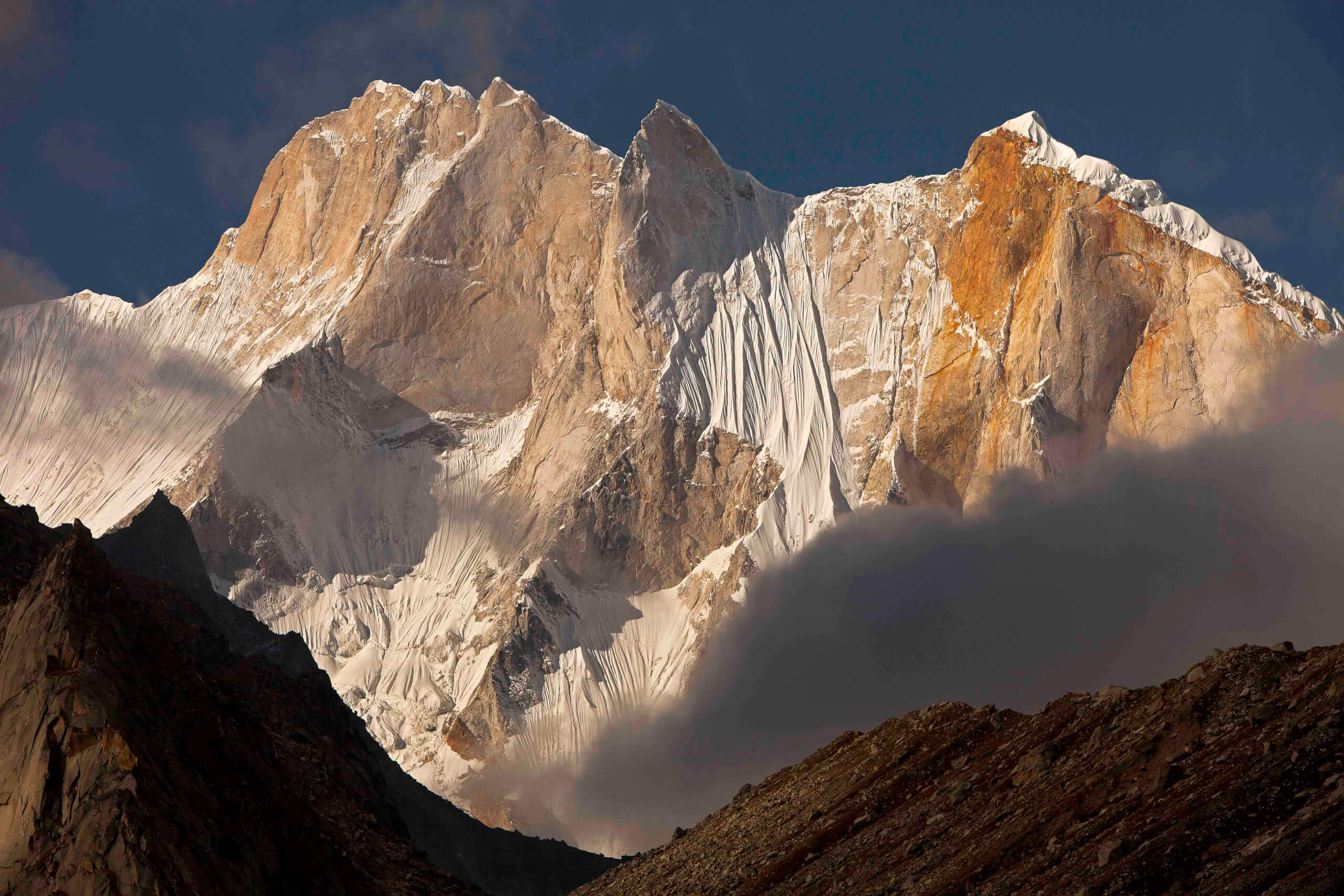 As a person, I don’t like to leave things unfinished. As a climber, especially as a professional climber you’re looking to do first ascents and you know Shark’s Fin is probably the most coveted climbs for the type of climbing that I do in that community. Just because it’s challenging in a way that requires you to be functioning and climbing at a very high level of every discipline. It’s kind of like, the ultimate test. I think by the fact that there has been so many failures on the climb, that’s often a gauge for how difficult the climb is, and also the climb had been attempted by world class teams than any other climb in the Himalayas. It had this notoriety about it. Climbing is a lot about the process, too. We had a very challenging first attempt and it’s also like a puzzle, you always want to resolve the puzzle. You get something out of climbing in those really harsh environments.

Did you have to undertake any special training? 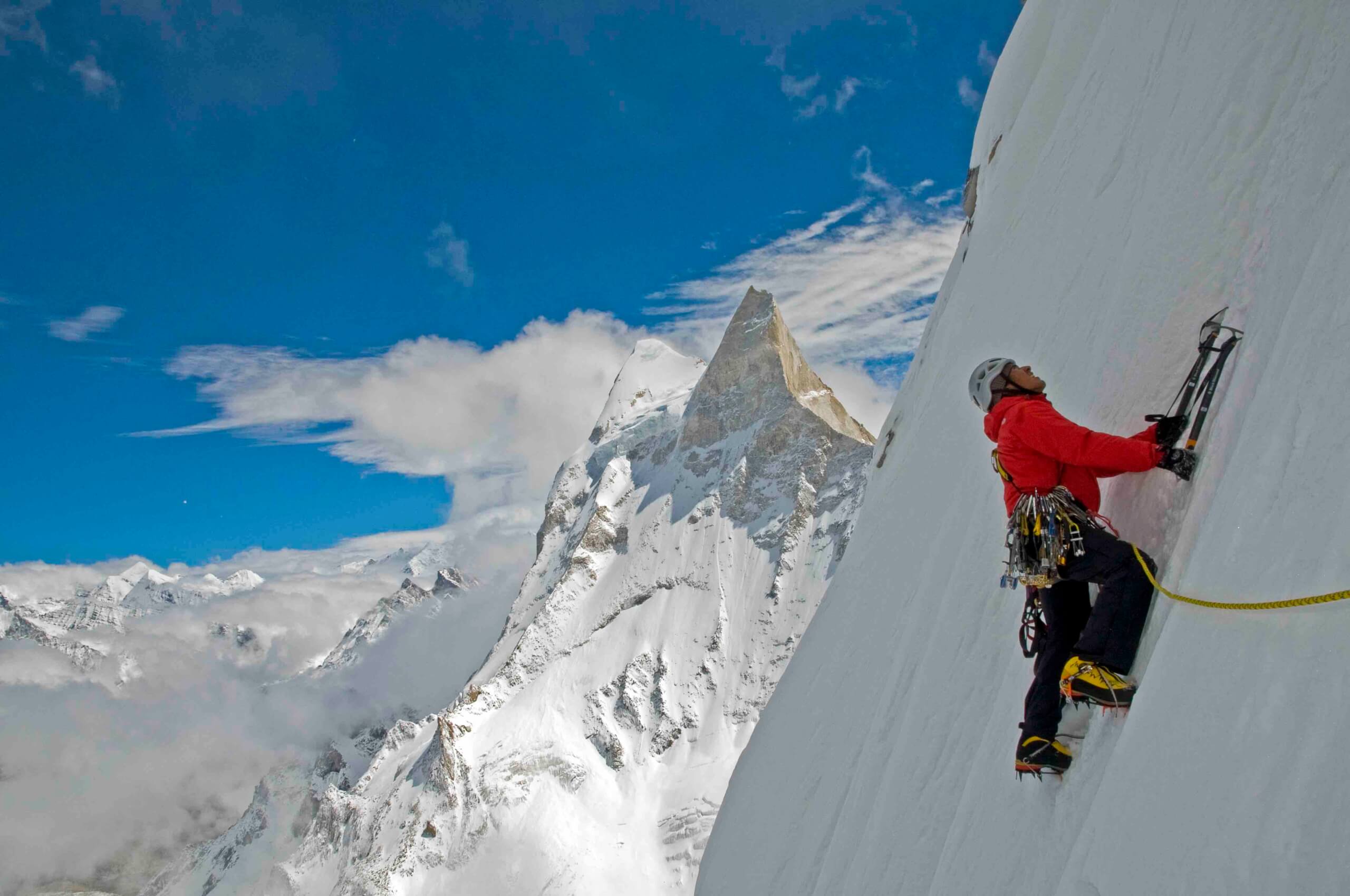 I climb, ski and run all the time. I like to call it training, but it’s really because I love being outside and in the mountains. I do instensify that before a big trip like this. But really, a big climb requires patience, preservation and the ability to be really focused in the moment and take one step at a time – and that comes from experience. It takes years of climbing in the big mountains to get ready, you could say, for a climb like this.

Your wife co-directed the documentary, how was it working together? 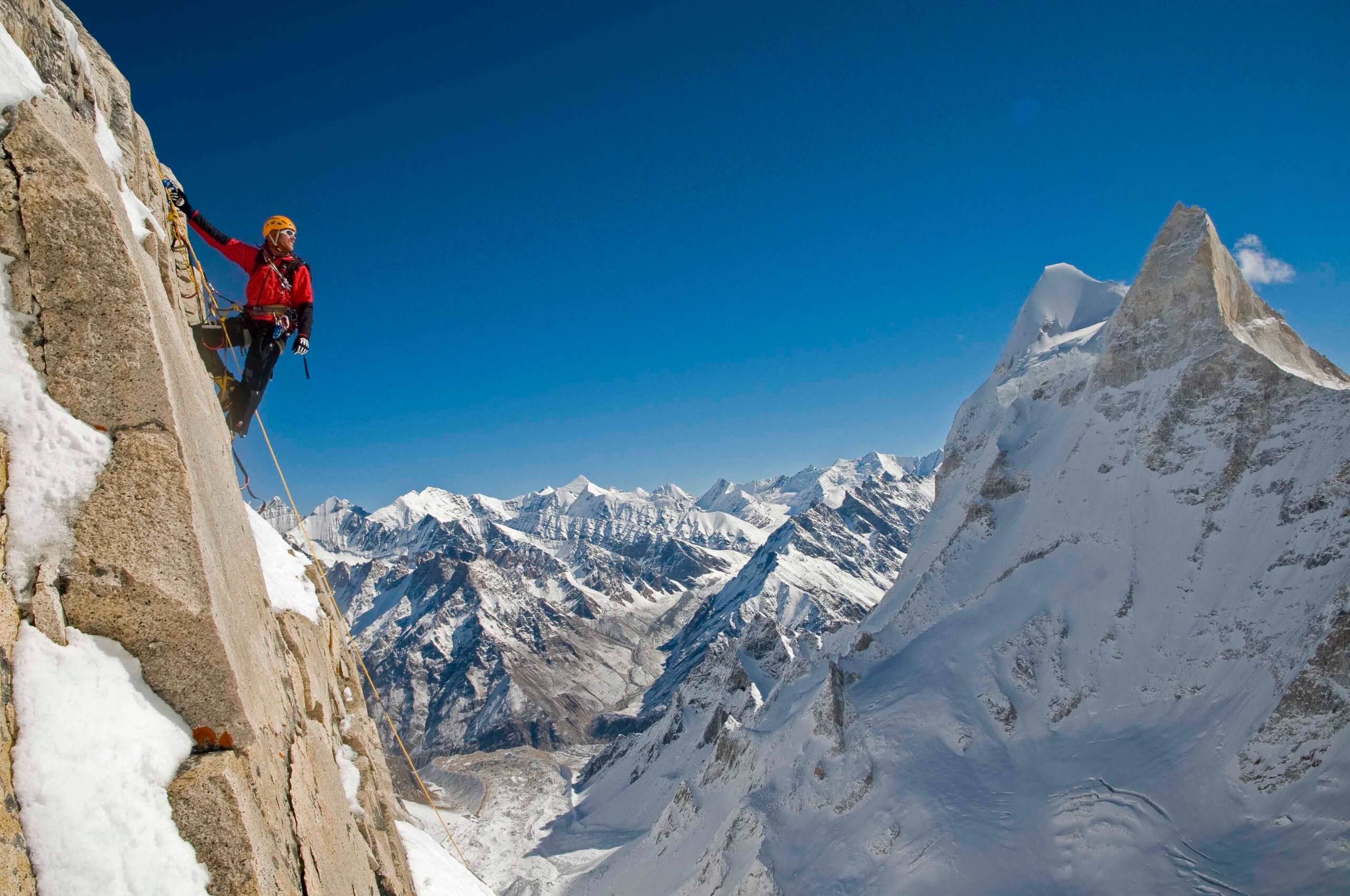 To be a director you have to have an opinion, and I think one of the strengths of this film is that Chai and I come from completely different places. She was born and raised in Manhattan, I was born and raised in a small town in the heartland of the US, in Minnesota. But, she brought a level of intellect and humanity to the film that was really important and a lot of objectivity. I’m in the film and I was very close to the subjects and I shot the film with Renan. She came in and really was able to help navigate the narrative in a way that would have been impossible for me to do, because I was just too close to it. Did we have disagreements over certain parts of the film? Yes, but they were very healthy. I think in a way we work extraordinarily well in the cutting room and probably less well deciding on where we’re going to eat dinner.

You conquered Mt. Everest, how did this latest climb compare? 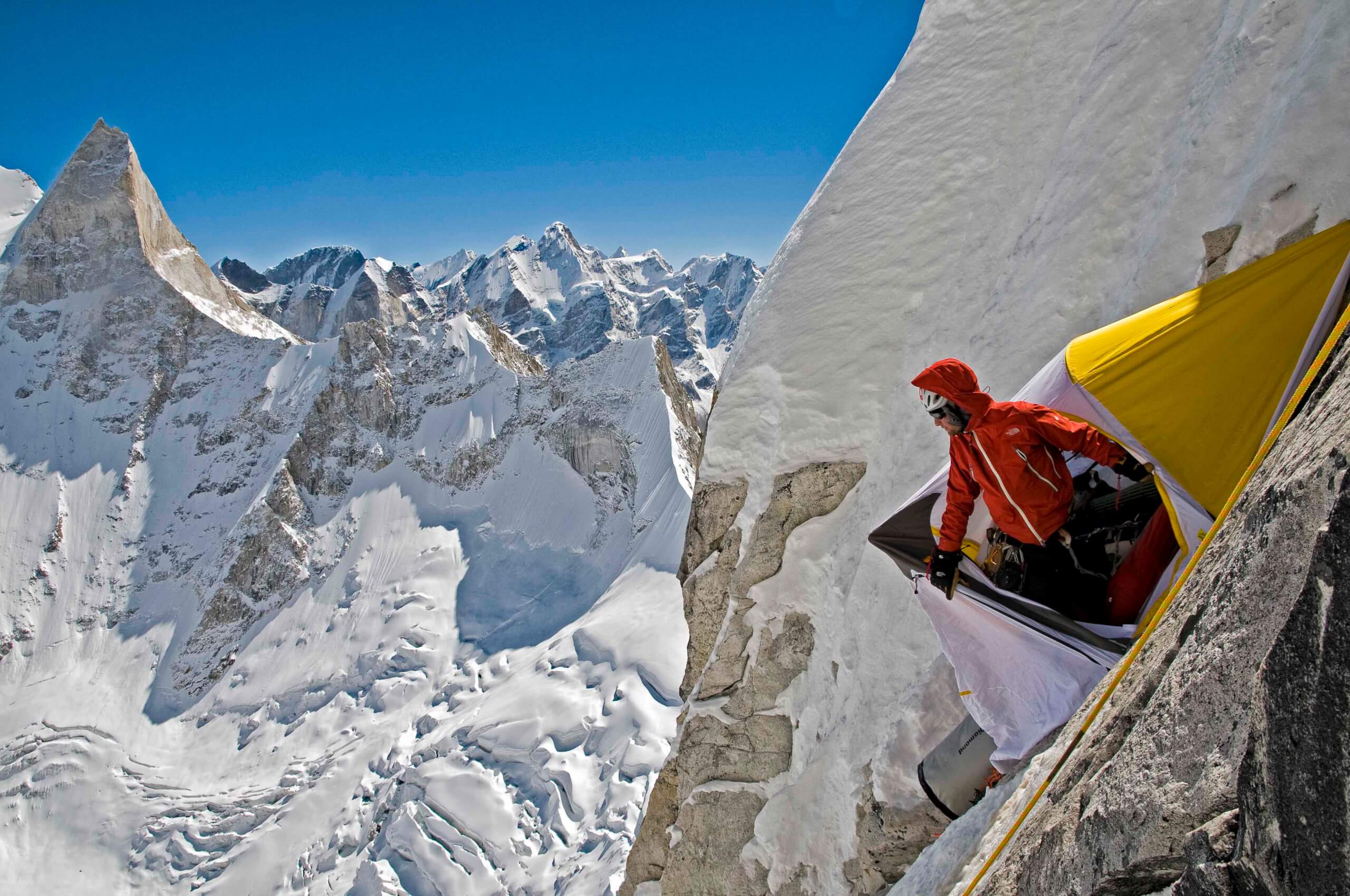 Shark’s Fin was much, much, much more technical. Put it this way, you couldn’t pay someone $60,000 to help you get up Shark’s Fin, and you can do that on Everest. It’s a different type of climb. No one wants to go up it, but that’s kind of the beauty of it. It’s not about claiming you climbed the highest peak in the world, it only draws the climbers climber. Climbers who have paid their dues, who have spent a lifetime learning the required skills of climbing this mountain. You need to know how to ice climb, big wall climb and free climb – there’s all these different elements to it. In essence, you wouldn’t approach this climb if you didn’t love climbing.

Where do you go from here – is there anything bigger than Shark’s Fin? There are other big mountains out there that I would love to climb. It’s about being out in the mountains and being out with your partners, experience something that’s beyond what you would normally get to experience day to day. It’s a very raw type of experience, kind of strips away all the normal bs of life and really focuses on some intense aspects.

The film touches on friendship, how was it tested during the climb? 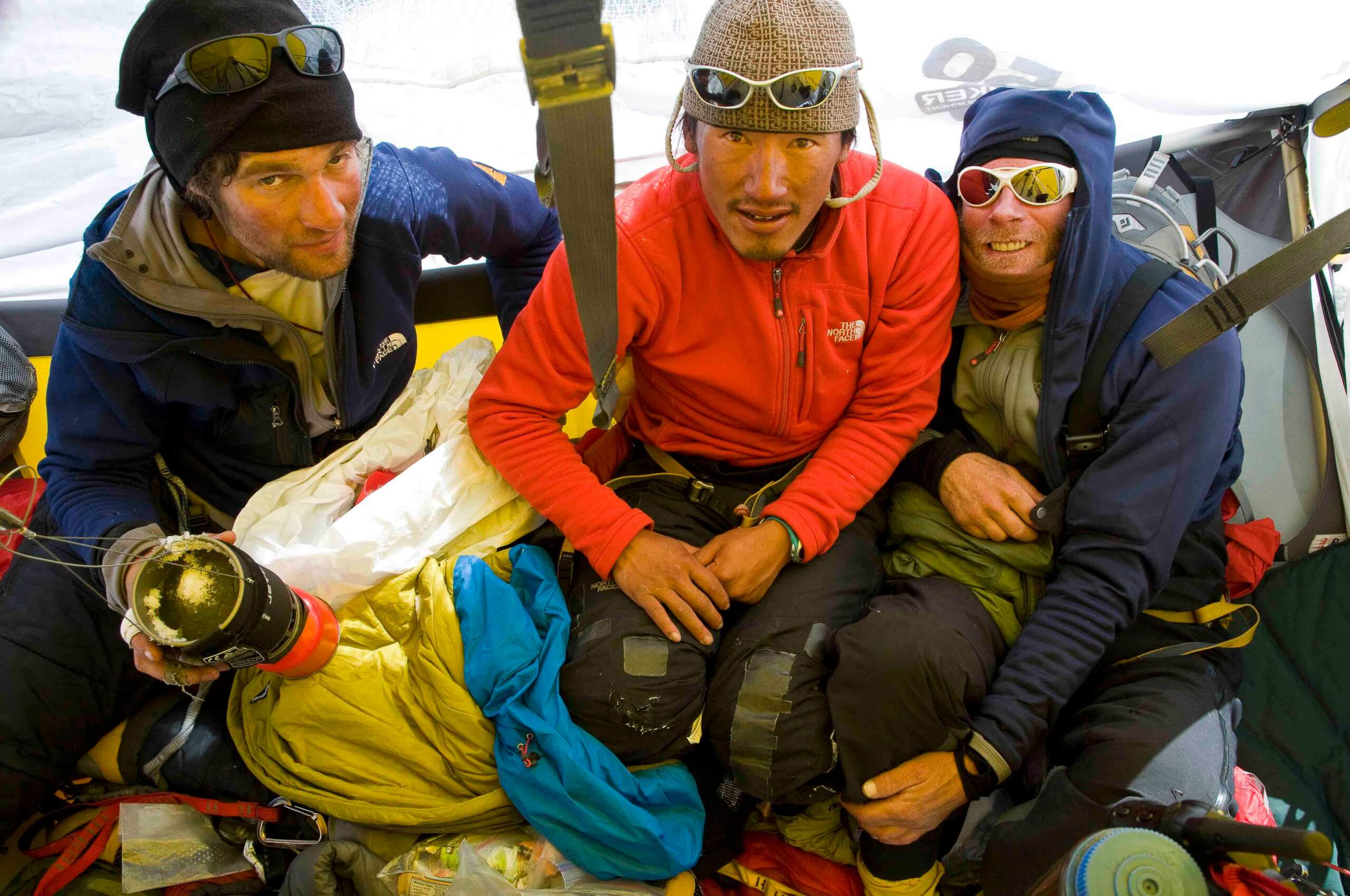 In the film you do see some acts of friendship, which I think are inspiring. Really, I think that’s why I made the film because there are misconceptions around climbing, that it’s all just ego based, chest beating and conquering mountains – that’s not at all the experience I’ve had with climbing. I wanted to show a side of climbing that was important to me which was a lot about the friendship, having loyalty to your partners and the incredible mentorships that you experience. I think these are universal ideas that people can relate to. A 10 year old girl can relate to this film, and older gentlemen can relate to this film as there’s a lot about perseverance and the challenges of being human. It’s a film about life and death, but it’s about being human and the difficult choices you have to face. Here, it’s very clear as climbing is such an easy metaphor for a lot of things in life. The challenges the characters face in the film are the challenges that I think people face day to day. Not necessarily  literally, but metaphorically.

You picked up the Audience Documentary Award at the Sundance Festival, did you think the film would garner such recognition? 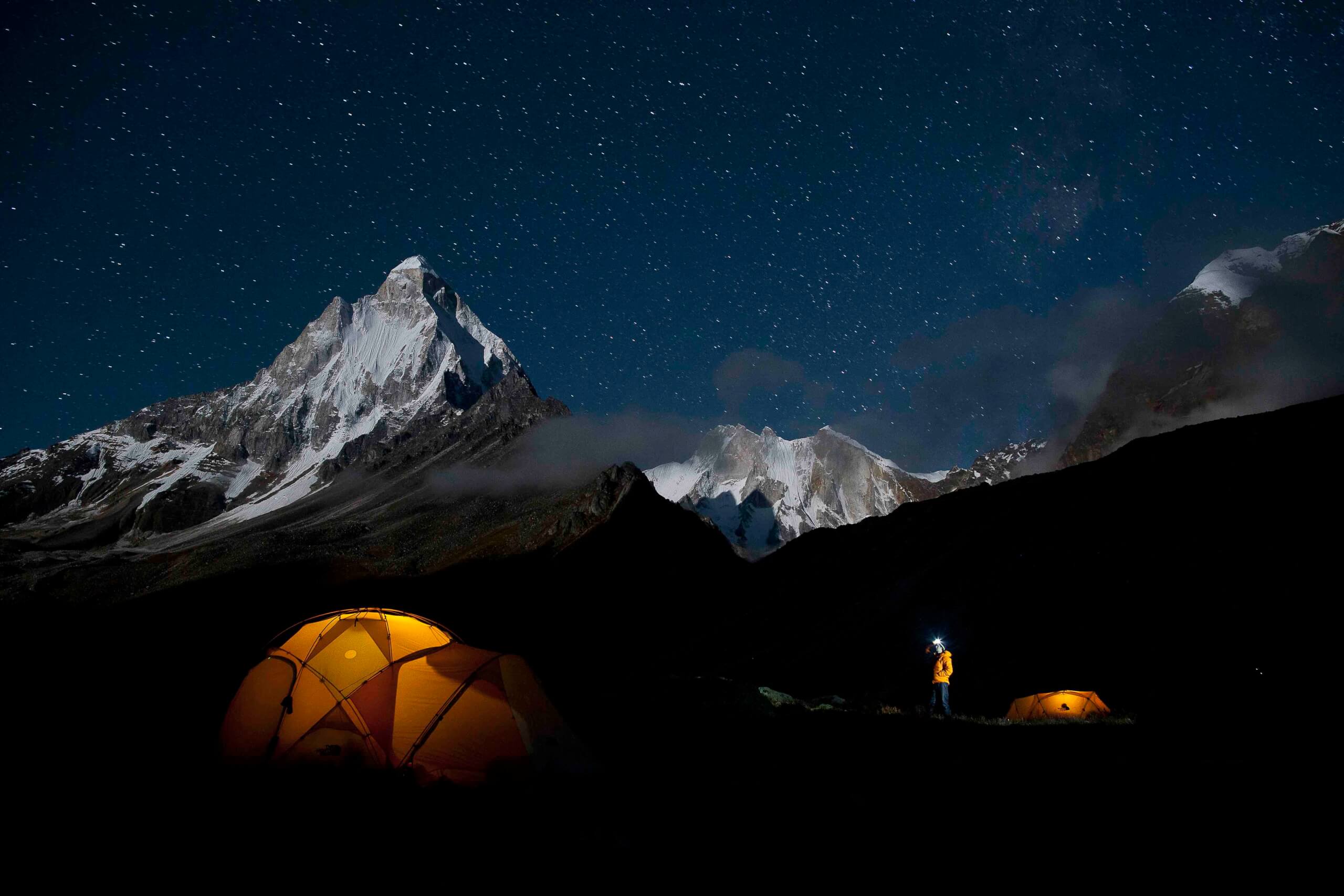 I was more focused on making the best film I could make. I was happy with it when I was finished because I had said what I wanted it to say, and I felt like it made people feel the way I wanted them to feel. I wanted it to be emotional, I wanted it to be something that people would think about hopefully days after the film. We screened it quite a bit and I felt like the reaction was very much the reaction I wanted – that was great. I definitely didn’t think it was going to win the audience award at the Sundance. It’s done very well, it had a great theatrical release in the US. It was nominated at the Directors Guild, so we’re very happy.

The film draws on personal struggles, how was it watching the footage back in the edit? 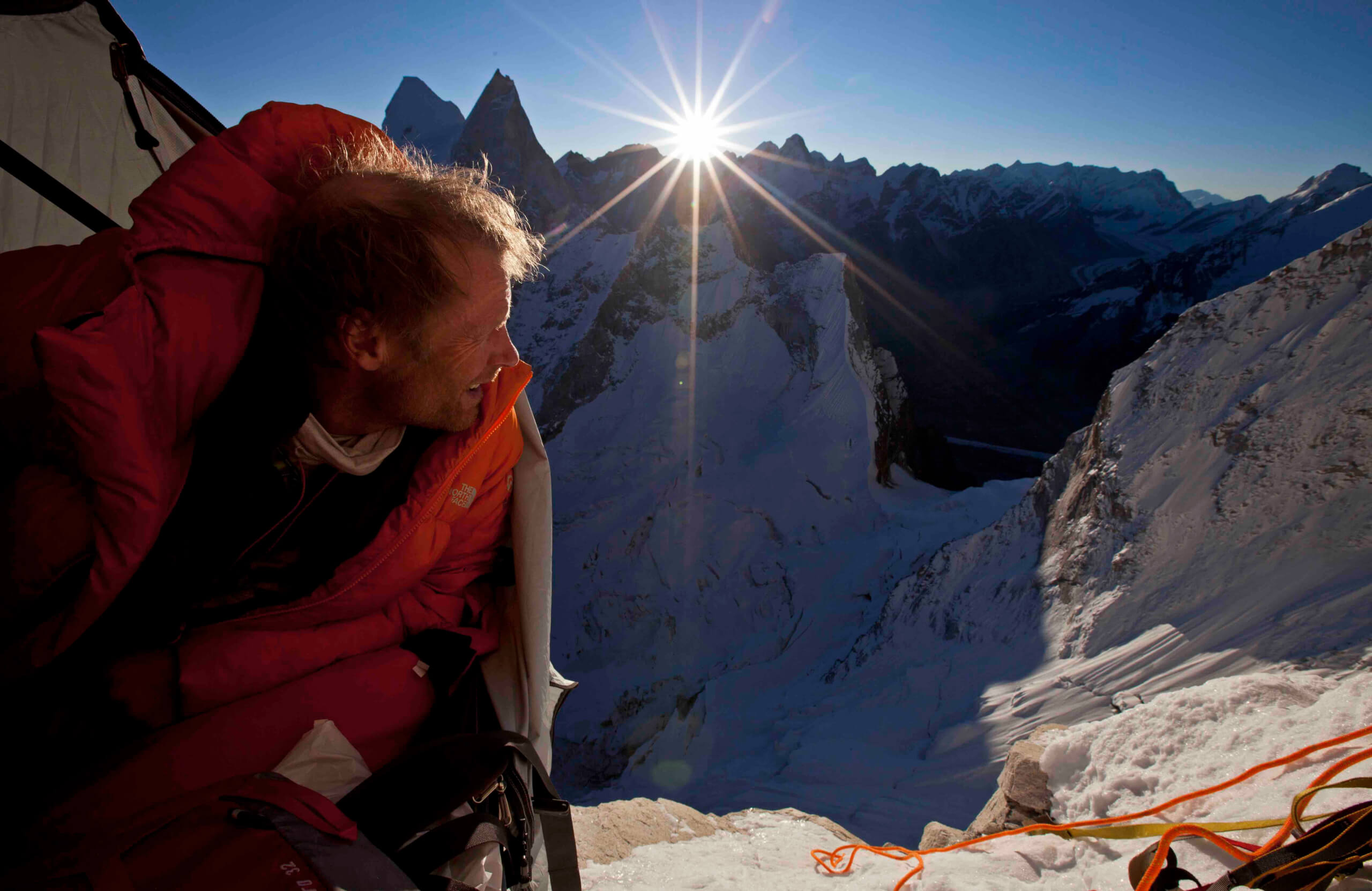 It’s funny, I was fairly removed while we were editing the film with all the different things that happened. It’s really great to experience  it with audiences and that’s where you relive it a little bit. You can feel it usually in the theatre, where people are at at certain moments, that collective vibe definitely has an impact.

MERU is out in cinemas via ourscreen and on digital download from 12th February, and is available on DVD & Blu-Ray from 7th March.