Life / Entrepreneurs / AT Meets: Jason Oppenheim, President of The Oppenheim Group and Star of Selling Sunset

AT Meets: Jason Oppenheim, President of The Oppenheim Group and Star of Selling SunsetBy Alicia Grimshaw

Jason Oppenheim was well known in the LA real estate business prior to allowing cameras into his brokerage, The Oppenheim Group, for the highly popular Netflix show Selling Sunset. The reality TV programme, produced by Adam DiVello, who was behind hugely successful MTV hits like The Hills, Laguna Beach, and The City, dropped its first series on the streaming platform in 2019. Thanks to the overwhelming reception, Selling Sunset has already spawned a further two seasons, with a fourth in the pipeline. 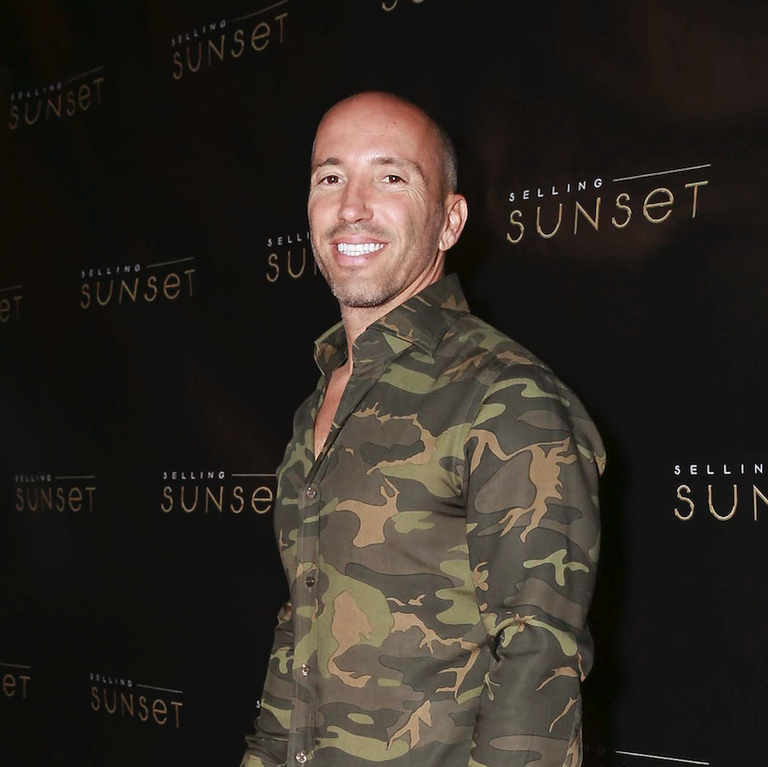 Jason, who has seen his personal and professional success skyrocket in the last year, admits he didn’t foresee the show’s popularity. “I never thought it was going to be that big. I think we were all excited, but I think no one can pretend to expect this type of success,” he humbly quips. “I think season 2 was better than season 1, and season 3 was better than season 2. I give them a 7, 8, and 9. Hopefully, we’ll hit 10 on season 4.”

The 43-year-old, who is the president and founder of The Oppenheim Group with his twin brother Brett (Senior Vice President at the company), was reluctant to sign up for a show having been pursued by various producers for a year before signing a deal with Adam. “He was persistent and he convinced us to come into the office, so when we did that we had a good meeting,” Jason explains.

“After that, we slowly came around, and my brother and I talked about it again and we just decided to take the next step. We got more excited once we taped a sizzle reel, or whatever you call it. We said that we wanted a show on Netflix, so he [Adam] brought in Netflix. And then it was pure excitement. The first season there was a lot of anxiety because we didn’t know what to expect. There was a ton of anxiety from me, I was difficult. It’s hard for me to relinquish control over anything, let alone my brand, my reputation, and my character.”

Weeks after Selling Sunset season 3 climbed to Netflix’s coveted ‘Most Watched’ spot, we chatted to Jason via the power of Zoom about the show’s global success and carving a new genre in the reality TV world. With the latest series only released in August, talk has already turned to further seasons. Has season four been given the green light? “Nothing has been discussed yet, but I think that’s probably going to happen this week,” he says.

“There really is no question that we’re going to be filming new seasons. We have a good relationship with Netflix and we want to move forward. The show is obviously a huge success, so it’s just a question of negotiating a few things, and dealing with the pandemic and stuff like that.” 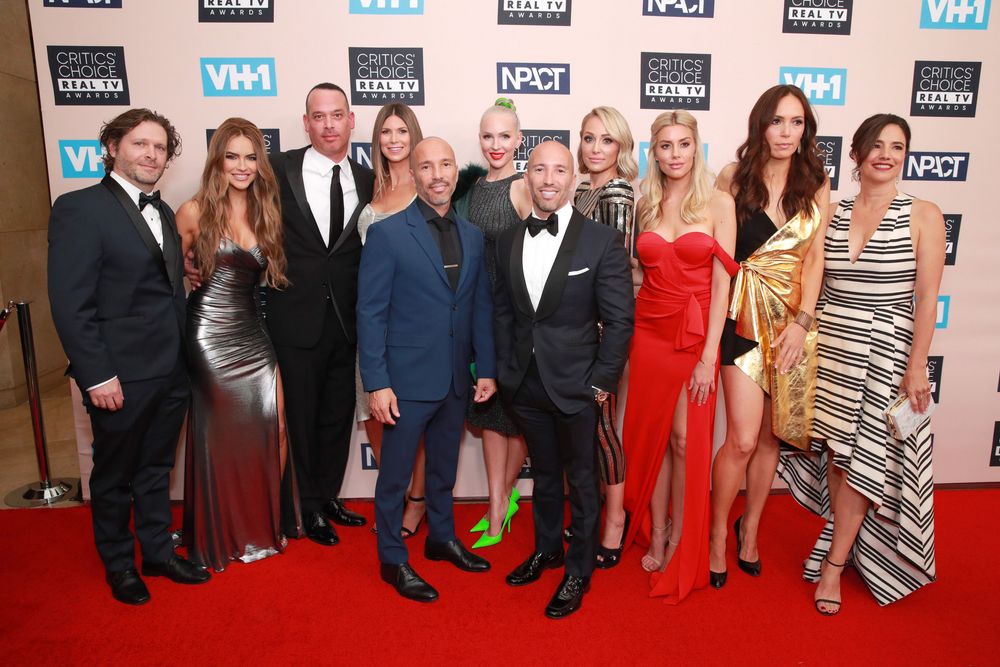 While Selling Sunset has seen love from across the globe, the show isn’t without its controversies, with many people questioning the authenticity of the programme, and Jason was the first to acknowledge he sees the constant queries as a form of flattery. “You wouldn’t believe the number of questions I get asked about the show,” he confesses.

“I think it’s the highest compliment that people question everything about the show – and if they didn’t it’s because the show wasn’t good. If you watch a bad show you’re like ‘that was real, but it sucks,’ so I think they question everything. It’s unbelievable, they think I cast people for the show which implies they’re not real estate agents or they weren’t at the brokerage before the show started. They think that we can’t be dressing ourselves, that these aren’t our cars, that these aren’t our listings, that the office isn’t real. People are surprised that we have an office, like you think we built an office for this show? They question everything… but honestly, it’s all a compliment.”

And one of the programme’s biggest critics, Chrissy Teigen, aired her thoughts on Twitter, claiming, “I look at LA real estate a lot and have never seen any of these people, neither have our agents, who I have obsessively asked.”

“You wanna know something funny? I’m showing Chrissy’s house tomorrow morning. You know what I’m going to do, I’m going to Tweet her to tell her to come and see if I’m real,” he smiles.

And it’s not just criticism the show has faced as two castmembers Davina Portraz and Christine Quinn have suffered heavy backlash following their actions in the latest season. Do you feel the need to defend them? “People ask me if they’re misunderstood, and I’m friends with them so of course, I’m going to defend them,” he replies. “They’re good people and I wouldn’t have hired them otherwise. I also think a lot of what people say on social media is way out of bounds. You have to have thick skin because there’s just haters out there. People like to bring people down, and you just have to learn to ignore it. It’s easier said than done because we’re all sensitive. It’s really upset them, and I wish there’s something I could do – but you can’t control idiots.” 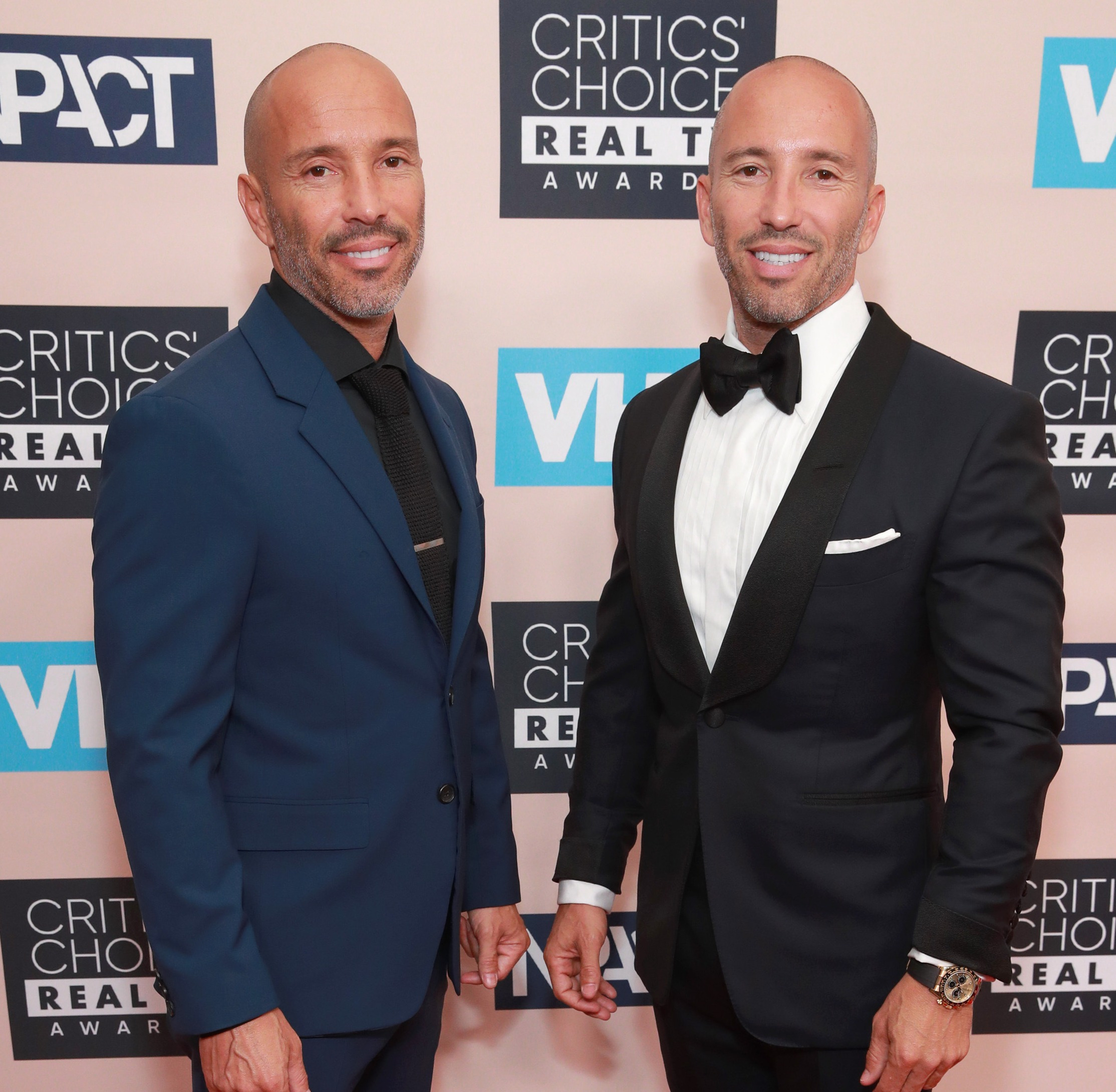 Just days before our chat, the internet was awash with news that brother Brett was leaving The Oppenheim Group to set up his own brokerage, prompting a social media meltdown among fans. “He’s not starting another brokerage where he’s bringing on agents or competing,” he says with a laugh. “I think Christine said something and it just got way out of control. None of that is happening. There’s really no story there. We’ll still be working together – you’ll still be seeing him in season 4. I’m sure having separate brokerages would create great TV, but that’s not the case.”

While Bret has hit the headlines for his now squashed brokerage plans, Jason also caused a stir when he recently said that he “wouldn’t have signed up for the show had I known what it would have become,” a phrase he said was “misinterpreted”.

“First of all, just to be clear, I’m really happy I’ve done the show,” he declares. “I think it’s been so much fun to do it with my best friends and to have the success, the professional success the show has provided. That said, initially, the show that I was thinking about, that I wanted to do was very real estate driven, and looking back, the show I was probably thinking about wouldn’t have been that successful.”

“That was honestly pretty misinterpreted,” he admits. “Honestly, thank god I’m not directing or producing the show because I probably would have gotten into details about construction and houses. It would have been a pretty boring show.”

With filming for season 4 not happening for quite a while, Selling Sunset castmember Chrishell Stause signed up to appear in the current series of Dancing with the Stars. How do you think she’s going to fare in the competition? “Chrishell is excellent at everything she does, she’s super capable,” he says. “I’m going to have to guess despite the fact she has no formal dance training, just knowing her I think she’s going to do well.” After coming to the conclusion there are 12 contestants taking part (after checking there’s 15), Jason thought his employee would come in fifth place.”That would be my guess, I’m on the record saying that.” Surely if she doesn’t beat Carole Baskin we’ve got some issues? “Oh, I told her the same thing. I think that’s the litmus test for everyone on that show.”

But the burning question of all is whether Davina’s $75 million listing is still on the market? “Look, put it this way if you know anyone let me know,” he jokes. “I have a lot of trust in Davina, but the client isn’t easy. Wealthy clients can either be really difficult or really easy – there’s no in-between.”