For Tampa Bay-based financier and real estate mogul Baskal Korkis, empire building is something he’s been familiar with since the tender age of 14. Following an eye-opening conversation with his uncle about real estate investments, Baskal discovered a business model that would change his life— buying properties with the intention of renting them out in order to make a profit. After realizing how potentially lucrative this business model could be, a young Baskal wondered why his uncle hadn’t tried to buy more properties. 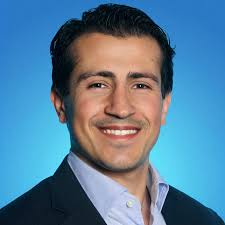 “Why stop at one? Why not 100? Why not 1000?” Baskal remembers asking his uncle at a holiday family gathering.

Baskal became obsessed. At just 14, he redirected all his efforts to school, work and real estate with the goal of buying a property as soon as he could. At 19, he completed his first real estate deal and by 23 years old, he owned 10 buildings.

“I barely slept, but I was doing everything I wanted to do,” Baskal says.

Today, at 34 years old, Baskal’s empire has grown exponentially. In addition to his successful real estate endeavors, he owns multiple businesses including an accounting firm and insurance agency that both specialize in real estate investments, a rental company, and a financial services company.

But what sets Baskal apart from most real estate entrepreneurs is his desire to share his knowledge. The self-made entrepreneur cranks out daily posts via Instagram with tips on how to maximize finances and how-to videos on real estate construction. After spending the last 20 years navigating his way through the business, Baskal witnessed firsthand how few people knew how to manage even their own personal finances.

Now with the platform of his growing Instagram following, he intends on sharing everything he’s learned over the years, encouraging his followers to make better decisions that will benefit them in the long run versus the short term.

“Everyone should educate themselves regarding their personal finances,” Baskal says. “Unfortunately, our current education system doesn’t offer this type of education. No one is going to help them but themselves and my goal is to teach people via social media for free.”