Joe Lycett is a stone’s throw away from being a household name – he’s already bagged the 2012 Fosters Comedy Award for Best Newcomer and featured on Celebrity Juice, Never Mind The Buzzcocks and 8 out of 10 Cats. Following his critically acclaimed debut tour, ‘Joe Lycett: Some Lycett Hot’, his second full-length stand-up show, ‘Joe Lycett: If Joe Lycett Then You Should’ve Put A Ring On It’ has made its way round the world, from last year’s Edinburgh Fringe to the Melbourne International Comedy Festival 2014. We thought we’d better ask him some questions quick and fast before he has no time at all to respond.

Hello Joe. Thanks for chatting to us. Your show has been taken literally to the other side of the world – the Melbourne International Comedy Festival. Is it different playing to audiences in Australia?

Yes. They are very different here. They have strange voices and are not like us. They say things like ‘alright’ and have names like ‘Hugo’. It’s terrifying.

As a comedian does job satisfaction rely on people laughing a lot in your shows, or is that an oversimplification?

That is an UNDERsimplification. It relies on people laughing and people giving you money.

Your ‘Always A Pleasure’ blog is full of people looking unhappy standing next to you. If you could pick anyone in the world to stand next to you and look proper gloomy who would it be?

Barack Obama, because the retweets would be insane.

Once you’re back in the UK, you only have two dates left to run on your show ‘If Joe Lycett Then You Should Have Put A Ring On It’. Is it strange to know you won’t be performing that show any longer?

It’s quite strange but there are stranger things going on. Like the alien family that landed in my garden just before I left. My mum says they have settled in the greenhouse and demand smoked salmon and asparagus every morning. She’s exhausting her MyWaitrose card at the minute and they are very bad at saying ‘thank you’. It’s all a bit unsettling at home at the minute. 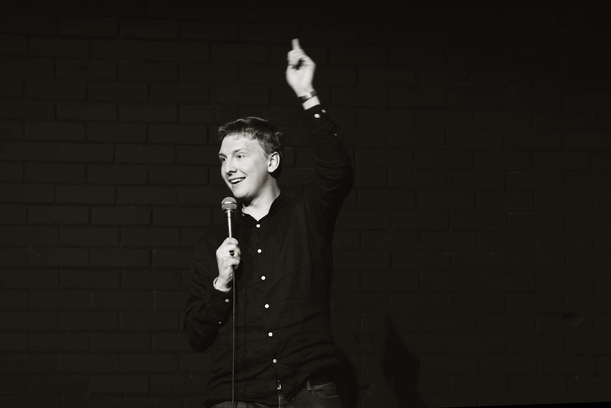 A lot of your material is anecdotal (or it seems like it is!) ­– how do you approach writing?

That’s the trick! It seems like it’s anecdotal – BUT IT ISN’T! It’s actually just one joke, dragged out slowly over a whole career. You won’t fully understand the joke until my career is over, but let me tell you, it’s totally the best knob gag anyone has ever written.

As an in-demand comedian you’re a busy man. How do you spend your time off?

Taking miaow miaow and sleeping with dozens of cheap prostitutes. When I’m not doing that I like to read and take long walks along the canal.

If you had to perform any other comic’s set, who would it be and why?

You are on a four-year journey to Mars. Who would you choose as your three fellow astronaut companions?

Julian Clary’s technical team. I know them all very well.

We like all your puns, Joe. Can you come up with another one, just for us?

No. I can tell you this great joke though that I wrote today. It’s my favourite joke I ever wrote. ‘Went to see the owls at the zoo today, dressed as a mouse. Turned a few heads.’

You can see ‘Joe Lycett: If Joe Lycett Then You Should’ve Put A Ring On It’ on Saturday 26 April at Udderbelly Festival, Southbank. Book here. 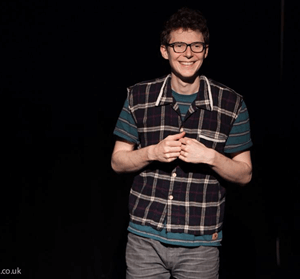