I’ve been putting off writing this one for a while. Truth is: things are much easier when you’re flying. When you’re high on life, dashing through the city a hundred miles an hour, trying everything, feeling everything, living your best life. It’s much harder when you’re not yourself – when times are tough, energy is low, struggles are bigger – and you’re mustering up the strength to do another day.

The last few months, that’s how I’ve felt. I’ve kept it from you, lovely readers, partly because I didn’t feel like it’s what you wanted to see. Our social media feeds here at About Time are full of brunch and joy, avocados and sunny selfies, iced lattes and marble-themed active wear. I didn’t know if I was ready to change that – for something more raw and honest – because, frankly, having a nice shiny social media presence makes me feel calm and grounded, even if it does edit out the less sexy bits.

And partly because, frankly, I wasn’t ready – I’ve had ongoing health struggles the last 6 months and a part of me couldn’t even admit to myself what was going on, let alone you. But you deserve better. You deserve to know what makes us strong, and what makes us weak, because that is how we grow together. 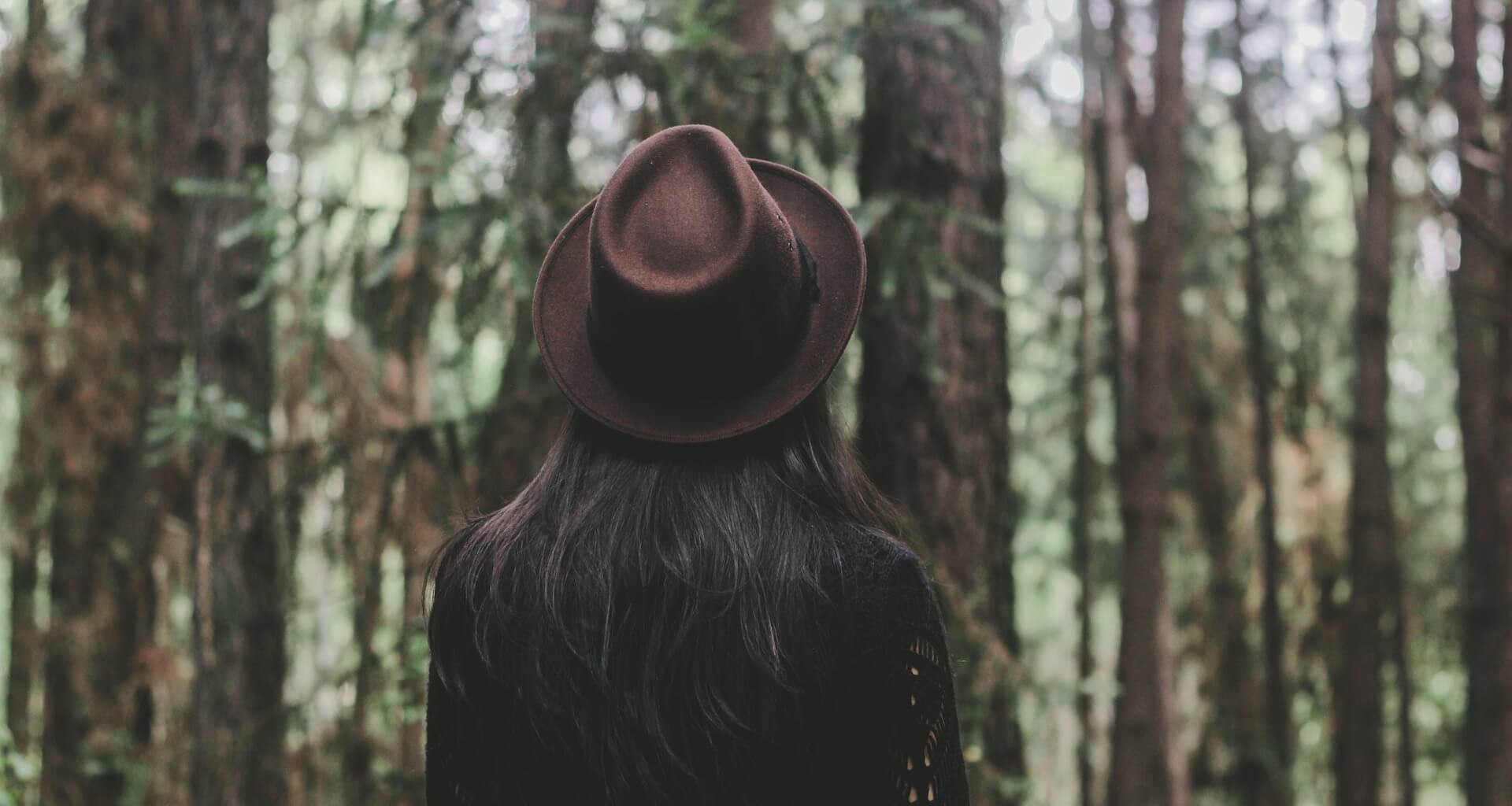 So. Here we are. Let’s rewind 6 months. In January of this year, I noticed that after every meal, I was uncomfortable. Not just ooof-need-to-unbuckle-my-jeans uncomfy, but downright agony, 6-months pregnant bloating and in desperate need of a nap. Which, I assure you, is not a conducive way to run a business, let alone a fast-growing start-up that needs constant watering and pruning like a demanding house plant. I took some time off. 2 weeks, in fact, while Alicia pretended to be me on the internet. Which was fun, really, because she’s very good at pretending to be me on the internet. I sat with a hot water bottle for 2 weeks, hoping to God it was a stomach bug of sorts, watching all 7 seasons of Californication. It didn’t go away. 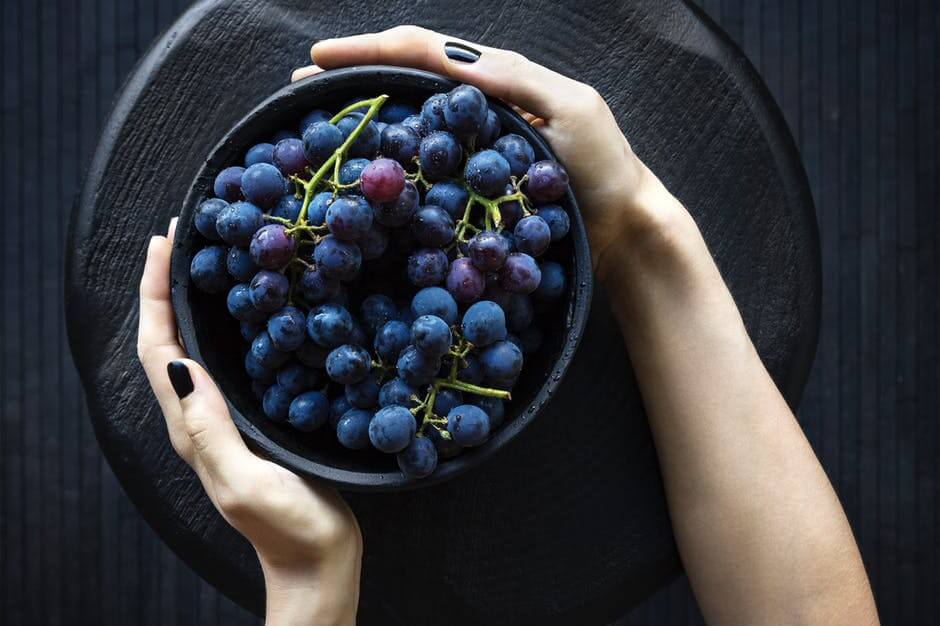 No, in fact, 6 months in, and it’s still not gone away – improved yes, but I’m far from Old Me. I’ve tried most things, in the last few months, from sipping bottles of Apple Cider Vinegar, to digestive enzymes, eating tons of papaya, radical Gut Health diets from online gurus (one in a particular was a nightmare, I can’t look at a flaxseed ever again), cutting out gluten, dairy, coffee and BioResonance. I was, proverbially, throwing paint at my stomach and seeing what sticks. And, of course, nothing stuck. I saw every specialist under the sun, from my GP (god bless the NHS) to a private gastroenterologist (god bless BUPA) who was insanely useless and told me to take laxatives for life, and I was starting to wonder if I was imagining the discomfort. But that’s the funny thing, about bodies, is that you know yours – you know what it feels like on a good day, and you know how you want to feel. It’s an innate knowing, something we’re born with, and when something is off, you just know. 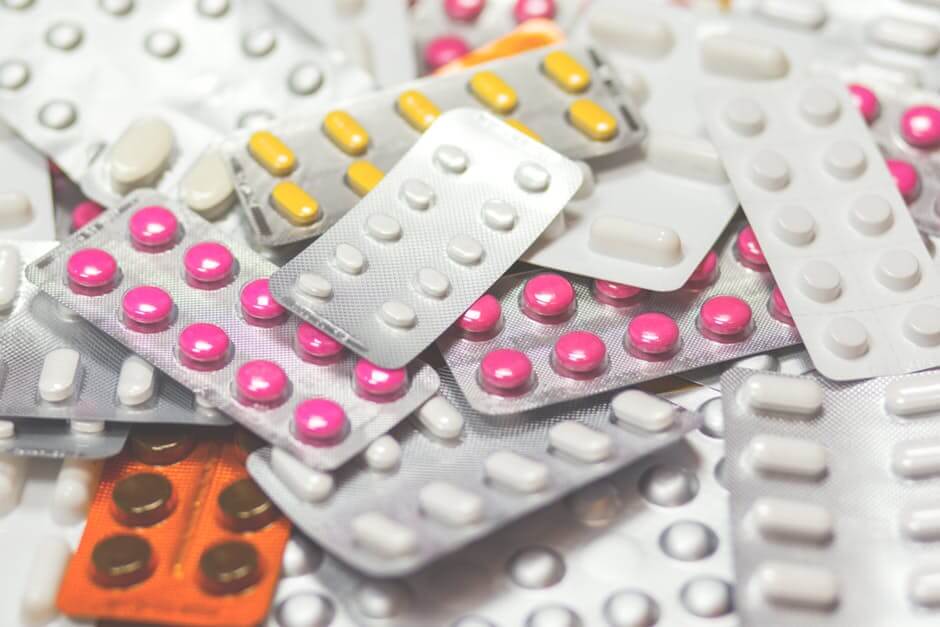 But a couple of things really helped me turn a corner. Firstly, after much advice, I got the right tests – a full intolerance test from York Test (that one was just allayed my fears that bread agreed with me as much as I agreed with it), a full stool and SIBO test from Regenerus labs, and I found an amazing nutritionist Elaine Jackson. And, 2 weeks ago, finally, there came light. My SIBO test came back positive – an overgrowth of nasty bacteria in my small intestine, which, mostly likely, was causing all my symptoms, including nausea, bloating, lack of appetite, fatigue and a general meh-for-life feeling. Some kind of answer, after months and months of dead ends, negative test results and shrugging soldiers. It felt like I had the won the lottery; you’ve never seen someone so happy to get an overgrowth. 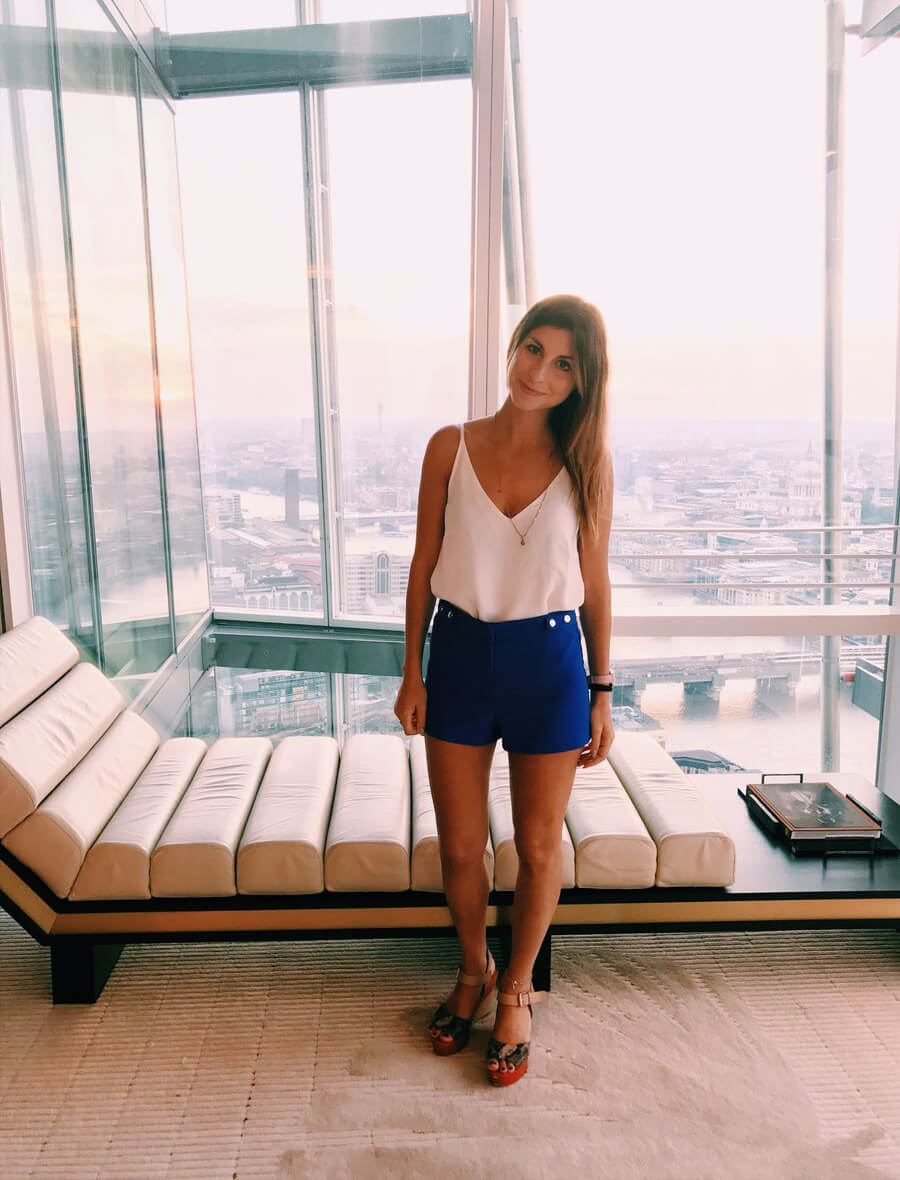 I wish I could say that it was really simple from there, I popped a couple pills and was back to my old self. But, sadly, SIBO is one of those things that’s really hard to treat – you take a course of anti-microbial or antibiotics, as well as adhering to a very special diet for 8 weeks or more, and 50% of people relapse afterwards. The diet is here, if you want to weep with me – it’s no sugar, no carbs, nothing fun really (other than nut butter, thank god). But I’m OK. I’m missing avocados and quinoa like mad, and I would probably rob someone for a bar of Lindt dark chocolate, but knowing what’s happening inside your own body is the biggest gift there is, and I couldn’t be more grateful to Regenerus and Elaine for getting me this far.

The last 6 months have been a strange, unexpected challenge for me, and I thought I would impact a few things that I’ve learnt along the week, in case it’s useful for anyone going through something similar: 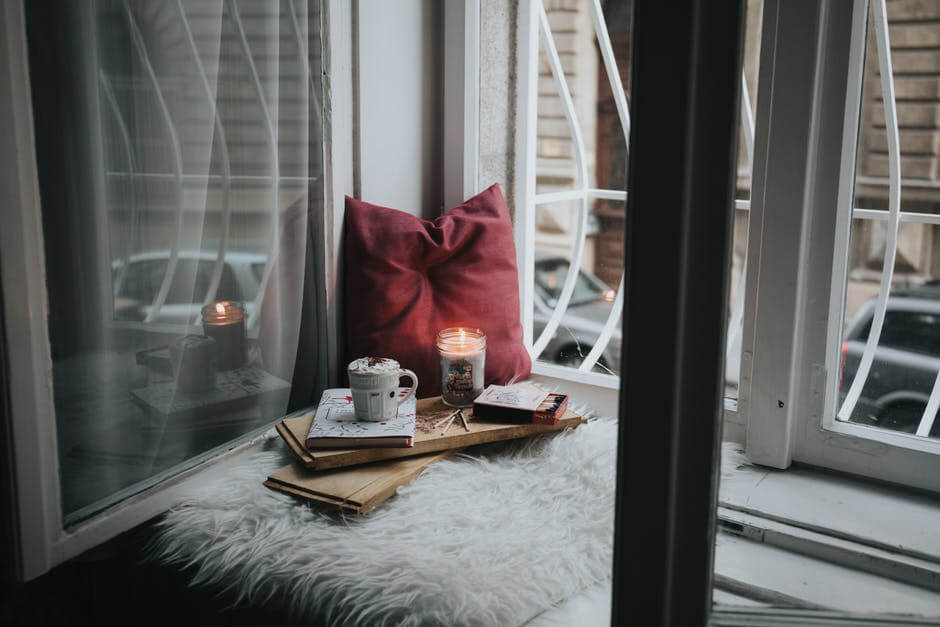 1. Prioritize Self-care. Finding things to just get my mind off feeling uncomfortable was a huge one for me that last few months. I try to write regular lists of things that make me happy (currently: lavender-scented baths, pickled vegetable salads, First Dates) and remind myself to do a couple every week.

2. Be Selfish. Saying no is one of the hardest things I’ve found. I used to be such a happy-go-lucky kind of gal, and always up for a spontaneous party or dinner out, but I’ve needed more down time the last few months. Saying no to social arrangements is OK. Wanting to be alone is OK. It’s all OK.

3. Don’t Stress About Exercise. We’re bombarded constantly by the media about new fitness classes, trends and fitspo stars, and it can all get a bit much, especially when you’re unwell. I found Instagram was doing really bad things for my mental health, as I saw all these girls with killer abs, drinking chocolate protein smoothies that would give me indigestion for days. Some days I’ve barely had the energy to walk to M&S at lunch, let alone try London’s most gruelling new HIIT class. It’s OK to slow down, and to ditch the exercise when it’s not what your body needs. Be kind to yourself.

4. Open Up. Over the last 6 months, there’s basically nothing I haven’t told my boyfriend. The good, the bad, the ugly. It’s so liberating to just have a cry at lunch on the phone to someone who wants to listen. We think it’s easier to bottle these things, to involve less people in your messy stuff, but we need a support system around us. Find your people. Bring them close. Don’t let them go.

5. Do the Right Tests. For months, I tried to convince myself that there wasn’t anything wrong with my system, but deep down, I knew. I knew something wasn’t right. Keep at it, do all the tests, see all the specialists, speak to all the internet people, back yourself. There will be answer there, somewhere, and you’ll find your light. 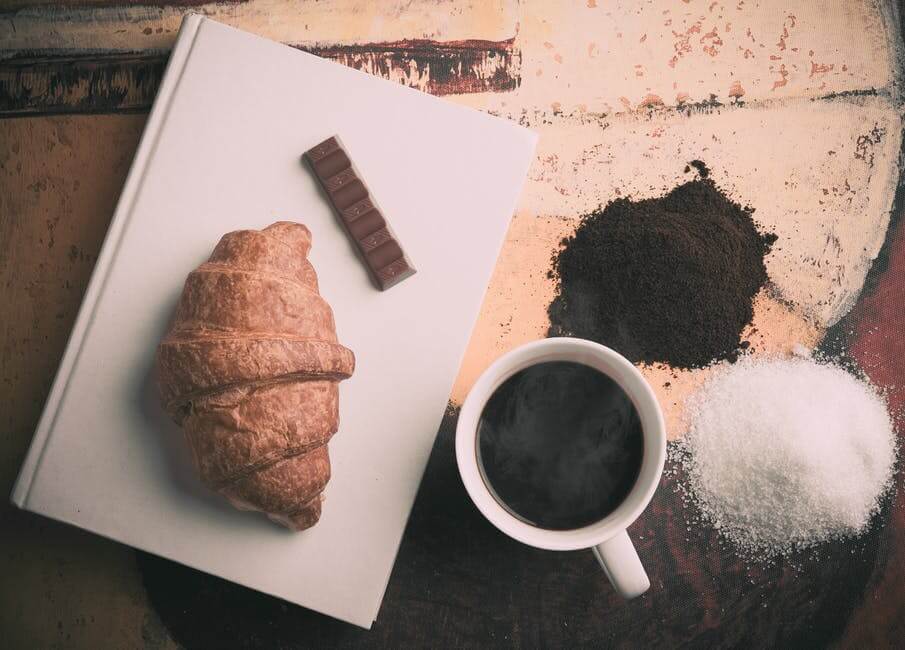 6. Accept Change. I have prayed and resisted the idea of changing my diet radically for months. When I finally learnt that I had no choice, I took a week just to prepare mentally for the change. All the things I loved – croissants, bread baskets, chocolate, iced lattes – I felt like I was mourning for them. I ate all the sushi, I said goodbye to my spicy tuna rolls, one at a time. But we have to accept change, nothing there’s something better at the other side. Pastries, I’ll be back for you.

7. Understand Physical is Mental. Strangely, the biggest thing that affected me the last few months, wasn’t physical. It was mental. It was change. It was restriction. Understanding that things look differently at the moment, that I have to take things slower, adapt, was hard, and I’ve been down. A lot. But, of course, everything physical is mental too, and looking after your mental wellbeing during times of physical duresses is equally important. For me, that meant yoga, walks to work and lots of time with my mum. Allow yourself to be vulnerable to all the feels, and know that the world will embrace you with open arms when you’re 100% back to you.