It’s funny where and when a Eureka moment strikes. For George Rice and Johnny Bradshaw it was over couple of ales in the beer garden of Kentish Town’s Junction Tavern. They were pondering a serious question. What would be the perfect snack to accompany their recently ordered pint of real ale and glass of red Bordeaux? It had to be a delicious taste complement to these fine beverages; but it also had to provide proper sustenance to power the boys through to their late dinner. Several packets of crisps, nuts and scratchings later, they agreed that it had to be something more serious. They hit on the concept of a ‘Posh Peperami’. It could only be made with top quality British charcuterie, they decided. This would be real food – satisfying, full of flavour and better for you than any existing pub snack. The very next day, Serious Pig was born. We spoke to George Rice about bringing home the bacon. 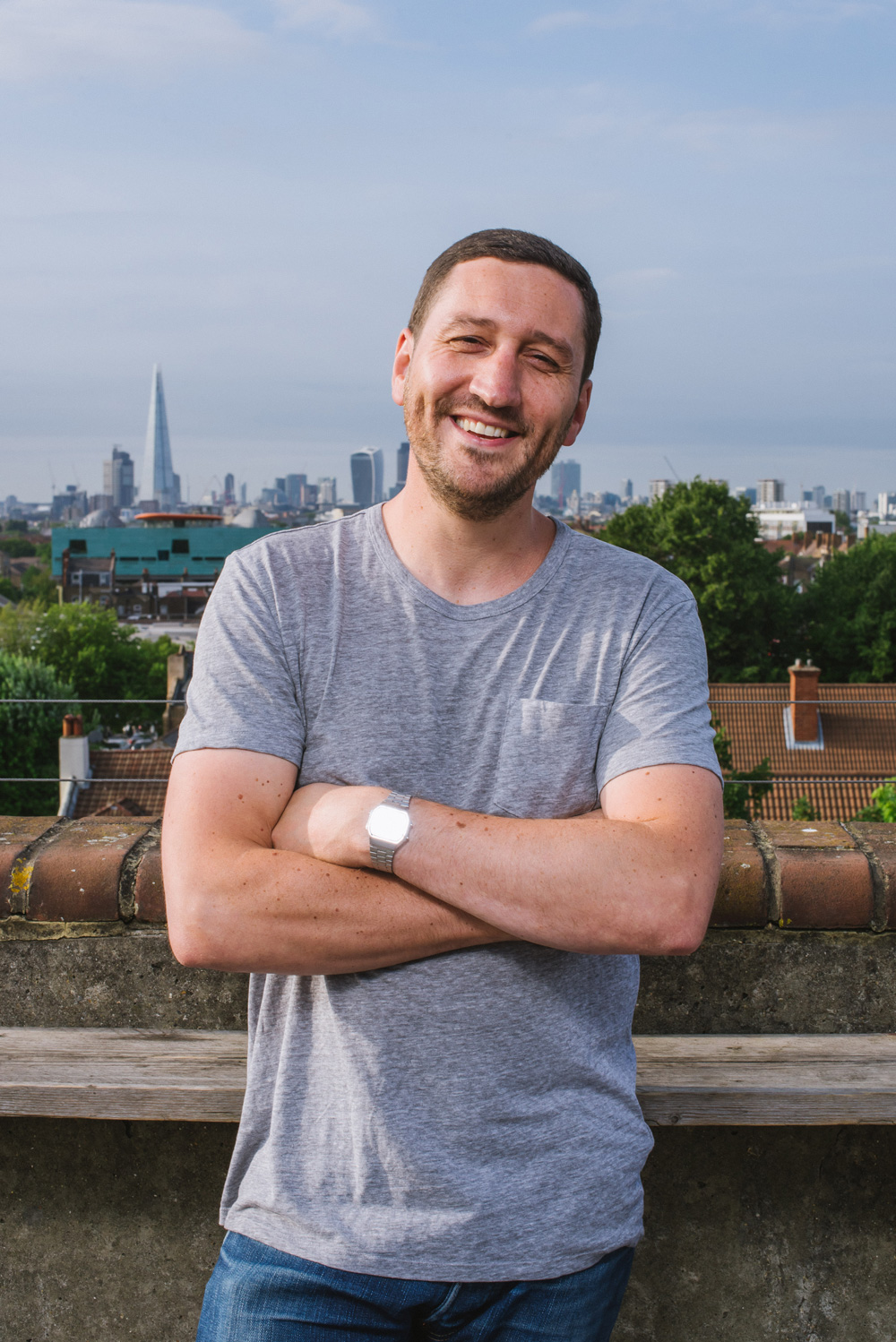 I began working for myself at a young age mainly design related; outdoor furniture, product design, indoor furniture. I experienced a variety of success ranging from unsuccessful to extremely unsuccessful! I was too young but it was good experience. I then worked in fashion, first for Paul Smith in a very junior role then to a fast fashion role in sales. This is where I learnt the most and began to understand challenger businesses.

Why did you opt for a pub snack?

We felt that as the craft beer sector was growing it needed to be matched with pub snacks. I spent a lot of time in the pub between 2006 and 2009 and I think every visit was subconsciously developing the idea until one day the lightbulb lit.

What separates Serious Pig from Pepperami?

A country mile! The best way to explain it is to compare margarine to butter or Fosters to BrewDog. Our authentic salami is prepared from outdoor bred British Pork and a careful blend of herbs and spices. The honesty and quality of our salami truly pays homage to the craft of charcuterie. The Guild of Fine Food even awarded our Snacking Salami a Great Taste Award.

Talk to me about the British charcuterie boom, are you piggy-backing on this?

I’m proud to say that’s not the case at all. We were there at the very beginning working with Trealy Farm in 2009 trying to develop a way to make a lot of small salami in one go. We defined our brand around British charcuteire for quite some time before we really found the identity of Serious Snacking when we began to see a larger potential for our brand. 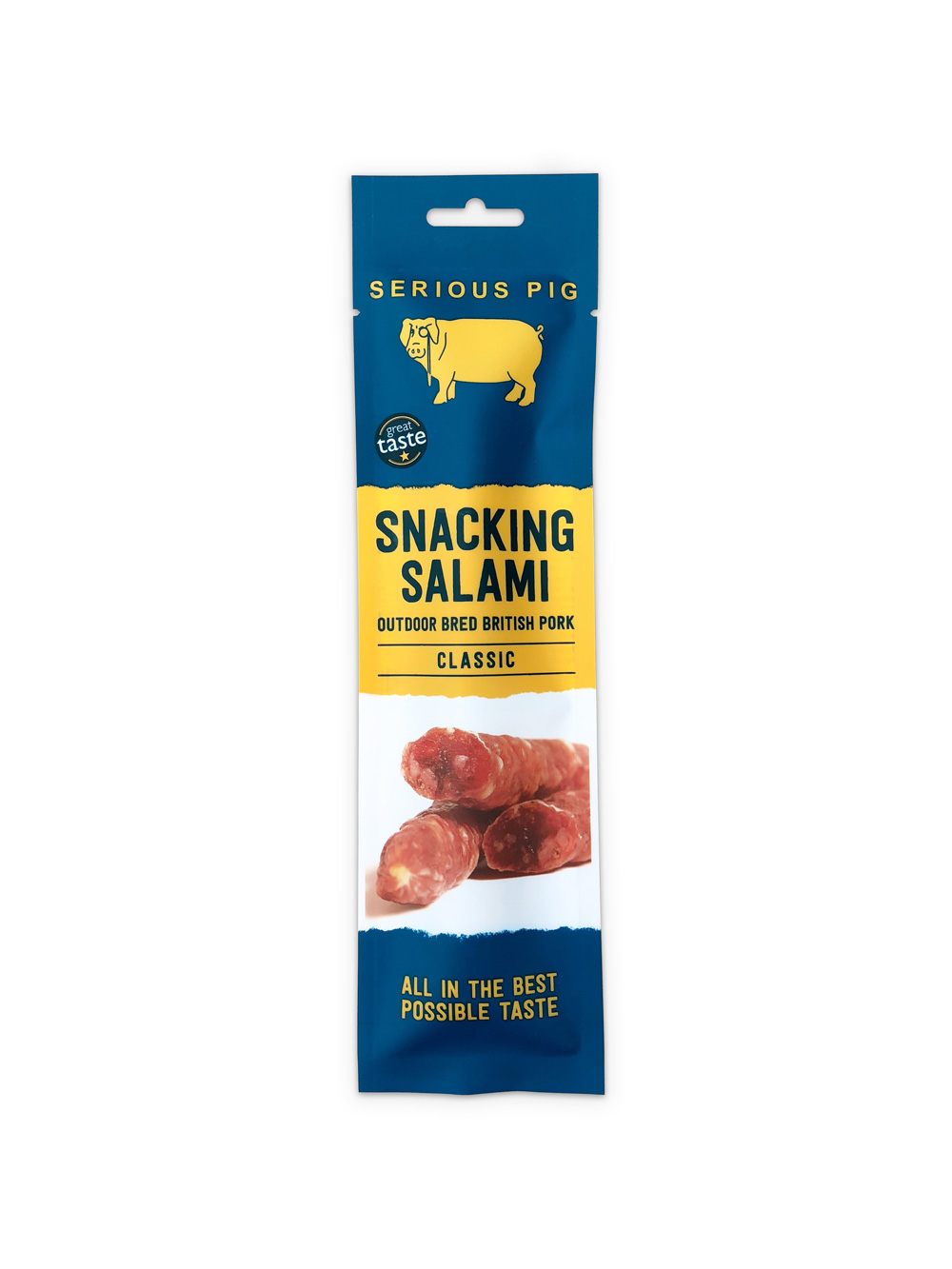 How long did it take from the brainwave to seeing your product in pubs?

Quite quickly. First up I just repackaged some really good quality mini salami from France into Serious Pig packets. The first batch of truly our salami was produced by Trealy Farm about 6 months later. They sold out very quickly.

How did Brew Dog come to get involved?

We began supplying a couple of their London sites and apparently James Watt became an early adopter. When we offered some shares for sales in 2015 via CrowdBank (now Code Investing) he saw us, we met up and he invested. From there we got introductions to the other BrewDog pubs. The staff and customers loved all of our snacks and it really took off from there.

How do you plan to grow the business with this investment?

The investment will be targeted at growing the Sales and Marketing division of the business. We have clear objectives to increase sales to £3m+ within 36 months. Crucially, we must grow the brand and our community of fans in the premium sector and not be tempted to convert the easy wins. We want to make sure we’re in the very best company with likeminded consumers and retailers who appreciate the quality of what we do.

I love the salt and sweet combinations and I’d really like to develop more products that work in this way similar to the pork crackling that we pack with chunks of sweet crispy dried apple. We’re also thinking about snacks of the world and especially what’s popular in the Far East. I visited Japan a few years ago and snacks with beer in bars is such a big deal there. I think there’s a lot left to explore and have fun with.