Tom Kerridge is a chef, TV presenter and roast potato expert.  He’s the proud owner of the two Michelin starred Greene King gastropub The Hand and Flowers in Marlow, he presents Food and Drink on BBC Two and with two books under his belt, he’s releasing his latest cookbook Tom’s Kitchen later on this month. We sit down with the Michelin-starred chef at a Greene King IPA pop-up hosted by the brewer to launch its new ‘To The Pub’ campaign, which celebrates all that is great about one of Tom’s passions; the Great British pub.

What trends are you seeing in gastropub food at the moment?

There’s a huge amount of growing your own stuff. What we use to do best in Great Britain was growing vegetables, baking cakes, smoking fish, curing and pickling – all of those sorts of things that are homely feel food, are now being done very well. It’s definitely a trend growing more and more in pubs.

We associate pub food with pies, fish and chips and lasagne. Do you think pubs can ever offer a balanced menu?

That’s already changed. It’s absolutely changed. If someone says they’re going to the pub for Sunday lunch these days, you know you’re pretty much going to get a good beer, a great piece of beef, Yorkshire pudding, properly done vegetables and roast potatoes. There’s a balance between cheap nasty pub food and great pub food; there’s fish and chips, then there’s fish and chips done very well. Fish and chips done very well is already existing in loads and loads of pubs. I think there’s 17 pubs with Michelin stars now, so I think the idea of pub food being poor has definitely changed, it’s growing and growing in terms of it being a great place to be. 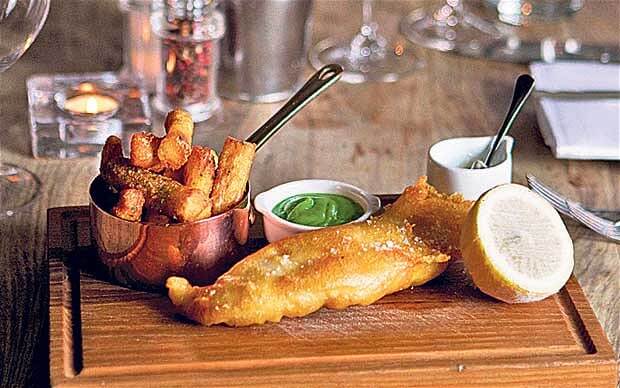 Paris is know for their cafe culture, do you think pub culture is still big in the UK?

It’s Friday, it’s 5pm, the sun is out, we’re in an urban area, we’re not in a working environment, we’re in a local, I suppose a suburban area of London where the pub is busy, it has a lovely buzz. Alright, we have an event going on in there, but there’s still a buzz in the pub, there’s still people enjoying themselves. The British pub is a fantastic space, you’re drinking a Diet Coke right now and I’m having a coffee but you still feel completely comfortable. That idea of having to be at a pub to drink is changing and it’s a social space and it’s becoming much more accessible for all different reasons. There’s kids here, there’s dogs here, it’s a completely family friendly space where people are socially mixing it up. It’s a great place to be. 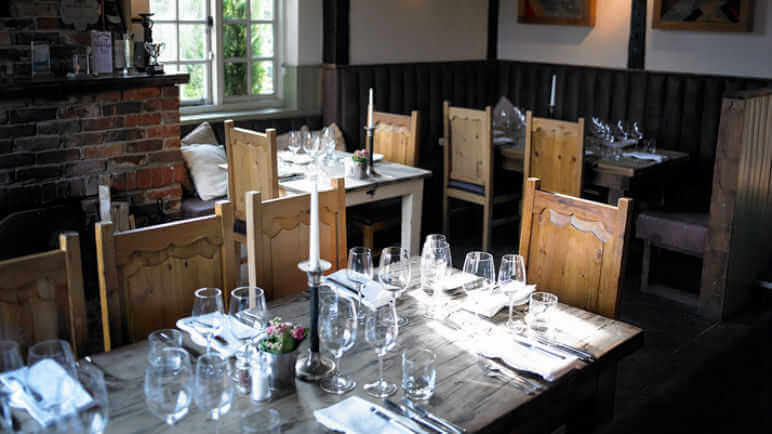 Things that make a good pub are; a relaxed and inviting comfortable environment, somewhere where everyone is made to feel welcome. A pub is short for Public House, so it’s for members of the public to come and have a nice time. It should be accessible to everybody. A great and interesting offer, so, whether it’s food or drink that reflects the pub’s own personality. I find it quite difficult when they’re branded pubs that are rolled out, they have no personality of its own. I like it when each pub is individual, run by an individual landlord that allows that personality to speak for itself, so you have to recognise that when you arrive there. I think, lastly, I think the fact that it’s got to be something that holds true to being very British. Something that we should be very proud of. You mention cafe culture in Paris, you have Parisian bistros, Spanish tapas bars, and you have Italian trattorias. The British pub is quintessentially British and we should do everything possible to embrace that and every pub that does that is a great place to be.

What’s your favourite pub in London? 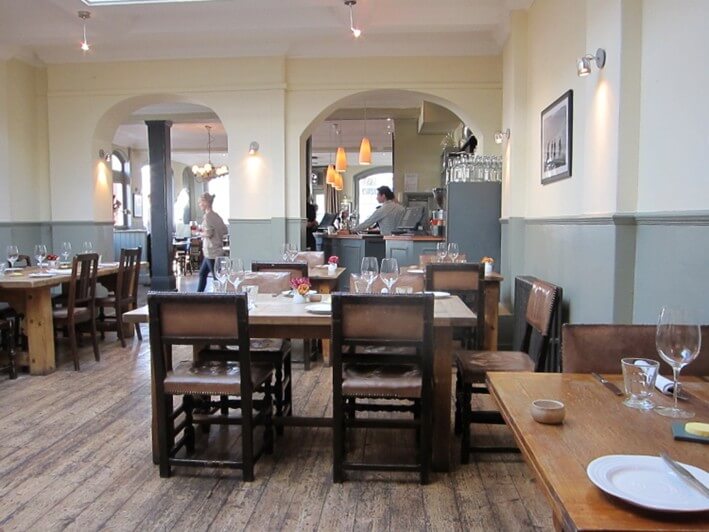 The Harwood Arms in Fulham is a pretty good pub. There’s a lot of good pubs actually. To be honest, besides my own, The Sportsman in Seasalter, Kent is a hard one to beat. It’s a phenomenal pub, it’s on the coast in North Kent where a guy called Steven Harris is cooking some of the most amazing food using ingredients that are on his doorstep and it’s a fantastic pub.

What’s your favourite pub dish you’ve ever had? 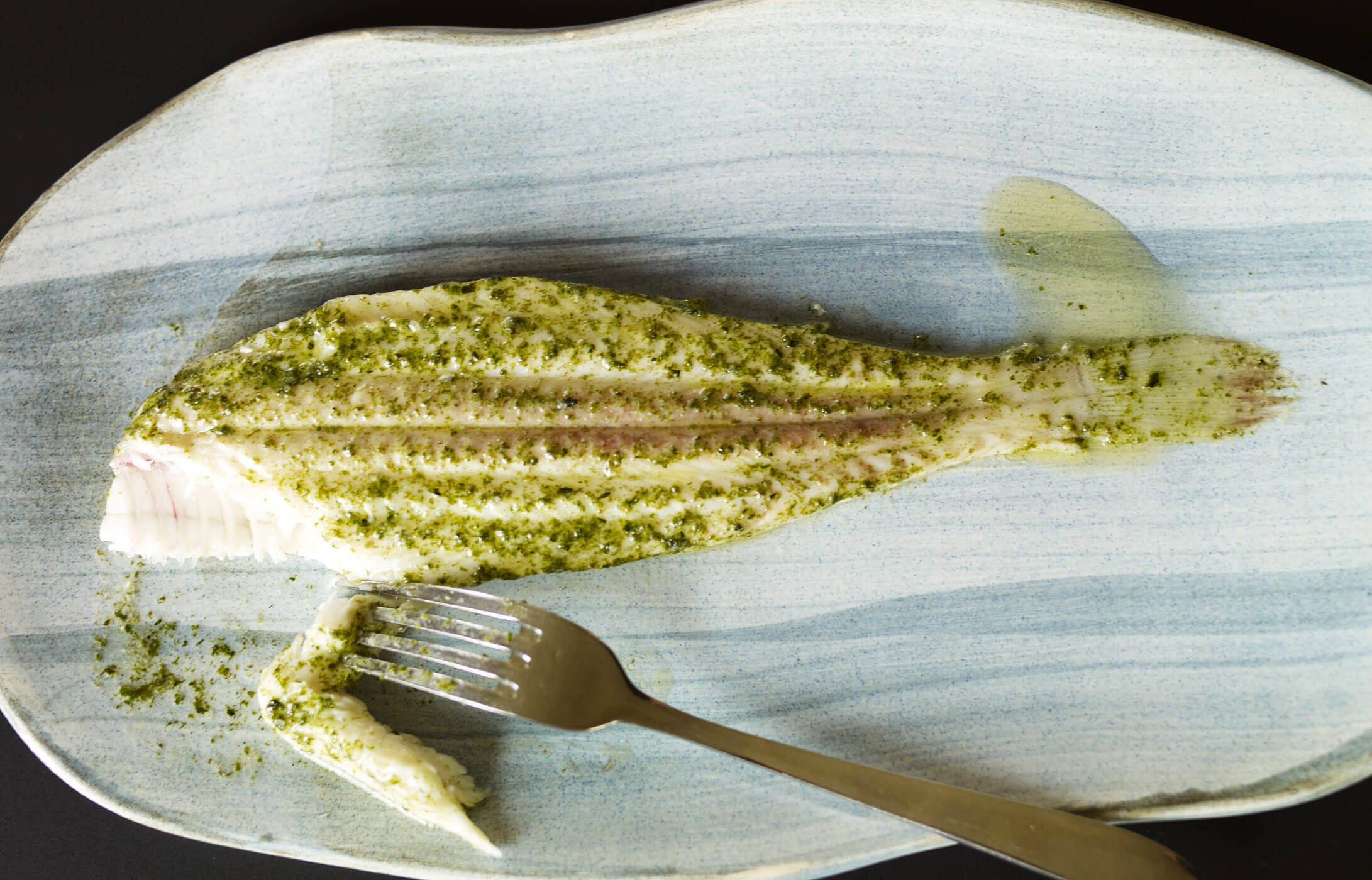 The Sportsman again, he does a slip sole with seaweed butter. It’s a piece of sole, on the bone with butter made from seaweed that he has foraged for himself – that’s it, that’s all it is. It is cooked to perfection and it is absolutely stunning. One of thee best dishes I have ever had. Irrespective of where it is, whether it’s a three Michelin starred restaurant in France or anywhere in the world – that is one of the best dishes I have ever eaten. And it’s a piece of fish, butter and seaweed, but he does it so well.

What can people expect from your new cookbook? 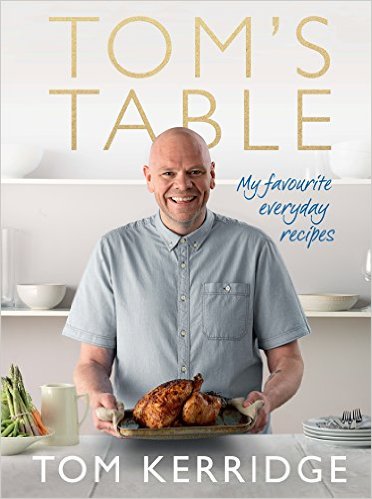 So this is a continuation of the first two. So it is dishes that you already know, dishes you already understand. So, roast chicken, chilli, braised dishes, slow cooked pieces of meat. The feedback we got from the first few dishes and pictures from Twitter are the things that people are cooking. This is a book of dishes that people will cook and that we can hopefully improve or draw them into a new way of cooking it. It’s an encapsulating book that brings what I hope will be a bit more of an understanding of flavour and how to get the most out of the produce.

Favourite recipe from the book?

Either the green chilli or the dry rubbed, short rib of beef. Both are slow-cooked, full of flavour and they’re delicious.

Probably a shoulder of lamb, stuck in the oven for about five hours, studded with garlic and anchovies and served with a simple salad.