Share
Tweet
Share
Pin
0 Shares
Nonô, the Brazilian-born, London-based pop star in the making has a buzz around her already, with a mega 1.7 million monthly Spotify listeners. Having collaborated with the likes of Welshy, TCTS and Parx for pop bangers and ‘All Day’, ‘Off My Mind’ and ‘Feel Right Now’, the singer’s career is going from strength to strength. We chatted to Nonô about her rise up through the ranks, her love of the capital, and the inspiration behind her music:

What best describes your sound? 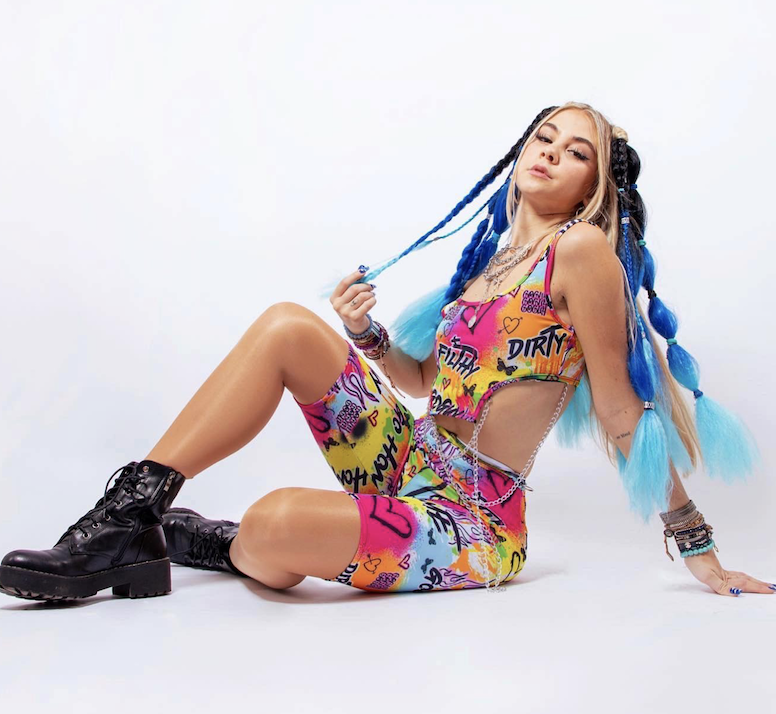 I usually describe my sound as free because my music is hugely influenced by so many styles; from Brazilian Soul to Pop and R&B. I like to mix things up and I never worry about trying to fit into a genre. It’s like every song has its own personality and I just let them be.

What has been your favourite release to date?

It’s really hard to pick from my babies…haha. But if I had to, I think I would pick a song I wrote with DJ/Producer Joe Hertz called MØØN. I believe it was my first ever collaboration that was released plus I wrote it about my fortune teller back in Brazil.

Other than music, what are you passionate about?

I’m very passionate about fashion and make-up. I mostly enjoy being creative with what I wear and using it to express myself. I also love watching and reading biographies; it’s so interesting to see what people actually went through to leave their mark in the world.

If you could choose a dream artist to collaborate with, who would it be?

There are so many that I would love to work with, but right now probably Diplo, Pharrell and Rosalia.

How would you describe your style, and do you have any fashion icons?

I describe my style as Urban Beach: a mix between my Rio de Janeiro influences with the urban city vibe of São Paulo and London. My fashion icons are definitely Carmen Miranda, Zendaya, Rihanna and Cher.

How do you get inspired?

I find so many things inspiring; new movies, TV shows and music usually fill me up with ideas for things I’d like to write about and create. Travelling is also always very inspiring; a simple change of scenes can give such a creativity boost. Basically, anything that makes me feel something different or new is inspiring.

Where do you like to go out in London? Any go-to hotspots?

London is so big and filled with amazing spots that it’s quite hard to have just one specific place, but I really love Pergola in Paddington. The vibe there is amazing, especially during summer!

R.: — Example invited me to come along on his festival run, where I’ll be joining for about 15 shows playing our latest single, “Deep” together. At the same time, I’m planning the release of my next single in July. I’ll definitely keep releasing more music, I have another collaboration coming up pretty soon.