Raymond Blanc is a one of the nicest, most down to earth chefs I have ever had the pleasure of meeting. Raymond is the type of person that can hold a room full of people with his stories and antidotes which is greatly enhanced by his French flare, sense of humour and raucous laughter. His energy and love for his restaurant and hotel, Belmond Le Manoir aux Quat’Saisons, is infectious and passionate. Raymond has championed and nurtured some of the country’s most respected chefs, he’s a best selling author and was awarded an OBE in 2008.

During one summer afternoon in August, I sat down with Raymond to chat about Le Manoir, the perfect omelette and his love of Kenwood, but not before we ordered a proper cup of coffee and a couple of biscuits.

I heard that you once said ‘you can tell how good a chef is from the omelette that they make’. What’s the secret to making a great omelette? 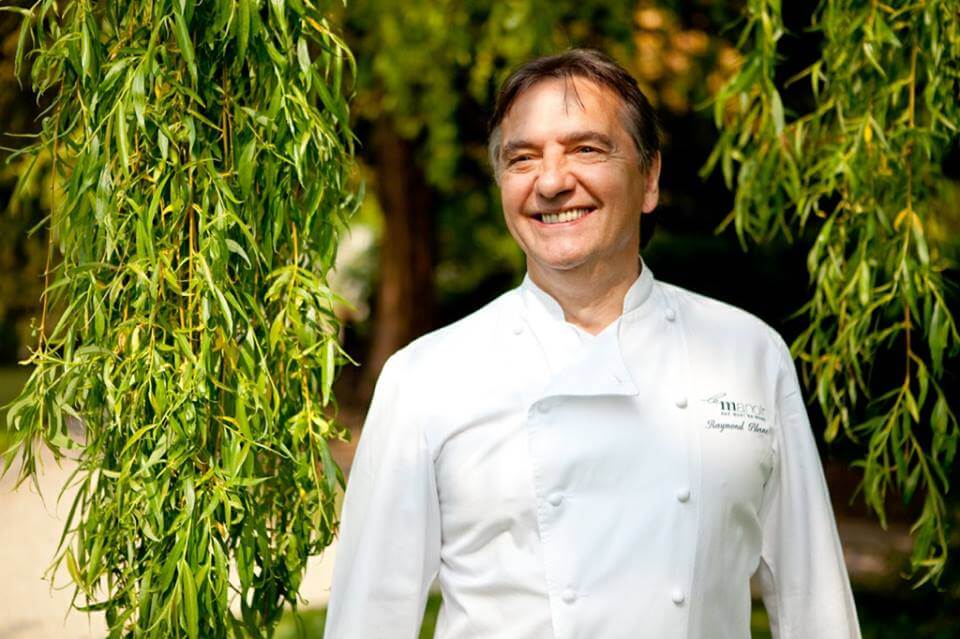 First, fresh eggs. The problem is, finding fresh eggs is very difficult. Retailers sell eggs which are about four weeks old. They tell you when you should stop buying them, but what they don’t tell you is when the eggs have been produced, and the reason why they don’t is because most eggs are between two and three weeks old. It’s crazy. On each egg is a code; first check there is a Red Lion which means the egg is protected from salmonella. If it has a number 1 stamped on it, it’s free range, and if it has O, it’s organic. Then you have the number which represents the farm, and if you have a problem you can trace it back to that farm of production. And then, you have another number which is the sell by date. But most people don’t really have a clue about how to interpret this information and that’s because we’re badly informed.

The best way to check if your egg is fresh is when you crack it.  The egg white should be tight around the yolk. The white should be firm and not loose. Once you have a fresh egg, this means there’s going to be more texture in your omelette – your egg white is going to have more power. Don’t use a whisk to break your egg white, just use a fork. Put a little knob of butter or oil into your pan. If you’re using butter, make sure it’s nicely browned. Pour your egg into the pan – don’t touch it just look and then bring it back into the middle. As it cooks, keep bringing it back to the middle. Then you can add your cheese, courgettes, tomatoes, whatever you want, into the middle of it. The main thing is not to over cook it. It should be firm on the outside – the texture is so important. A perfect omelette is quite delicious!

You’re an ambassador for Kenwood – what makes their brand so special? 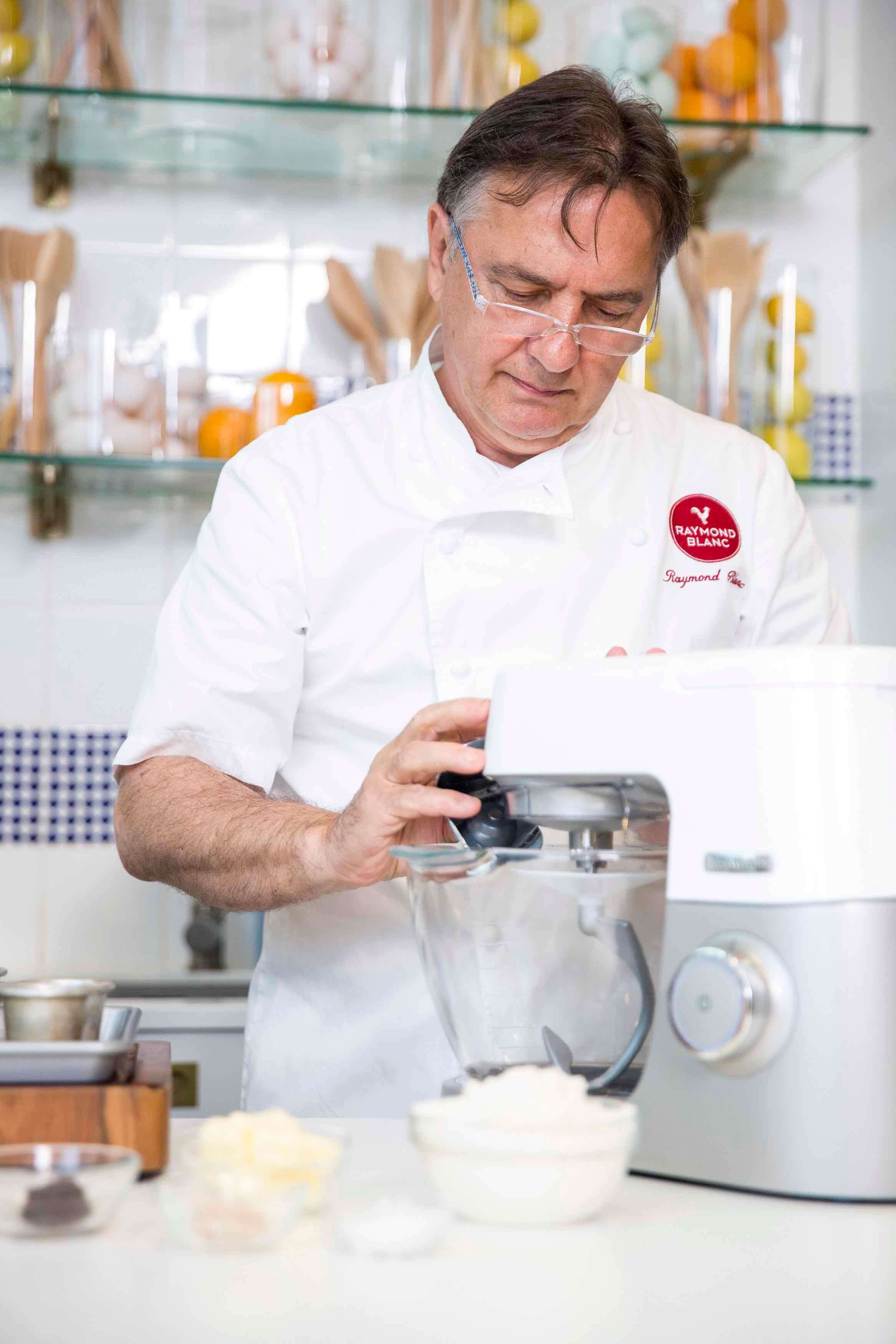 There are many things. I was first introduced to Kenwood in 1977 when I opened my first restaurant, Les Quat’ Saisons in Oxford. It was nothing pretentious, it wasn’t glamorous, it had cheap art on the walls and we had a 1956 oven with no bottom, because that’s what we could only afford. It was very difficult to cook soufflés in those things. We had no insulation; in summer it was boiling, and in winter it was absolutely freezing. Then I landed this 1962 Kenwood which I loved, but the problem was you had to stop the machine to make it go faster, but it was still so precise. The whole mechanism and engineering – it was exact. Without knowing Kenwood at all, its history, I fell in love with this machine. We used this machine for another 15 years or so.

That was my first contact with Kenwood, that small machine in my first restaurant, and we won our first Michelin star after two years with four English apprentices. I still remember their names: Sarah, two Marks, (including Mark Peregrine who still works with me and is the Director of the Raymond Blanc Cookery School) and Connie. It was the most special time.

I bought Kenwood at all times for my restaurants. All the machines are sturdy, strong and are made to last. They’re also really easy to clean, which helps.

Tell me more about the Disaster Chef competition? 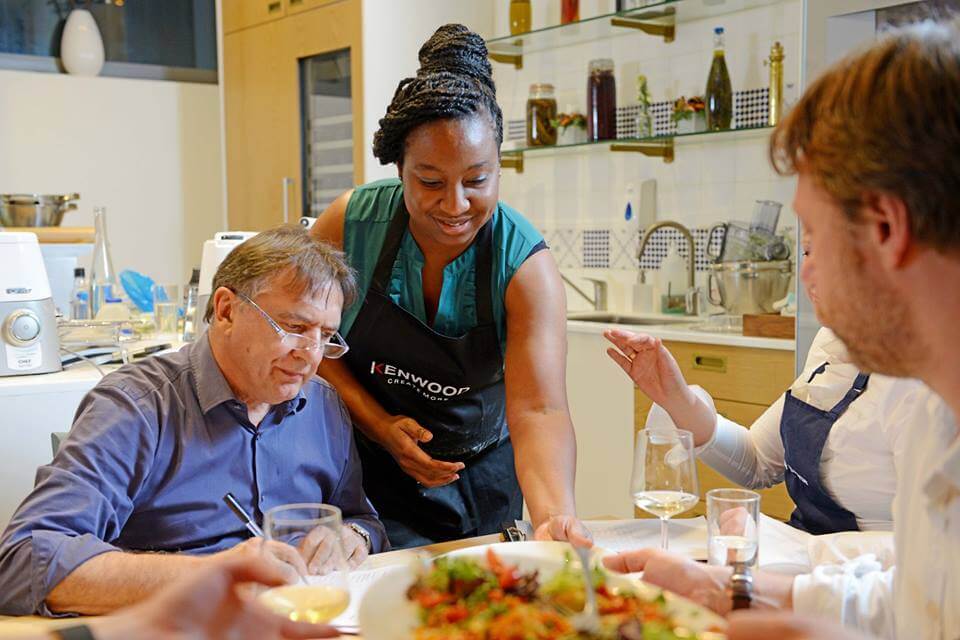 There are 11 people who are basically Disaster Chefs. They are professionally creating disasters for themselves and, on the whole, have never had the confidence to cook, who have never cooked or are afraid of cooking. The whole idea is to bring together this bunch of people and show them how cooking can be simple. We watch so much television in the UK on cooking, way on earth don’t we cook more than we do? To pan fry a steak or a piece of fish, you just need a splash of water, or a drop of white wine to make a jus. When you know how to slow cook meat, like beef or veal, it’s very much the same process. When you learn one technique, that technique will provide a 1,000 dishes. 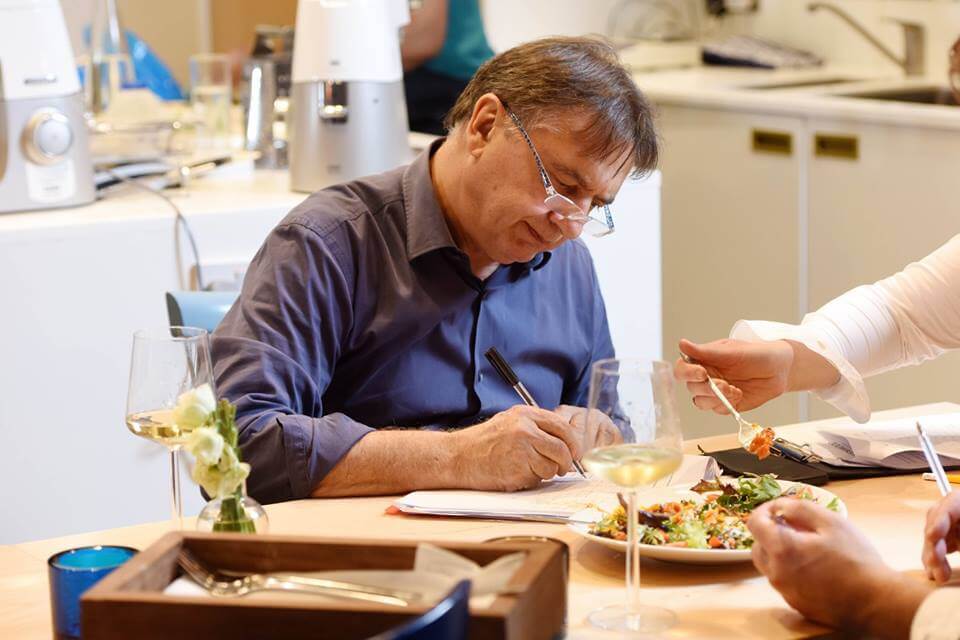 I’ve created two recipes, one is a spaghetti vongole, and you have to make the spaghetti yourself which is the test. We show them how to do it on camera, explaining it all, and how the machine works. Then those guys will make the recipe themselves. The recipe includes spaghetti, clams, white wine, olive oil, basil and parsley. Then they have to cook that dish, perfectly. There are a lot of mistakes that could happen. You could cut your spaghetti too thin, and it’ll become a nightmare and it’ll stick together. If you add too much water, it’ll turn into a sticky mess. It’s all about the creativity, how they feel about the food. Those recipes are simple enough, but it allows me to see how people progress. Follow the recipes, then bring your creative self into it.

Le Manoir has retained its two Michelin stars for thirty consecutive years. Why do you think it still continues to attract diners? 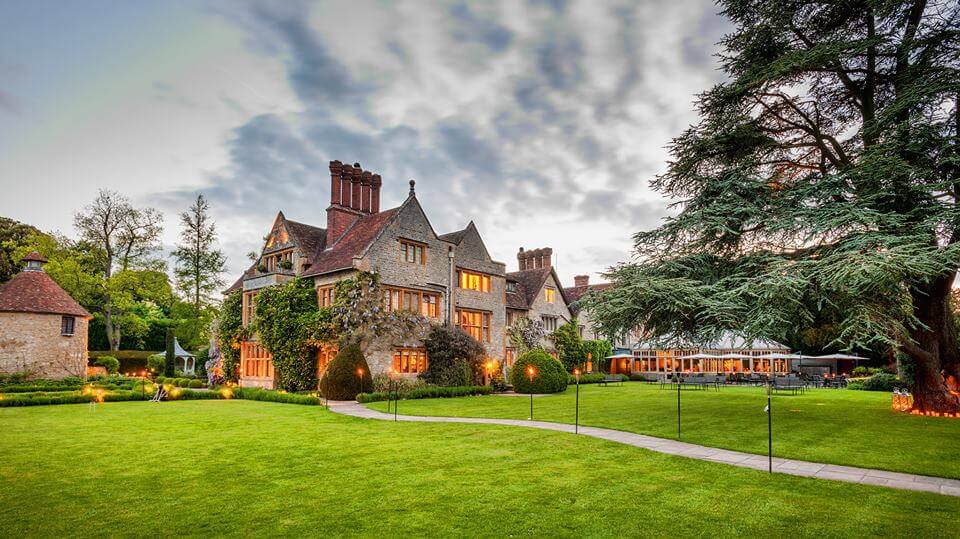 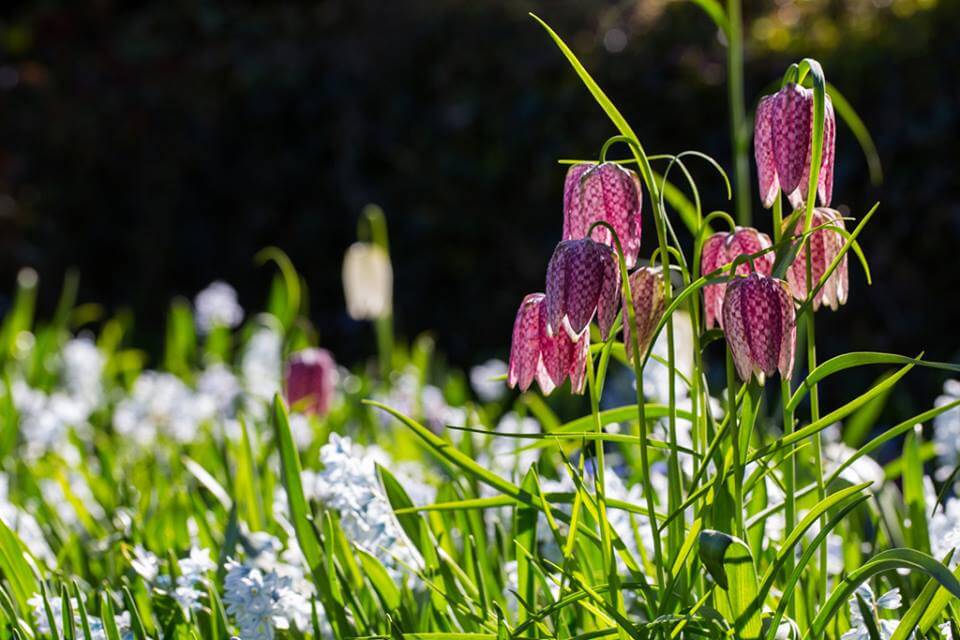 It’s a place that continues to reinvent itself every day. I wanted to create a culture of people; people who were with me, as much as people who were working for me. People were on par with me, supporting me, and for me to train and retrain people. A proper written programme of training – to empower, to make people feel confident in front on the guests or confident in cooking a dish. There’s a vision behind all of these things. You must remember, there was a time when gastronomy was exclusive, when gastronomy was class led. I wanted to create a gastronomy that was inclusive, and a restaurant and a space that was totally classless.

In every aspect of it. Say, when the customer calls Le Manoir, I can show a level of interest that says ‘I’m not sure’, or I can say ‘of course, how many is it for, what’s the occasion, can we do a beautiful cake for you? What kind of flavours does your husband or your wife enjoy?’ It’s about being eager to please, to create that vision of love. 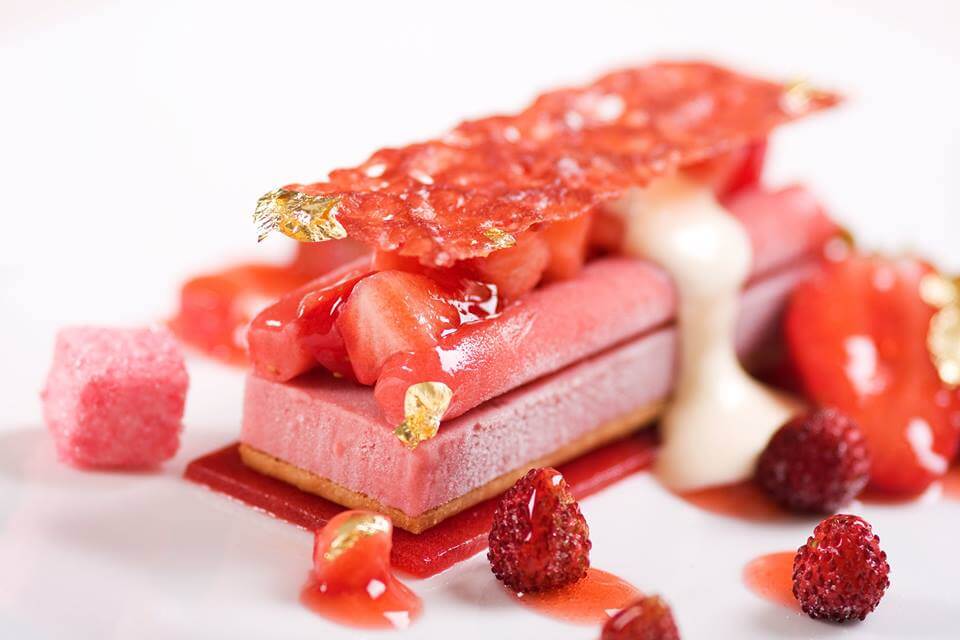 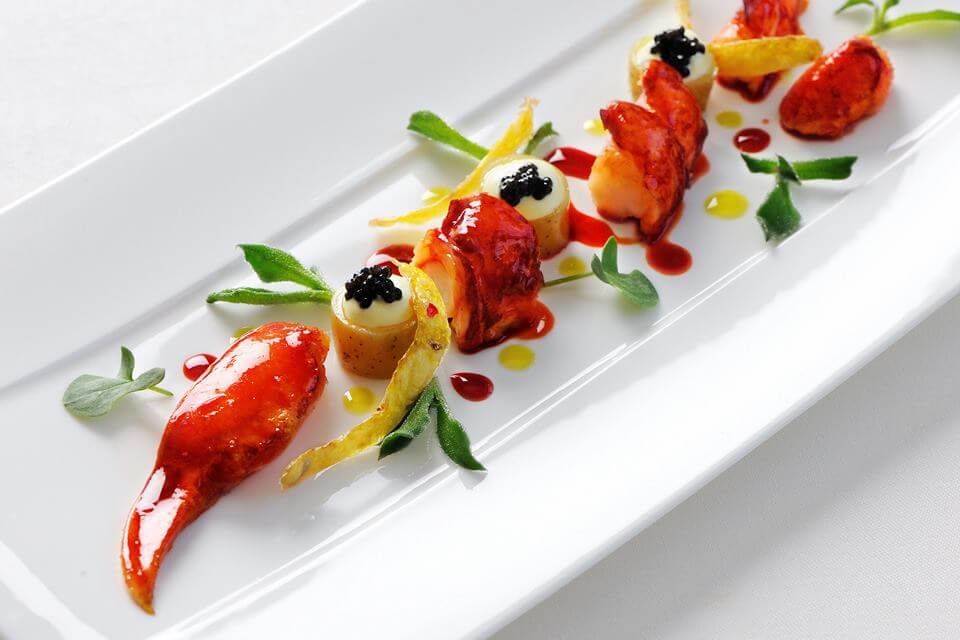 You know what creates a special moment? It’s not the moment itself, it’s the anticipation of that moment. Often the moment is lesser than the excitement of eating a meal at a beautiful place, or going on holiday. Every detail has to be thought about. I’m a micro-idiot. Every detail. Whether it’s the Japanese garden, or the micro-herb garden, or the orchard. Everything has a very strong story behind it.

But on the other hand, I listen to each of you. I watch you as a consumer. For example, I’ve changed the wine list. I’ve asked my sommelier to cut down the wine list from 1,400 bottles to 450. My sommelier hated me. Now, we have consumers who are knowledgeable, savvy, aware, responsible, and want to know where the food comes from, what’s in it, and if there’s any chemicals inside. Listening to that modern consumer, I felt that we should completely change the list, and we worked on that wine list for the past 5 years. Did I give less to my guests by cutting it down? No, I gave more. Because each of these wines are handpicked, bespoke, every artisan is a master, and each one will give you an extraordinary history with no chemicals. Each of these wines are just divine. And equally, do you want to spend an enormous amount of time picking wine? Do you want that pressure? No, you trust me. 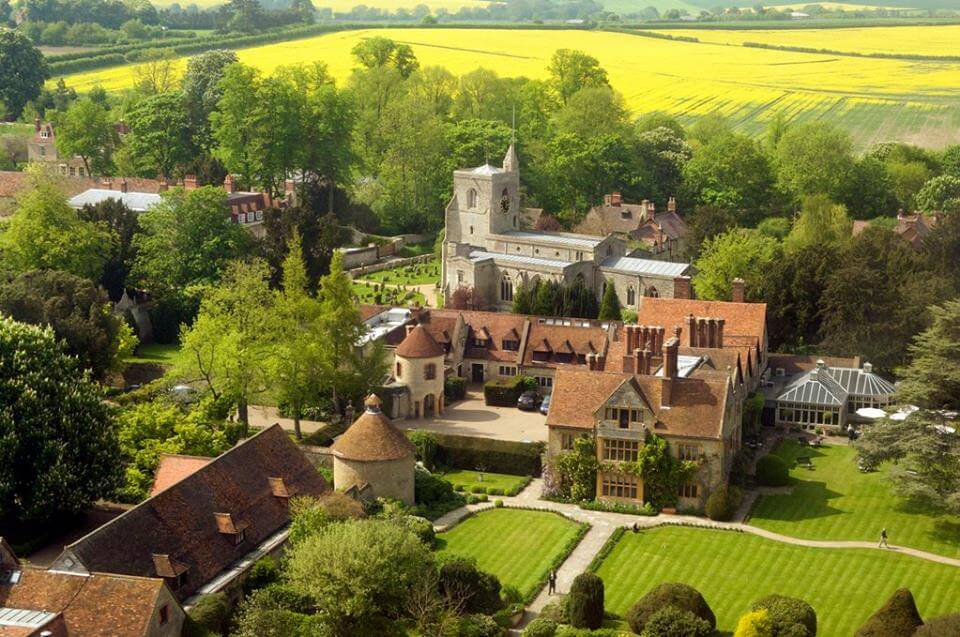 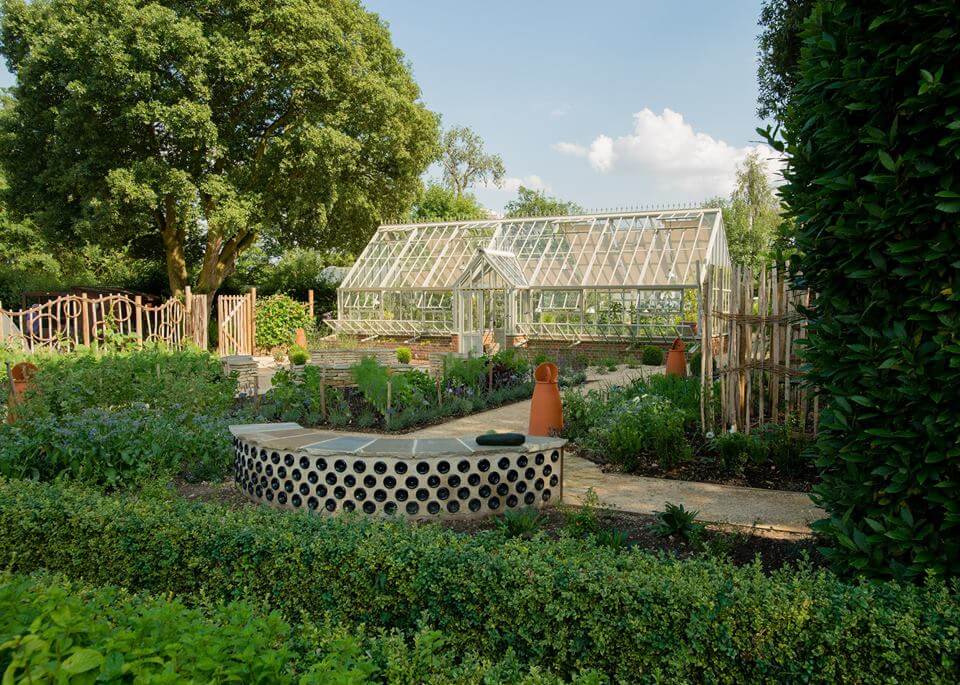 That is the secret to success. It’s the ability to pass on to someone a vision that not only that person is going to share, but he/she must own it, as much as I do. Believe me, you feel like a winner all the way. That’s why Le Manoir is so successful, it’s the consistency.

I would like to think I’m 150% a French man, and the last 50% you may ask what is it. It’s you. The British people who have enriched my own culture, my own multicultural approach, and that’s why I’m open to new ideas.

French cuisine is the foundation of most cuisines in the Western world. Italy has its own heritage, as does Spain, Portugal and all of Europe. French cuisine was the first established, and it’s played a huge role. It’s still very important. At the moment France is in a bit of a hole both politically and economically and, to some extent, with its food. Saying that, it’s only a hole and France will bring itself back. It will happen, I have no doubt about it.

What up-and-coming chef in London shall we keep our eye on? 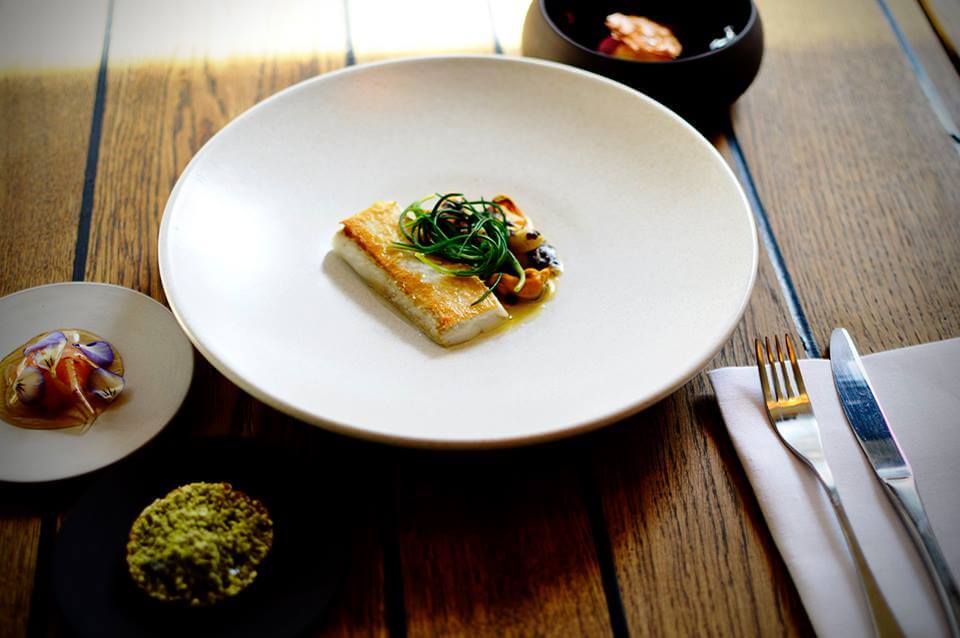 There’s one chef I’m off to visit next week, and he’s called Mark Jarvis. He’s behind a restaurant called Anglo (in Farringdon). He trained at Le Manoir for five years and Bruno Loubet went to eat there, Bruno is a friend of mine and he said it was absolutely amazing. Brilliant, brilliant stuff.

I also ate at Five Fields, what a great place. Amazing, British cuisine and all local produce.  The owner has a huge allotment. It’s not expensive. You must, must go there.

What’s your favourite place in London for Breakfast?

Well, I come here (Home House), because it’s not too far away. They cook for me a very good breakfast. I insisted on organic eggs, and I insisted on sourdough bread and the best tomatoes. So eventually I got what I wanted. Or in front of Marylebone Station, there’s an Italian cafe on the corner. Oh, it’s just wonderful. Free-range eggs, amazing tomatoes, and the best bacon. It’s about £5. The best. And they use the same coffee that I use for the past forty years. Good, good food.

Raymond Blanc is spearheading the Kenwood Disaster Chef competition, a nationwide search to find the country’s 10 worst home cooks and improve their culinary skills with the help of the new Kenwood Chef Titanium. For more information, and to enter the competition, visit the website here.