Professor Green is best known for his musical talents (a multi-platinum artist if you’re wondering), but he’s a passionate foodie, with a keen eye for flavours and knack for banging out top-notch roasts for his pals. Recently partnering with Gousto for their all-new DNA dishes experience (for Brits to uncover their hidden heritage, and discover new dishes and recipe inspiration based on the results), we chatted to Professor Green about his love of cooking, his French heritage and well-received pop-up with best mate and chef Gizzi Erskine:

How’s lockdown been for you? 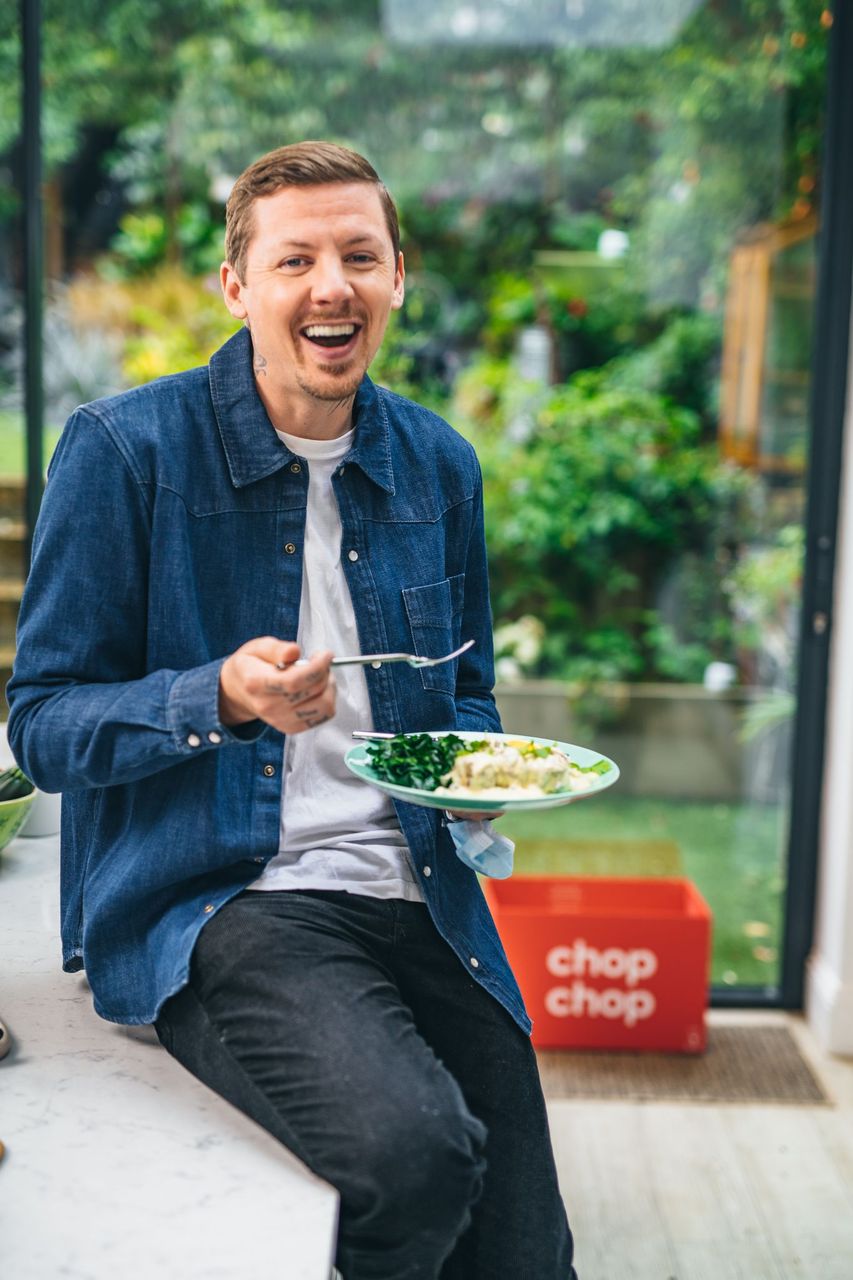 It’s been interesting; varying degrees of tired, bored, bored and tired. But really happy, to be honest. I kind of have an introvert and an extrovert side, and I guess the extrovert comes out on stage, but I’m somewhat of a recluse, and half wish that people obeyed social distancing for the past 35 years because I don’t like space invaders.

Despite looking on paper it would be something I quite enjoy, it has been quite difficult. I just want to give my nan a hug – I just miss doing simple things like greeting people normally. The ones I like and care about, it’s a bit different when strangers run up and try and hug you.

Lockdown did bring good things for you as you teamed up with your pal Gizzi Erskine for Giz & Green’s.

I did! I was in Morrocco for 13 weeks under a state of emergency. I wasn’t even allowed out for a walk or simple exercise – I had to do that in the living room. And it rained for eight and a half weeks so I couldn’t even use the balcony, but it did mean that I spent a hell of a lot of time cooking because there wasn’t much else to do.

How was the Giz & Green’s pop-up at Passo?

I can’t believe it – we served around 15,000 pizzas. It’s insane! People must have thought we were a little bit crazy going into that. I definitely did, but here we are. That whole time spent in Morocco reminded me about why I love the process of cooking so much; not just rushing to knock something together, but actually setting the table, making it look nice, and turning into somewhat of a ritual.

Were you heavily involved with the menu?

Gizzi actually tolerates a lot from me. You would never expect me to have a developed palette, I do have quite a taste for food so much so that I had to open a second Instagram so I could post pictures of the food I was enjoying. It’s called ‘iusedtoravebutnowi’ and it’s got quite a following now.

Gizzi and I are back and forth all the time, and we have something else but I’m keeping hush on that for the time being. I’m not going to give anything else away.

You recently partnered with Gousto for their ‘DNA Dishes’ and found out about your French descendancy – how was that?

I know.. I was quite shocked. My favourite dishes outside of a roast dinner is normally Italian, so I was a bit gutted that none of that was in there. French, German and Irish – Irish I understand as I have a real love for potatoes.

Have you tried to cook any French dishes? 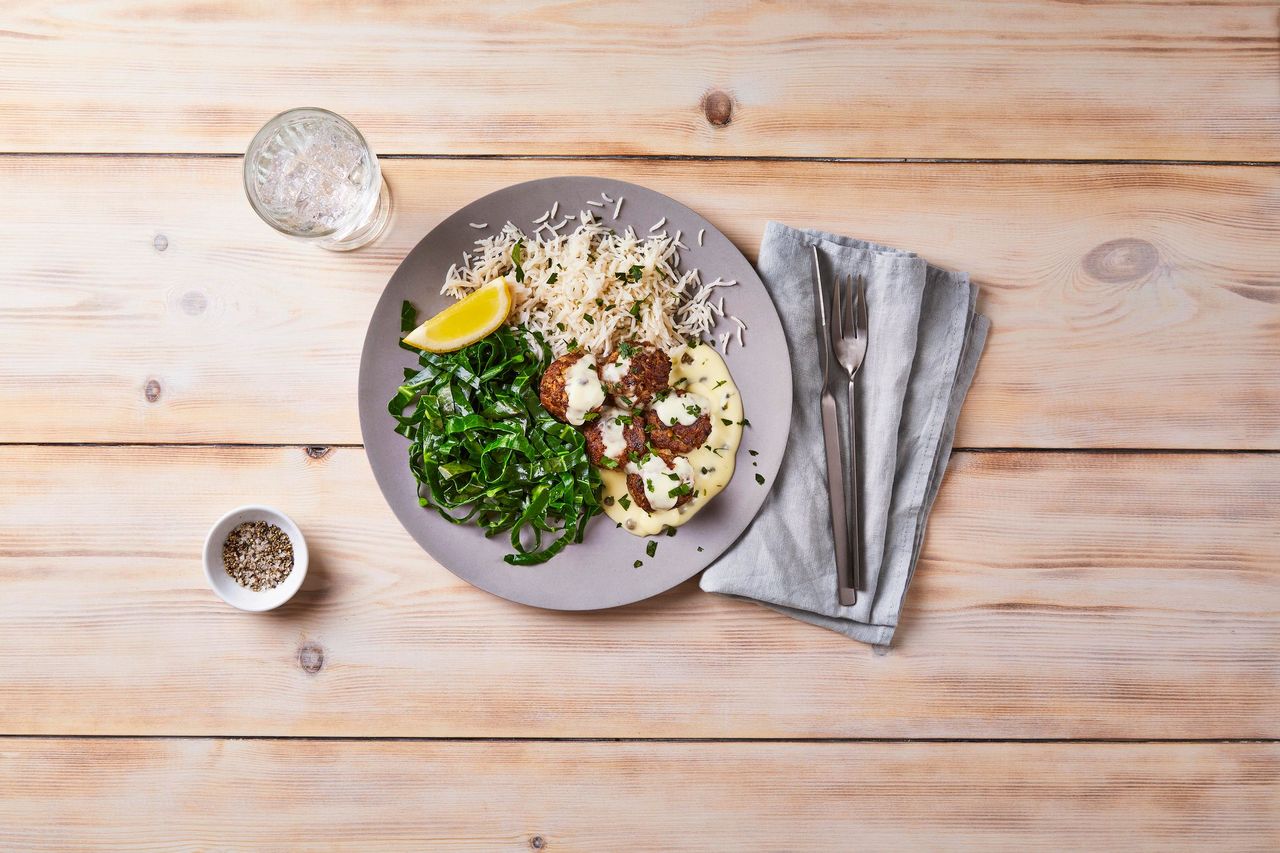 Steak and frites… which is basically just steak and chips. That’s about it. My favourite cuisines are probably Italian, Japanese and Indian, and they’re normally what I turn to when I cook. That’s probably changed now. The first time I turned my hand to a German dish was Gousto’s German meatballs with a caper sauce. Never paired meatballs with a white sauce before, always a red sauce.

Has Gousto helped with your cooking skills? 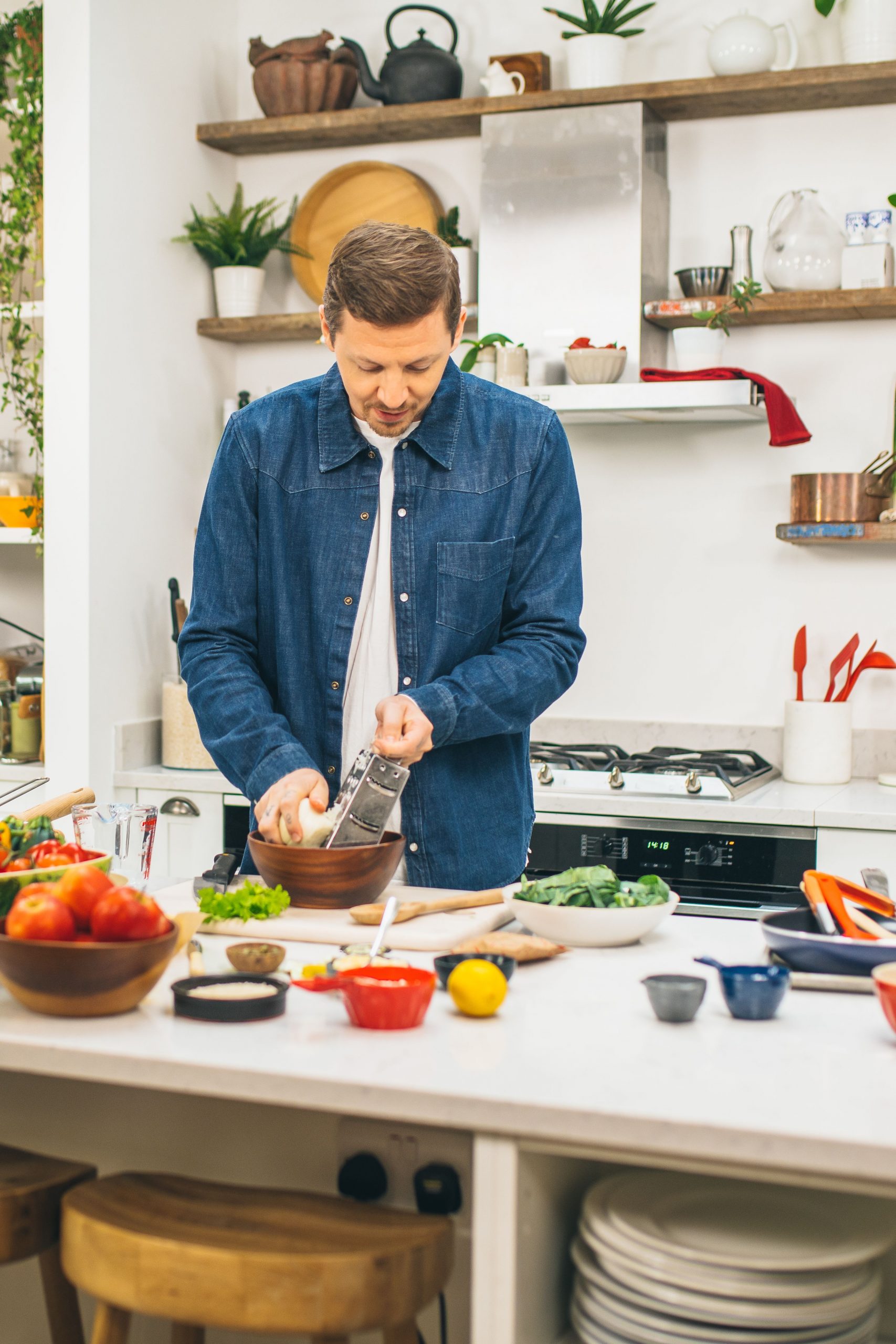 They’ve definitely pushed me out of my remit a bit more. It’s just quite easy to get stuck in a loop and cook the same things again and again. I’m also not a fan of waste, so I think it’s great that Gousto provides the ingredients you need for the meal you’re cooking as well as instructions, easy to follow I may add. But there’s no waste.

I don’t know if you saw the Attenborough documentary, it was the one called Extinction, but it was a fact that said 40% of all food produced goes to waste, and there are people starving – doesn’t really add up to me. I do think Gousto encourages less waste; you get delivered the right about of ingredients for the meals. It’s a win win, really.

You’re hosting a dinner party – what would be your signature dish?

A roast – I love Sundays. Whenever I’m on tour, and I get back on Saturday night or Sunday morning, I always invite round all the people I haven’t seen, and some of the people I’ve been on tour with, round for a big roast. I like cooking a roast for a large group; it’s kind of pointless making a roast for two people. I like it because people come round before the food is cooked, people muck in a little, not too much as I like to delegate. I delegate very clearly otherwise things get confusing. I remember a Christmas when I came downstairs and I asked ‘where’s the meat?’ and someone goes ‘oh, I’ve stuck it in’ but didn’t specify how long it had been in the oven for. I like to be left alone when I’m cooking, unless tasks are clearly given out.

But dessert, this is where I fail miserably. The first time I had to make pizza with Gizzie… the idea of dough. Proofing in the fridge for two days, and if I went wrong I would be left with nothing was quite a scary one. Baking and desserts are not my strong point. Sticky toffee pudding is my favourite pudding.