He’s best known for introducing fusion food to Europe and beyond – after decades experimenting with the ingredients and flavours which he loved. Peter Gordon’s cooking is vibrant, innovative, unexpected and always delightful – rather like the man himself, as I found out when I went to meet him at his flagship London restaurant The Providores and Tapa Room. 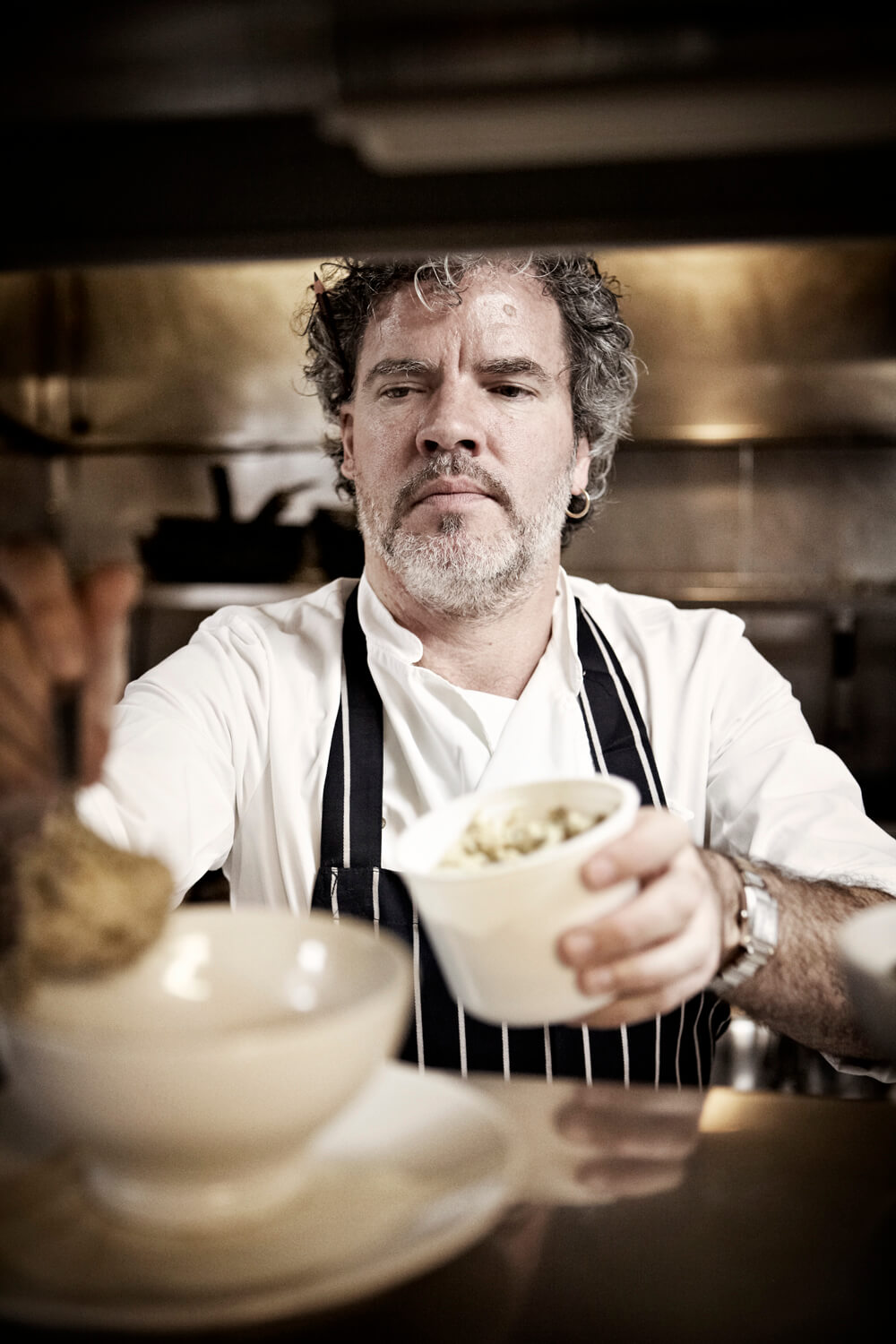 It turns out his interest in food began young. Very young. “I made my first cookbook aged four”, he says, “I used to sit on the floor, cutting up my mother’s magazines and putting them into a scrap book. And I’d sit on a bench in the kitchen watching mum make apple pie.”

Even a horrible kitchen accident, when he tipped hot fat from a chip fryer all over his side and face, didn’t put him off: at university, unsatisfied with his science degree course he dropped out, went off to Australia and found work in a Melbourne kitchen. 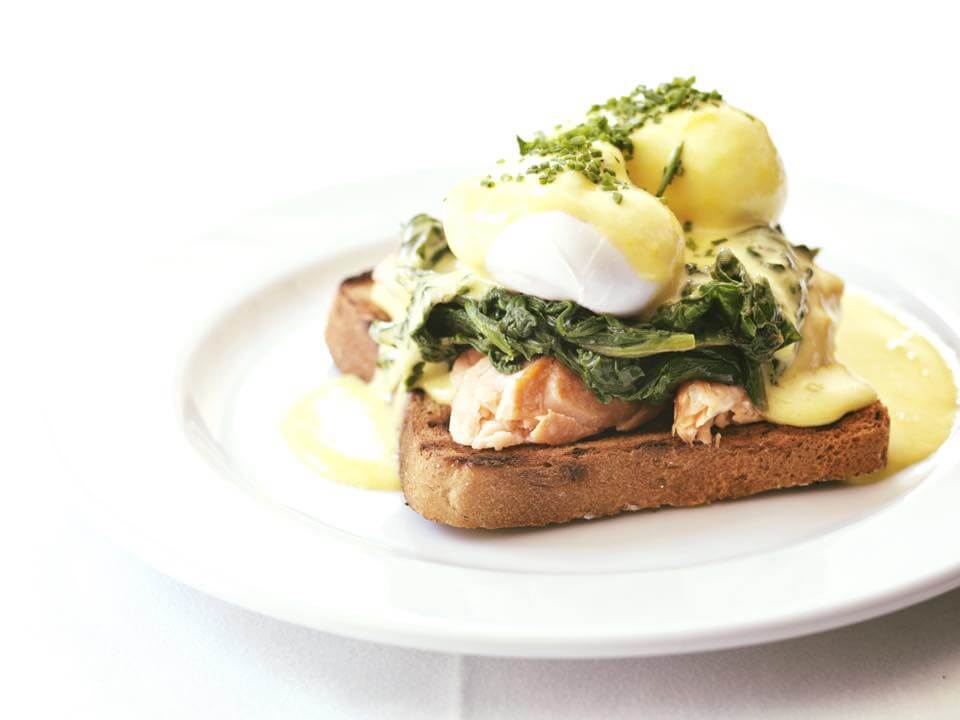 “The scene there was brilliant: there are lots of Italians and Greeks, as well as people from Vietnam and Thailand, which has formed a really vibrant food culture.” After catering school, he decided to travel, aiming high: “I thought I’d get a job in London at the Savoy or the Ritz.” A short detour through Asia became a year, backpacking from Bali and Malaysia to Burma and Nepal. But Peter’s plans were cut short when his father fell ill and he returned to New Zealand, helping to set up the Sugar Club in Wellington. 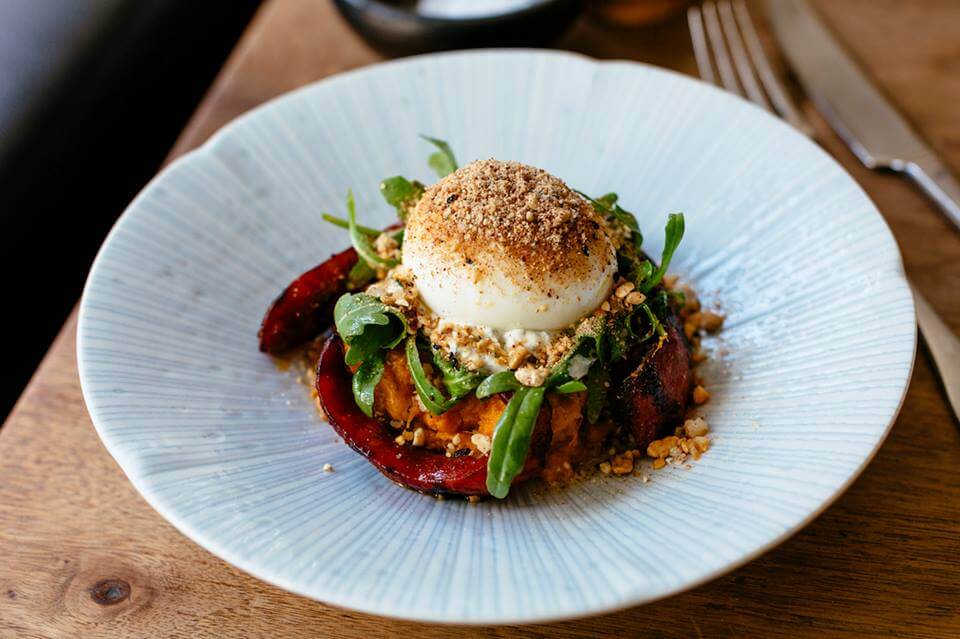 “I started cooking what’s now called fusion food – it was considered quite odd, but everyone loved it. I was a Westerner with Maori heritage and Asian influences – we broke all the rules. I’d heard about a chef in the States, Norman Van Aiken, using the phrase for his mix of Nuevo Latino, Cuban American cooking and I thought it sounded good!”

London finally happened in 1989, when he worked at a number of restaurants from Launceston Place to First Floor, and a private members club where, he says. “for the first time I made food which people wrote about. Damien Hirst, Mick Jagger, Gilbert and George – they were all members there. ” By 1995 he’d set up the Sugar Club in Notting Hill, followed by a second branch three years later – and writing his first cookbook.

But setting up his own business was always the dream: it took three years before finding the right site on Marylebone High Street. “None of us had ever owned a place before, so it was very exciting. I wanted two separate floors, a more casual breakfast and lunch menu downstairs, and more fancy upstairs in the evening.” The Providores and Tapa Room was an instant success. “We were really busy, right from the second or third week”. 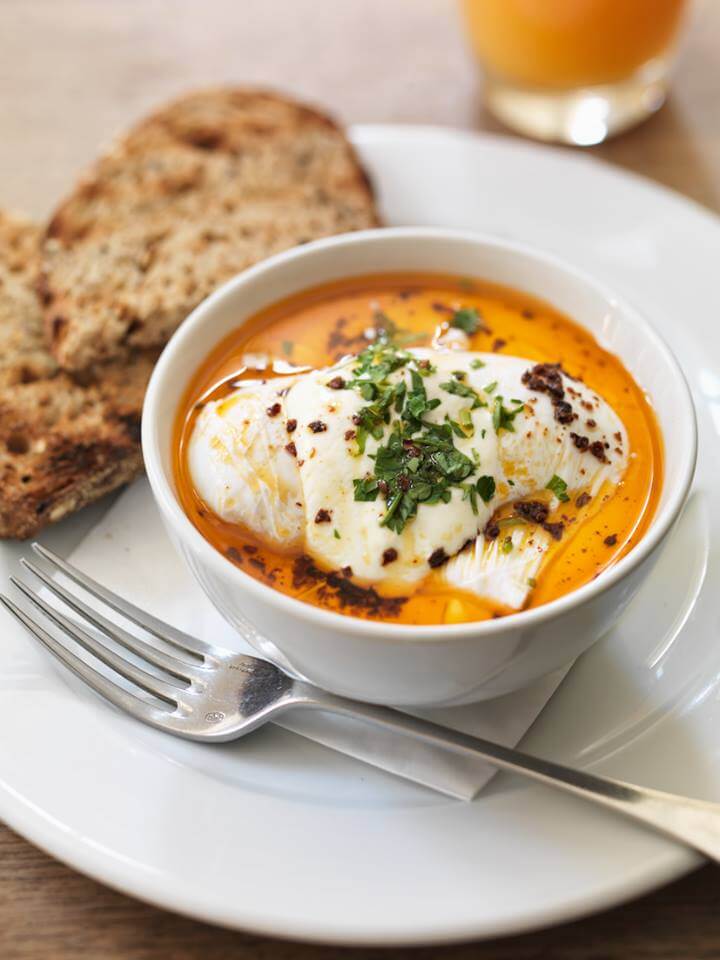 It’s hard to imagine now, but back then the whole concept of going out for breakfast or brunch was pretty new to London. “We were the first people to serve a flat white. We did small plates. We wanted an all New Zealand wine list – today it’s the largest in Europe! We did French toast stuffed with banana and pecan, and Turkish eggs. No one did those when we started, now they are so cool, you see them all over the place.”

The brunch menu has proved so popular there are some dishes he can’t take off the menu. “Some customers who were here 15 years ago don’t want things to change. We tried to change our chorizo dish to a salt beef one and so many people kept asking for it, we had to put it back!”

Breakfast, he says, can become the fun part of the day: his other London restaurant, Kopapa, is well known for it. And so too the latest project he’s involved with, Crosstown Doughnuts, which now has its own café in Soho, selling myriad flavours from peanut butter and jelly to a whisky version with a shortbread crumble. 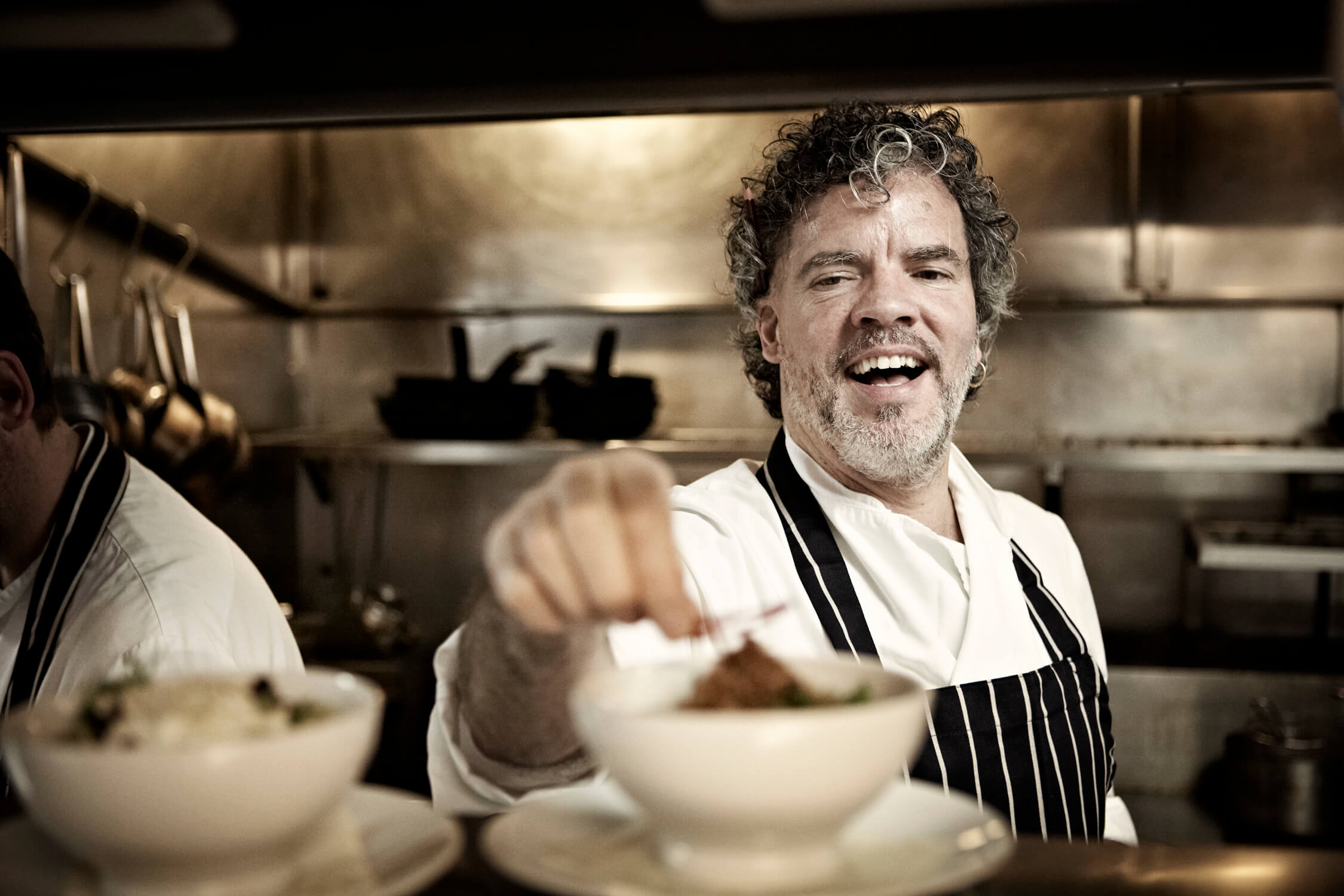 Peter still finds time for plenty of cooking at home and in the restaurants, in between the businesses and travelling to New Zealand up to six times a year – although his personal life should soon become less hectic when his partner Alastair moves to join him in the UK. There’s a new book out in April, too, – Savour: Salads for all Seasons, already on sale in the restaurant:  “It’s exactly the sort of food I like, it’s perfect for any time of year – just put together lots of lovely ingredients with a funky dressing.”

Fresh, vibrant ingredients, transformed by the magic Peter Gordon touch. If you haven’t met Peter Gordon, or at least his food, it’s about time you did.