Life / Commentary / About Time You Met: The People Behind Veggie Pret

About Time You Met: The People Behind Veggie PretBy Angelica Malin

We love Pret. There, we said it. I know we harp on about it, but they’re porridge making mavericks. When the team opened Veggie Pret back in June, it took London by storm. People flocked to get their mitts on meat-free, plant based goodness. We caught up with Caroline Cromar, Pret’s Group Director of Food to discuss vegan grub, the inspiration behind the menu and, well, porridge:

Hey guys! Congrats on the success of Veggie Pret. What made you guys dedicate a Pret to vegan and vegetarian-friendly options? 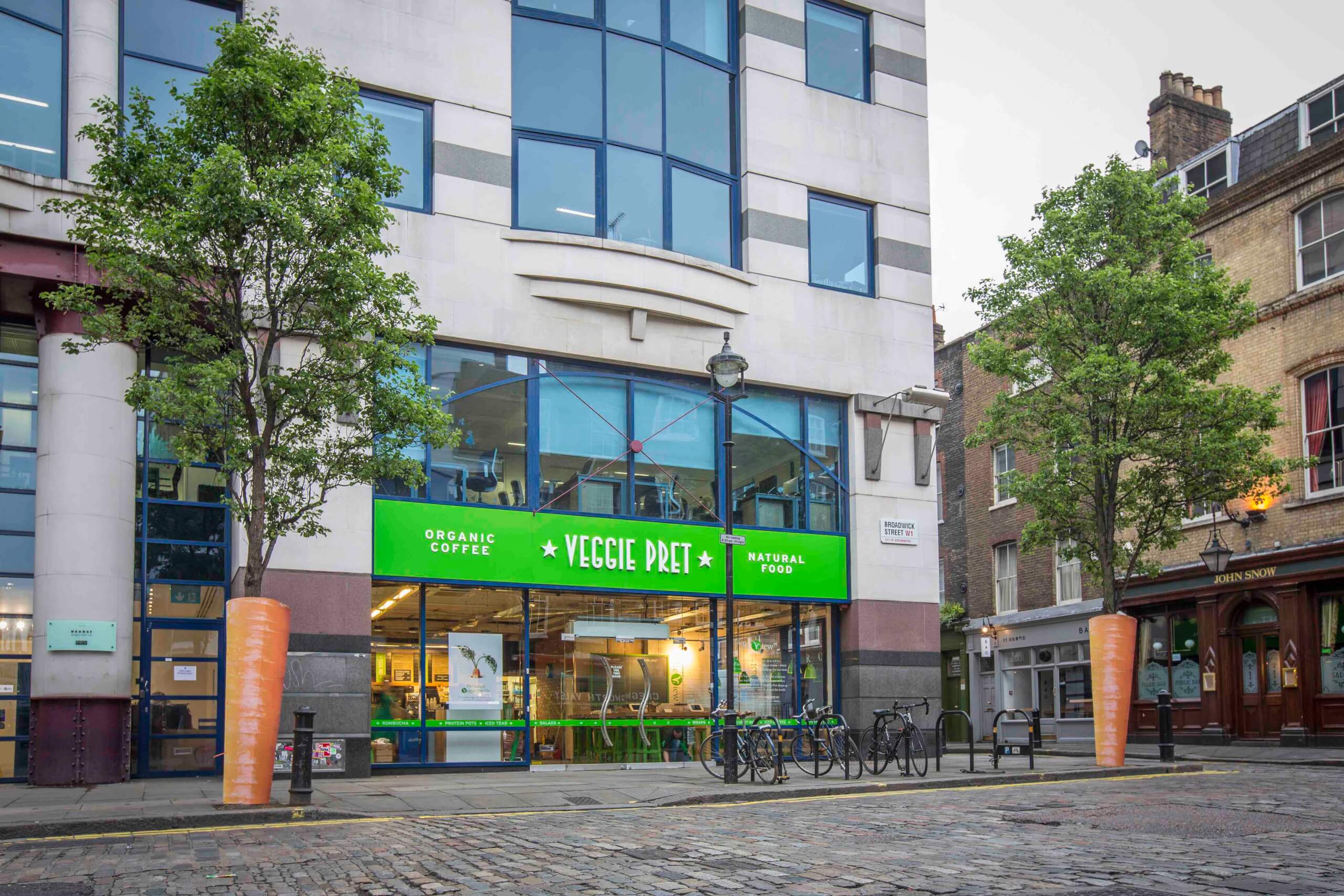 Veggie Pret was in the making for around a year, and all began after we noticed more of our meat-free options flying out of the fridges than normal. We started a conversation with our customers on our blog and social channels to see if it was an area of growing interest for them. Thousands and thousands of them voted on what they wanted to see us do next.

It’s very forward-thinking for a chain to do something like this. Do you think other companies will follow suit? 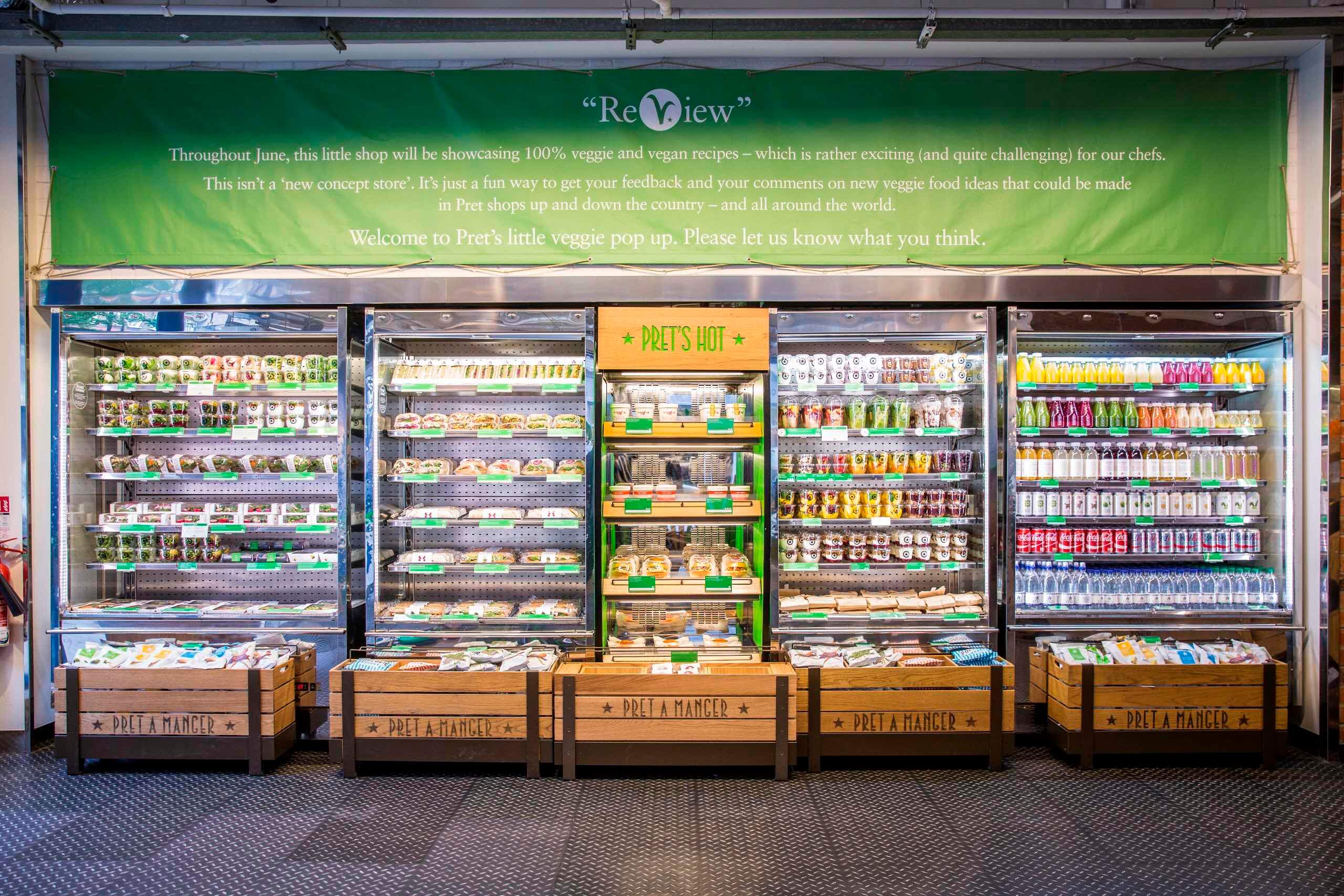 Quite possibly. Creating delicious, exciting and wholesome vegetarian food is a challenge to retailers. Vegetarian food almost has to be even more flavoursome than meat-based food, as there are higher expectations that it will be bland and unexciting. We encourage other retailers to experiment in the area as much as they can!

Why do you think there has been a big shift towards a vegan and lower-meat lifestyle? 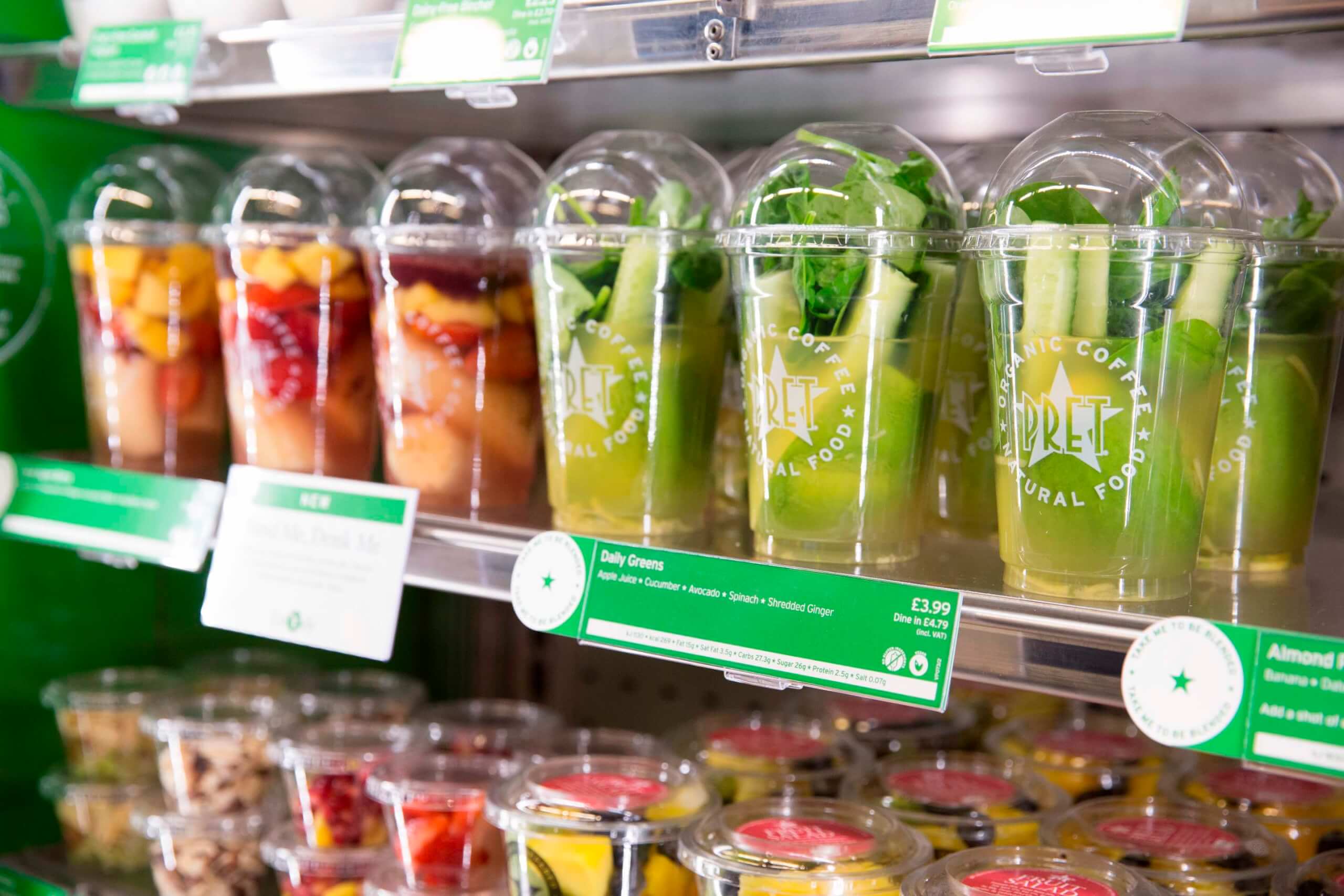 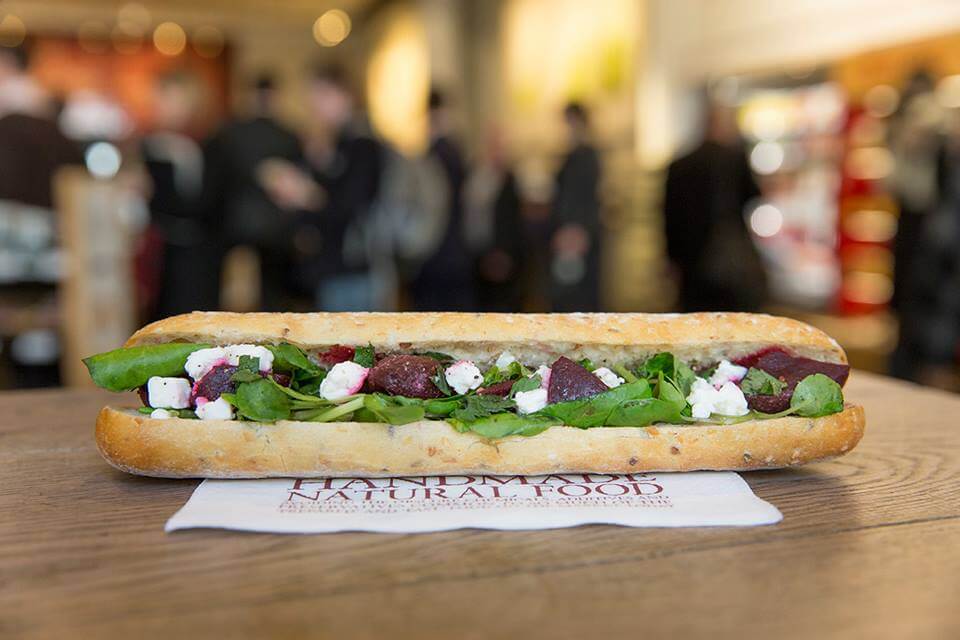 We’ve seen our veggie and vegan options become increasingly popular over the last 18 months or so. Not just with customers who don’t eat any meat, but also with those who are just trying to eat it a little less often. Some are choosing to do so from an animal welfare perspective. Some to lower their personal impact on the environment, and others in the quest for a healthier diet and lifestyle. It has been our challenge to make it easier (and more delicious) for customers to enjoy veggie food, no matter their reasons.

How long did it take to plan the menu – did you create dishes that didn’t work? 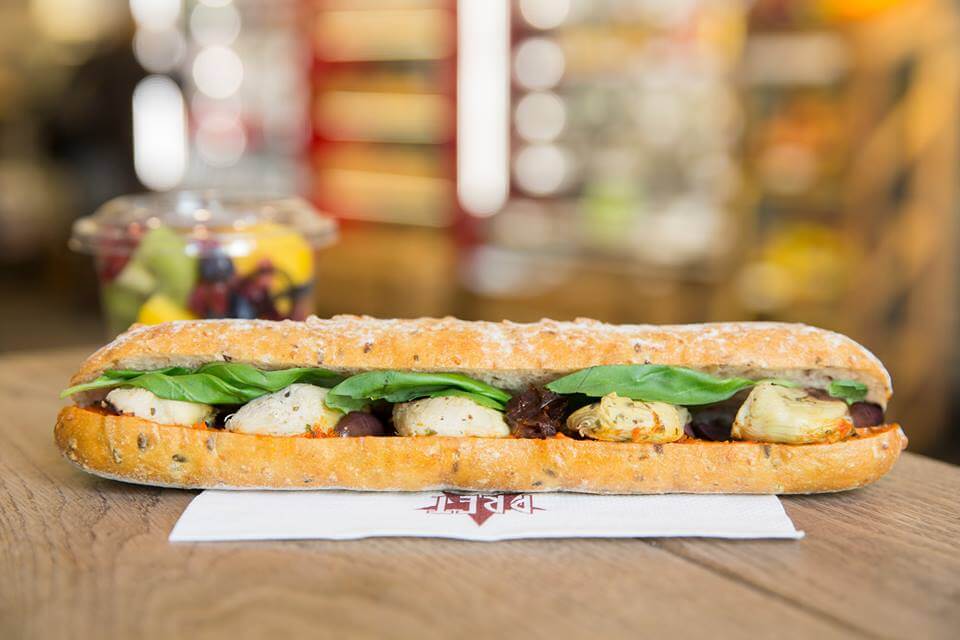 We didn’t have long to plan the menu, but still managed to go through hundreds of recipes! It was a huge challenge for our development team, but also a great excuse to experiment with ingredients we’d never used before, like almond butter, cauliflower rice, courgetti, chakalaka spices and paneer cheese.

What was the inspiration behind the menu?

Fresh, colourful and delicious meat-free food that is so good it can be enjoyed by everyone, not just by veggies.

What product has been the most popular? 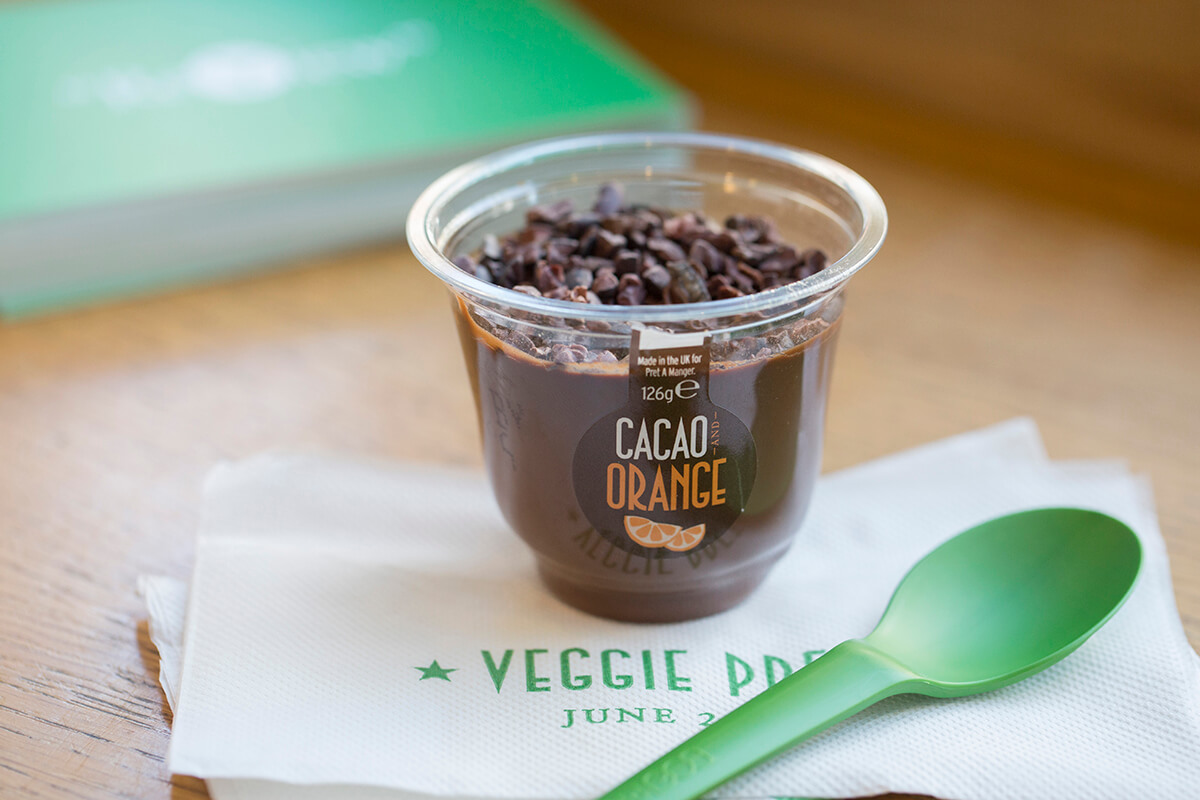 Interestingly a lot of the vegan products have been the most popular week after week. And it’s clear that our Veggie Pret customers have a very sweet tooth! Almost every week our top sellers have been our Chocolately Coconut Bite (a dairy-free bite that I’ve heard described a few times as a “Posh Bounty”) and our Cacao & Orange Pot (an indulgent dairy-free dessert made with coconut milk).

Will you be rolling out your products in regular Pret outlets in the future? 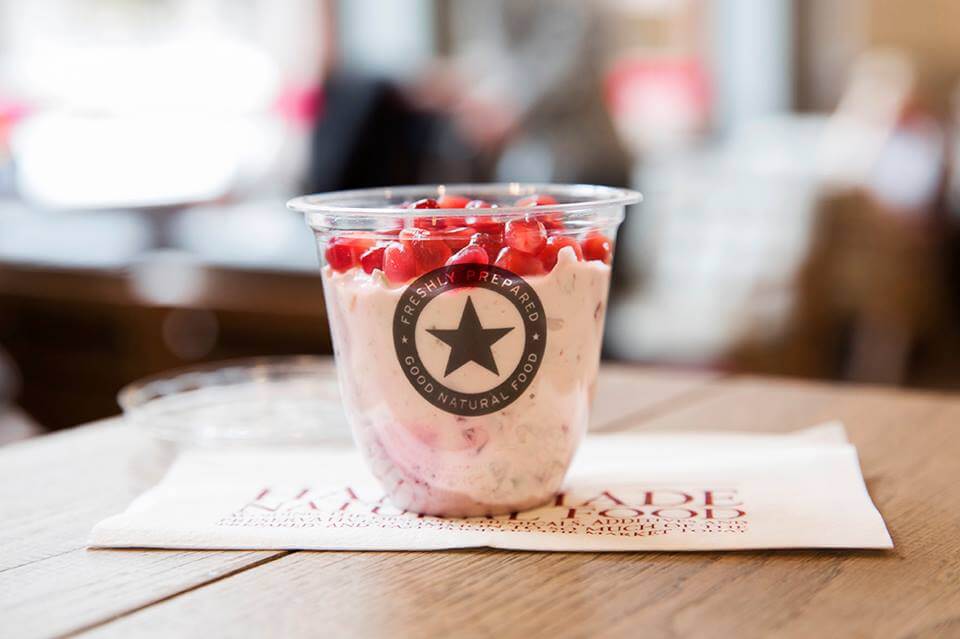 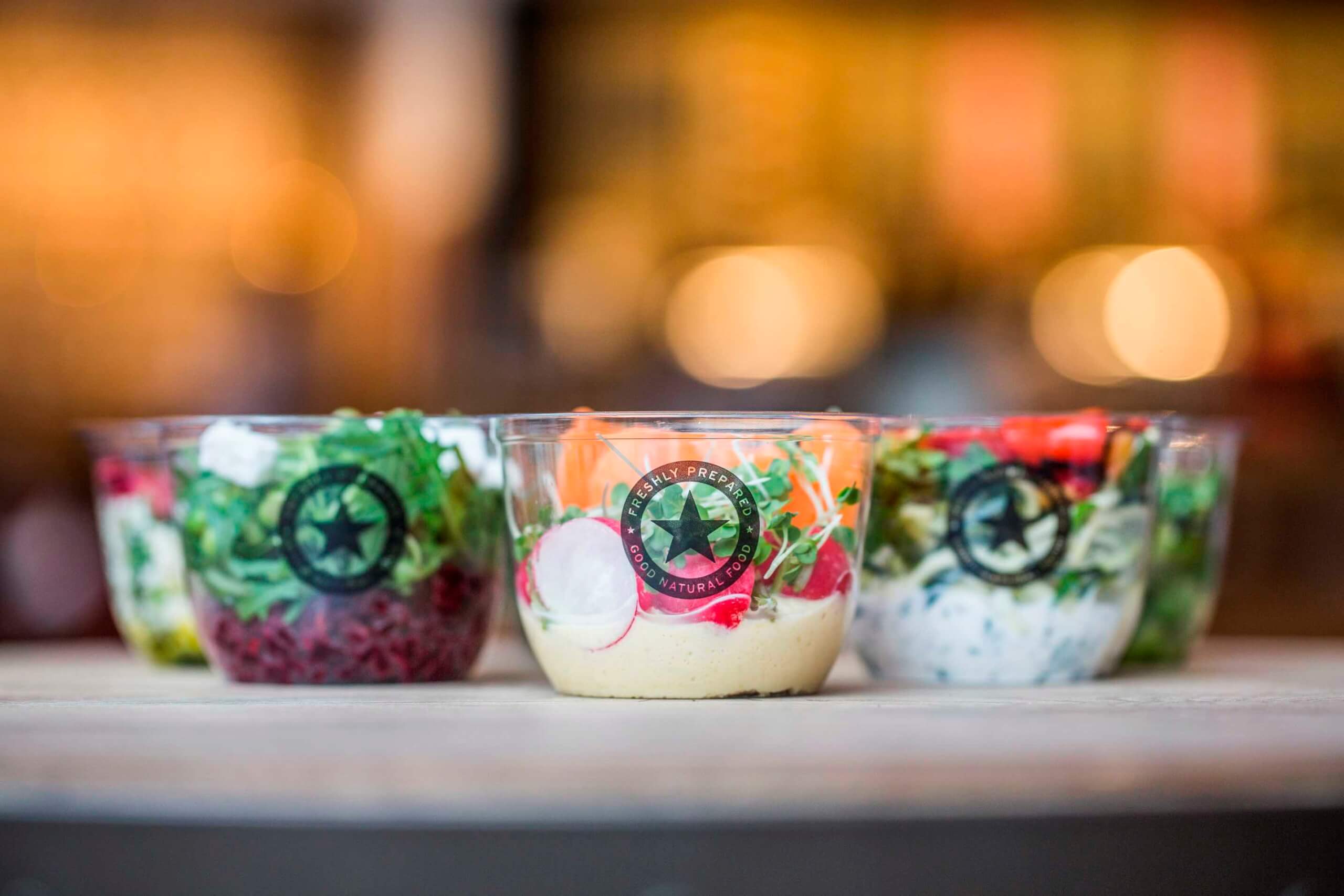 That’s the plan! We like to think of Veggie Pret as an audition process for what makes it into the rest of our shops permanently. We’ve had so many customers take the time to write comment cards or tweet us feedback over the last couple of months, so now have a pretty good idea of what should roll-out next year.

You’ve also expanded your range of gluten-free products – how have they been received? 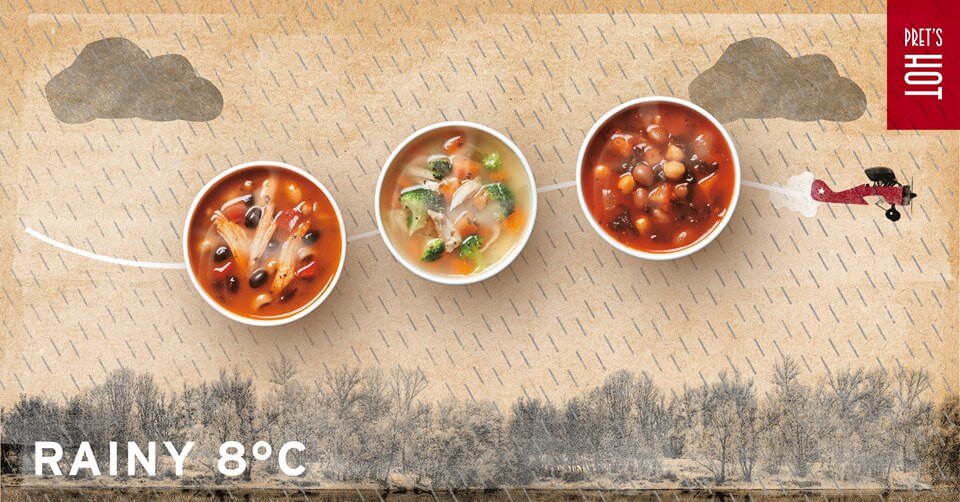 We launched a range of soups in January which were all dairy and gluten-free, and under 250cals. They were received well by customers and we have some new ones launching this autumn too. We also extended our “Natural Nibbles” range this summer, and the new snacks and bags are all gluten-free. The Chocolatey Coconut Bite has been our top-selling product at Veggie Pret.

Have you anything else in the Pret pipeline? 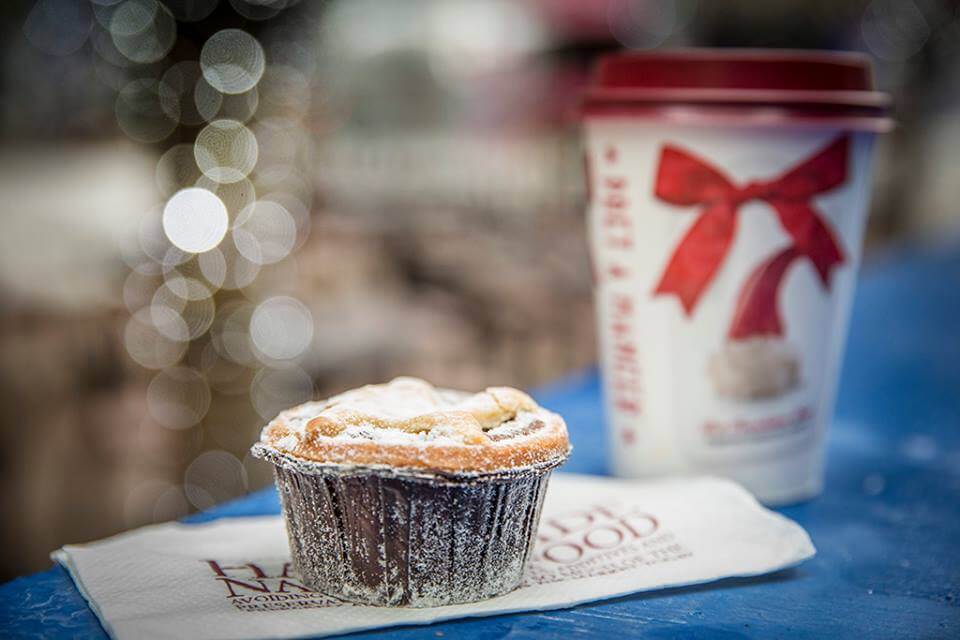 You’ll be pleased to know the team is already hard at work on this year’s Christmas menu, and there will be even more for our meat-free customers to enjoy this year. Also, keep an eye out for some new hot breakfast options this autumn. We know how much your readers love a good breakfast!

We’d love to tell you, but we know how much you love our porridge and are scared you’ll start your own About Time/Pret porridge black market!