Thunderbird Chicken is known for its game-changing golden fried chicken, alongside flavour-packed burgers, fiery, messy, magical wings in innovative sauces, along with other classic meaty wares and saucy little sides, making it one of the must-visit restaurants across the capital. We chatted to founder Matt Harris about his love of fried chicken, his wings bagging the top spot at London Wing Fest and the inspiration behind his wacky wing flavours:

Tell us about your journey –  how do you go from a race car driver to fried chicken connoisseur? 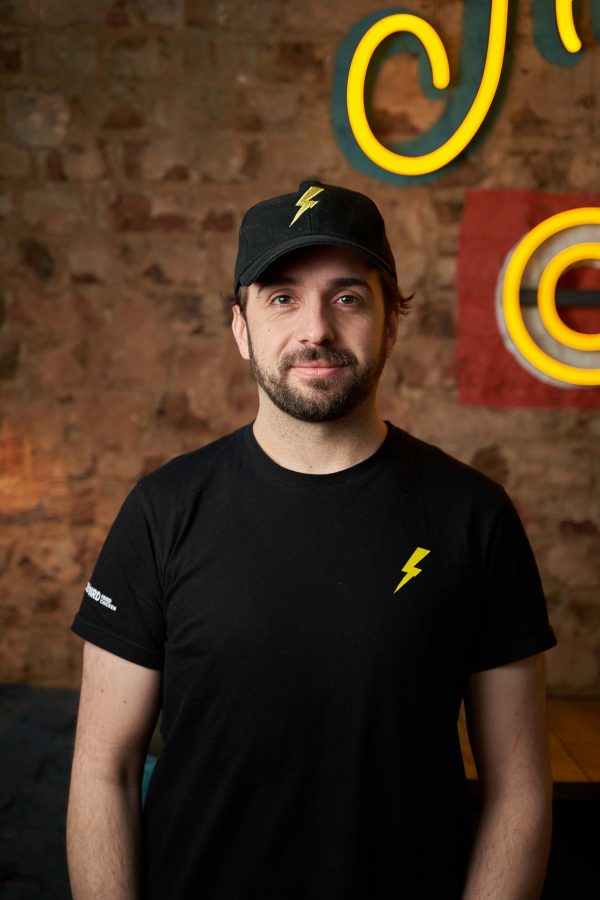 I’d been racing in formula cars and Porsches for a few years before my racing career took me to the US to compete in NASCAR. An awesome opportunity, but my arrival there coincided with the 2008 recession and my sponsorship ran dry immediately. I started travelling the South, going from track to track, trying to beg my way behind the wheel..  and along the way, I fell in love with BBQ and fried chicken, the likes of which, didn’t really exist in the UK back then.
Fast forward a couple of years and I’m back in the UK, no longer racing (never found that £££), doing a rubbish job and passionately hating my life. One day I started cooking and it almost instantly filled the gap that racing had left; I loved understanding how every nut and bolt on a car could be adjusted to make it faster, leaner, meaner, and I started applying that philosophy to cooking. Pull a recipe apart, find out what makes it great, improve it, put it back together.
That led to me using lots of fine dining techniques to recreate the BBQ that I missed from the US.
Around this time street food was the coolest thing in the universe… so like any rational human, I got a bit drunk and bought an American ambulance on eBay… slapped an IKEA kitchen into the back of it and set off into the world of street food in the “BBQ Lab”. It was less of a business and more of a really out of hand hobby… I did it purely for the love of cooking and experimenting, doing a new menu every day
After a couple of years of touring London’s markets, I put wings on the menu and 3 months later, they won WingFest for “Best Wings in London”. It was pretty clear that people loved the wings, and that the “better-fried chicken” movement was starting to gain momentum.  Over the next 18 months, I worked on the concept for Thunderbird Fried Chicken and it came to life in Canary Wharf in March 2017.
The Chipuffalo Wings hold the coveted London Wing Fest Award. What makes Thunderbird Fried Chicken different to other places?
Fried chicken has always been awesome… but that’s not to say that there isn’t a little room for improvement. I’ve never been a massive fan of tradition, and always thought of it as a platform for further development, rather than a set of rules for how things should be done. I prefer to take an amazing recipe, like a traditional buffalo wing, develop every element of it to the Nth degree, and put it all back together.
I think that’s what made Chipuffalo such a success, taking the WingFest title; it was recognisably a buffalo wing, but slightly different and better. The same can be said for pretty much everything on the menu.  For example, our strips look like fried chicken, but instead of using a buttermilk marinade, we use a brine mix that was developed down to the net molecular charge, and the flour has been in development since 2016… and still going! Fried chicken, but not as you know it.
What inspires your new dishes and flavours? 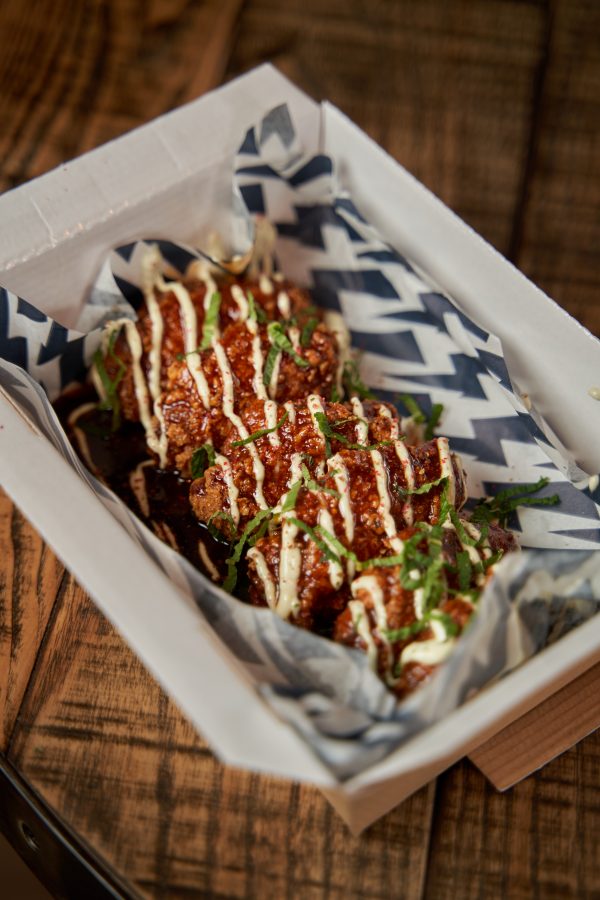 Inspiration comes in all shapes and sizes; it could be something I’ve eaten somewhere, a random shower thought, a smell, a colour combination. Again, I’m fairly agnostic towards tradition, so instead of taking inspiration from just the US, I like to use the best of ideas from everywhere.
Fried chicken is made all over the world in many different forms and styles, each with its own magic. The same is true of sauces, toppings, textures and flavour profiles. So I like to take the best bits from all over the world and try to combine them to make something new and interesting. Start with a few ingredients, then try and find other flavours that will be friends with it; our latest wings, Tokyo Drift, use Japanese and Korean sauces, British treacle and mint, Mexican chillis, Peruvian peppercorns and Indian curry leaves!
Does a day go by you don’t eat chicken?
Rarely!
What was it like running the business through a global pandemic?
Difficult, mostly. In other ways, incredibly valuable.
I took zero pleasure from closing all of our sites and seeing everyone go off on furlough. However, it was a great opportunity to think, develop and improve, without tight deadlines or the usual day to day responsibilities. We have come out of it as a much stronger business… and we know a hell of a lot more about delivery!
Your most recent opening is in Earls Court. What made you choose that location to spread your wings? 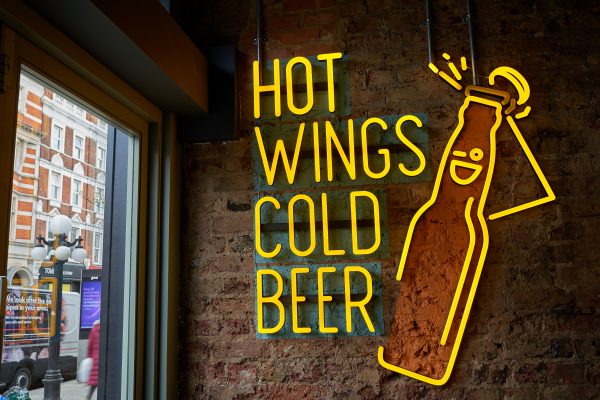 Earl’s Court had the right mix of everything for us; all-day trade 7 days a week, next to the station, great delivery opportunities and a site with an interior that we could make into something awesome. It’s our first proper step into West London and it’s been awesome so far! Super proud.
Looking to the future – any more locations on the horizon?
Yes, but I can’t talk about those just yet. VERY exciting stuff on the horizon!
Lastly, what advice would you give to looking to get into the hospitality industry?
Get some experience!
I did 3 days in a pub before they asked me not to come back – turns out that wasn’t really enough of an introduction to the industry. And this industry isn’t for everyone – it was fortunate that I fell in love with it. I would definitely recommend getting your hands dirty before committing to it.
For more information on Thunderbird Chicken, see here.
Share
Tweet
Share
Pin
0 Shares