Life / Entrepreneurs / About Time You Met: Maria Tamander, Owner of The Cleveland Arms

About Time You Met: Maria Tamander, Owner of The Cleveland ArmsBy Angelica Malin

Former film executive and now London’s best connected and stylish landlady, Swedish born Maria Tamander took over beautiful Paddington pub The Cleveland Arms in 2014. A hugely well connected individual, not to mention the woman who produced the video for the Spice Girls ‘Wannabe’, Maria turned a forgotten pub into a stunning shabby-chic drinking and dining destination, which still has the old British boozer charm but with an amazing culinary offering from chef Louis Lingwood and a whole host of loyal fans. We chatted to Maria about the restoration project, the pub’s Table Talk series, and proper British grub:

When did you first discover The Cleveland Arms, and what drew you to buying the premises? 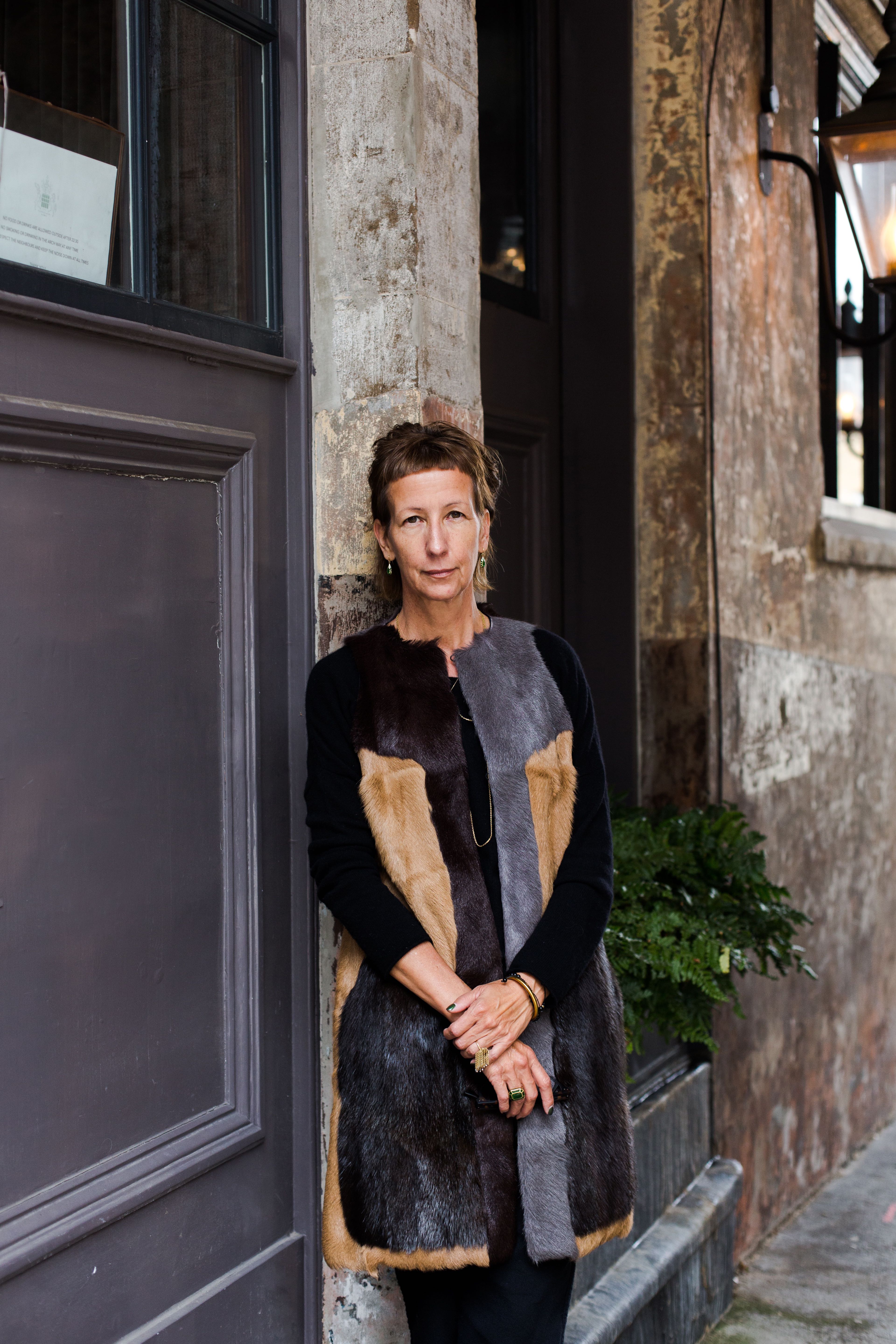 Around the time I was looking for a project to invest in, my daughters had started at a new school in central London. I would walk from their school on the way back home, and went into every estate agent I came across to see what might interest me. There was an agents on Craven Road which had something in the window, and I just got talking with them. The agents said that there was a property that wasn’t officially on the market and if I was really interested in a project then it was for me. That was the Cleveland Arms, and even though it was a bigger project than I was looking for, I knew it was the right one.

Did you have any previous experience in the food and drink sector before opening The Cleveland Arms?

I did work in restaurants, bars and even on a ship to finance my studies and travels. My grandparents had a hotel, restaurant and even a bakery so it must be in my blood. I’ve had a production company since the early nineties and I think running a business like this one requires a similar mind-set to being a producer. You always have to look for other options and alternatives, and be ready to think on the fly; there’s going to be last minute changes, and you have to be opening to find alternative solutions and trust your gut feeling.

How long did the renovations take? And how did you decide on the decor scheme? 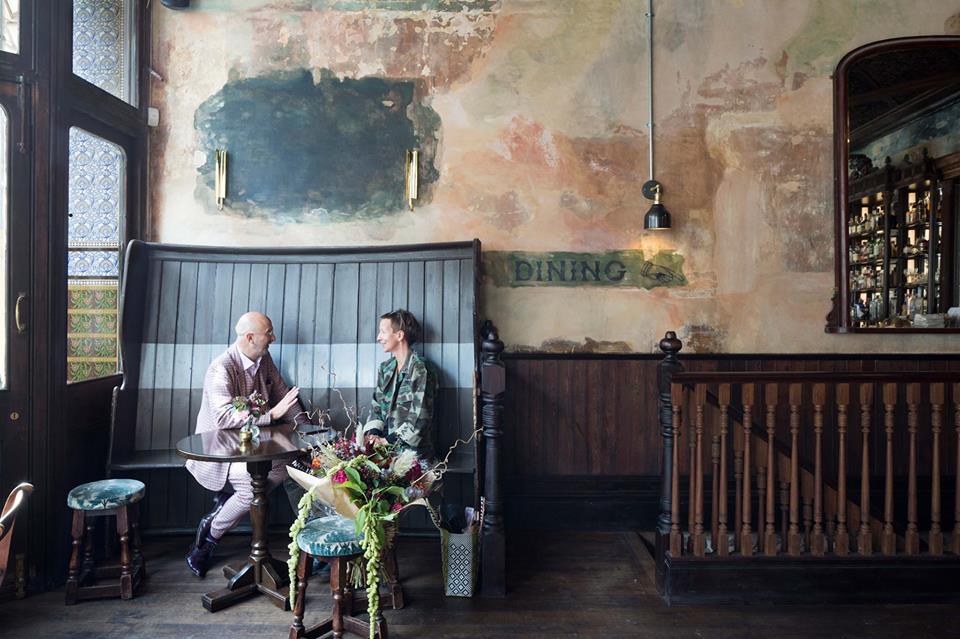 It took about four years to raise finances and for the planning applications to be approved, although the pub wasn’t closed all this time. For a little while we ran The Cleveland Arms as a pop-up, to get a feel for the neighbourhood and so that people didn’t forget about us. I had to go to court to get some sitting tenants out and complete the renovations in the pub and upper floors. The exterior of the building is where it all started, which gave us the inspiration we needed to start. The upper floors and the pub felt like a blank canvas because there was nothing there that was original, so we had the chance to really be creative.

The idea was to take it back to the Victorian grandeur which meant doing a lot of research. In terms of history, we contacted a planning historian who gave us plenty of recommendations, and from that we were inspired. Vivianne Heyman, the designer, was vital in making sure the design of the pub space was just right. Where possible we restored things (not many) to their original features.

What can people expect at The Cleveland Arms?

Being a pub, you have to create different scenarios to bring the local community together and welcome in people from far and wide. Having a smaller menu means that we can be creative but still offer something for everyone. We have a supper club once every four to six weeks where we collaborate with different suppliers and this gives us the opportunity to introduce new things to our menu.

Chef Louis Lingwood runs the kitchen – tell us a little more about his menu and cooking style?

For me, food is vital and a way to show how much we care. Once the renovation work was finished upstairs, I wanted to focus on the kind of food that I wanted to eat, and to develop something that would last. Louis Lingwood joined us in February 2018. The focus is on simple and sustainable and delicious food, which caters for a broad clientele. There’s an expectation of what you can get in a pub, so I wanted to make sure that we met this, but also exceeded this. He prepares tasty European food using sustainable British produce: it’s filling, comfortable, and unpretentious, without losing any of its charm or magic.

We also have a small kitchen, so the focus is on doing a few things very well and not overextending ourselves. It’s possible to have simple, elegant, fine-dining in a pub environment. I want the people who eat at the pub to enjoy themselves and never leave hungry!

Looking back, what did you wish you knew before starting the renovating process? 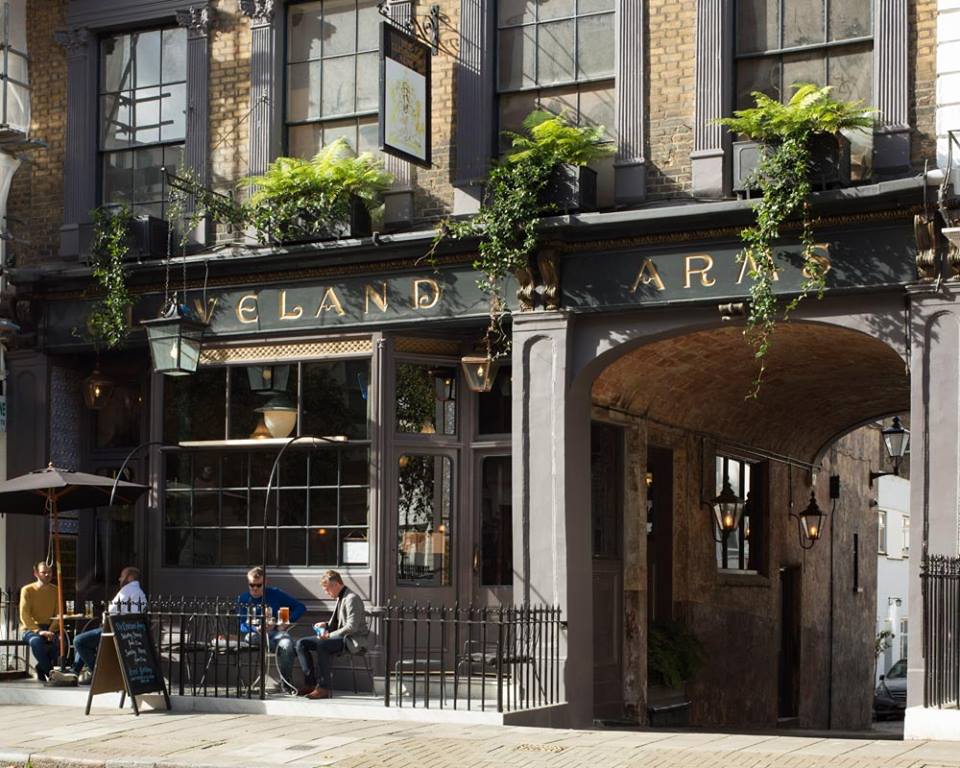 There were a lot more difficulties than I anticipated. The building was essentially crumbling around us, contractors were constantly trying to squeeze money out of us for a never-ending list of things that needed doing. I was surprised that there wasn’t more help on hand, and that the amount of paperwork you have to complete, and rules can sometimes feel really disheartening.

It’s a Grade II listed building, but only on the outside – on the inside there’s no evidence to show this, yet we still had to jump a lot of hurdles and satisfy a lot of bureaucracy which was really challenging.

Tell us about the Table Talk series? Are you planning any more events?

We live in such an amazing area with many creative and interesting people around, that’s really where the idea stemmed from. It’s a chance for us to expose audiences to AIDS awareness and eco conservation and jewellery makers and documentary film makers. Pubs are where people meet and we want people to know they can come in and be welcomed and talk with interesting people. This is for the students and the younger generation as well, so they get a discount.

We want people to come, sit down, and feel like they’re part of something innovative. In January, we have the incredible jewellery maker Solange Azaguray-Partridge coming to talk to us. Then in February we have The Forgiveness Project. It’s a monthly series that we want to run for as long as people want to speak to us!

What’s the most reward part of running The Cleveland Arms? 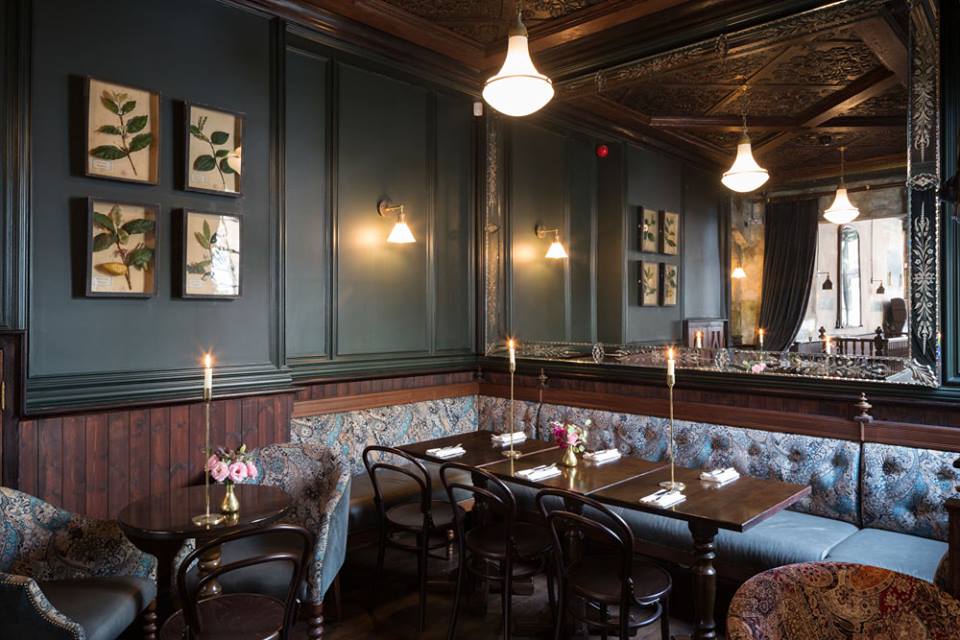 The feedback we get from guests. We have people visiting from abroad that used to be locals, others who have been coming to the pub for 40 years, and those who discovered us last week. It’s always incredible to see what they have to say, and how they feel about the space. It reminds me that the pub isn’t just mine – it’s made by all the individuals that come here.

Since re-opening in 2014 – how has the pub/restaurant landscape changed in London?

I think it has definitely become a tougher, more interesting place to operate. From finding fresh, interesting produce to getting the right staff, it’s become a challenge to make sure that we can keep offering something special.

Where do you like to visit to switch off in London?

Either in my home, with my daughters Isla and Iona, partner John, and dog, Juno. Or running through Hyde Park with Juno, while he chases the squirrels.