There’s no denying that Two Tribes is one of London’s coolest breweries, bringing together creative minds from the world of food, music and art to create really exciting unique collaborations.  Following Two Tribes’ most recent collaboration, GRILLA, produced with Michelin-starred chef Niklas Ekstedt, we chatted with founder Justin Deighton about coming into beer after a successful career as a DJ and what makes a great taproom playlist:

Tell us about your career pre-Two Tribes? 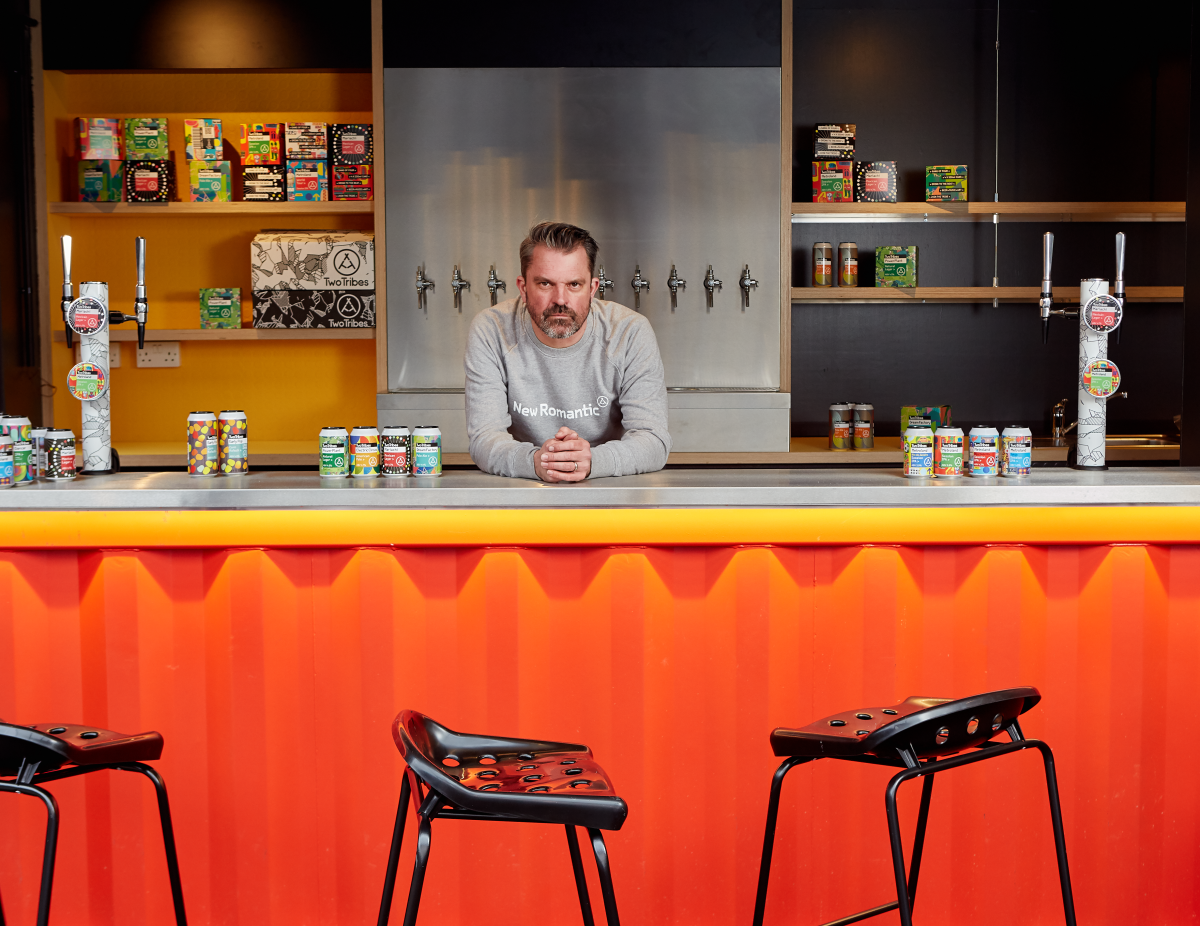 Prior to Two Tribes I had a lengthy career in music as a DJ, recording artist, and running record labels.

What made you make the move into brewing?

After a successful career in the music industry, I noticed similarities between the craft beer movement and the dance music explosion across the UK two decades earlier. Things were on a smaller scale, but more experimental, and it was really driving creativity. Home brewers were making a new style of beer and independent hospitality businesses were supporting it outside of the traditional beer market. As someone who’s always been a beer lover and a person who likes pushing the boundaries, I wanted to get involved.

Can you tell us more about the Two Tribes concept?

It started when I was asked to make a beer for Island Records. Two Tribes is Inspired by collaboration. That’s where the name comes from; we unite people, artists, musicians, and craft creators under one banner to explore what they can bring from their tribe to ours. It’s that simple…

What makes Two Tribes unique among the other London breweries? 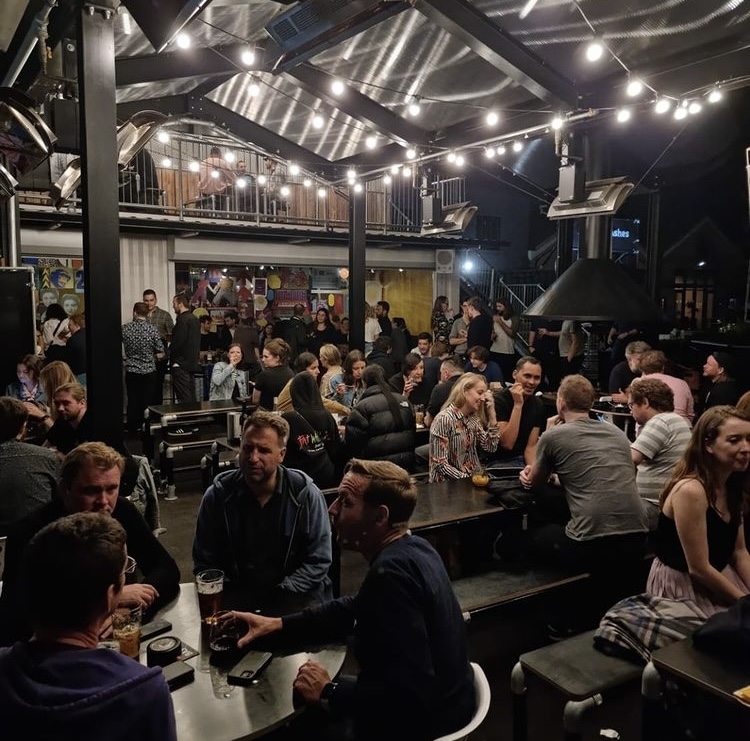 In a city with over a hundred breweries all scrambling for an identity, there will always be plenty of imitators. No brewery has the background and DNA rooted in music, culture, art, and good times that we bring to every single beer.

This isn’t just about what goes in the can or glass, it’s about the ideas, the people, and the tribe that have come together to build our brand culture.

What are the synergies between beer and music?

Music continues to be at the heart of what Two Tribes do. By my side in the business is my long-time partner and pal from the world of music, Leo Zero. We are obsessive about everything we do: always pushing Two Tribes forward in its evolution. Whether it’s weaving together ingredients, ideas, music, or artwork, we collaborate with everyone from DJs and musicians to Michelin-starred chefs. Last year, we even launched our own Two Tribes, 7’s Clash record label.

How does music tie into the brewery and taproom?

One of the things I love about Two Tribes is when our Brewers are in the full flow of a brew and the music is turned up loud in the brewhouse. There is always a real eclectic mix of tunes.

Our taproom is called CAMPFIRE, a fantastic space fuelled by fire pit cooking and DJ sets. We designed it from a whole heap of experiences from djing at festivals to eating at Hometown BBQ in NYC. It was the first of its kind in London.

How do you approach food at Two Tribes?

I have always had a huge passion for food and the artistry of a chef. I’ve been fortunate to work with some the best, and every one of them brings something different to the brewing process. Whether it’s brewing with Niklas Ekstedt to create a Scandinavian-inspired beer with Spring Elderflowers, or a WastED beer with Dan Barber using by-products from supermarkets. We always learn something new and the same applies to the chefs.

You’re known for your chef collaborations. What do you look for in a partner?

Someone who is always prepared to explore, experiment, and bring their passion to the brew.

What’s your favourite restaurant in London?

What makes a great taproom playlist? 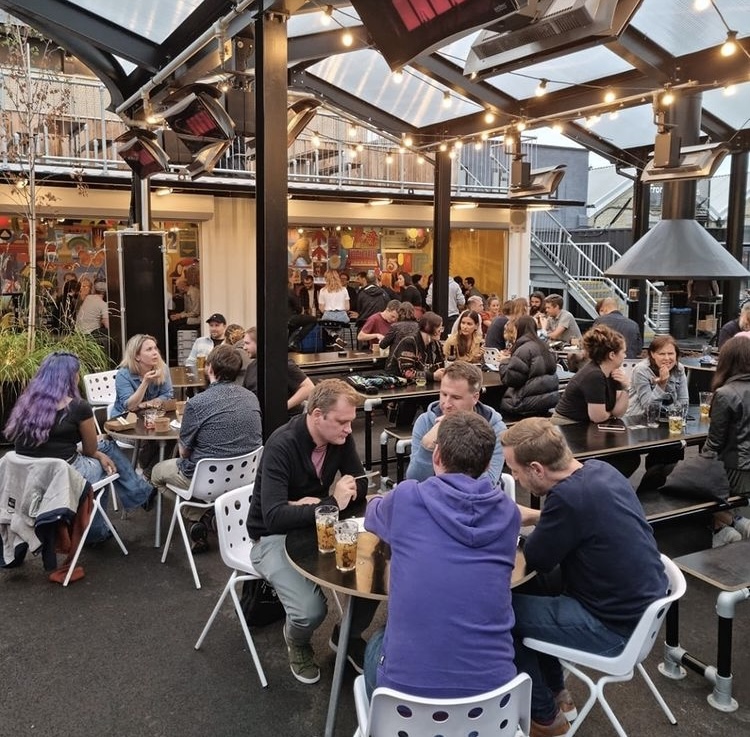 Depending on the day/evening you need to keep the customers engaged without dominating their whole experience. That’s why we value DJs and their ability to slide through genres to get the perfect rhythm for the vibe. We’ve adopted the culture of our time spent in Ibiza in the late 80s and DJs like Alfredo and José Padilla who would mix Pop, Classical, Hip Hop and House music together with no boundaries.

What are your plans for the future?

We’re hosting a series of guest chef takeovers at Campfire which celebrate the art of ‘analogue’ cooking over fire, called ‘Unplugged’. It’s a BBQ hosted by a massive culinary talent and all-round celebration of beer, food and music. Genevieve Taylor, one of the best in the business and someone we’re big admirers of, will be on the grill on 13th July. It’s a really great menu and, with the sun set to be out, it’s going to make for a great party.

Other than that, keep on evolving…