Hayley Quinn is the kind of girl you want to be. She’s not only smart, funny, and enviably gorgeous, she’s also the UK’s leading dating expert. I caught up with her at The Hospital Club in Covent Garden to find out just how she does it… 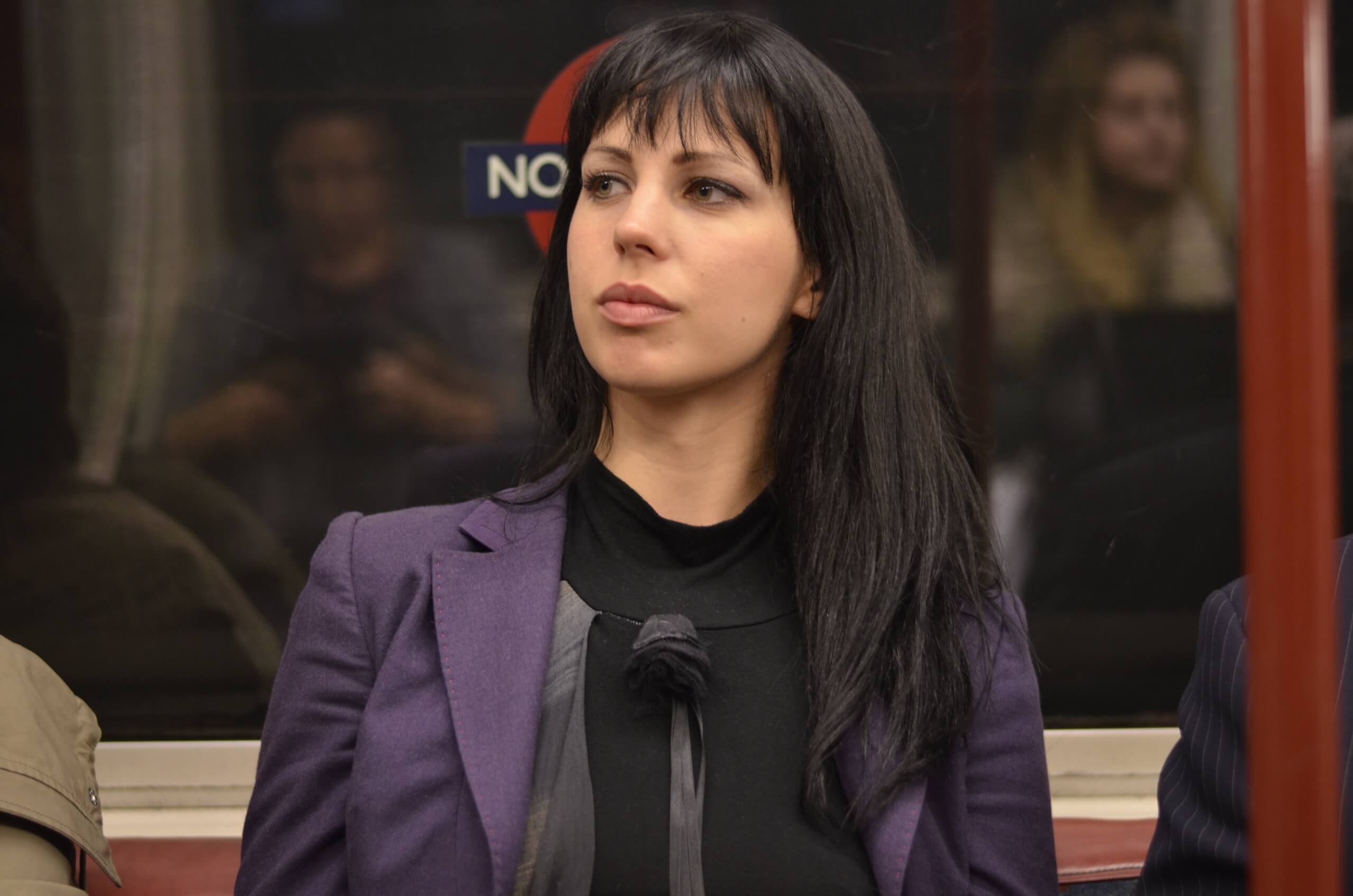 You first got into the dating industry when your angry tweets about The Game, a seduction manual for men, got noticed by a pick-up artist. Would you distinguish your career from a pick-up artist?

Massively. I think there are a lot of people doing good in the pick-up community, but it screws men up as much as it does a disservice to women. To preach that there is a perfect system for meeting someone makes men feel like they have to perform even more to women and it detaches them from women even further. Instead, I seek to enhance people’s normal communication skills so they can go out and meet the kind of people they want to date.

In The Game, author Neil Strauss announces from the outset that he is far from conventionally attractive- but then he goes on to prove that it doesn’t affect his dating game. How important would you say looks are for dating and relationships?

Not that important. And I think women need to realise that they’re not important because, as much as guys worry about looks, women worry about being judged on looks even more. Lots of female dating advice if you look at the ‘rules’ has wrongly emphasised women wearing tight clothing and losing weight in order to attract men. Really it’s usually about understanding yourself better, feeling more calm and settled and also knowing how to engage with people.

Generally, if you have good self-esteem, you eat a relatively healthy diet, you work out a bit and you dress okay- because these are just things that people with an well-balanced life do organically-then it will help. But you don’t need to be a supermodel in order to meet someone. If someone is comfortable in themselves, that’s how the other person will receive them.

Would you say that men experience attraction in a more superficial way than women?

Men experience more of an initial attraction. What I try and teach my guys is that attraction is a reason to go and talk to somebody but if they don’t feel a connection then they shouldn’t follow that through to a date.

Initial attraction isn’t always to do with looks. For instance, often uniqueness is beautiful. So if there are 100 people in the room, and they’re all dressed in black except one who wears red, it’s been proven that the person who wears red will be voted most commonly as the most attractive. Visibility is important.

Approachability is also key. Women have been conditioned to be too coy- if a guy that likes them smiles at them, it’s almost instinctual to look away or look at your feet. And so he thinks ‘oh she doesn’t like me’. Just being able to meet a man, gain eye contact and smile will increase your approachability factor which will make him more attracted to you. 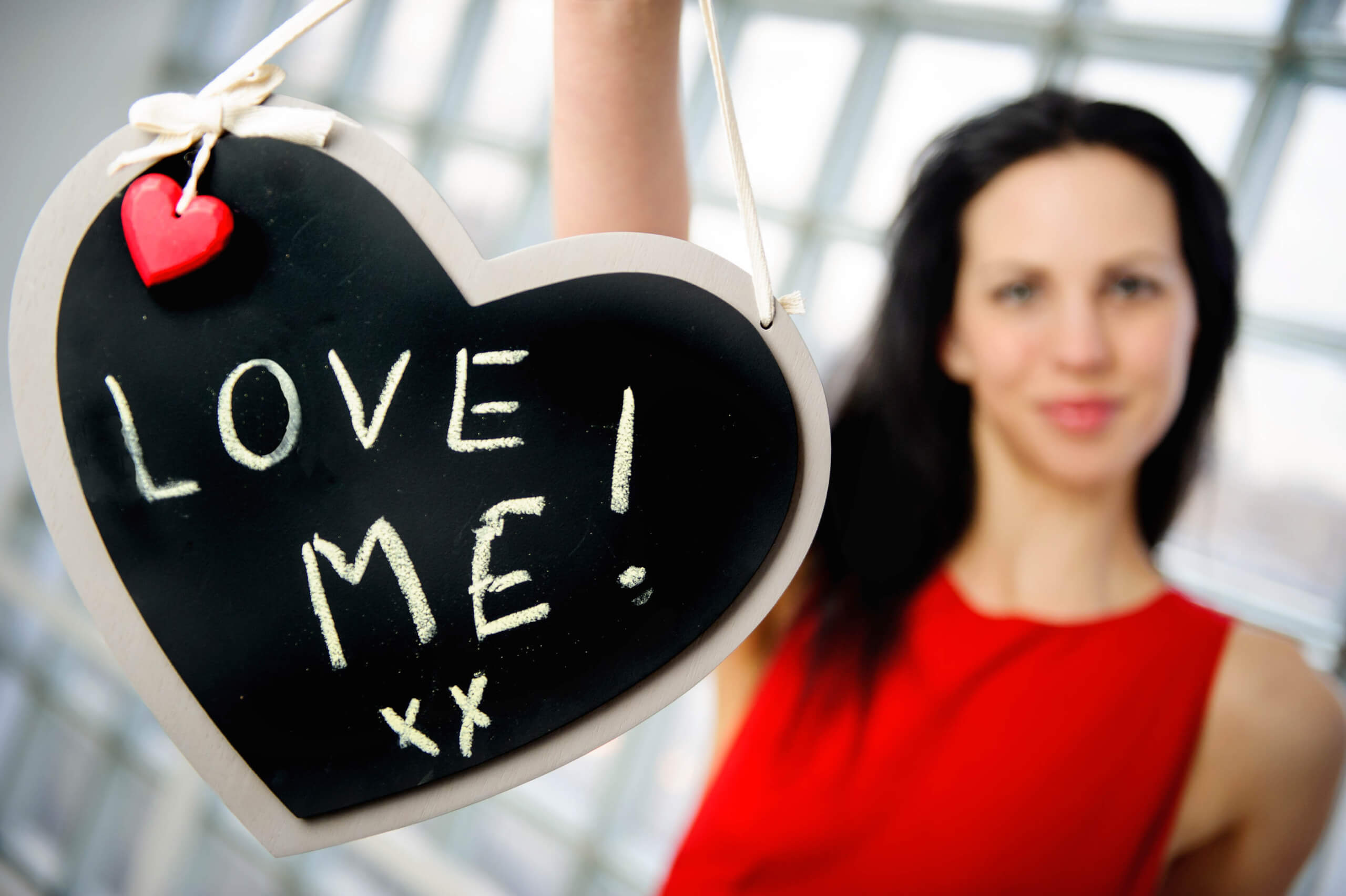 Do you think women are too passive in their dating life?

Yes! I’m against the whole ‘wait for them to call you’ stuff. I think if you want to ring him, ring him. I teach women to be proactive; that it’s not unfeminine to be forward. In fact, they’re just taking control.

Sex and the City taught women to realise if ‘he’s just not that into you’. Where would you tell your female clients to draw the line?

A person with a healthy strong self-esteem, while they’re happy to be proactive, should also have that boundary in place where they recognise if someone’s behaviour isn’t how they would like to be treated.

Lots of women are way too afraid of telling a man what they want. And if people don’t know what you want, they will generally do what they want, which means they might trespass on your boundaries. So you should be upfront about what your expectations are. 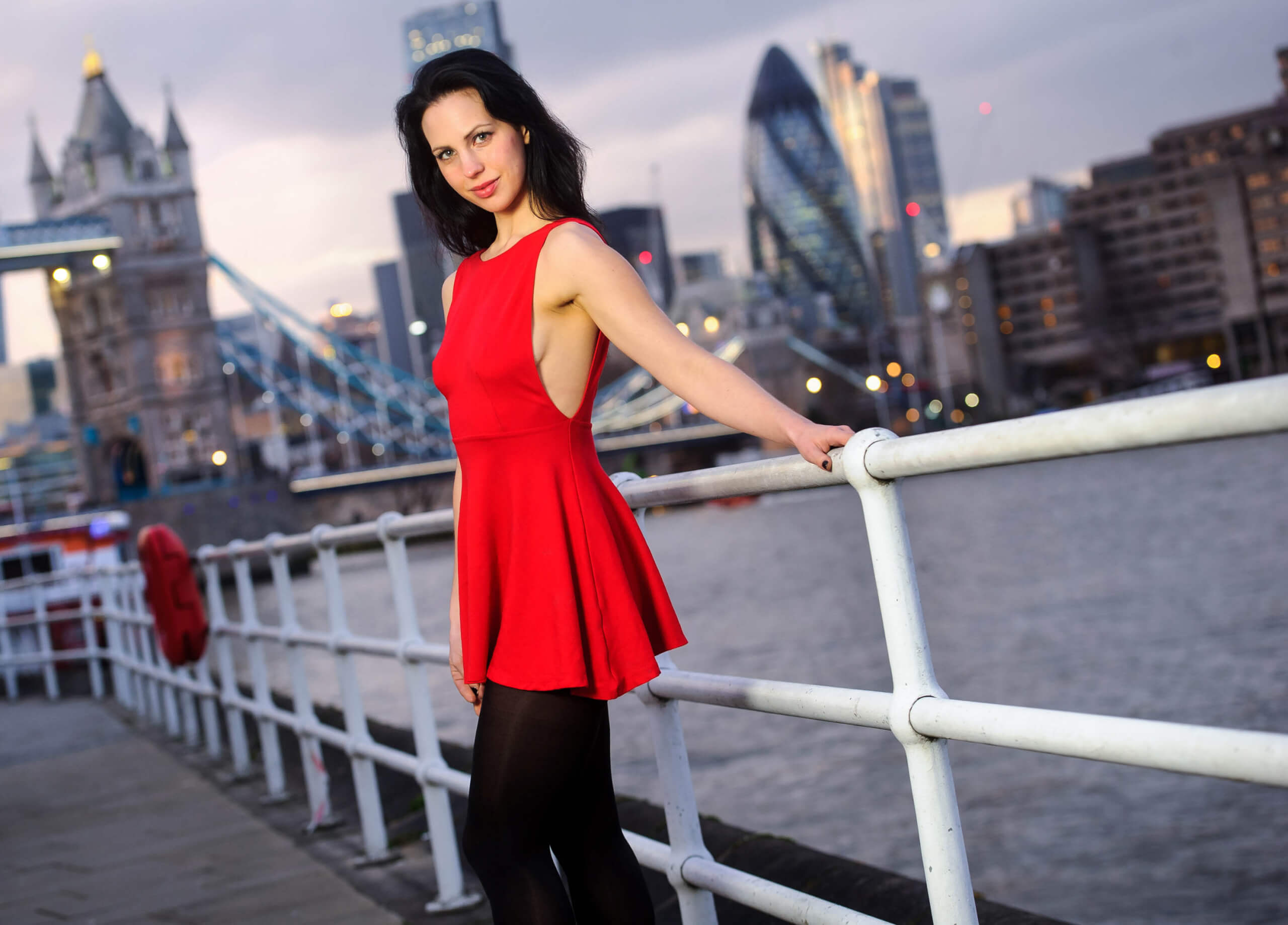 What other dating myths do you think hold women back?

The worst is the romantic comedy myth that one day, we will just turn a corner and walk smack into the love of our lives.

If you think about living in a big city like London, that doesn’t happen. People are in a routine and they work incredibly hard at their jobs. When they’re commuting their heads are down, they’re looking at social media and they’re not really engaging with the world around them. So people can be left feeling cheated that that magical movie moment hasn’t happened yet. But you have to be proactive in creating that reality for yourself.

So you believe that you need to work hard at dating, rather than waiting for fate to intervene?

I think the two things are connected. When you give yourself the kick to be proactive and when you say to yourself “I’m going to meet people and get back out there”, it changes your behaviour; it changes how you engage with the outside world. Then you create a space for fate to happen.

About Time is a publication concerned with how to spend your time in the most rewarding possible way. Where are the best places to meet someone?

You just have to be smart about it. If you get up early in the morning, commute to work, eat lunch at your desk, commute home, and then go out for a drink with a friend you’ve known for years, then it’s obvious why you’re not meeting new people.

You need to imagine the perfect person you wat to date, and then think: “where’s that person hanging out? How can I spend time in those places?” For instance, in London if a woman wants to meet a professional man in his 30s or 40s, she might want to look in the City or in the financial districts, or around Old Street where the tech industries are. Borough Market is a great area to go to eat, and then you’ve got the areas around the main commuter stations like London Bridge and Waterloo. If you target certain areas, it will probably be better than just randomly going to a bar somewhere.

What’s your stance on Tinder?

I say my clients can spend 20% of their time having an online dating presence, because if you are aged below 35, people will be on Tinder in your age range so it makes sense to have a presence on there. But if you’re going to do an app like that you should be doing it with a structure so it doesn’t end up dominating your life. And if you don’t want to do the hook-up thing, you need to stick to your own sense of how you want to use Tinder.

Something I advocate women to do on Tinder is something called a “pattern break”. Essentially, if you meet someone through Tinder, in a person’s brain it’s hard to distinguish how you are different from every other person they’ve met on Tinder. So, for instance, if a guy had three Tinder dates and then one date with a woman that he met in real life, he would value the last date more because of the medium of how he met that person. It makes them more distinct in the guy’s brain. So in order to distinguish yourselves from every other Tinder date he’s already been on, I would propose actively suggesting a different date. So if he wants to meet you for a drink at his local bar that he’s had 20 dates at already, you would probably want to suggest something different, like a tango class.

As a dating expert, what’s an average day in your life?

I don’t think there is an average day. I work with men and women and adapt each training course I do to suit their needs. One day I might be going to Croatia to go to a Full Moon party because a male client wants to explore the bachelor life, other times I might be out with a female client in the City teaching her to flirt with men.

Apart from the work I do with my clients, I do talks, interviews, and film a lot of YouTube content, like social pranks in order to prove interesting psychological principles to the people I teach. I’m also creating a secondary YouTube channel for women at the moment. My job is crazily diverse. 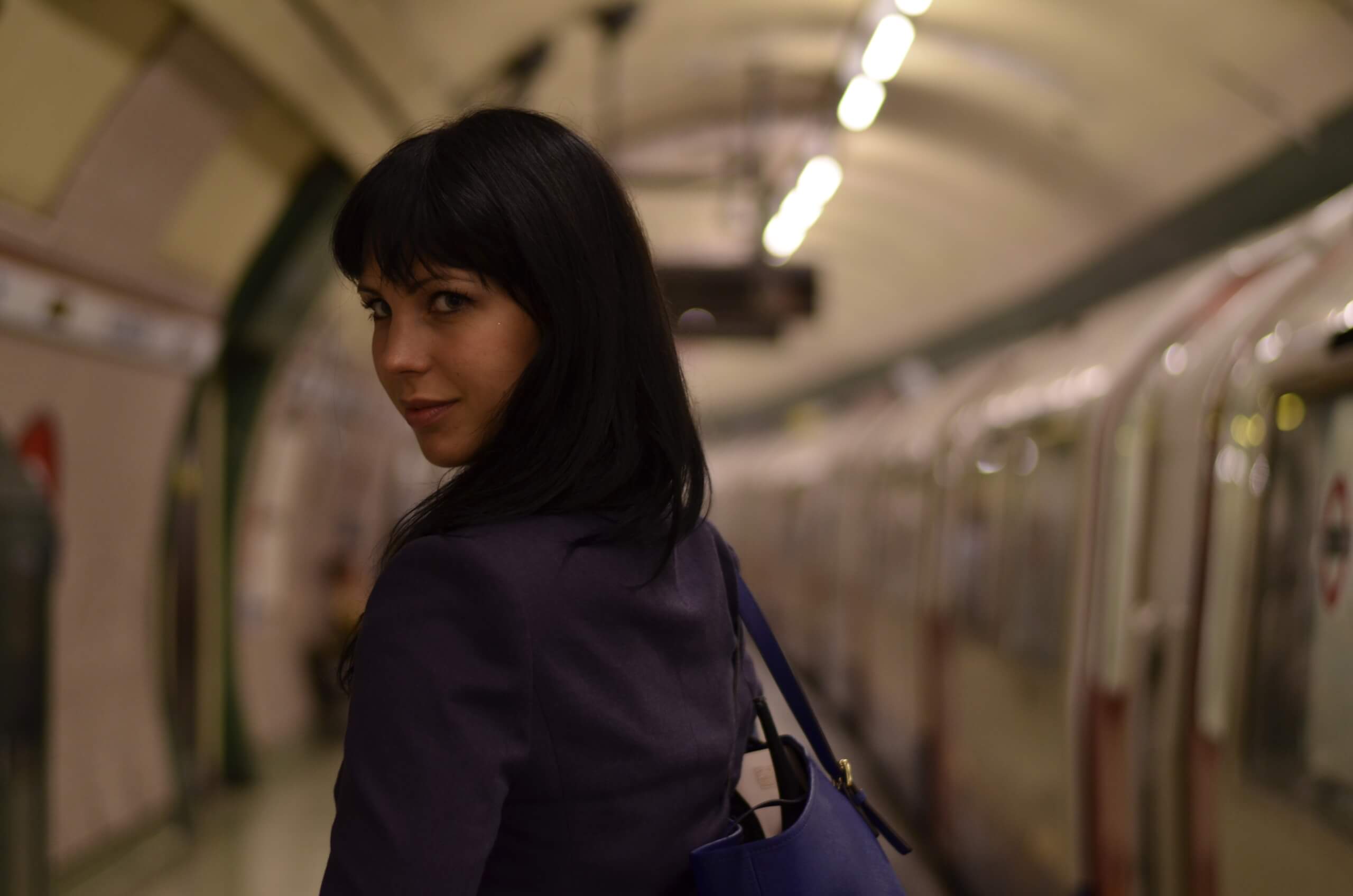 As a female entrepreneur, what advice would you give to a young women trying to start up her own business?

To be brave and to start. It’s like anything. You can wait until the right time, or the perfect moment, but often that doesn’t come and I’m a big believer in forcing the moment by taking a risk. I think risk, in all areas of your life, often equals reward and you build faith in yourself. Sometimes you do not have a complete plan. You may make a mistake, but pick yourself up and keep going. If you have a great idea and you stick with it tenaciously, then you are doing something right.

To understand what makes him tick and how to find him check out http://www.hayleyquinn.com/ 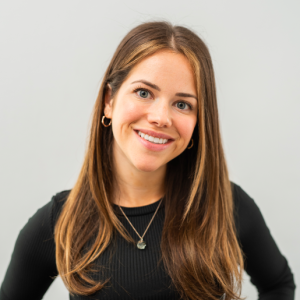 Francesca is Think Editor at About Time. A London-based freelance journalist and blogger, she counts her MacBook among her best friends. When she’s not gushing over Boston Terriers or sipping cucumber G&Ts, Francesca researches health, relationships and gender features. Currently studying for a Journalism MA at City University, she has written for Cosmopolitan and InStyle magazines. For daily eulogies about breakfast, follow her on Twitter @ChezSpecter