I’m sat in Bread Street Kitchen at the Atlantis, The Palm in Dubai. Recently opened, the restaurant knocks up some outstanding gastro pub food for hungry holidaymakers. I’m here to meet the man behind it all: Gordon Ramsay. Known for his cut throat, no shit attitude, the man takes no nonsense in the kitchen. He has an army of award winning cookbooks under his belt, three Michelin stars, countless restaurants and a fine array of cracking TV programmes. We sit down to talk Bread Street Kitchen, brunch and vegans: 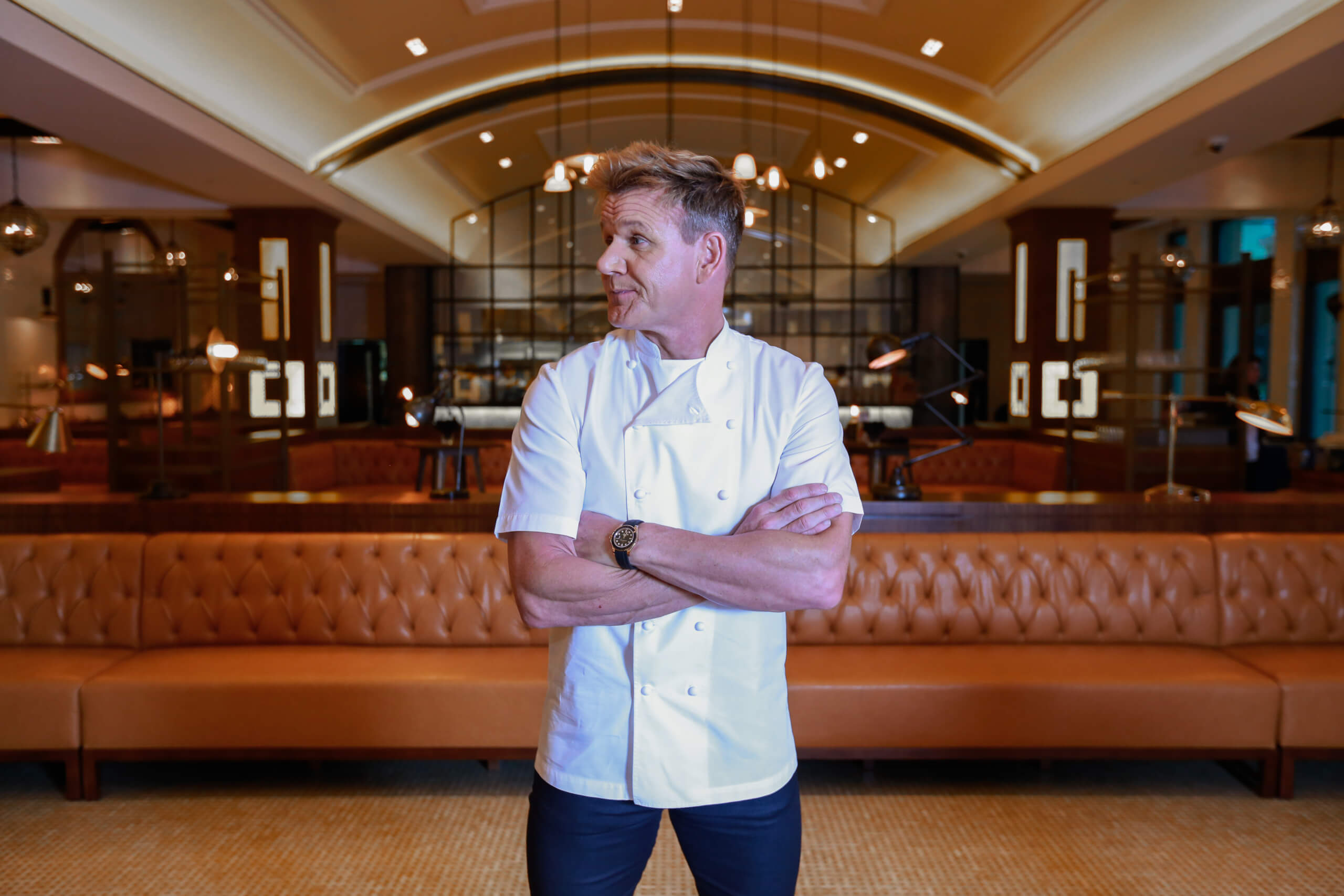 You look good at the moment. Do you have a special diet when you’re training for the Ironman?

When you’re training that hard, such as 7-hour sessions, you can literally eat exactly what you want. I treat myself and I think you need to, when you discipline yourself to a 5k swim in the morning or a 20k run after work or a 6-hour cycle on a Saturday. I’m good at feeling pretty OK about eating anything. And I go down to 13 stone which for me, at 6ft 2, 13 stone is quite light. I’m very good at taking two or three mouthfuls then stopping rather than finishing the whole thing, so I’ll eat a bar of Dairy Milk, take two chunks out of it and throw the rest away quickly. That’s how I get through.

‘I’ll move on the Bread Street Kitchen questions’, I say. 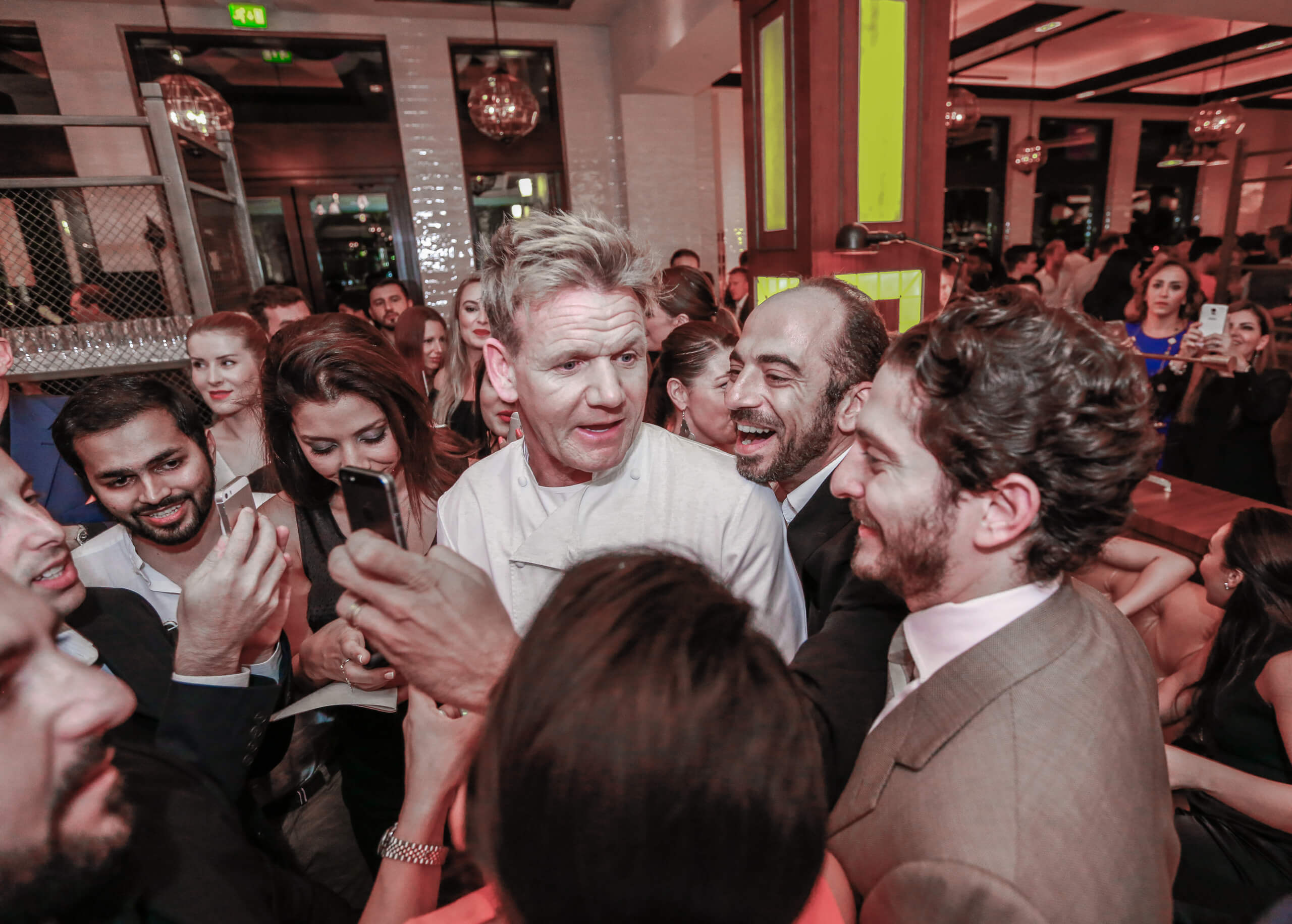 I ask (in my eyes, an important question): ‘are you a cod or a haddock man?’

‘My Dad calls cod dustbins of the sea’, I said.

I see fish and chips is a welcomed break from questions he’s been answering all day long. The interview is turned – now it’s my time in the spotlight for a brief moment.

‘Crispy on the outside, soft in the middle.’

I ask a burning question ‘How do you feel about scraps?’

‘I love scraps, I grew up with those things. They were the best part of them. Fish suppers in Scotland, we used to share them between four of us. Mum and dad used to get two, one for them and one for the four of us.’

‘Scraps in bread and butter is the best’, recounting my childhood days of fish and chip Friday. My mum lives with one motto ‘No one should cook dinner on a Friday.’

‘And call them and idiot sandwich’ I replied.

After our brief interlude on one of Britain’s best loved dishes, we move on to what I’m here to talk about.

Why did you decide to bring Bread Street Kitchen over to Dubai and not one of your other restaurants like Maze? 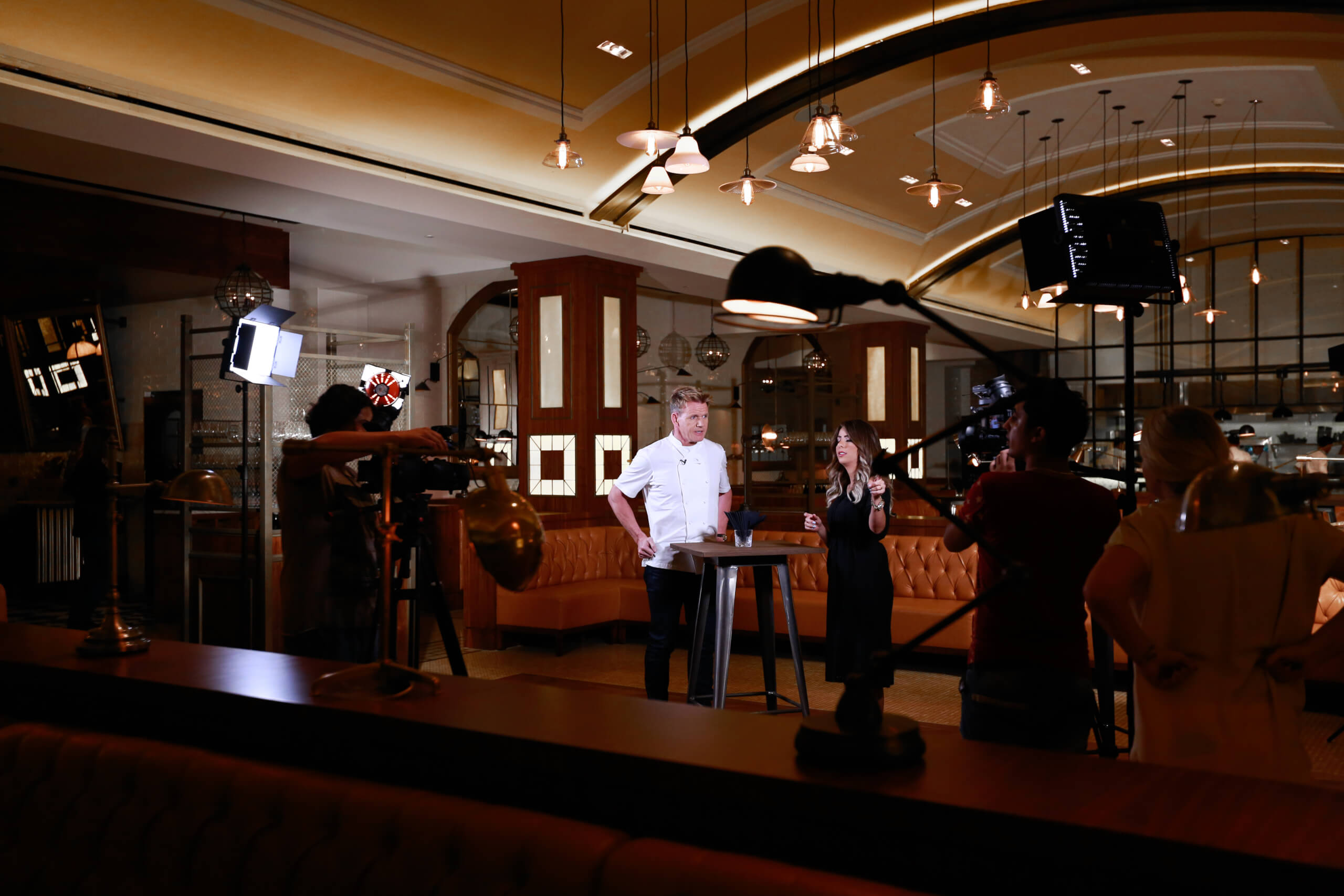 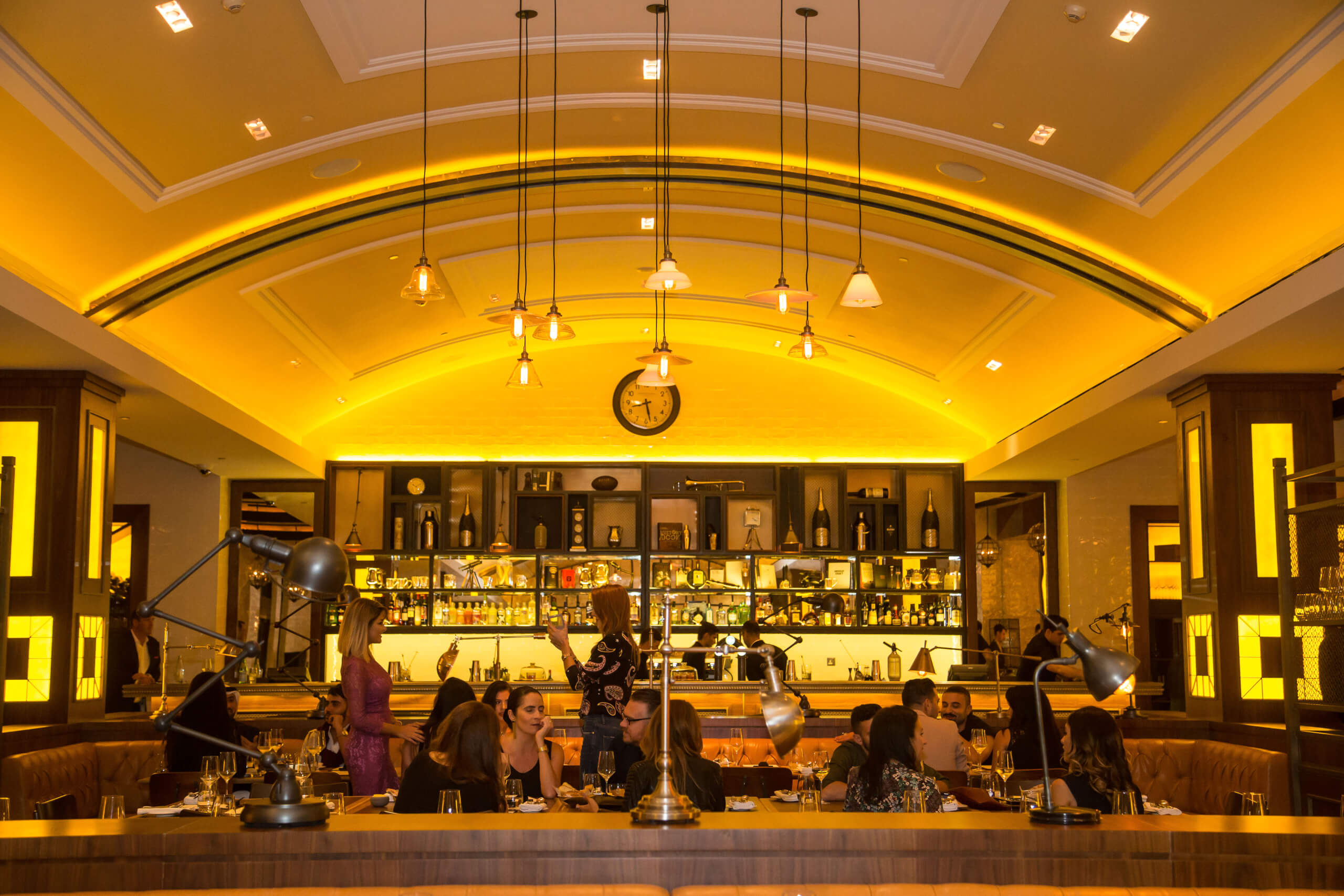 So, Bread Street Kitchen is a combination of East End cool Britannia meets Manhattan; a boisterous, theatrical movement. The space lends itself more to Bread Street than anything else. I opened up here in 2000 and closed down 10 years later, I said no to the other opportunities for two years whilst we were repositioning and regrading up. Singapore was a massive launch for us, it’s a big hub out there and Hong Kong was an amazing launch too.

Nobu, when you think of Nobu, you think about a level of Japanese cuisine with a cool twist, and I think Bread Street is all about the British vibe.

Why do you think British food is so popular abroad?

I think it’s partly to do with the expats feeling less homesick and I also think it’s to do with the culture of, deep down, how good British food is. For many years, especially in the 90s I couldn’t keep my mouth shut – I knew that as I got my arse kicked in Paris – we weren’t allowed to talk about English food as it was like an embarrassment. Now, it’s prolific. I see that in the states – fish and chips for example.

What advice would you give to young budding chefs who want to make it in the food industry? 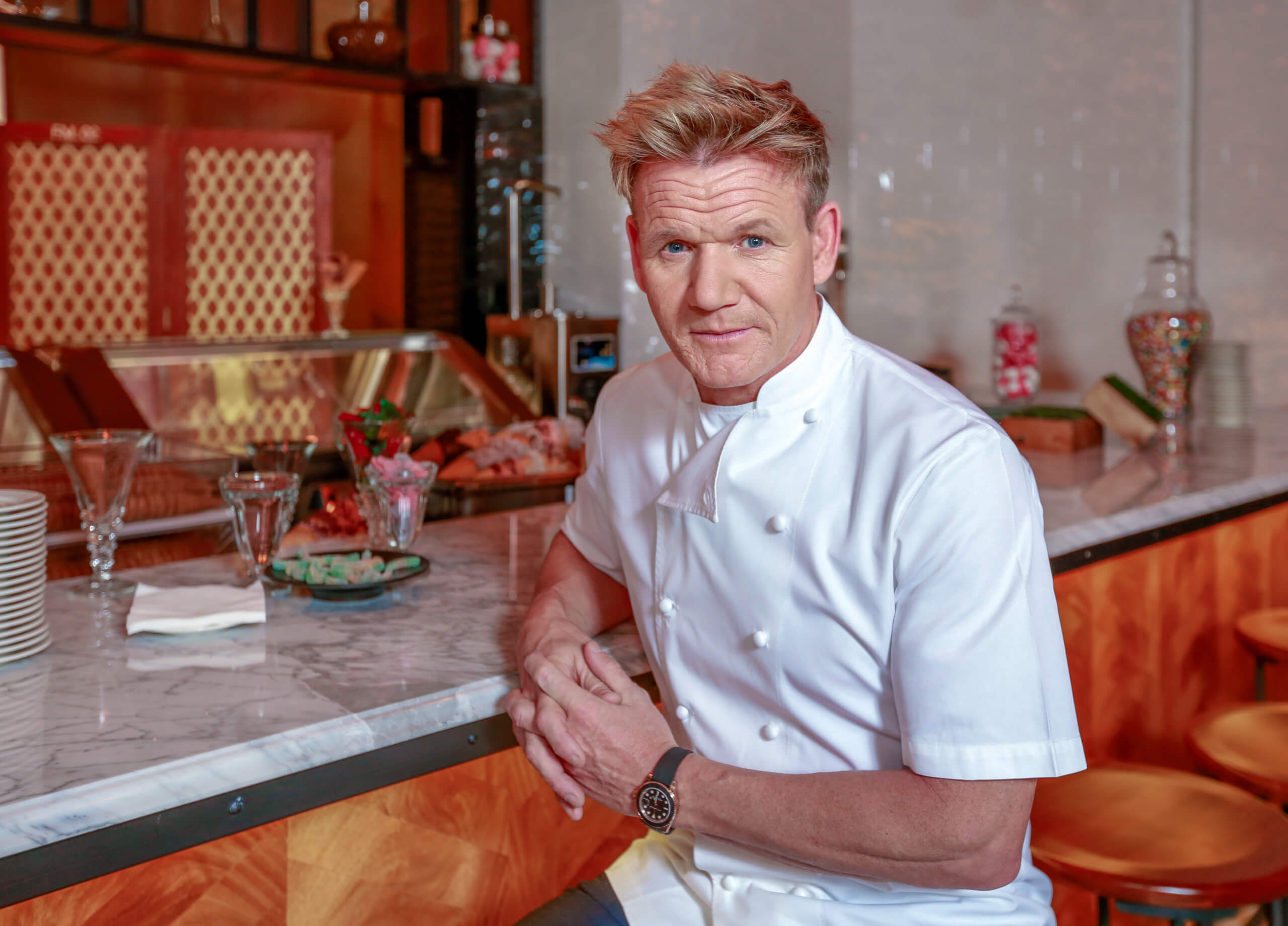 When you stay in one place for two long you get stale, you end up doing the business more of a favour than you do yourself long term. Top doctors in the world study for 10-12 years, best lawyers study for 9, chef are exactly the same and you can’t underestimate that. And so you need to be like a sponge. I always say 12 to 18 months and then get out. Get out of your comfort zone because the minute it’s all of a sudden nice and easy, working time is nice and you go home on time. Knowledge, knowledge, knowledge.

Second language is critical. I ended up in Paris when I was 21, I didn’t have a pot to piss in, I couldn’t speak a word of French and all of a sudden I wanted to submerge myself in that culture and become French, and that gave me a huge amount of confidence. And stay vulnerable, and by vulnerable I mean master of what you are doing, but get edgy. When you get edgy, that’s when the level of creativity gets to its highest which you can’t get from a book. Whether it’s  Korean-style, Vietnamese, modern French, the latest tapas bar anywhere in the world – we’re in there, watching it, tasting it and learning from it. Knowledge: crucial.

You’ll come to a stage in your life when you’re in your thirties, when you won’t have time to shut down for six months and travel across Asia and there will come a time when you have responsibilities outside of your career that you have to attend to first. So, 18-30, those 12 years are critical as a sponge. Forget about earning money, knowledge will make money come in 10 times more than anything else. 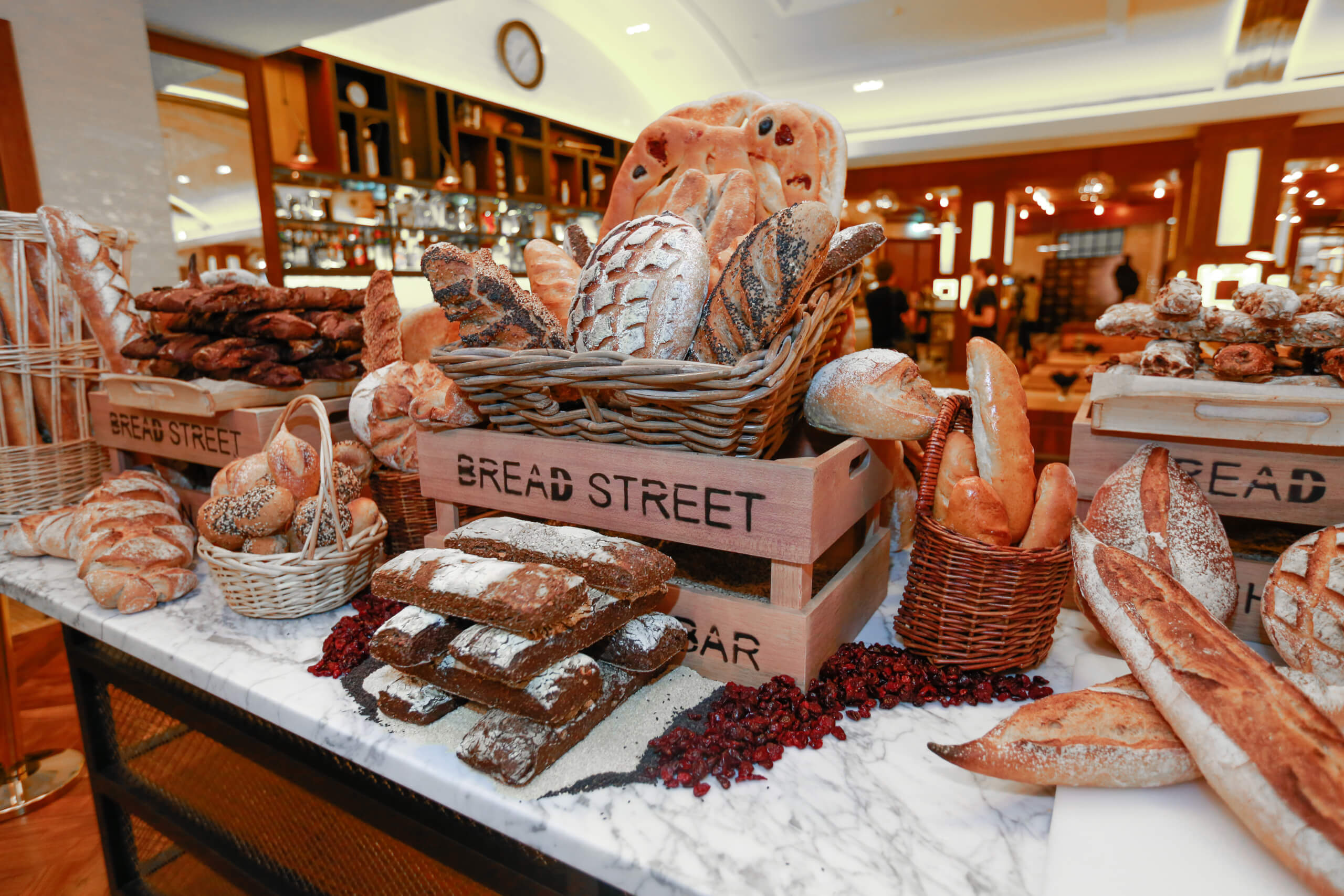 I think it’s an excuse to end the week and start the week with an accessible lunch which has the party atmosphere of New Year’s Eve. I also think it’s a way of  indulging in the best steak and eggs or an Eggs Benedict with that incredible Hollandaise sauce. It’s just an indulgence I think, but it’s a very sociable scene now. We announced lazy brunch at Bread Street Kitchen in London and the kids eat free, it wasn’t about making money off five year olds, it was about incorporating that family style eating with a bit of fun really. It was a thoroughbred in the 80s and 90s – Sunday brunch and the buffets. Now we have artists playing the most amazing music and great cocktails. It starts at 11am and finishes at 5pm in the afternoon – now that’s what I call a brunch. Here, it’s going to be legendary; this place is going to be like a party scene.

What do you think the next big food trend is? 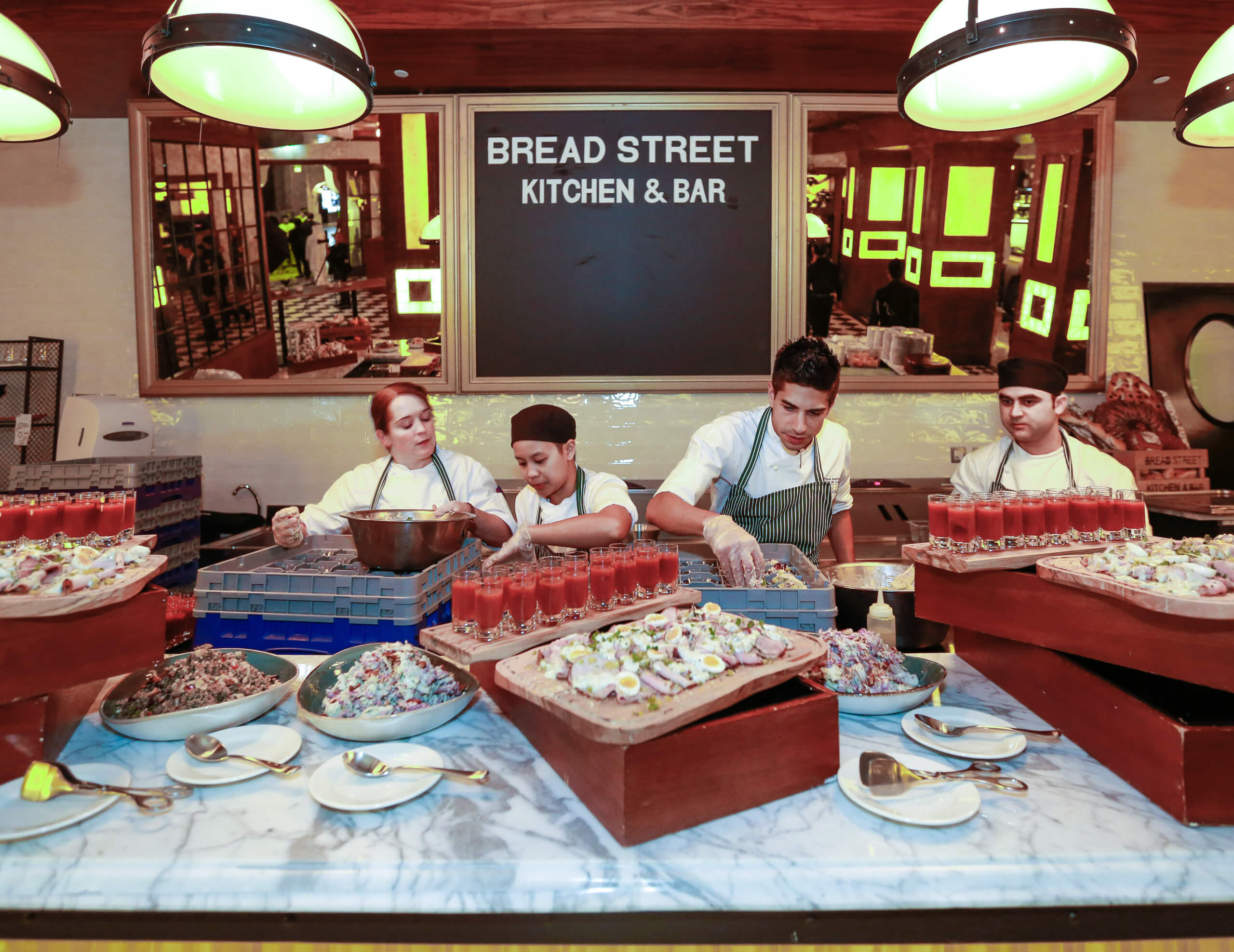 That’s a good question. The whole street food phenomenon is massive in Paris and now it’s here in the UK. Everyone has started to go down the whole raw style, it was all about the juices which has become a little bit passe. The next trend for me would be a lot more cooking with very little cream and very little butter, which makes you work harder of incorporating the flavour. Is that a trend? No, that’s the cleverness of the chef. The next trend, that’s a tough one. The kale phenomenon has been done. I say it’s going to come from an Asian influence, maybe Cambodian which we haven’t seen much of yet.

The whole Vietnamese has gone crazy, Chinese is massive but there is something really exciting and quite raw about Cambodian food. It’s very Portuguese, with a heavy French influence. I think the next trend has potential to be amazing Cambodian cuisine.

What do you feel about overly-concept restaurants. Recently there was ‘restaurant in the sky’ where you eat around a table 25ft in the air?

I couldn’t think of anything fucking worse. Why would I want to go in the air to sit with a bunch of strangers and shit myself whilst being strapped in a harness eating food.

It’s like you’re at Alton Towers, but you’re not going anywhere

I do that when I’m in an aeroplane.

How do you feel about people cutting out certain food groups, who aren’t even intolerant. Gluten-free, for example?

Luckily, I don’t tend to meet any of those freaks. Thank goodness.

Can you ever trust a vegan?

I mean, I’ve never known one, I’ve never dated one and I have no interest in dating one either.

I went on a date with a vegan once

It was so bad.

Chat then turns to my dating life.

What did you do to him?

It was so bad, first of all he ordered a vodka soda with a straw. A straw.

Did you kick him in the nuts?

His chat was so bad

Did he pay for dinner?

We didn’t even have dinner, it was just drinks!

That’s terrible. Did his mum come with him?

He said that he ate cheese-less pizzas, that’s just bread and tomato sauce. I then couldn’t be bothered anymore so I asked him his favourite service station.

Did he say Heston?

My mum and dad couldn’t afford little chef, we had sandwiches in the car, egg sandwiches as well. Did he last longer than the juice cleansing diet that lasted four hours?

We finished on a quick fire round. All the hard hitting journalism questions. 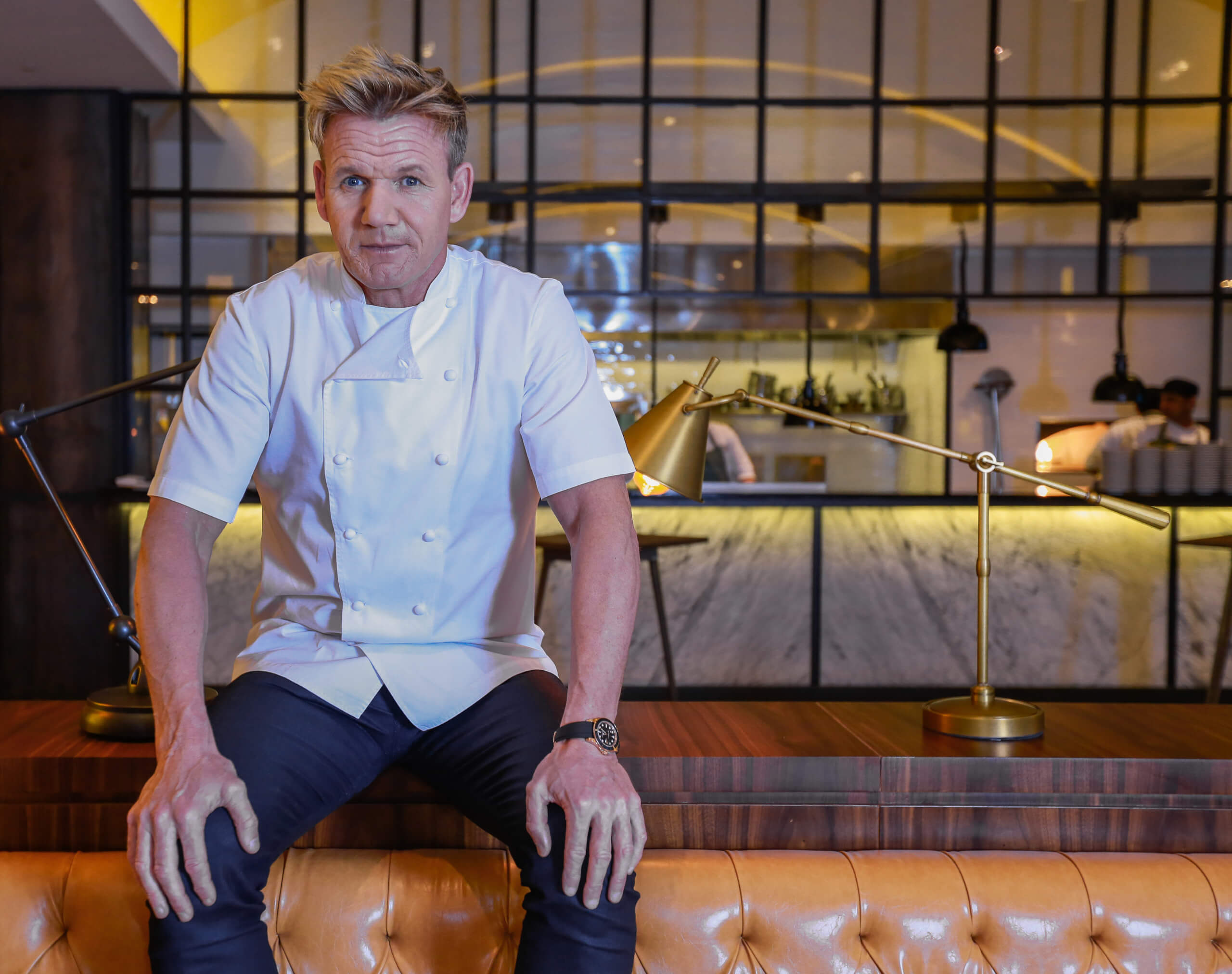 Favourite dish as a child?

My mum’s bread and butter pudding

Pork, chicken, lamb or beef on a Sunday Roast?

Make it the day before and store at room temperature.

Advice you’d give to your younger self?

Beans on toast or scrambled egg on toast?