Gizzi Erskine isn’t scared of cooking up a storm. There’s brass behind the beehive; the beautiful chef has spoken out about everything from our obsession with gluten-free to the need to eat meat, and she’s become one of the UK’s most loved celebrity faces of food. Chef, presenter, TV personality, author, there’s nothing this girl can’t do. We caught up with Gizzi after the launch of her latest cookbook, Gizzi’s Healthy Appetite, to meet the woman behind the cauliflower rice.

So, Gizzi, what inspired Gizzi’s Healthy Appetite and what can we expect from the book?

Social media was making me down. I was seeing hashtags associated with food that made food seem so clinical. #eatclean #fitfood make food sound entirely about what your food does for your body, but there was a disassociation with how food makes us feel.

Initially eating clean meant to eat whole foods with no preservatives, which is entirely my ethos and has been forever, but all of a sudden I was seeing it taken to the next level. Next to the eat clean hashtag you’d see #wheatfree #glutenfree #dairyfree #vegan #sugarfree and I was asking myself why the masses needed this information.

The allergen thing is so huge at the moment, but the reality is that a tiny percentage of the population truly have real allergies and an intolerance is a word that opens up a huge can of worms.

Do you think we’ve lost our sense of what healthy truly means?

The front runners of the health writers preaching this information often are intolerant to certain foods and often diagnosed by naturopaths who are generally not scientifically backed. Now, I do believe diet can change your health. I bought myself back from a severe case of candida in my gut from diet and I’ve seen evidence in severe illness such as cancer treatment, Crohn’s and coeliac diseases to name but a few.

We’re talking about a large percentage of people not really understanding the full affect of why they are giving up whole food groups.

How can we be healthier?

I believe in nourishing the body with good foods, with high nutritional content, I believe that many foods through mass production, have lost quality, so we need to be buying from better sources. Try and tackle mass production of food in those groups but then fill up on all the good stuff like vegetables, fruit, seeds, good oils and dairy. I am pro good quality wheat and dairy for sure. 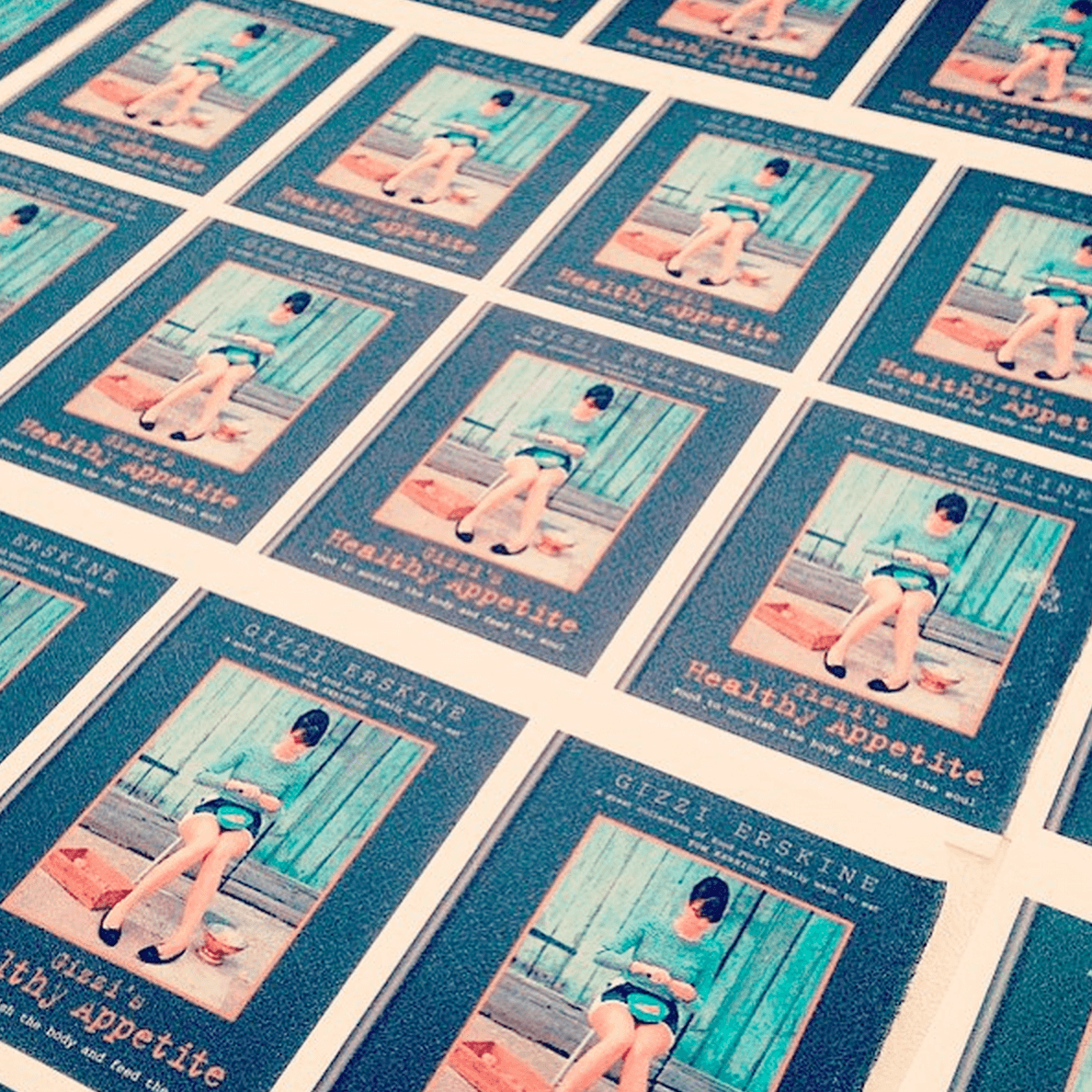 The book was aimed to try and absorb the can of worms that is the new health industry and give people a realistic and delicious alternative where nothing was out of bounds with a few rules, with flavour and the love of food being re-introduced into our diets.

I want to start a revolution against exclusion diets for the masses.

What’s your favourite recipe in the new book and why? 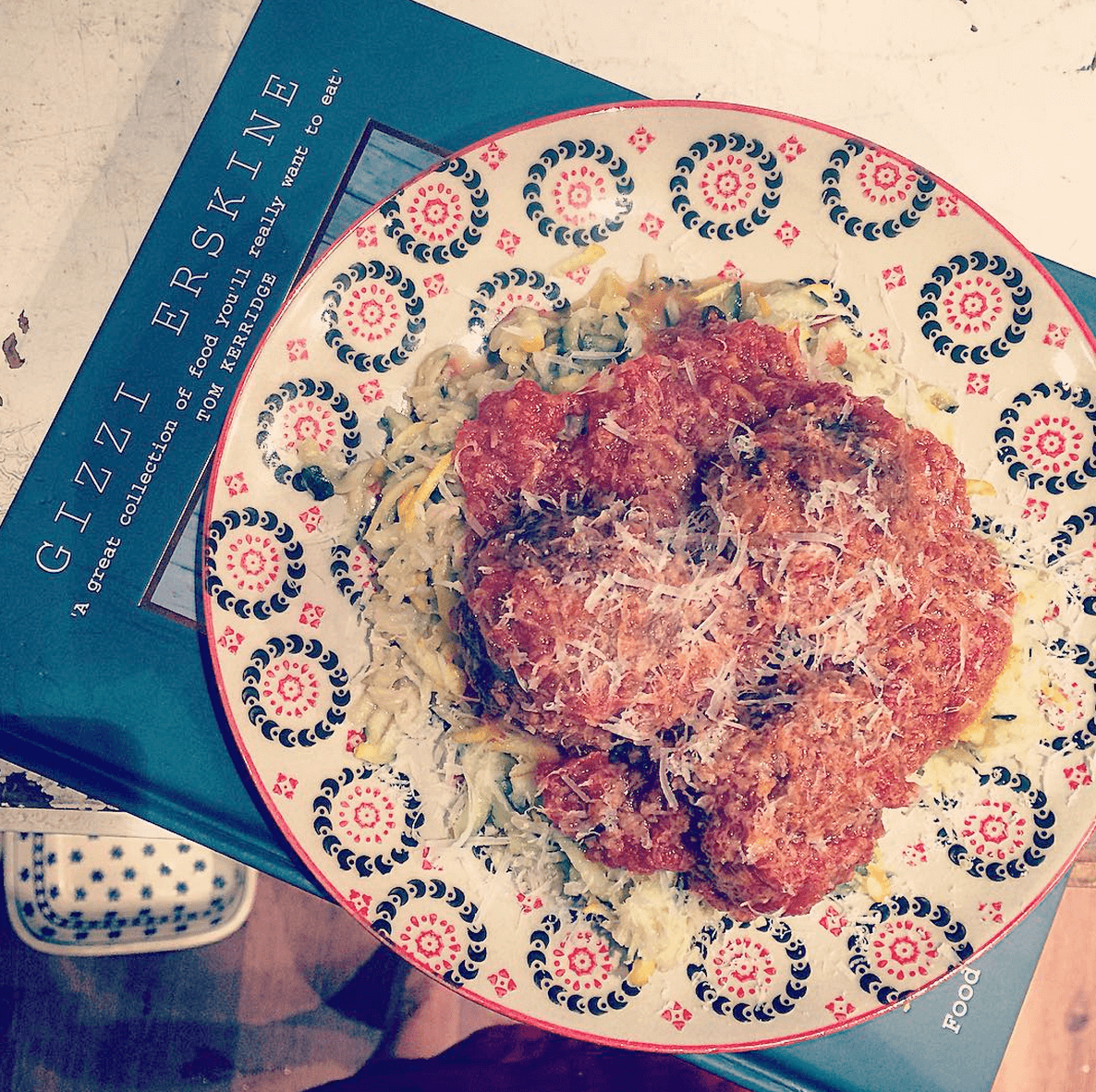 Too hard a question. I think the two healthier faster meals that are pretty radical are the crispy chicken with satay sauce and marinated vegetable noodles and the charred cauliflower with curried hummus are the healthiest.

The black pasta, with clams and n’duja and the veal tail ‘osso bucco’ are my fave ‘healthier appetite ones’ and for pudding the black velvet cake is a game changer.

Simple. Be more considerate 80% of the time and you can just do what you like 20%. You can take it further by increasing your veg intake by 20%. Taking 20% less carbs and protein off your plate. Small changes make the biggest difference.

We see you’ve got a bit of a thing for cauliflower rice. What’s best to serve it with?

I like it as it is, but feedback from the book says you need to try the cauli rice kedgeree.

If you’re cooking a dinner party for friends, what’s your go-to dish that’s quick and easy, but still impresses? 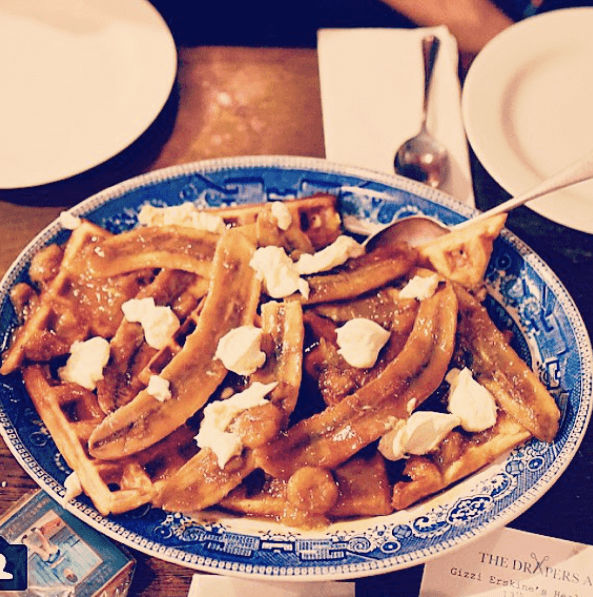 Oh god. I hate this question. The truth is I see what I fancy on the way home or what I have in the fridge. I’m a hopeless case when it comes to organising myself. I’m happy serving a whopping bowl of pasta and a side salad and not into the whole 3 courses vibe.

If I had to choose I’d say the ceviche with yuzu from the book with the crispy duck and watermelon salad. Then the waffles with pineapple jam, bananas foster and vanilla ice cream for pud.

We’re on a bit of a mission here at About Time to get rid of the phrase ‘Eat Clean’. What’s with all the stigma towards gluten?

Uuuugh. I can’t even go into it anymore. Mass production means shit wheat. Shit wheat means shit gluten. Let’s all invest in less but better produce and get out of this crazy culture of overindulging to the max.

If you could click your fingers and be in any country right now, where would it be and why? 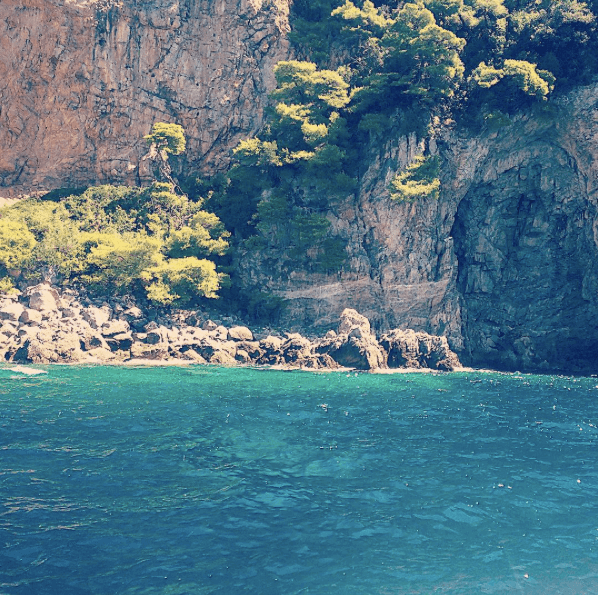 I am in Croatia right now with my fella (Jamie from Klaxons) it’s a break we’ve been dying for for so long and finally both schedules aligned. We have crystal seas and terrific seafood and 30C heat. I’m vibing on this. 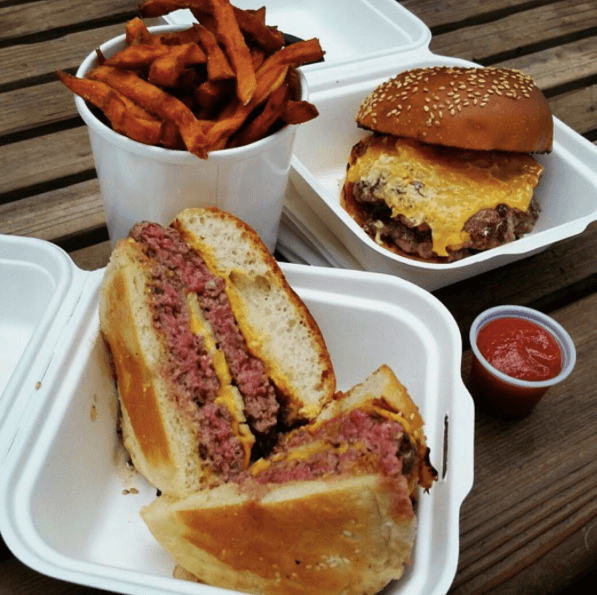 My house. I make an epic Greek or Mexican breakfast (the Greek gigantes is in the book).

London’s best coffee can be found at:

I don’t know. So many in Shoreditch where I live. I’m not a coffee snob.

If I was to have one last meal in London, it would be at:

Oh god. Again so hard. I want oysters and crab and roast beef when I die so instinctively Id say BEAST because it does all these so well and in a feasty way but to be honest Id probably go to Brawn. My local.

Ed’s food is the best and so long as I have some oysters, his rillettes and some chilled Beaujolais I’d be quite happy.

London’s best Bloody Mary can be found at: 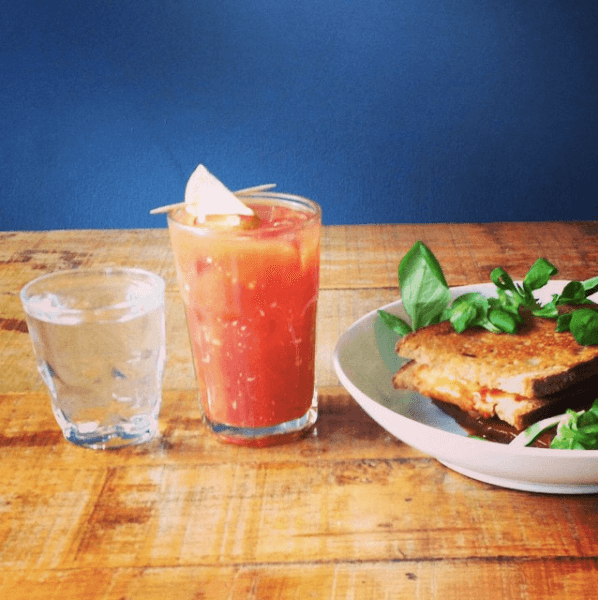