Last year, George and Hugo noticed something brewing in the drinks world. Hard seltzers were thriving in the drinks scene, offering a lighter, refreshing alternative to sugary cocktails and moving away from middle-of-the-road canned concoctions. After leaving their 9-to-5 jobs, they set up Long Shot – and months down the line, they bagged their first Great Taste Award 2020 for their delicious Raspberry and Blackcurrant Hard Seltzer. We chatted to the duo about founding their business, their all-natural drinks, and future plans for Long Shot:

Can you tell us a bit more about Long Shot hard seltzer? 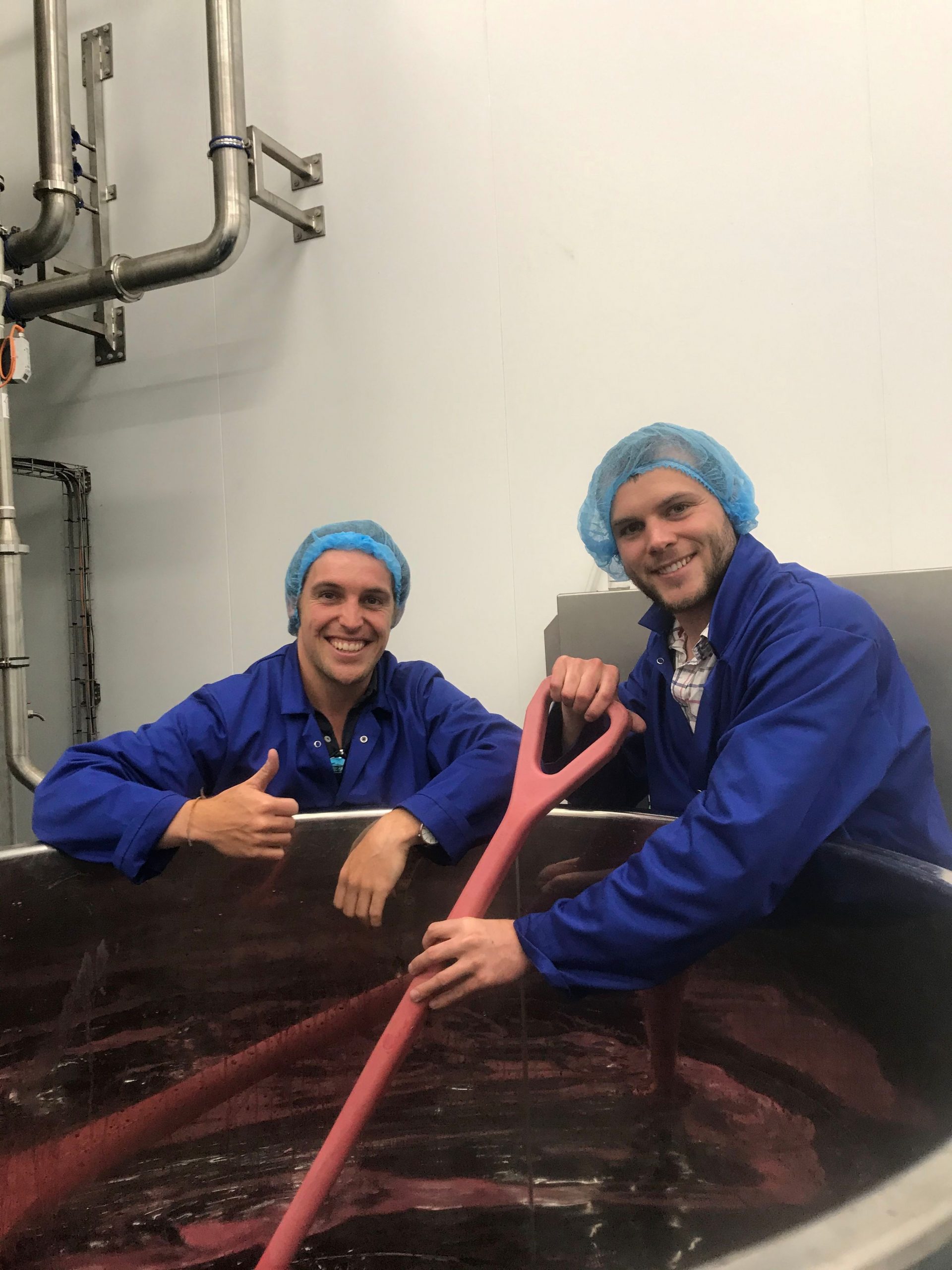 Long Shot was created with blind optimism and simplicity in mind. We believe that alcoholic drinks have far too many ingredients, most of which you’ve never even heard of. We discovered some amazing hard seltzers in the USA last year but felt that they had too many artificial additives and with unrecognisable flavours. So we decided to create our own hard seltzer made using locally sourced, real fruit juices instead.

You both left your corporate job to jump into this industry, can you tell us what happened?

Hugo was working as a Chartered Surveyor in London for 3.5 years before seeing hard seltzers in the USA. Hugo had no experience of creating drinks but didn’t let that stop him because “that’s what Google’s for right?” George on the other hand had worked in the drinks sector for a few years having worked for a number of craft breweries. When George heard Hugo was setting up a new drinks company he quickly jumped on board too. 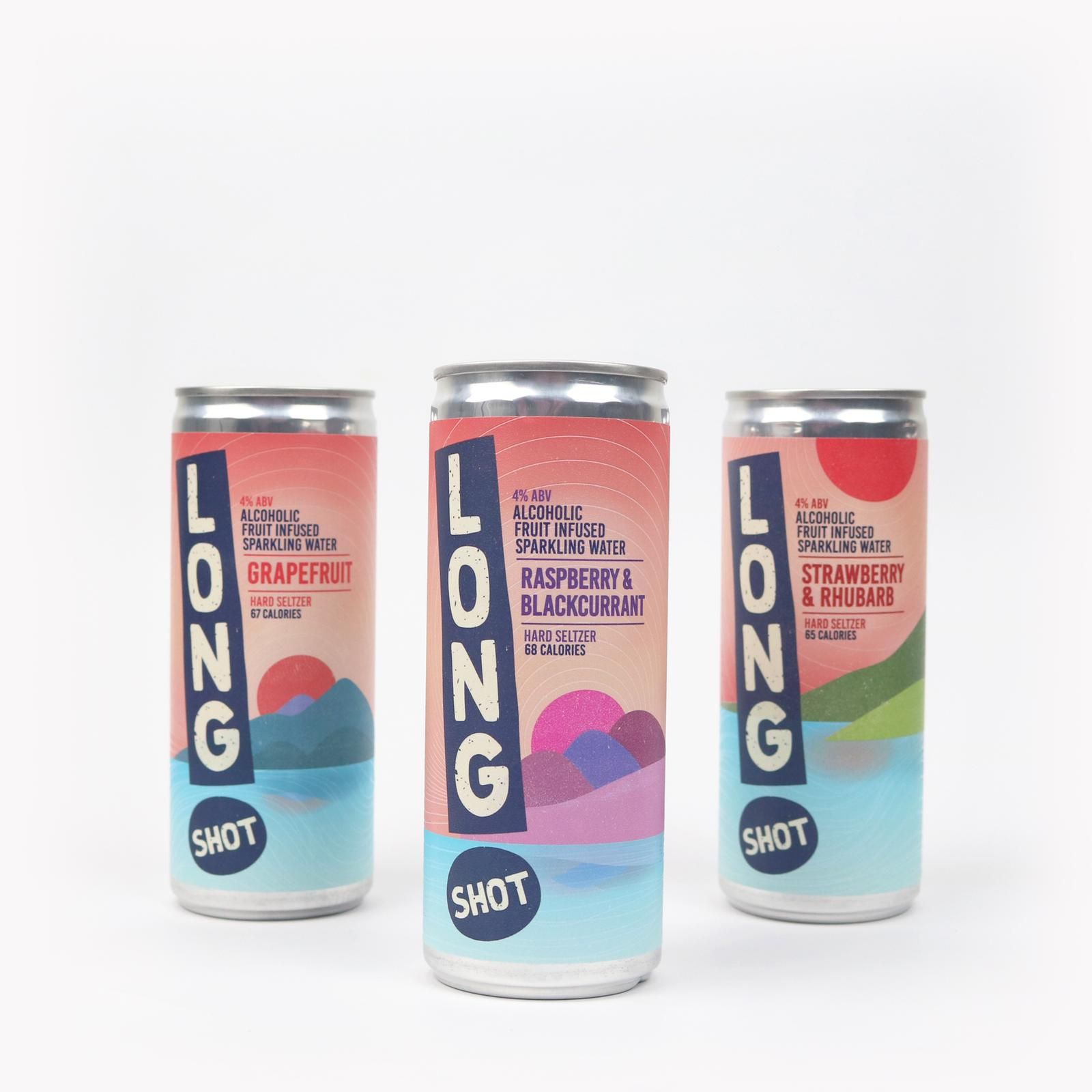 We know that everyone gets so busy with their daily lives that they can sometimes forget to follow their own dreams. Life is what you make of it, so we decided to take a long shot on a new drinks concept and make our own company – which is where we get our name from. It’s also conveniently a long can, with shots of alcohol in it.

Hard Seltzers are the liquid version of all current health-conscious trends we’re seeing in food. Its low sugar, vegan, gluten-free, keto friendly and under 70 calories. We knew it had been successful in the USA but we felt that people over here would be more open to a British version rather than White Claw.

How’s Long Shot differentiate itself among other hard seltzers?

We only use 4 ingredients in each can, which are all-natural. We also use real fruit juices to flavour our drinks compared to artificial ingredients and extracts, which are nearly all sourced here in the UK.

We also choose to state our nutritional values on the side of the can. Strangely it’s not the law to do this for alcoholic drinks, which we think is crazy. In a time where consumers are becoming more and more aware of what they’re putting into their bodies, alcoholic drinks are still rammed with sugar and calories. Well, fear no more.

How has the pandemic affected your business? 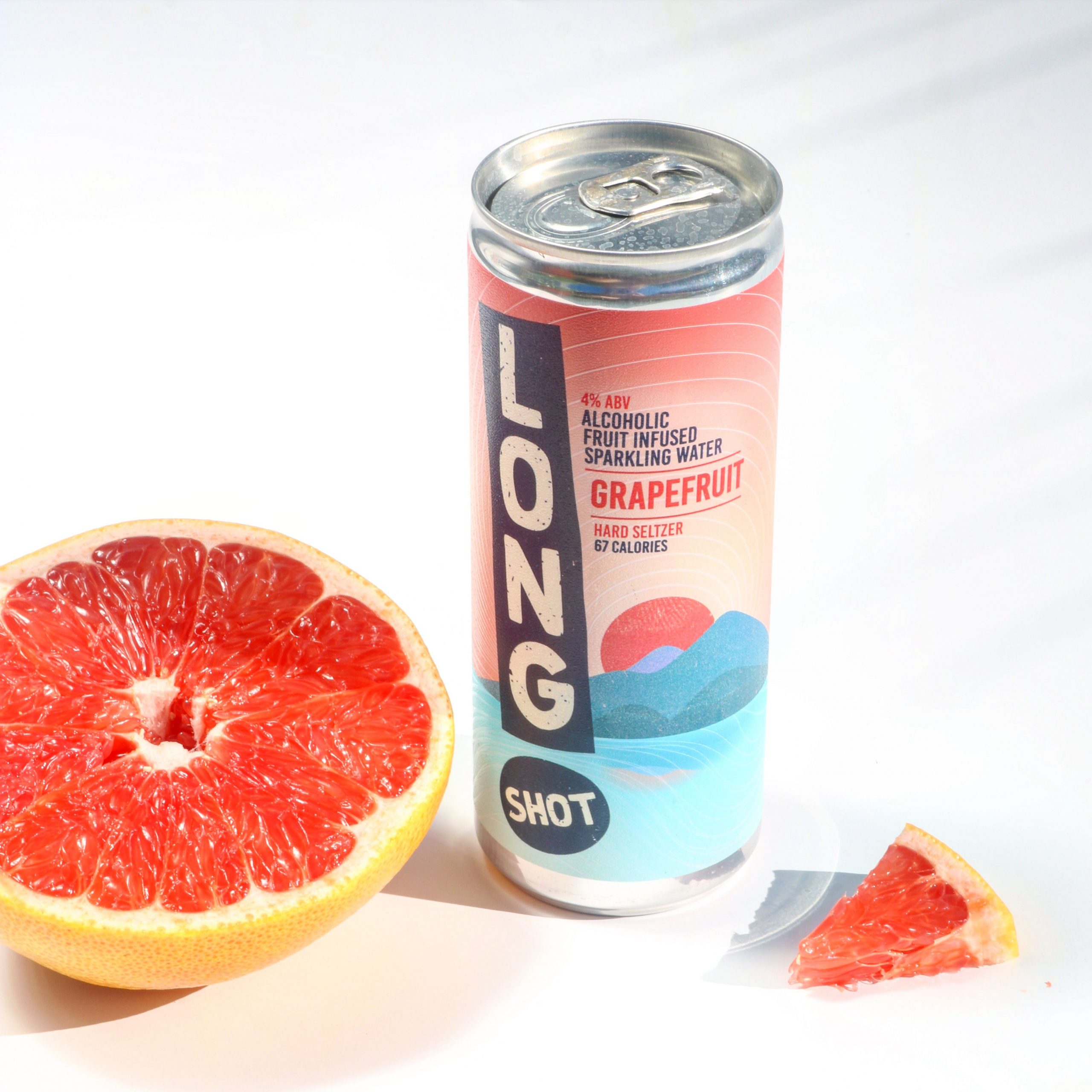 We actually decided to launch earlier than planned due to the pandemic. We realised that lockdown was the perfect opportunity to launch as everyone was suddenly stuck at home – so we wanted to bring them a lighter option to drink from home. It’s clear that consumer confidence is down, but at the same time sales have been pretty good all things considered, and we’re looking forward to being able to get out there and spread the Long Shot message with our fans.

If you could give advice to someone who is thinking about leaving their 9 to 5 job to start their own business, what would it be?

Take a Long Shot and go for it! The uncertainty is much worse than the reality.

Yes you’ll be leaving behind a secure salary – which is a bit of a drag, and normally puts most people off – but creating and building something of your own is completely exhilarating. Working part-time, whilst you develop your business model, will help ease the transition – and is what Hugo did.

Remember all those times you have had to ask your boss for holiday, or stressing about getting into the office in time? The normal working day has changed so much in recent times, and we think if you’re going to be working from home anyway – you might as well be working for yourself.

People say don’t mix friendship with business, how does it work between you too? Share with us the secret to a lasting friend/work relationship?

Good question! When you end up spending more time with each other than you do with your own girlfriend – it helps to have a bit of history. We’ve known each for a long time and we’re both pretty relaxed, but driven. We are always super upfront and honest with each other and when a problem comes up – we just deal with it and move on. It’s never personal. We both make mistakes but that’s what having a Long Shot is all about.

What’s the future for Long Shot?

We’ve got some big plans for next year and are always looking at possible new flavour combos. For now, though, we want to create a global community of Longshotters, who really get what we’re about, and are inspired to take their own Long Shot.