Life / Features / About Time You Met: Gaylene Preston, Director of My Year With Helen

About Time You Met: Gaylene Preston, Director of My Year With HelenBy Alicia Grimshaw

Gaylene Preston has been a filmmaker for almost all her adult life as a writer, director and producer, amassing a significant catalogue of independent films for both TV and cinema. Gaylene had been interested in making a Helen Clark documentary for several years, and the possibility that Helen could become UN Secretary-General made 2016 the perfect time. We chatted to Gaylene, ahead of her film screening in London as part of Bulgari Hotel’s Breakthrough Women in Film Series, about filming within the UN, women in politics and what’s next:

You spent a year with Helen Clark at the UN making the documentary My Year With Helen – how did it feel to be a fly on the wall while Helen was campaigned for the role as UN Secretary-General? 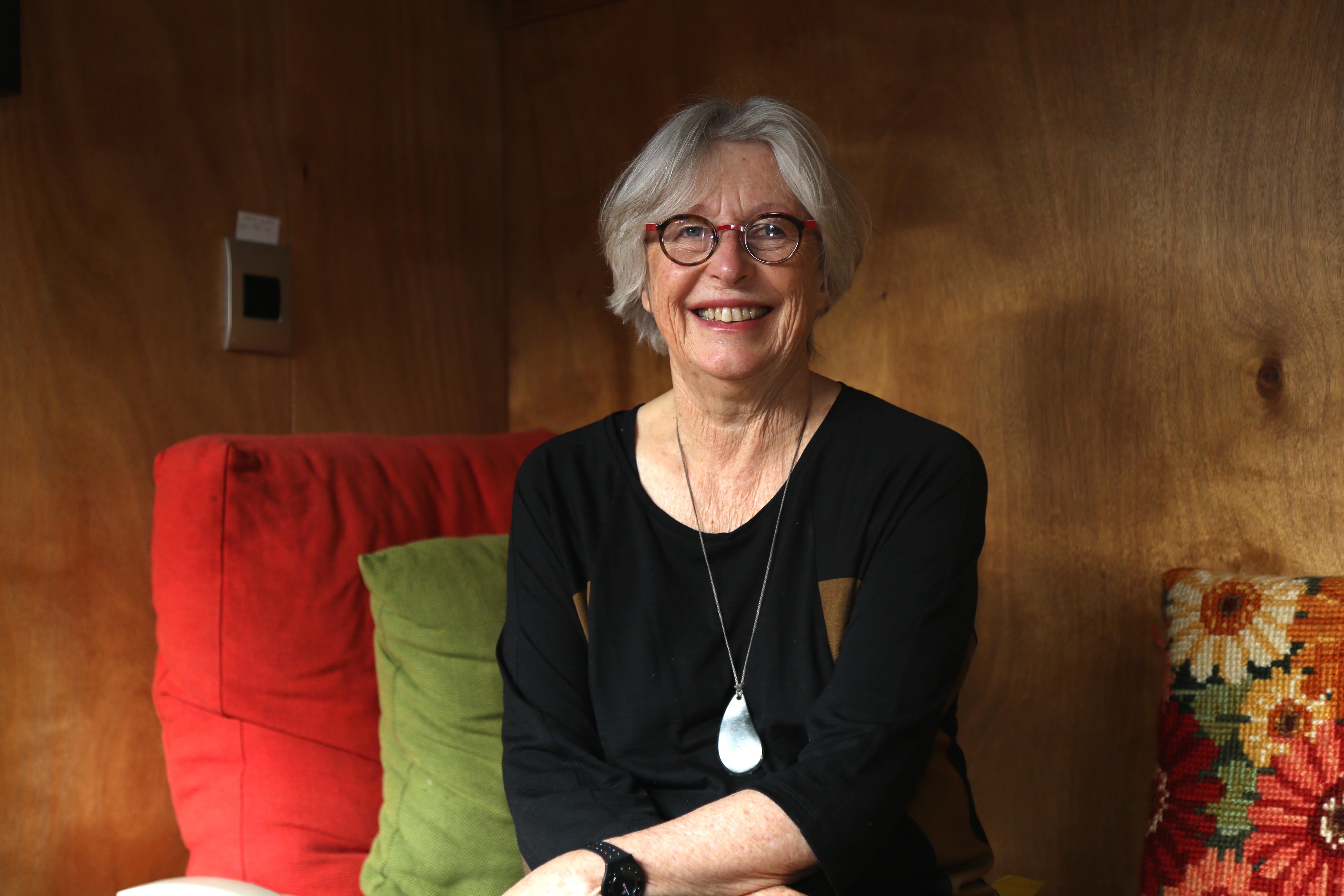 Someone said we were more like a butterfly on the wall! Both filmmakers are women – and we distinguished ourselves by wearing unique clothes so whenever we turned up, we would be remembered. This isn’t easy at the UN where women wear amazing outfits. However, we became known as the Kiwi crew, we remained genial (quite difficult) when ever we were thrown out of places (quite often) and the staff – not the security staff – became friendly on the whole. I always wore the same leather jacket and the same hat all year, so as to be easily recognised over time. I always carried my camera (a Sony FS5) and people got used to me always filming them.

We did feel like we had a ring side seat on history being made. It’s such a mysterious thing. We knew we didn’t really understand the process but it was a real surprise to find that the embedded press didn’t either. Even the diplomats involved at the Security Council weren’t entirely sure of the process. Sometimes it seemed to be being made up as it went along. If it wasn’t, then we must reflect on a very cynical dark process. The ‘candidates’ were in a hall of mirrors. The transparency was fake transparency. By just turning up over a long period, we managed to capture what was in fact a very sorry tale – one that I suspect is often played out in institutions all over the world where money and power intersect..

The topic of women in politics is a big talking point right now – how did it feel to produce a documentary that’s so relevant in the current political climate? 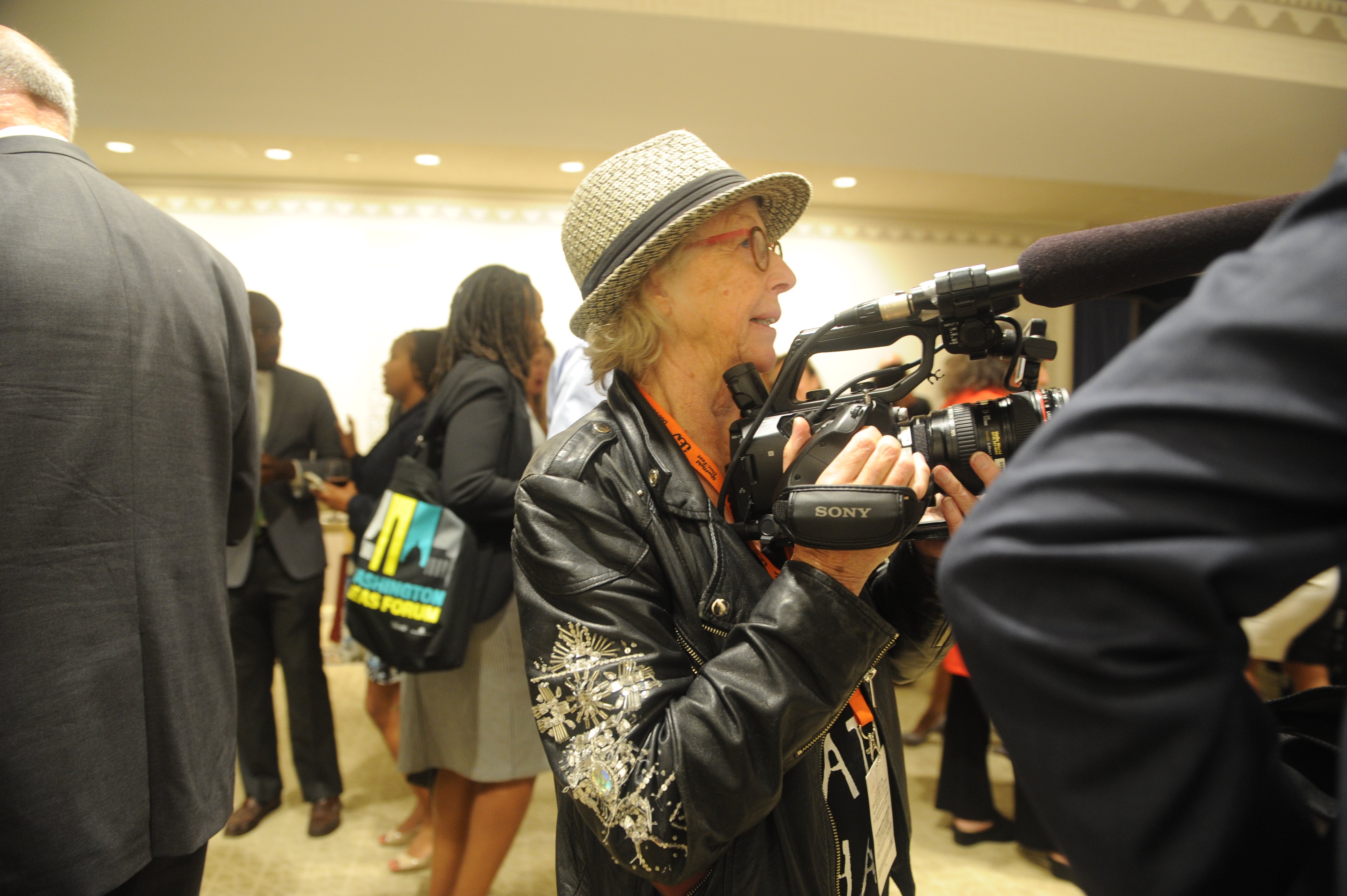 This is why I decided to make this film. I had unique access through former Prime Minister of New Zealand, Helen Clark within the bid for Secretary General. Helen is not the kind of leader who pulls the ladder up after her, she is inclusive and a strong leader. Having a character like that with her experience and vision was a Godsend. Following the She4SG Campaign provided the feminist frame around the general demise of all the highly qualified female ‘candidates.’ It was a sham process that ignored the UN’s own gender equity agreements.

When you first set out filming within the UN – did you ever think you’d uncover closed-door politicking and old fashioned attitudes?

No. I knew very little of the UN. I decided to let the film unfold, so the audience finds out as I do. The process for selecting the new SG was Papal. Shocking. Labyrinthan.

How did you find filming at the UN? Where there any measure put in place on where you weren’t allowed to film? 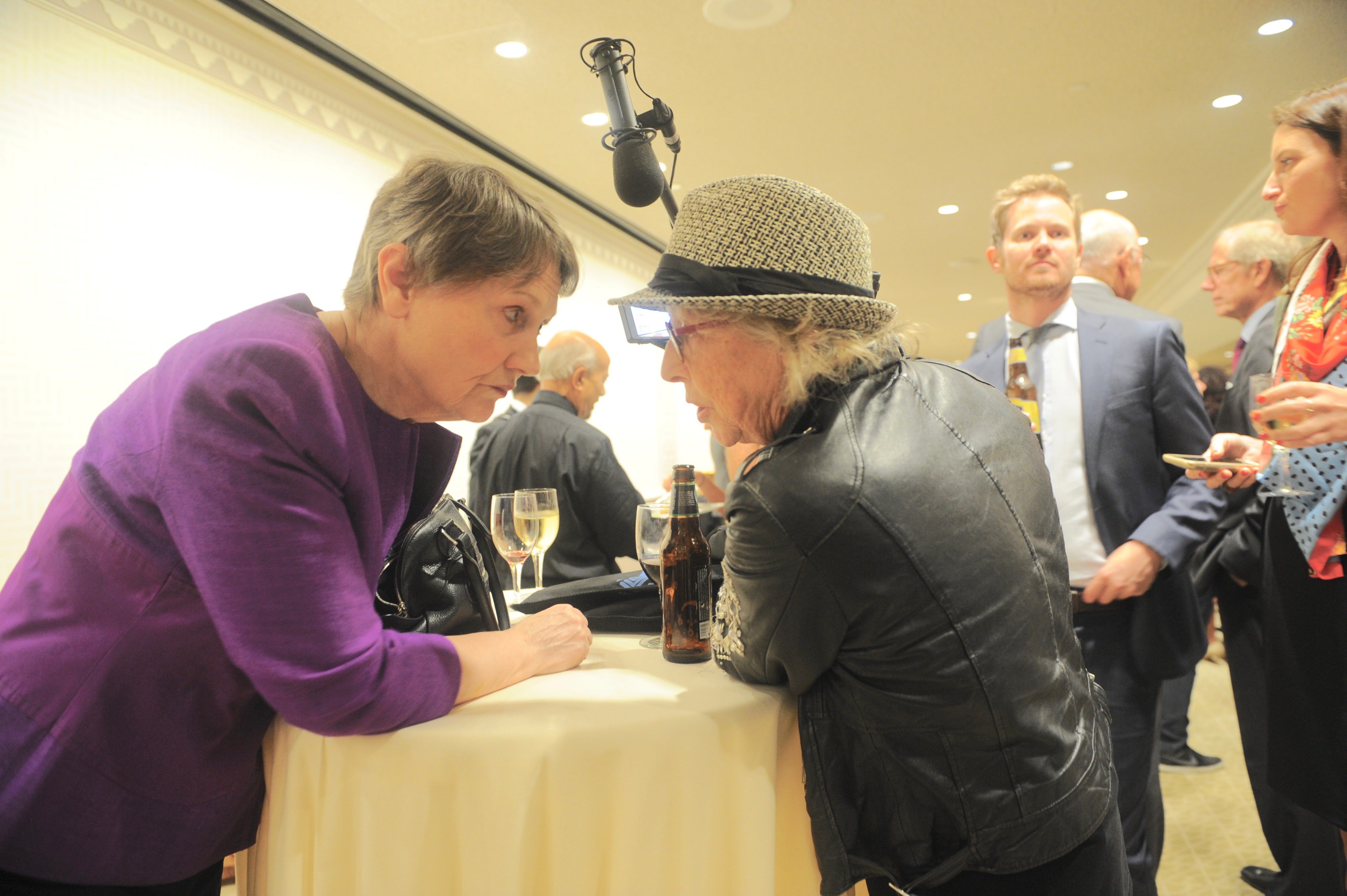 Totally. We were unable to film without a pre-arranged minder from MALU (Media Accreditation Liaison Unit) being with us at all times. They are perfectly pleasant people, but their job is to completely control where and what the media films. As the media are generally news media, they are not geared to dealing with a documentary, so access was very difficult, challenging to say the least. We were fine while we were over the road at the UNDP, because that was Helen’s domain, but once we needed to film in the UN Building itself, we were extremely obstructed by their normal processes. Though we were a small documentary crew we were treated as though we were regular media making daily reports. There haven’t been other films filmed behind the scenes at the UN. Though there was a Danish crew there at the same time as us, so no-one understood our special needs. We got away with it by filming all year – coming and going and being around for a week or so every month. 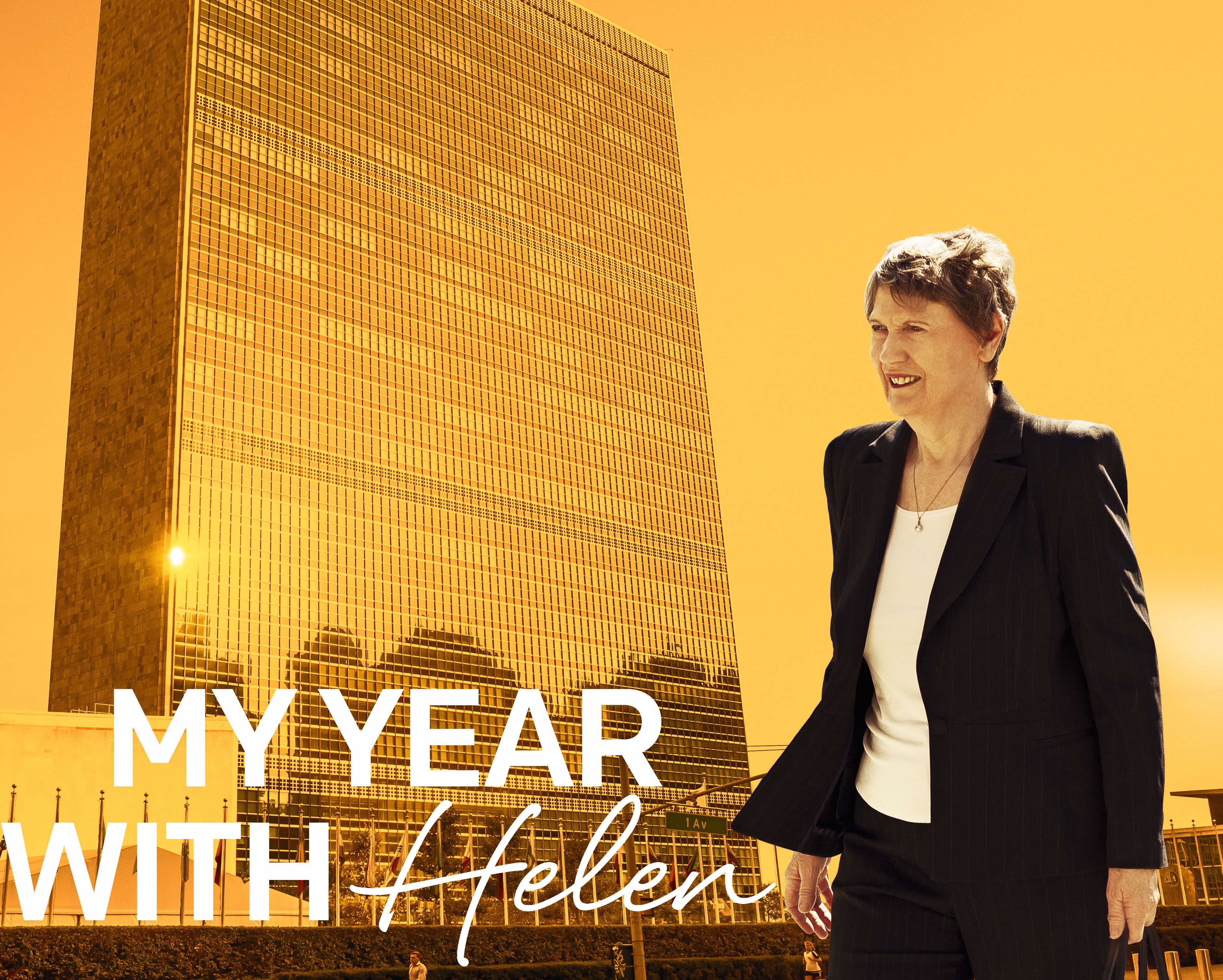 That was quite a moment. I felt great pride standing there on the stage in that huge temple to film under the golden chandeliers alongside my former Prime Minister. Helen had not seen the finished film before this moment, so it was doubly heart thumping. The film has been extremely well received; we have chosen to travel the film to where global influencers gather in order to gain the most impact. With Helen occasionally available for Q&As the conversation is extremely enlightening for all concerned. My Year With Helen has so far been translated into seven languages. Anyone who wants a screening just gets in touch through our website and we work from there. myyearwithhelen.com

My Year With Helen also documents the close relationship with Helen and her 94-year old father, George. Why do you think these certain scenes have been so memorable? 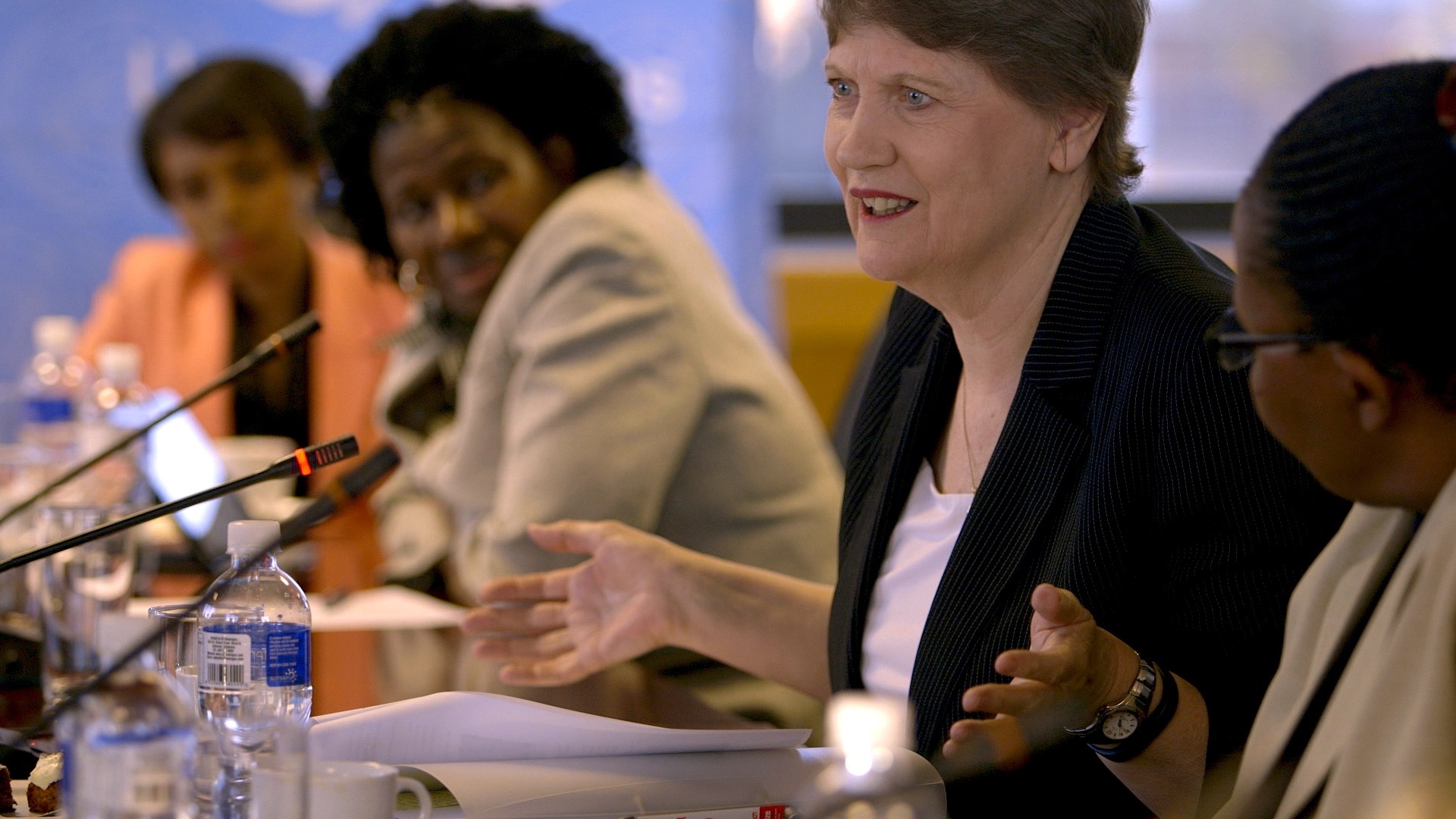 How women work is, at its very heart, always different from how a man might do the same job, because our responsibilities within families is so very different. That Helen always rang her father every day and had a regular domestic commitment in caring for their 95 year old family commensurate with those of her three sisters, tells us a lot. The question I ask myself is why would human kind reject female leadership when we are the ones who do the caring. I also think that men would be better decision makers alongside women if we lived in a society where the responsibility for caring and housework was naturally shared. But I digress.

What’s next for you in the pipeline?

I have Produced and Directed a short film celebrating NZ women gaining the vote in 1893 (the first women in the world to achieve that). Hot Words and Bold Retorts was commissioned by the Auckland Memorial Museum for a semi-permanent exhibition illuminating women’s strong long contribution to civic life in New Zealand.

I spent time at Jesus College Cambridge writing a memoir yet to be completed. I’m producing a film directed by Anna Marbrook about a Samoan gender fluid woman who is a Pacific navigator and her family healing from sexual abuse.

What advice would you give to budding female directors looking to get into the field? 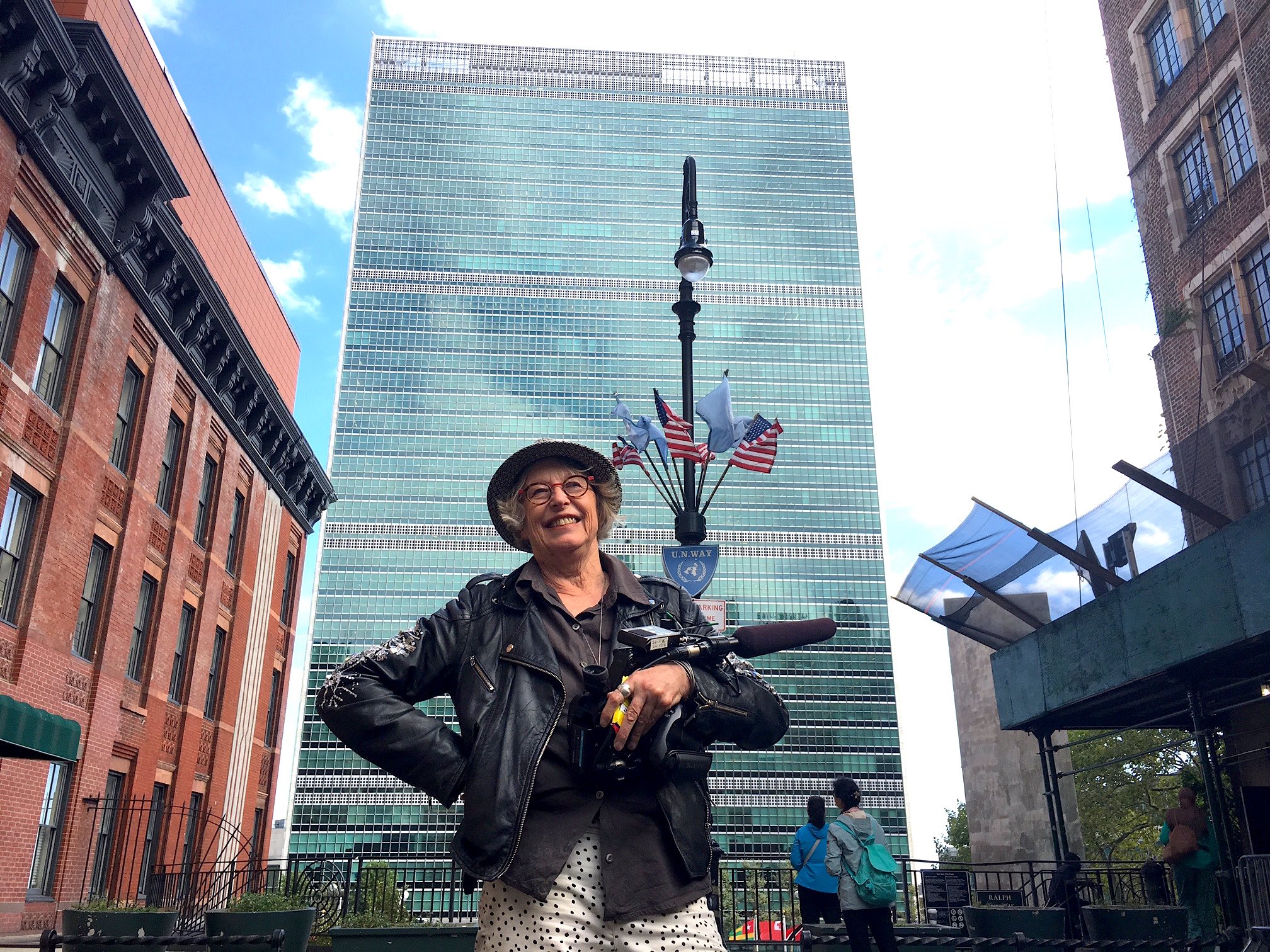 Don’t wait for permission, just do it. Now. Don’t practice. Do it. Short films take up too much time unless you can win an Oscar like Andrea Arnold did. Make films that audiences can easily access.