Remedy was founded by fermentation fanatics, Sarah and Emmet Condon. They’ve been making kombucha for a while; their kids were into it, their mates were hooked, and family members were dropping by more often for a taste. Some years ago, they started Remedy Drinks in Australia, brewing all kinds of kombucha from their kitchen table. Their drinks have gone down a storm down under, and they’ve just launched in the UK. We had a natter with Emmet Condon about bringing their fermented tea to Britain, and the health benefits of this latest ‘it’ drink:

When did you first try kombucha? 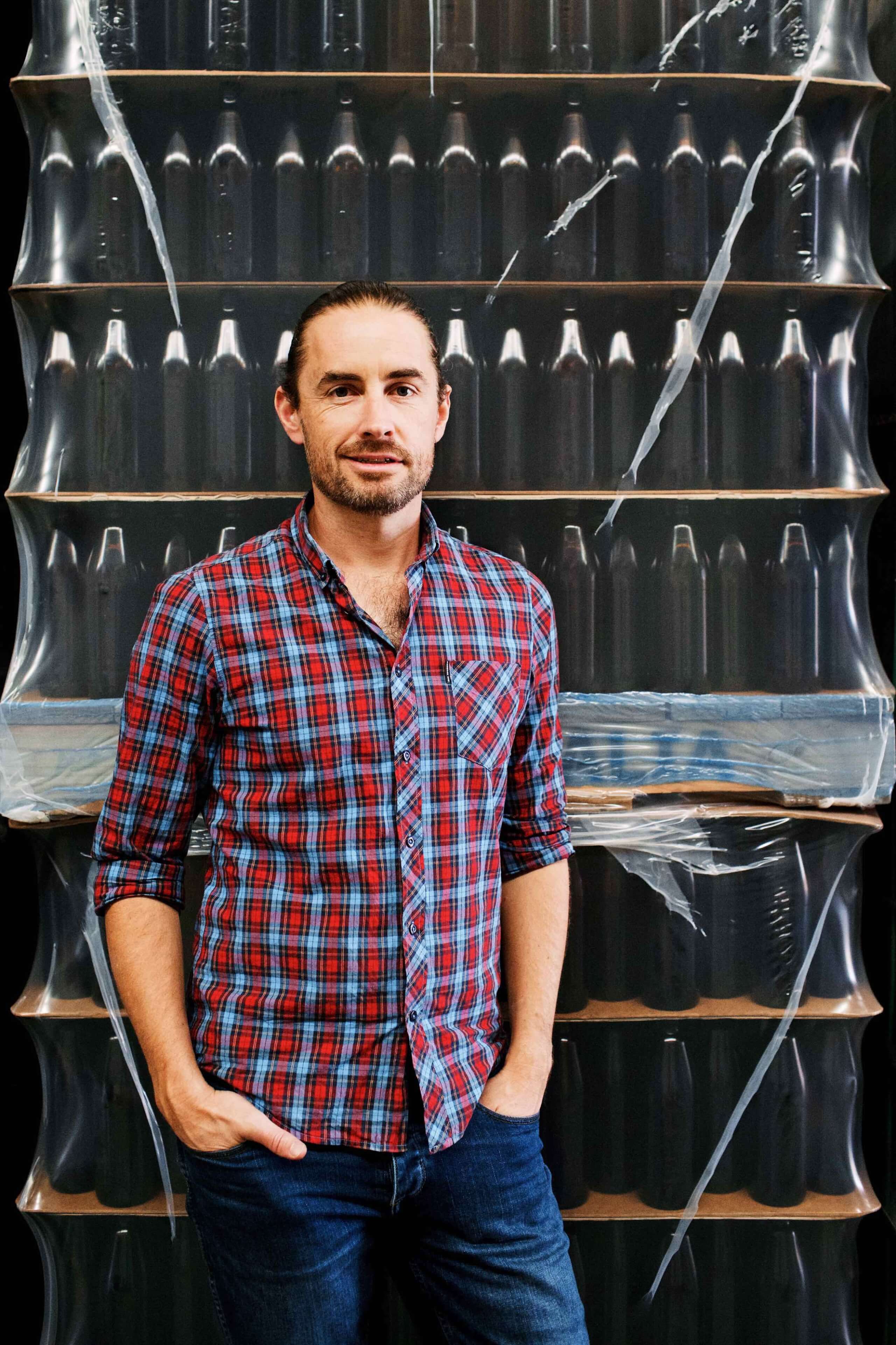 It was at least 12 years ago. At that time, no one was selling kombucha commercially in Australia, so we had to make our own, sourcing a SCOBY from someone who was already home brewing.

For any kombucha newbies out there – can you explain what kombucha is:

In a nutshell, it’s a healthy soft drink! But if you want a bit more detail, it’s fermented tea. We make it the old school way, involving a sweet tea and a live culture known as a SCOBY (symbiotic culture of bacteria and yeasts).
At Remedy, we follow a long-aged brewing process; the result is a tasty drink with sweet and sour flavours that naturally contains no sugar and is packed with healthy, living bacteria and organic acids that are good for your gut and overall wellbeing.

What was the idea behind setting up Remedy? 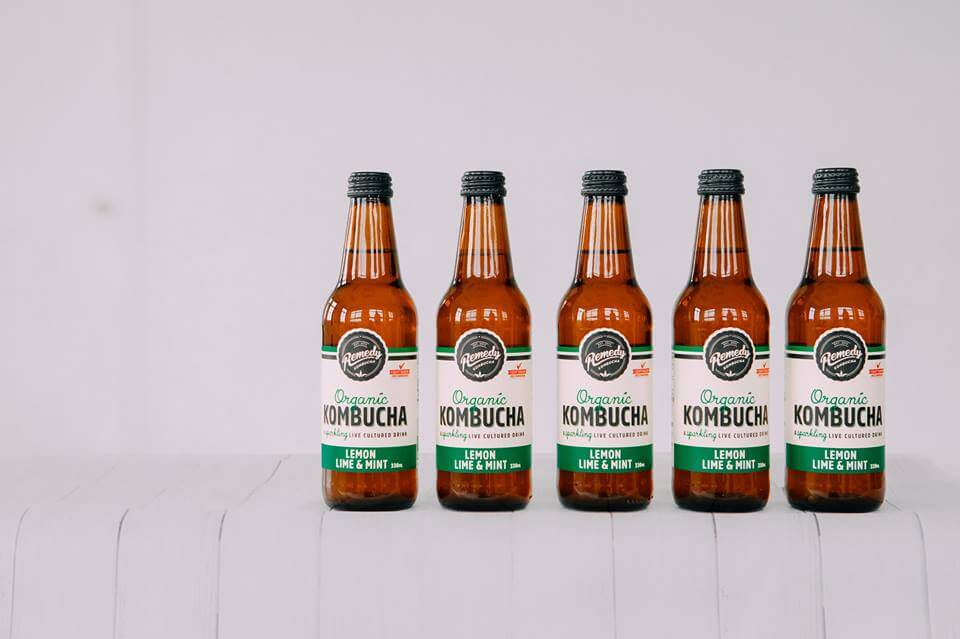 It all started around the time we started having kids and were inspired us to transform our diet to embrace more real, traditional foods. We got into fermenting our own foods and drinks and became obsessed, especially with kombucha.

Around this time, we also started noticing how many products at the supermarket claimed to be healthy but weren’t really. Rather than get frustrated, we figured there was a huge opportunity. We wanted to prove that healthy foods and drinks could also be truly tasty, and make kombucha more accessible to more people.

You first founded Remedy in Australia – how has the journey been bringing Remedy to the UK? 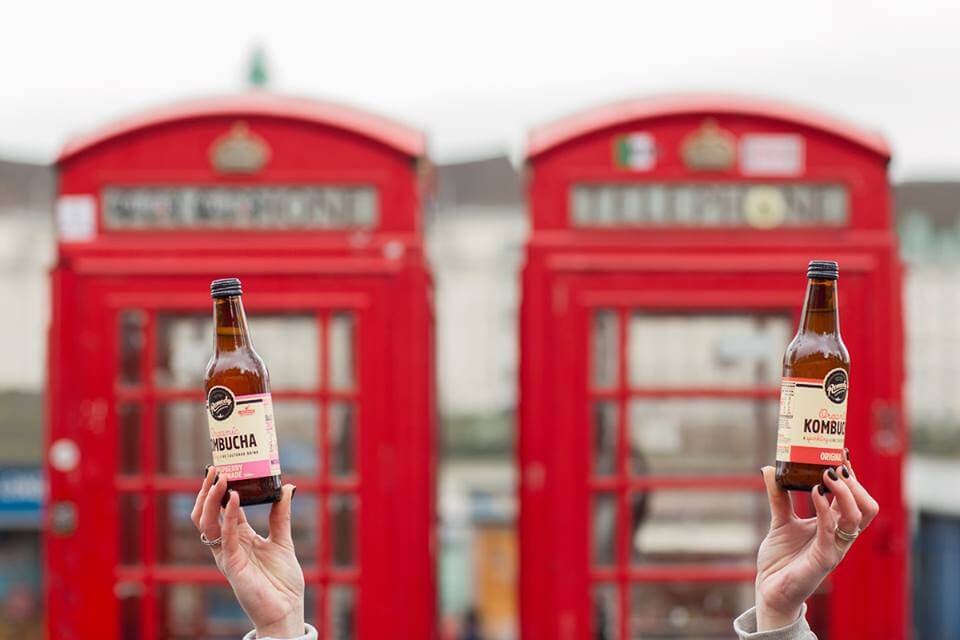 When started exploring options to expand outside of Australia New Zealand, we were really excited by the opportunity to bring Remedy to the UK. It was really clear that UK consumers wanted to make healthier choices – the sugar tax was coming and awareness of the importance of gut health was growing.

When we initially launched here, while there were a few commercial kombucha brands available, distribution was limited general awareness of the drink as a whole was pretty low. This was very similar to what it was like when we launched in Australia. The category is definitely growing at a faster rate in the UK than it did in Australia, but we think we are in a great position to grow with it, given we’ve already learnt a lot of lessons.

How did you first get Remedy off the ground? 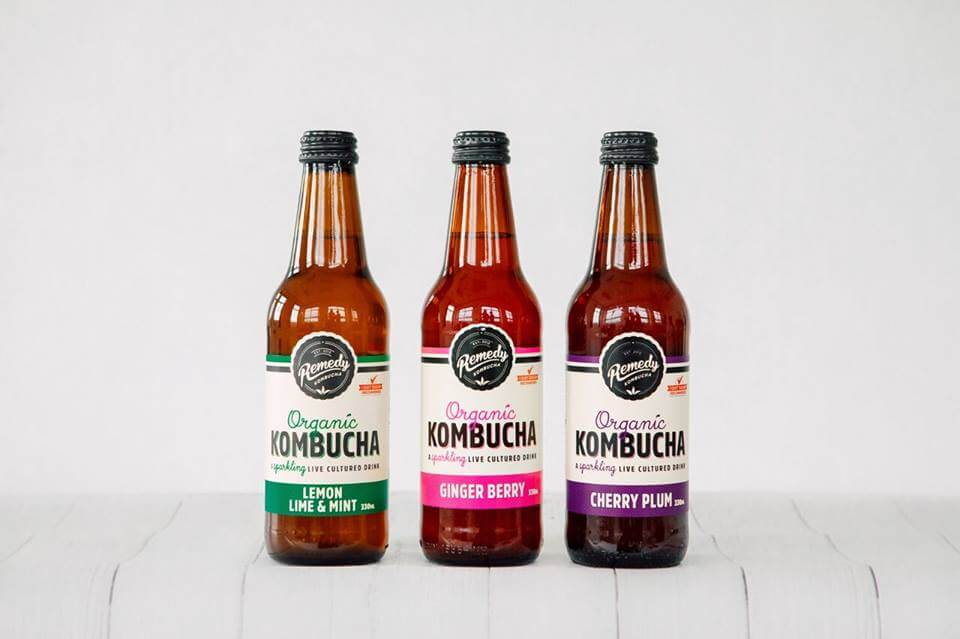 We started the old school way, on our kitchen bench, brewing kombucha using a live culture also known as a SCOBY (symbiotic community of bacteria and yeast) that we sourced from someone who’d been brewing their own kombucha for years. As a side note, if you didn’t know, a “baby” scoby forms with each batch, which can be used for the next batch. The history of our culture dates back in Australia for at least 50 years after a couple of German backpackers brought it with them to keep making kombucha on their travels.

We perfected our process at home, experimenting with different flavours along the way. As Remedy has grown as a business, we’ve always stuck with the traditional ways of doing things, innovating to allow us to scale up production but still keep it old school. The culture we use is still a descendent of the same one we started out with. This is pretty unique to most foods and drinks you get at the supermarket!

We officially launched in 2012. We’ve outgrown 4 fermentary facilities then, but it was a slow build at first and a hell of a lot of hard work. We had an inkling of what was possible, but it was still a massive risk. We poured our savings into it, maxed out credit cards and loaned money from family.

There’s so many kombucha brands now than there were five years ago – how do you stand out from the crowd?

Well, first of all, I think our kombucha tastes the best! I may be biased but we also have feedback from our incredibly loyal followers to back this up. One of our biggest points of difference is that Remedy Kombucha naturally contains no sugar. This is because we follow a long-aged brewing process, during which time all of the sugar is eaten up by the live cultures and converted into healthy organic acids. The long-aged brewing process also allows our kombucha to develop a depth of flavour and produce the maximum amount of live cultures and organic acids.

What do you think is going to be the next big thing in terms of sugar-free drinks?

We have lots of exciting ideas in our own pipeline, so we don’t want to give too much away, but one that we have already announced we are working on is a fermented fizzy coconut water. We are also big fans of lots of other fermented drinks and we love seeing more and more hit the grocer and supermarket fridges.

What are the health benefits of kombucha? 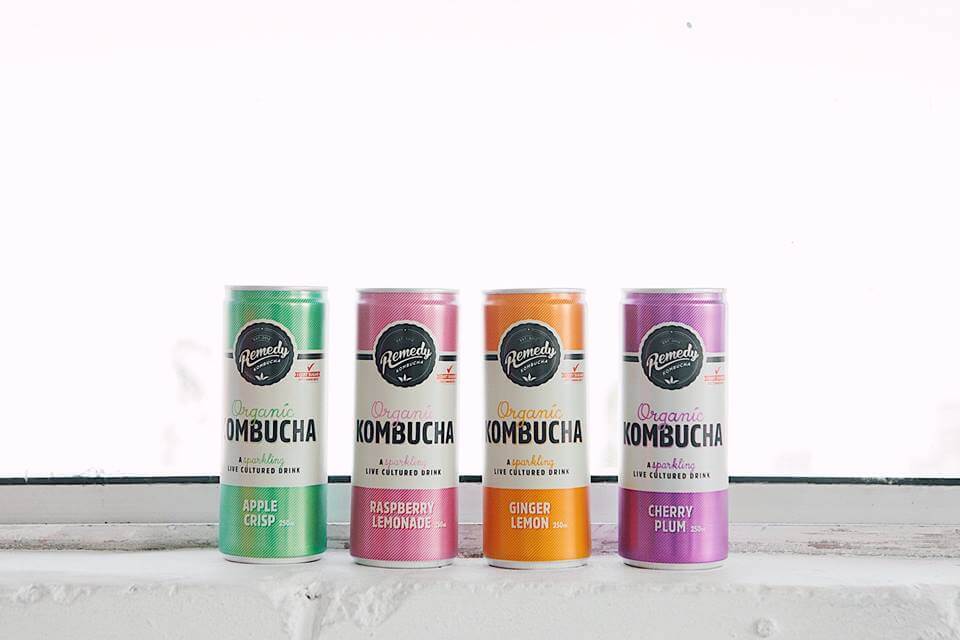 It’s important to note that not all kombucha is created equal, but when it comes to Remedy, we believe our kombucha is good for you due to four key components: it contains live cultures, organic acids and antioxidants, and it naturally contains no sugar.

Antioxidants: Remedy Kombucha is teeming with polyphenols from tea, otherwise known as anti-oxidants which can help the body fight illness and slow down the ageing process.

Naturally contains no sugar: The beauty of Remedy is that although sugar goes into the initial brew, it gets eaten up by the live cultures during fermentation to maximise those amazing organic acids. Remedy brews out ALL of the sugar, and we test every batch to make sure.

How did you first get people to try Remedy when kombucha 5 years ago wasn’t as big/well known?

From the beginning, we knew the challenge was getting around the misconception that something that was truly healthy wasn’t going to be tasty or vice versa. So we knew we had to get people to taste it to change their mindset. In the very beginning we did farmers markets and were active in providing free sampling with our first grocer and health food store customers. To this day, sampling is a massive component of our marketing activities.

What’s next for you guys? 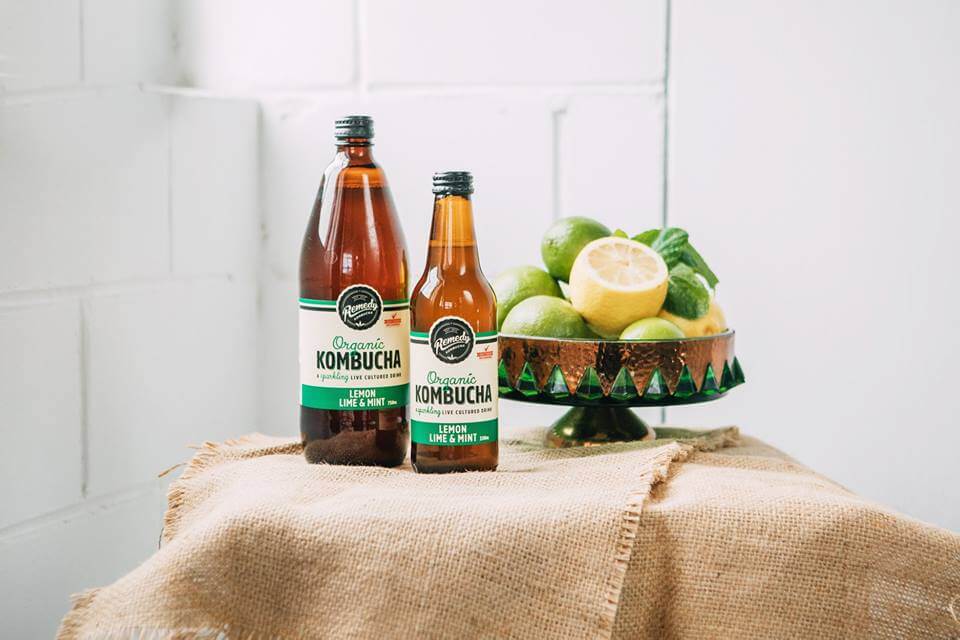 We do have some ideas for new products in the pipeline, but for the moment we’re still focused on our main goal, which is to make kombucha accessible to everyone. Ideally, we’d love for it to be just as easy to buy a Remedy as it is to buy a fizzy drink that’s full of sugar.

We’re getting there; in Australia, you can now buy Remedy at both of the major supermarket chains and many petrol and convenience stores, but there’s still plenty of work to do.