At only 20 years old, Emily has made an instant impact. A rare gem in the electronic world, she’s a young female DJ and producer who has already remixed for Little Mix and Navos; her own debut singles have racked up plays on BBC Radio 1, Capital and Kiss and led to her being included on both Beatport and Amazon’s prestigious “Ones To Watch” features for 2022. We chatted to Emily about her gateway into music, love of Kidderminster, and her goal of securing a spot in the Top 40.

Hi Emily, thanks for talking to us today! What was it that first got you into music, did you always see yourself writing dance music tracks? 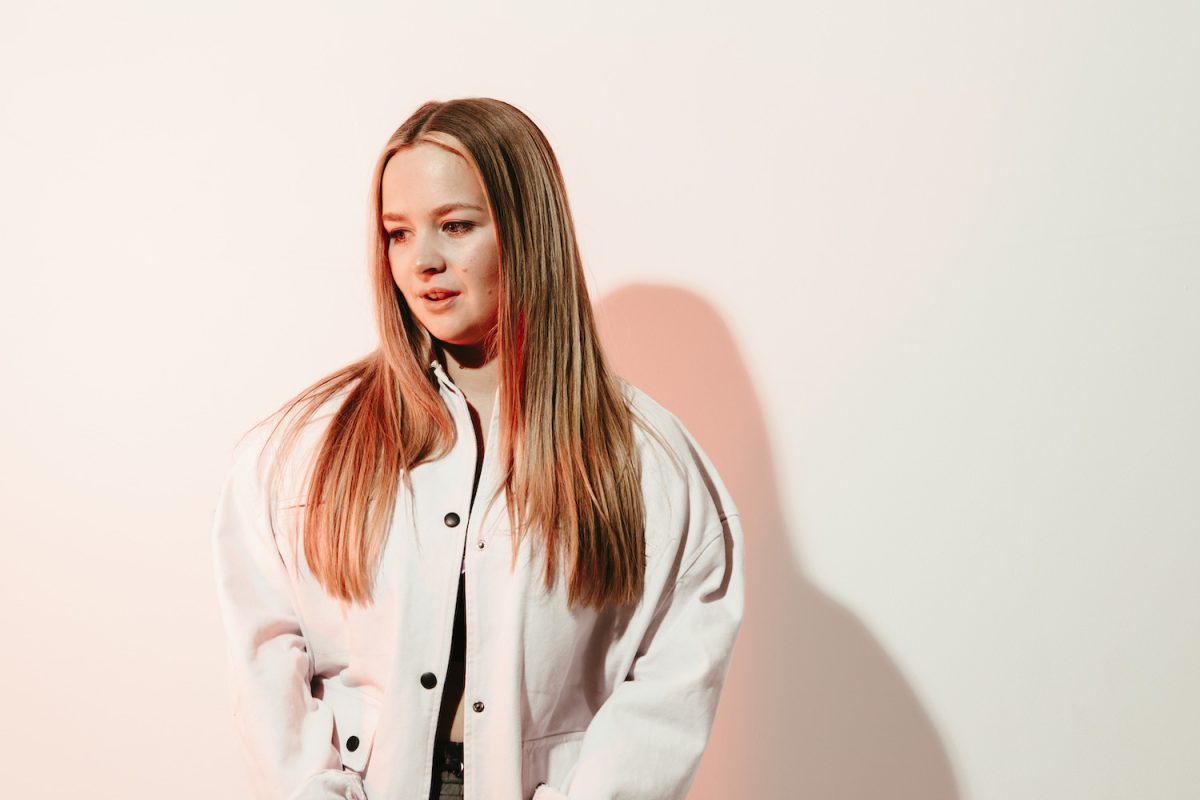 I was 17 when I first started producing, I couldn’t get into sixth form because I didn’t get a high enough maths GCSE, so went to my local college where they put me in a music production class and I’ve loved it ever since then. I first started making anything, mainly underground stuff, then over lockdown, my sound changed to more commercial/dance!

I’m loving your latest single ‘Garden’, it has a very haunting feel! Can you tell us a little about the inspiration behind the track, and what the response has been like?

I made this track in lockdown, I found the vocal and thought it was very unusual and cool. I then built the track around the vocal and it all came together really nicely. The response has been amazing for the track so far. It got BBC Radio 1 Hottest Record & Tune Of The Week. Along with plenty other Radio 1 support, KISS FM, Capital Dance and many more!

So much seems to be happening with your career already! How does it feel to be in the middle of such a whirlwind, and where do you want to go next?

I feel incredibly lucky, I didn’t think I’d ever get to this point so early on but it’s happened and it feels incredible. I just want to keep releasing bangers and work with a few singers/writers/producers. My other goal is to get into the top 40 charts at some point.

You’ve already played at some iconic venues and festivals including Printworks, Leeds Festival and Creamfields. Where else would be on your bucket list to play?

Manchester Warehouse Project is on the bucket list but I get to play there in April as part of the lineup for MK which I can’t wait for. A few other places on the bucket list would be Glastonbury Festival, Cafe Mambo in Ibiza and Boardmasters Festival.

Are there any misconceptions you want to clear up about yourself?

Not that I can think of, the only thing I would say is I’ve heard a lot of people say “they don’t make their own music” or “they have ghost producers” but when I write and produce music it is solely me and my work. I use a mixer, John McBeath, who has sometimes done a spot of additional production and I make sure I always credit them.

You grew up in Kidderminster and are still living there at the moment. Can you recommend any local spots?

When you’re not making music, what do you enjoy doing with your free time? I hear you have your own a Depop shop?

When I’m not making music I like to travel to different places and go walking. I also DJ so I’ll practice more on that side as well when I’m not making music. Yes I have a Depop shop, I tend to buy vintage clothing or bits that have been reworked. It’s called “Hungry Bear Vintage” if you want to check it out!

What advice would you give to other young producers just starting out, particularly if they’re working from their bedrooms?

You don’t always need fancy expensive equipment. I have a small bedroom studio set up which includes a MacBook, Logic X Pro and a MIDI Keyboard along with a few plug ins and I am good to go. Make some tunes that you are really feeling and then do some research on different labels if you’re wanting to release on labels. Get a few demos together and send them out but you have to be patient. Someone could reply the next day or someone could take a few weeks to reply. That’s if you get a reply at all.