The DJ/producer duo Duke and Jones, based in Manchester, is all about the ‘less is more’ approach when it comes to making their unique sound. With a fast-growing fan base, and not to mention support from some of the biggest artists in the world, they’ve already racked up an impressive list of achievements (Billboard Dance named them as an emerging act to watch in 2020).

Finding the perfect sweet spot between nostalgia and euphoria, their new single ‘Vertigo’ is a jubilant, open-arm rave anthem that’s characterised by infectious chords, hypnotising vocals and the most spine-tingling of melodic drops.

How long have you been creating music together? What was it that sparked your love for producing? 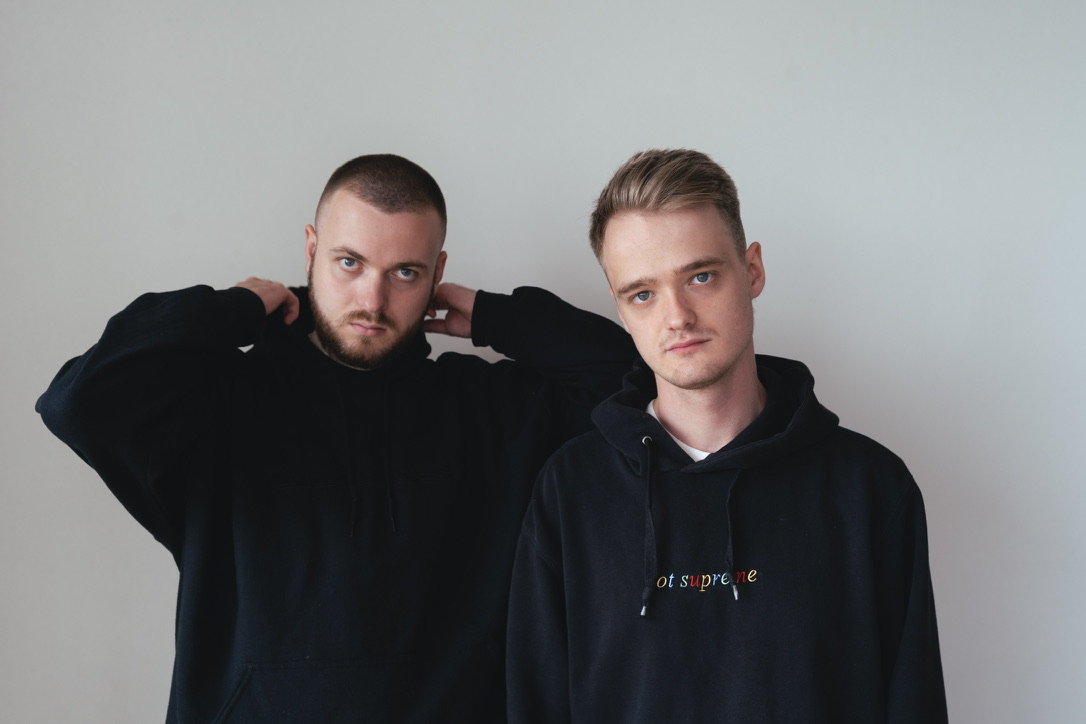 We’ve been making music together in some form or another since we were about 13. I’ve played around with music and instruments for as long as I can remember, but it was probably Timbaland who got us both into producing more than anything, especially all his stuff with Nelly Furtado. I used to watch hours of videos of him churning out these insane beats with a laptop and a keyboard, and I really wanted to do that too! Then Luke put me onto Swedish House Mafia a few years later and I completely fell in love with dance music.

You guys claim ‘less is more’ when it comes to your music. What else inspires your sound?

Between us, we listen to a lot of different genres and artists, and I think we’re a bit like musical magpies, picking up shiny bits here and there from house, pop, hip-hop, garage, drum and bass, and so on. I actually think a lot of our best creative spells have been inspired by sunny weather – so it’s pretty unfortunate we live in Manchester! British people just shove everything else to the side the second the sun comes out, and I feel like that sudden lift in mood and carefree vibe really inspires me to sit down and have some fun with production.

You’ve worked with the likes of Marshmello and Cat Dealers in your career so far. What would be a dream collaboration for the future?

We have always said that working with Sub Focus would be a dream come true – he’s one of the most important influences over our musical taste and our sound. I would also love to do something with Disclosure, especially since watching hours and hours of their incredible Twitch streams through the pandemic. [side-note for aspiring producers: if you haven’t, go and consume as much Disclosure’s Twitch as possible, you will learn a LOT]. They’re world-class at what they do, and, like Sub Focus, were really influential in creating the distinctly British-sounding dance music we grew up loving.

You guys seem to have a lot of fun on TikTok, do you enjoy making your videos and do you think the app is an important tool for artists making music in 2022?

At first, we found it quite hard to make the videos but after you’ve made a few you soon get the hang of it. Finding a theme/series we could do definitely helped us a lot, because people have started suggesting videos to us.

We currently make around 5 autotune remixes a week, with each one taking about an hour to do in total. Earlier on, though, each video would take a few hours to make. Now that we’ve got it down to a fine art, they are pretty fun – and that can make them useful for getting around creative blocks with our full-length songs. I think TikTok is so big now that most music producers should get involved in some way, but if you already use Instagram’s reels then the jump to TikTok won’t be as daunting.

Aside from making music and Tiktoks, what does a typical day in the life look like for Duke & Jones?

A typical day most definitely starts with the coffee run to Pret. After that, it pretty much is music, TikToks – and then the pub. Since we’ve started working from home, we’ve also got quite into cooking long and involved recipes. If you’re a bit stuck on a section of a song or something, it can be really helpful [and relaxing] to just go away and make a marinade for a little bit before coming back.

I think my favourite memory from a Duke & Jones show would still be the first time we played Ministry of Sound. It was our first proper club show, so neither of us had really slept the night before and we were on VERY early in the morning. The start of the set was a blur of action and nerves, but about halfway in we’d both started relaxing into it. I remember we were singing along to a song and having a little boogie together, and I just thought it was so cool that, not only did I get to play at Ministry, I got to share the experience with my oldest and closest friend.

What’s your dream gig and why?

What advice would you give to anyone trying to enter the industry?

Try and connect with as many people as possible! You never know where an opportunity will come from, but not only that, it’s much easier to handle the stresses of music if you know people in the same boat, and have people you can turn to for help, comfort or advice. If you have the time, it’s definitely also useful to gain basic skills in another discipline, like graphic design. It’ll constantly come in handy, and save you money and stress down the line.

5 Important Conversations to Have With Your Partner Before Your Wedding