David McIntyre is the culinary mastermind behind Wolfgang Puck’s celebrated restaurant, CUT at 45 Park Lane. A seasoned Wolfgang Puck employee, David made the move from the Beverley Hills Hotel to open CUT back in 2011. With a new pop-up on the horizon, we chatted to David about steak, food trends and what he thinks about the London food scene:

Tell us a little bit about your career – where did you first start? 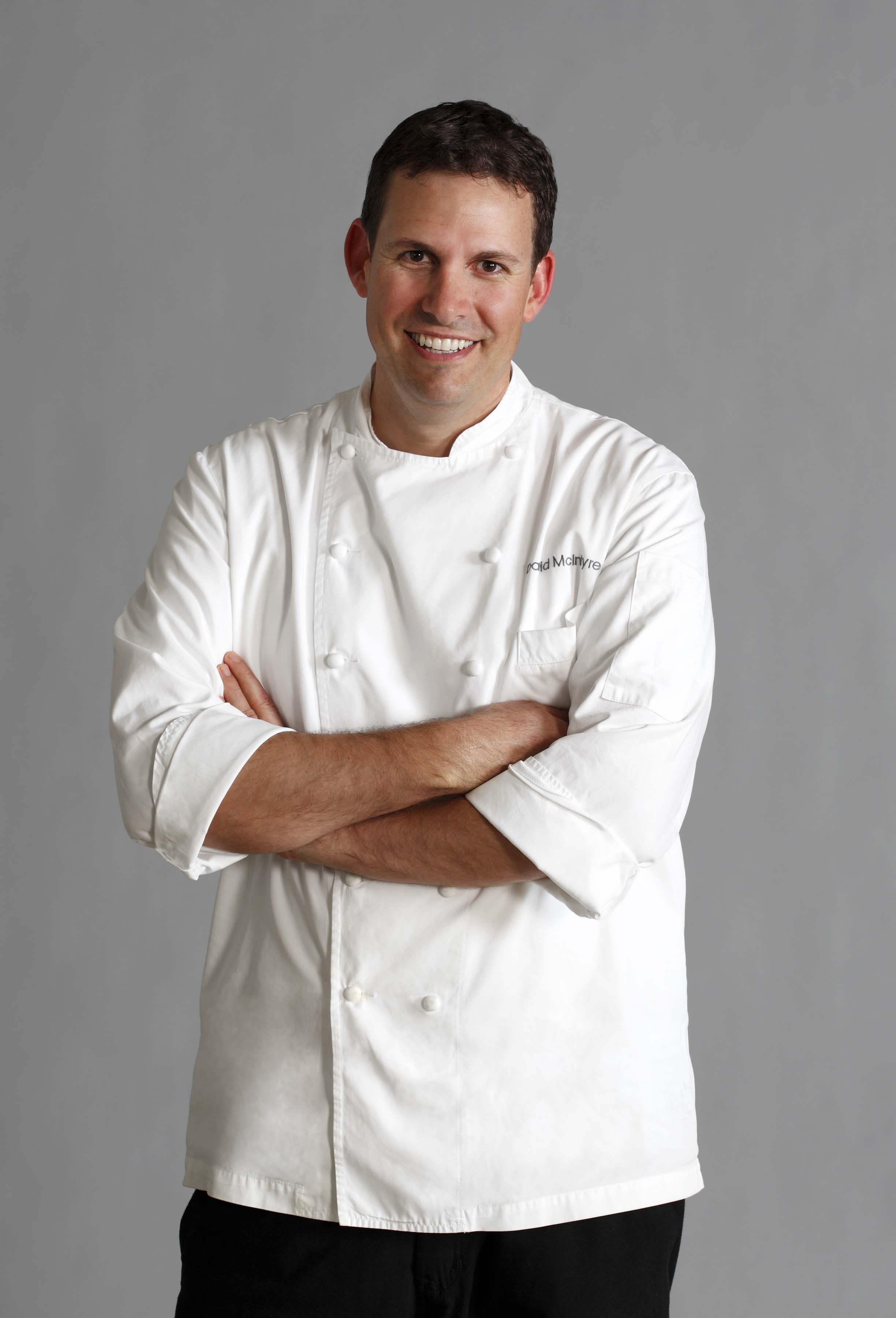 I started my career in California, where I was born, at the Culinary Institute of America. My first role was as an apprentice to renowned chef Joachim Splichal at his fine-dining restaurant, Patina. From there, I moved to Spago Beverly Hills where I first met Wolfgang Puck and so began my long working relationship, and then I moved to CUT in Beverly Hills as Chef Consultant in 2006.

You’re originally from California – what do you think of the food scene in the Golden State?

I think it’s one of the best in the world, offering amazing produce and a wide selection of restaurants.

You were originally working at the Beverley Hills Hotel restaurant before coming to London – was a move to the UK always on the cards?

I heard of the opening in London and jumped at the opportunity.  I wanted to move to London, but was just waiting for the right role. London has now become my home and I cannot imagine leaving this vibrant city. 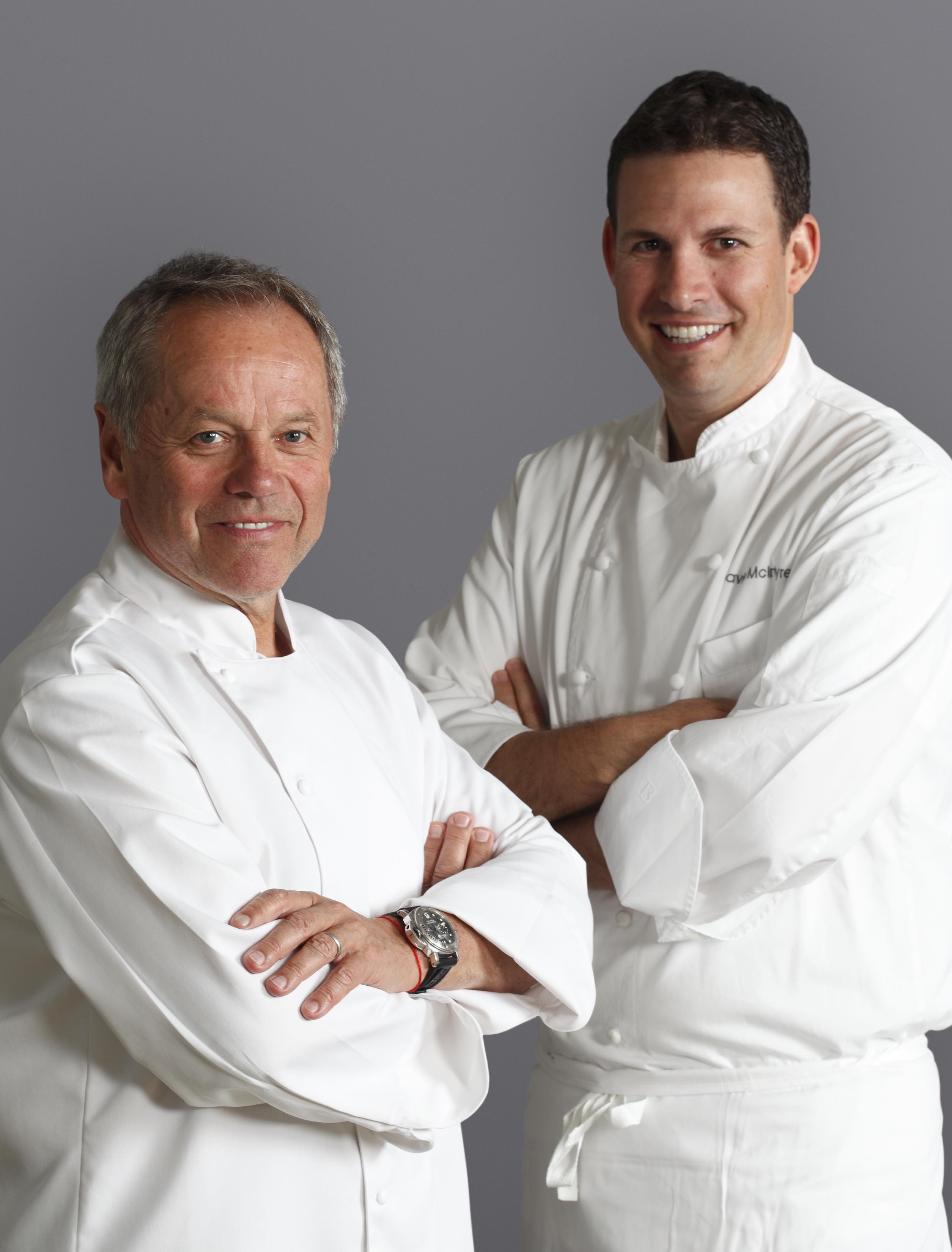 Earlier in my career when I used to run Spago Beverly Hills, I would often go to Wolfgang’s house to cook for private parties that he was hosting. It was nice to see his home life and be invited to be a part of it.

How do you go about creating new dishes for the menu?

Ultimately it comes down to seasonality. But the creation of new dishes is collaborative effort between me and my senior team.

To mark the 35th anniversary of Chinois on Main in Santa Monica, CUT at 45 Park Lane is hosting a three day pop-up – what can diners expect from the menu? 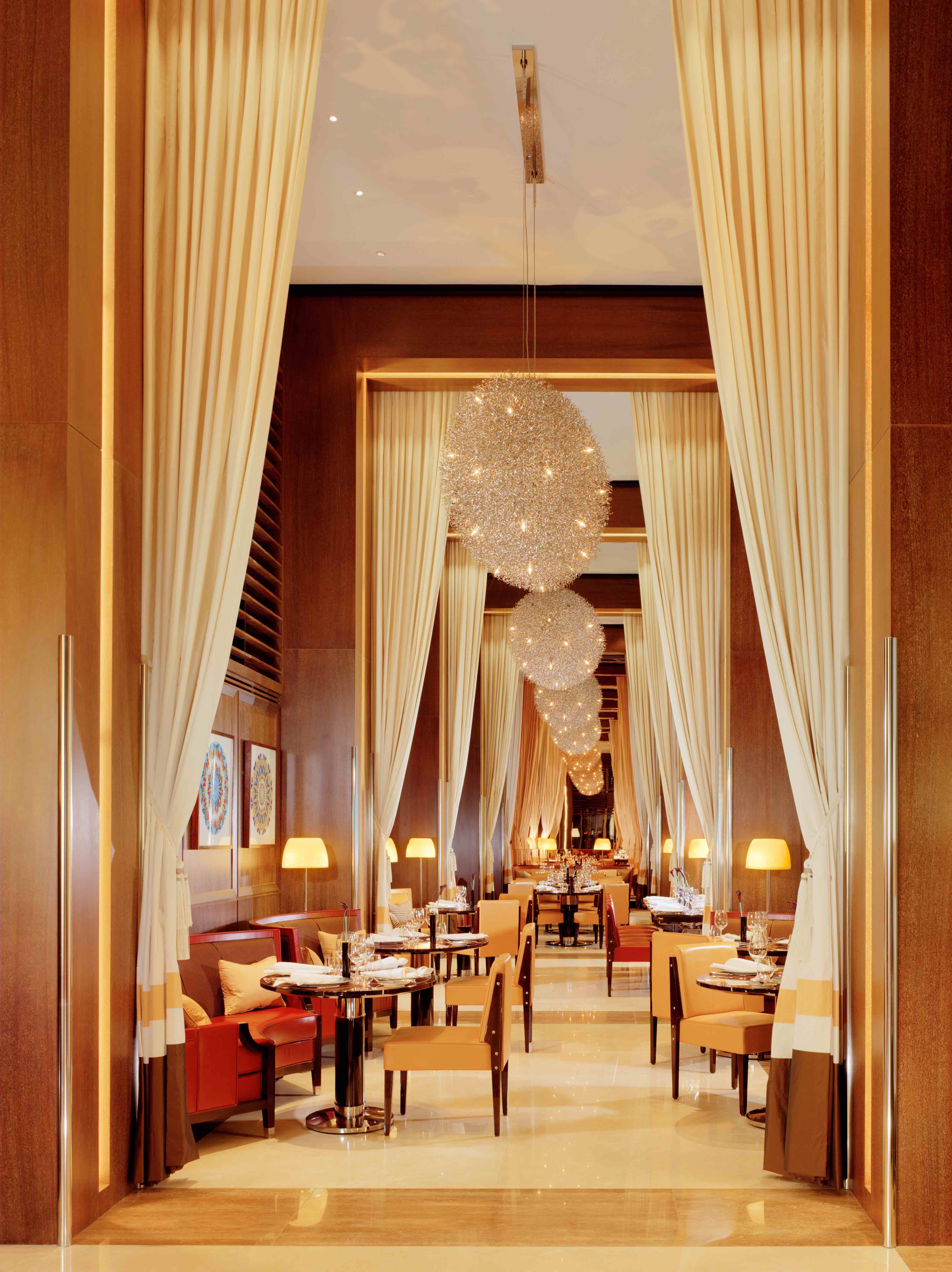 Expect classic Chinois dishes reinvented. Chinois on Main was Wolfgang’s first French Asian fusion restaurant with some iconic dishes that we have tried to modernize a little but putting CUT at 45 Park Lane’s spin on it.

What advice do you give the new chefs that work in your kitchen? 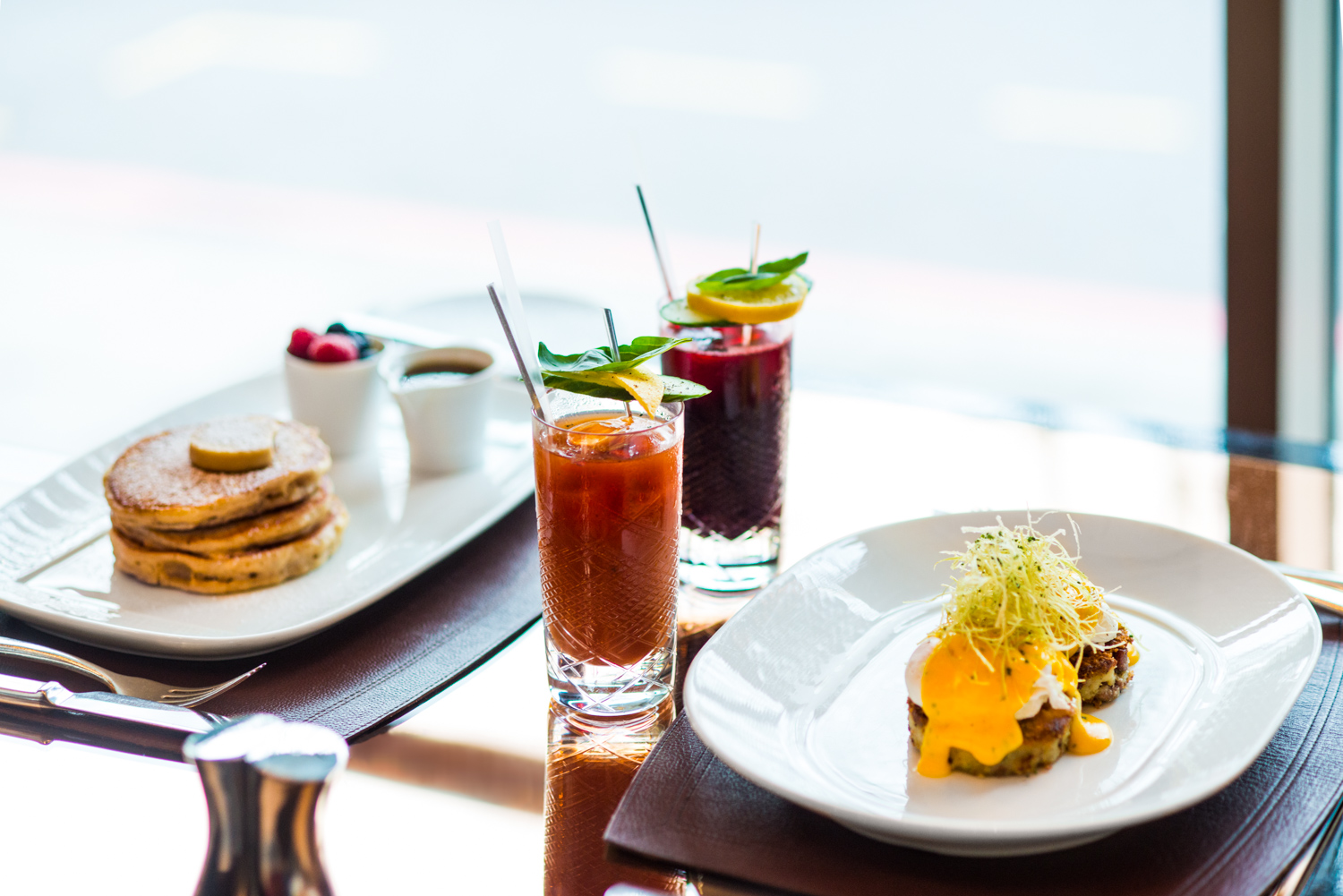 Take your blinders off and try to absorb as much information as you can. CUT at 45 Park Lane is a dynamic and innovative kitchen and new chefs can learn so much there.

CUT at 45 Park Lane opened in 2011 – how do you think Londoner’s palettes have changed over the years?

I don’t believe Londoners’ palettes have changed, but the restaurant scene has. London has incredible chefs coming in creating great things. Everything you could ever want is here!

What current food trends have you seen emerging?

We’ve been noticing a trend for novel dining concepts and pop-ups which is something we have incorporated into our calendar of events throughout 2018, including the Chinois on Main pop-up and some other exciting collaborations later in the year.

We have also seen a rise in the popularity of Japanese flavours in London, which is why we have introduced a new sushi box to our lunch menu, the Chirashi Sushi Box. This is quickly becoming one of most popular lunch dishes with our diners.

CUT at 45 Park Lane is known for steak – what’s your favourite cut? And what’s the best/favourite way to cook it? 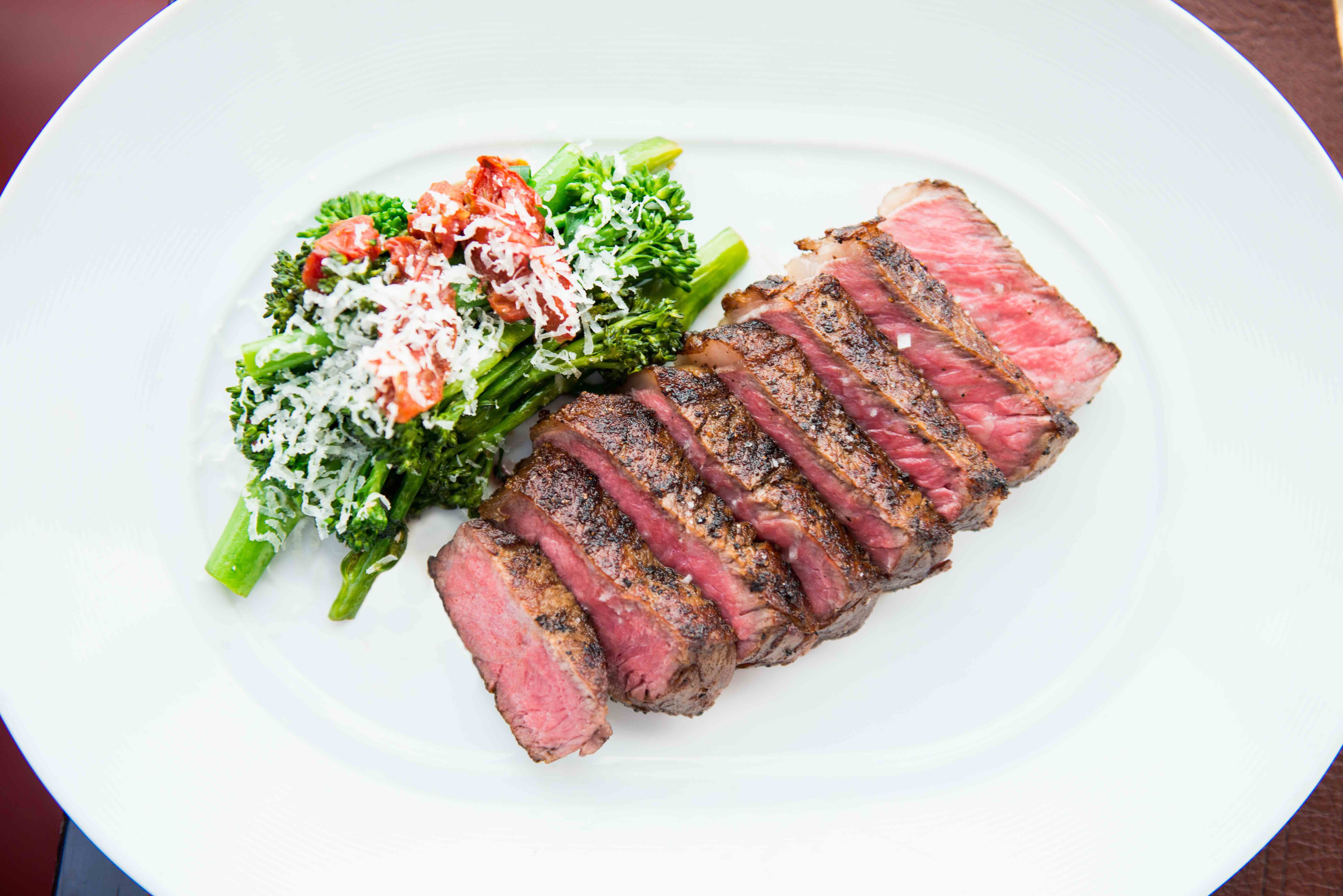 One of your favourite restaurants in London is:

Hakkasan is great for dim sum.

From 27th – 30th June, Wolfgang Puck will be bringing his iconic Chinois on Main menu to 45 Park Lane for an exclusive 4-day pop-up. For more information and to see the menu, visit the website here.