I arrive at Bernard Cohen’s house where he has his 16ft x 16ft light, filled studio. The loveable figure of B C. holds the door of my car open for me in the rain. This is the man I remembered from the Slade. Always kind, always welcoming who infused his students with confidence and assurance by the respect he always gave them.

We settle into his living room and Jeannie, his adored wife of 56 years brings us coffee. Neither have changed much since I last saw them as though time has stood still or been very kind. 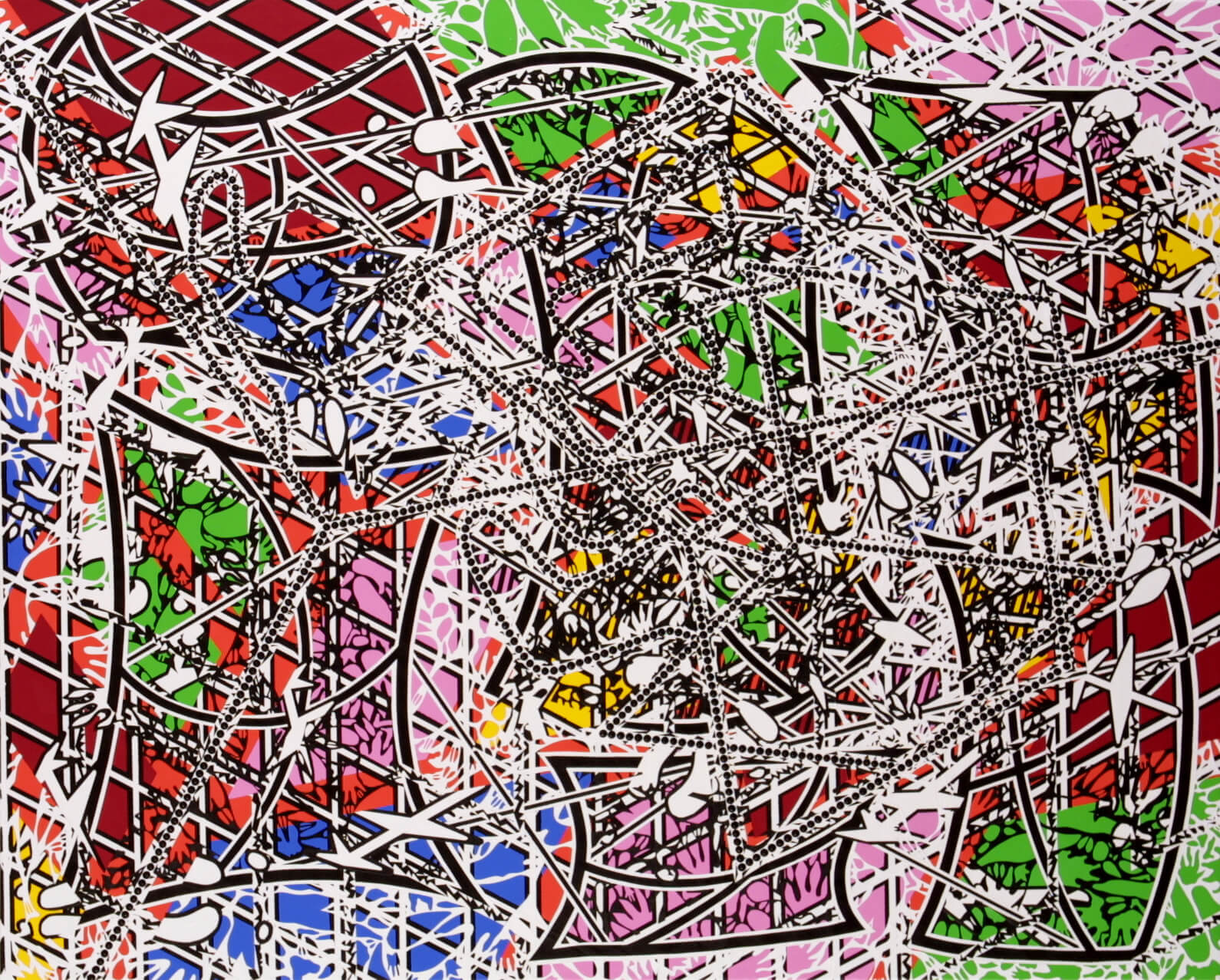 I have always wanted one thing. I see painting as creative process. I have never been interested in something called “art” because today it’s a catchphrase for anything anyone wants to do. I’ve always loved painting and go on learning an enormous amount about it the longer I paint.

Was the love of painting your sole inspiration?

I have painted for neither financial success or social status. Students assume that with proper teaching they would become a ‘success’, I still don’t know what success means as for me success is the journey. I am driven by curiosity and want to know the answers. If you love painting there can’t be anything else in life. There isn’t any where else to go.

Can you tell me more about your influences?

I became concerned about the grace notes in painting, the difference between Cezanne and Monet. One falls in love with the brushwork in Monet. I am aware that I can’t paint that way. I am trying to work without the brushwork. I suppose you could say that it’s the direct opposite of the work of Auerbach. I stopped using oil paint when I took on the issue of the brush mark and have been using acrylic ever since.

What is the inspiration – the starting point of your paintings? 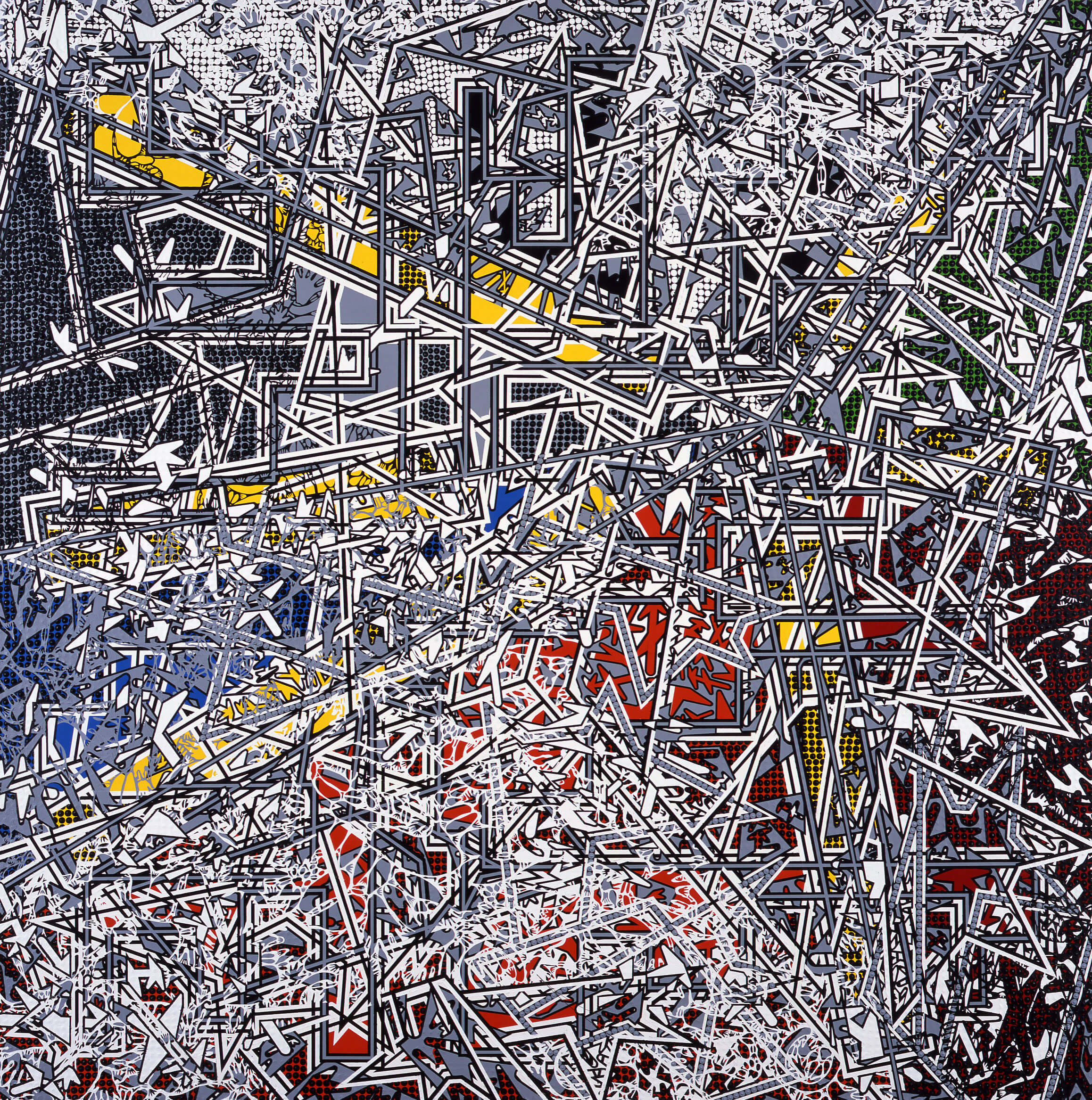 I have always wanted to see something happen on the canvas that I have not seen before. The painting does not begin for me until it does happen.My painting is influenced by the last painting I have done and it follows it on. I have to follow it on, to find out – that’s the learning process. That’s the journey.

So it’s a bit like a conversation with yourself? Painting is a continuous dialogue?

You say to yourself ‘now I have to go on further and put the painting at risk and endanger loosing it because if it’s worth doing ,it’s worth losing and one must not be afraid of losing something good.’ There comes a point in an artist’s life when there is desire to see something happen that hasn’t happened before.

How do you know when a painting is finished?

What is your favourite painting?

Velázquez’s painting ‘Las Meninas’ blew me away when I first saw it the year I finished as a student. It has haunted me ever since.

Can you tell me about this show? 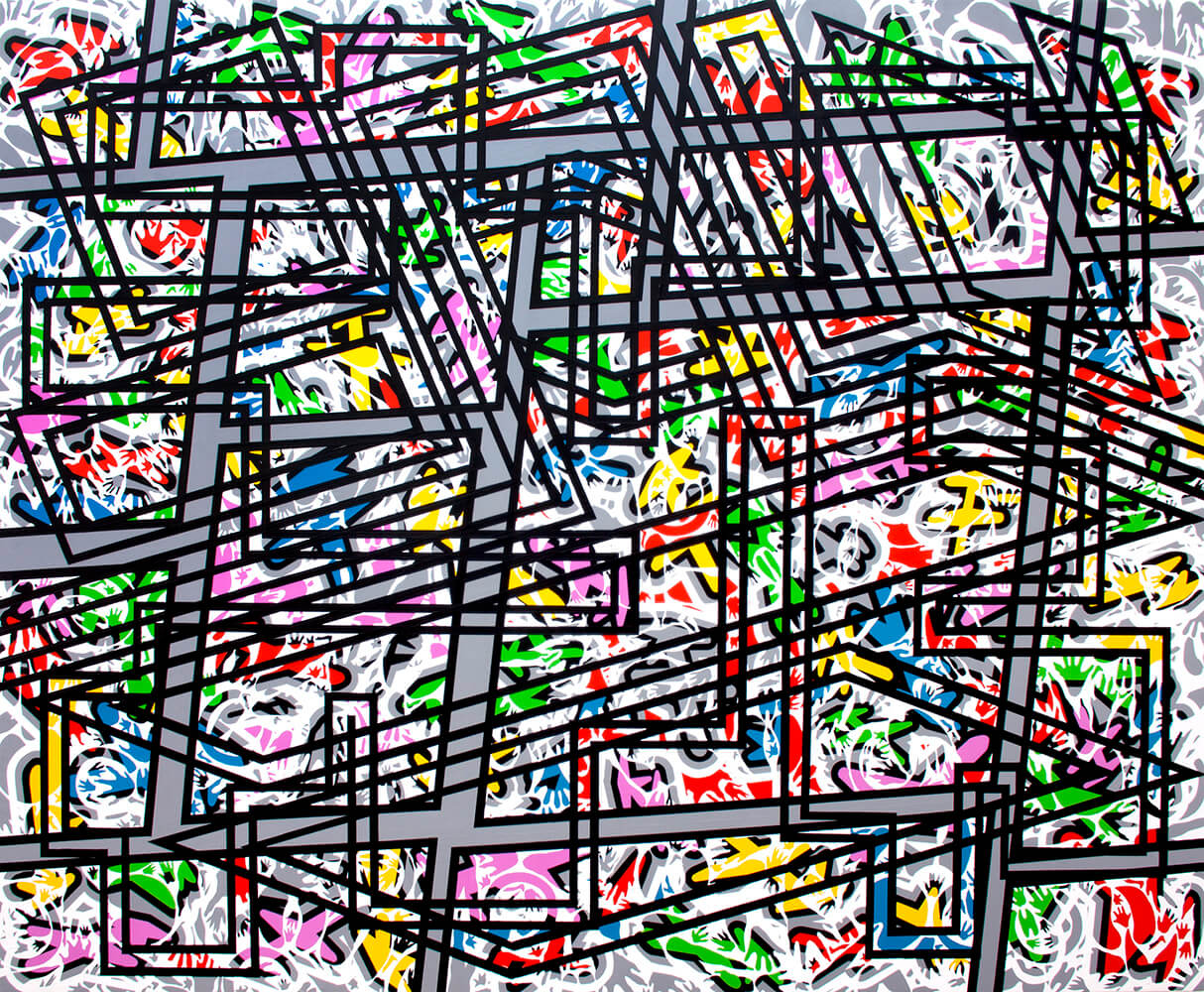 I have exhibited with Flowers Gallery since the mid 90s. The upcoming show is to be a survey of both paintings and prints from the past 15 years.

It must be great to see your work hung together, especially if one painting follows the other. What an interesting visual conversation it’s going to be. Is there any show that you would wish to recreate in its entirety?

I’d like to see the show I put up in the Venice pavilion in 1966. You have to find something that is true for you even if you have moved on. I felt strongly about that exhibition.

Your life as an artist has been one part of your life but you have also made significant contribution to the academic world and to the teaching of students. Some of your achievements have been a landmark.Can you tell me about some of them?

I taught for 43 years and tackled many hurdles on behalf on my students.

I hear you were credited with fighting for Wimbledon School of Art to be kept open and you won. Is that true?

Yes, together with sculptor Glynn Williams. It was some fight and took masses of energy.

What happened when you were head of the Slade for 12 years. How did you improve conditions for the students? 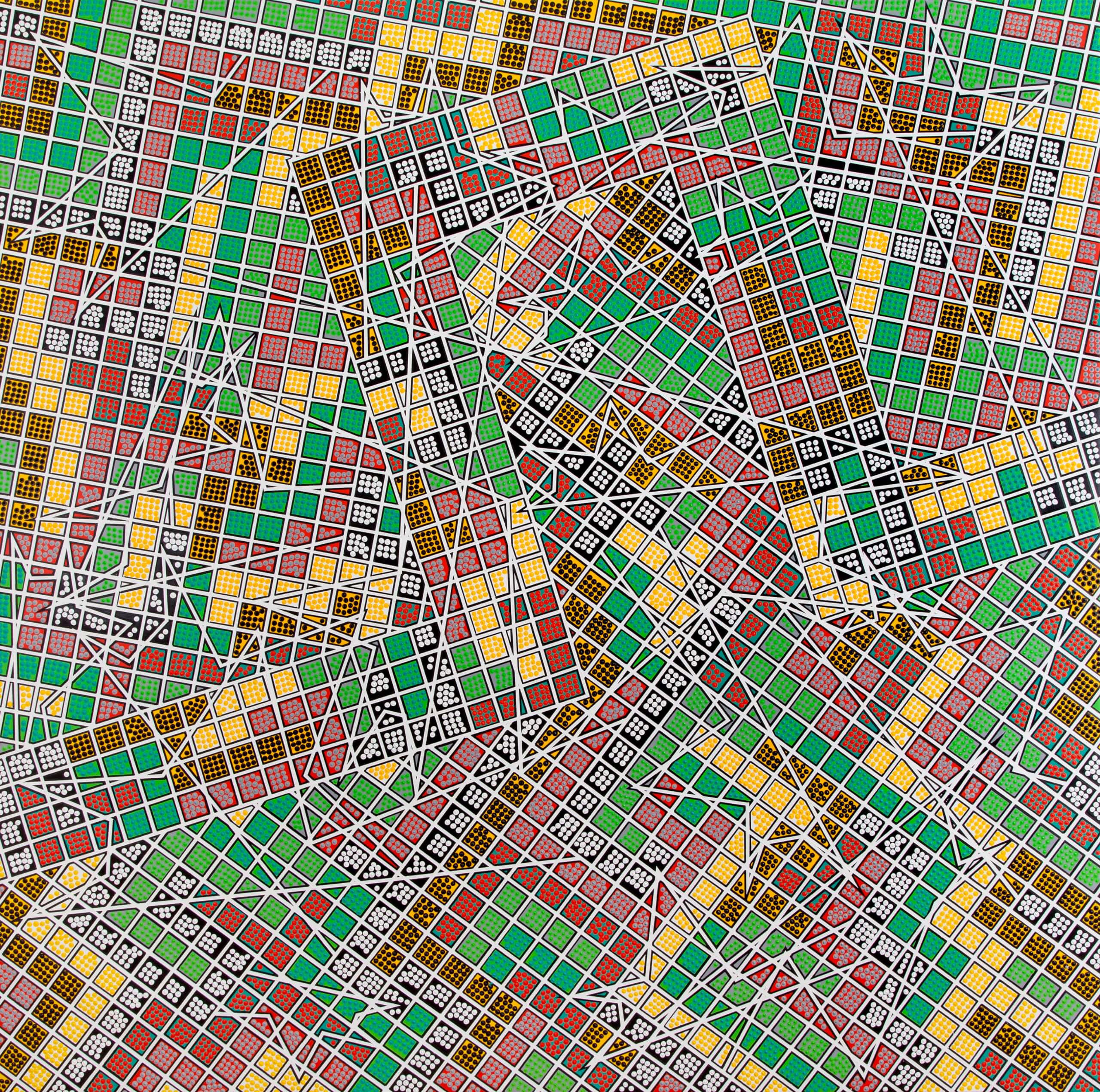 It was at time of government cuts to art schools. There was no technology when I took over at the Slade but by the time I left we had rebuilt the main school and added the technology studio.

Thank you for this interview Bernard and I look forward to coming to your show especially since you have never compromised your integrity to please the art market.

I try to only please myself and am fortunate that I have had marvellous the support of Jeannie.

I left Bernard Cohen’s studio aware that this small ,softly spoken man was indeed a giant. A giant who roared when necessary to attain the best possible facilities for his students and enhance their academic opportunities. 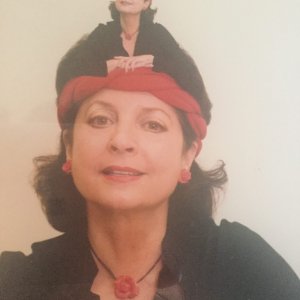