Londoner Annabel Thomas caught the whisky bug, loved the stuff, and decided to open a distillery of her own. Setting her sights on the west coast of Scotland, Annabel founded Ncn’ean in 2012. A young, independent and organic whisky distillery, Annabel has been turning the traditional outlook towards Scotch whisky on its head ever since Ncn’ean’s inception.

Ncn’ean is the UK’s first ever organic scotch whisky distillery and has a stern focus on sustainability, changing modern perceptions  of whisky makers and most importantly, Ncn’ean has created the ambiguous ‘hybrid’ Botanical Spirit which has qualities of both a whisky and a gin without being classified in either of these categories. We chatted to Annabel about the evolving whisky landscape, advice for new whisky drinkers, and being kind to the environment:

Tell us a little bit more about the journey from idea to the Ncn’ean product? 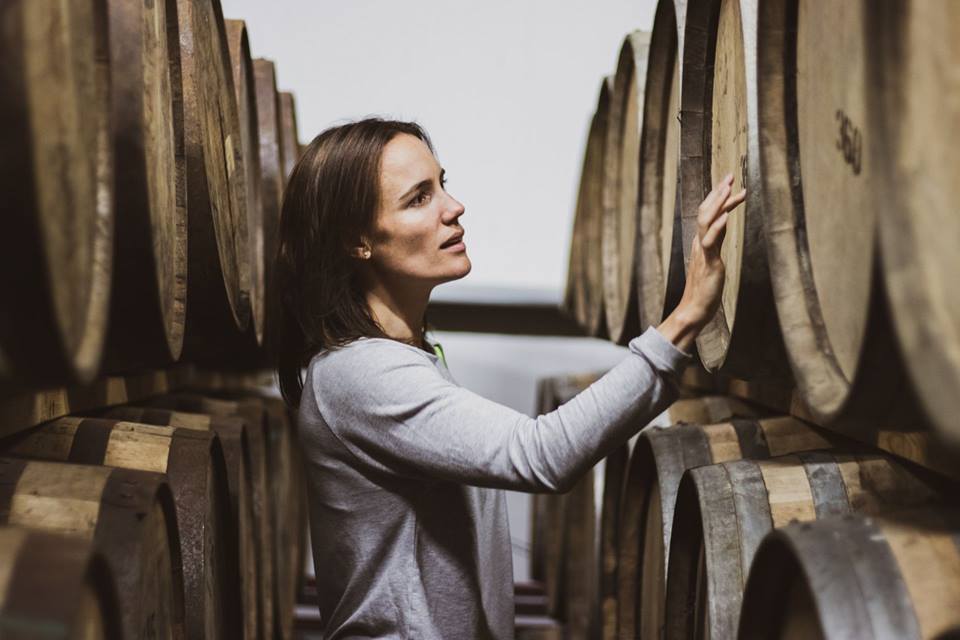 Starting a whisky distillery is certainly a journey, and we’re only part way through it. So far I’ve been working on it for over five years.

The first step in the journey was planning and fundraising. A whisky distillery is an expensive business as you have to invest quite a lot in equipment and then wait at least 3 years while it matures. So raising money took a couple of years. Then we had to build the distillery – which was a great process to see old farm buildings transformed into a beautifully restored, functioning building producing spirit, but also challenging because we are so remote. If you have the wrong sized screw, it’s a 4 hour round trip to get the right one! It was also a big project; we have a huge biomass boiler we had to get down a narrow single-track road, 800 sq metres of warehousing space to build, a 2.5 million litre cooling pond to dig and old buildings to make watertight against the Scottish rain.

The next major milestone was recruiting our team (we are six in total) around January 2017, and then starting distilling in March of that year. Since then it’s really been about focusing on producing the most fantastic quality spirit we can, and finally getting a product out there. This has definitely been the most exciting part so far – something tangible that people can touch and buy and drink makes it all worthwhile. It also gives us the opportunity to get out and tell our story, which is a nice thing to be able to do.

What drew you to produce the UK’s first ever organic Scotch whisky? 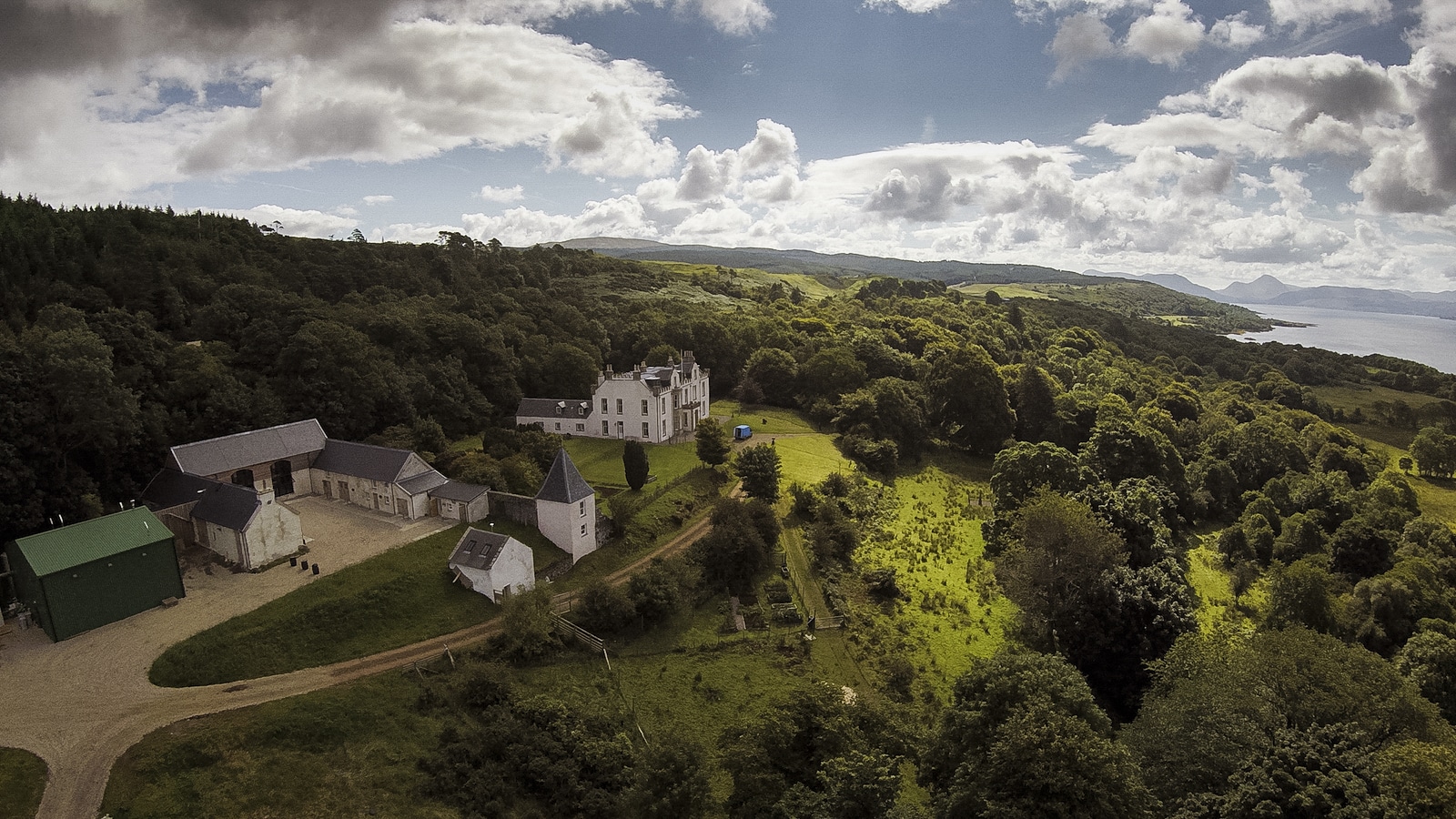 It all started with a feeling that Scotch at the time wasn’t being made the way I would have liked it. There seemed to be lots of traditional brands doing things the way they’d always been done. Which there is definitely a place for, but there is also a place for new ways of doing things. And it was that feeling that really drew me in.

Part of it is about sustainability, and that is where organic comes in – it is about taking care of the land, the farms where our main ingredient is grown. Organic avoids the use of pesticides, fertilisers and other industrial farming techniques which cause such damage to biodiversity, soil quality and general environment where they are used. And the other part is thinking differently about whisky, and especially whisky from Scotland. The traditions and heritage are amazing, but products also need to evolve, and that is what I would like Ncn’ean to be part of. New flavours, new products, new ways of drinking it, new people drinking it.

Why do you think that the whisky sector has largely been associated with men? 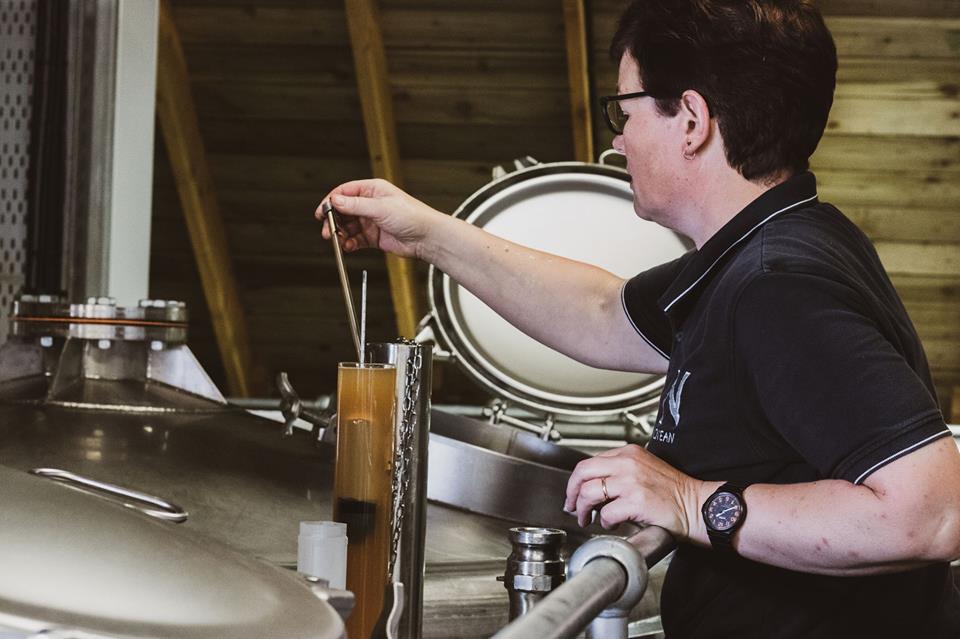 I think it’s the way companies have chosen to advertise it, as a result of long held historical prejudices. The issue now is not so much what has happened historically, but that it is still advertised that way. Two great ladies, Becky Paskin and Georgie Bell are leading a campaign at the moment (#ourwhisky) to try to change that and found some alarming statistics – just one silly example: on some whisky brand’s Instagram accounts, pictures of dogs feature more than pictures of women. The worst thing about this is that it is not actually representative of much of the industry, or drinkers, it is just marketing people being lazy or worse, prejudiced.

How and why do you think the spirits landscape is changing?

It’s always changing, but I think the two most exciting changes are the moment are:

1. Consumers becoming more aware of what they are drinking (they are more aware of what they are eating and buying more generally) and are choosing to buy smaller brands who make the effort to leave the world a better place and where there is a real face behind the brand. I think it’s changing as people become more aware of the impact we are having on the world around us and as people get fed up of the huge corporations out there, who appear to shirk responsibility for their impact behind faceless facades.

2. It feels like a time where there are lots of exciting, new products out there in spirits, where category lines are blurring. Our botanical spirit is an example of that, but there are also barrel aged gins and beer aged whiskies to name but a few. As a result consumers are doing lots of exploring and I think that is a really positive thing. I think this is being driven partly by new small distilleries but also supported by a very vibrant cocktail and bartending scene in the UK and the US.

You’ve challenged perceptions by founding a company in a male-led drinks sector – what advice would you give to other women who are looking to do the same?

Go for it! And make sure you have a quick and witty response for the ‘do you actually like drinking that?’ question! In all seriousness, I haven’t actually found it a barrier or an issue at all, apart from some stupid questions.

What’s the inspiration behind the brand? 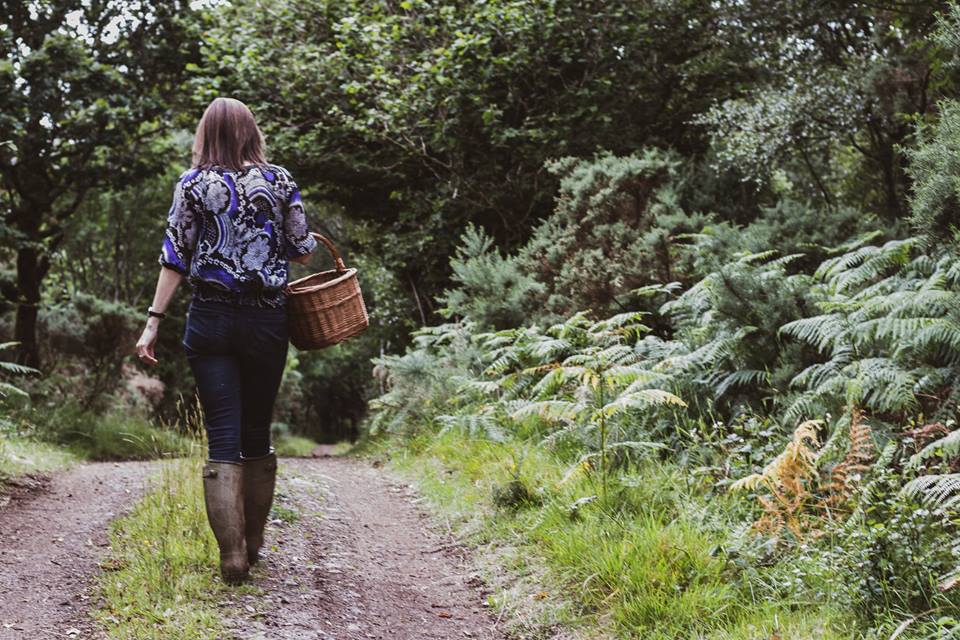 We wanted to pick a name that wasn’t the traditional place name ‘Glen…’ and also represented what we stood for. So we looked back into Scottish folklore and found this wonderful pagan goddess, Neachneohain. She was a huntress, a protector of nature and walked her own path, which we felt nicely represented our sustainable and independent approach.

Her full name is a bit of a mouthful, so we reduced it down to just six letters – Ncn’ean, although it’s still not that easy to pronounce! It’s an interesting word as ‘Nc’ is just like ‘Mc’ in McDonald and means ‘daughter of’, where Mc means ‘son of’ in Gaelic. And once you know that, the rest isn’t so hard to pronounce, you just add ne-an. So Nc-ne-an.

Our colours and logo are also inspired by Neachneohain – she is associated with the forests and moon so we choose lots of plants and trees we find around the distillery.

What measures have you taken around sustainability?

We spend a lot of time thinking about how we can be as sustainable as possible. There are a few big decisions we took up front, for example:

1. Use biomass to fuel the distillery. Distilling is hugely energy intensive, so by using locally grown timber in our boiler, and by re-planting those trees, we save a huge amount of carbon. And when we say locally grown, it really is next door – we drive a tractor and trailer a couple of miles up into the forest and chip the wood ourselves.

2. Buy only organic barley, which really has a big impact on the sustainability of the farms where it is grown. It’s much more expensive than regular barley, and much harder to get hold of, but we think it’s the right decision.

We also try to sweat the small stuff; we buy organic coffee to serve to our visitors, we minimise printing, we use sustainable cleaning products and so on. Whilst we are only small, if everyone made this effort the world would be a much better place. But by no means are we perfect – we know there are things we need to work on and we try each year to improve in those areas.

Talk us a little more about the ‘hybrid’ Botanical Spirit? What was the idea behind the gin/whisky mash-up? 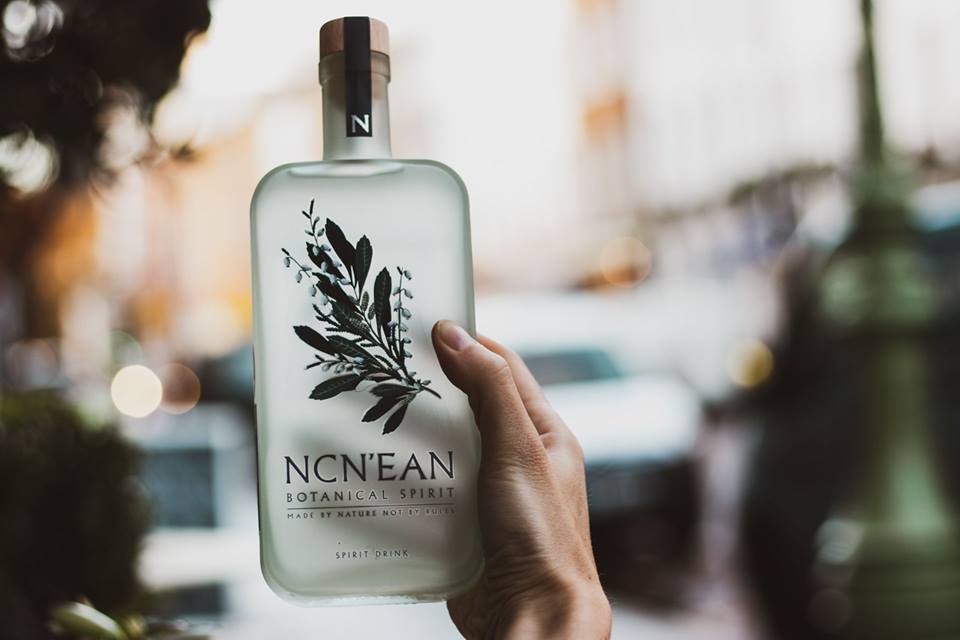 We are really excited by this! It actually wasn’t part of the original plan, but everyone kept telling us that our un-aged whisky spirit was delicious so we started playing around with it. I also went out with a local forager around the distillery and found all these amazing herbs and flowers and plants, so we tried distilling our un-aged whisky with some of these local herbs, and this is where we ended up. We decided to release it just because we thought it was delicious. This first run is only 5,000 bottles, but who knows what the next one will be!

I never set out to produce a gin (there are plenty of lovely ones out there already), and I really like the fact this is based on our spirit that will one day become whisky, yet at the same time is so different from it.

How is Ncn’ean best enjoyed?

We think very simply with tonic and a dash of Angostura bitters over ice. Though if you’re feeling adventurous, there are so many other options – it makes a fantastic cocktail ingredient.

What advice would you give to any new whisky drinkers? What brand? Best ways to drink? 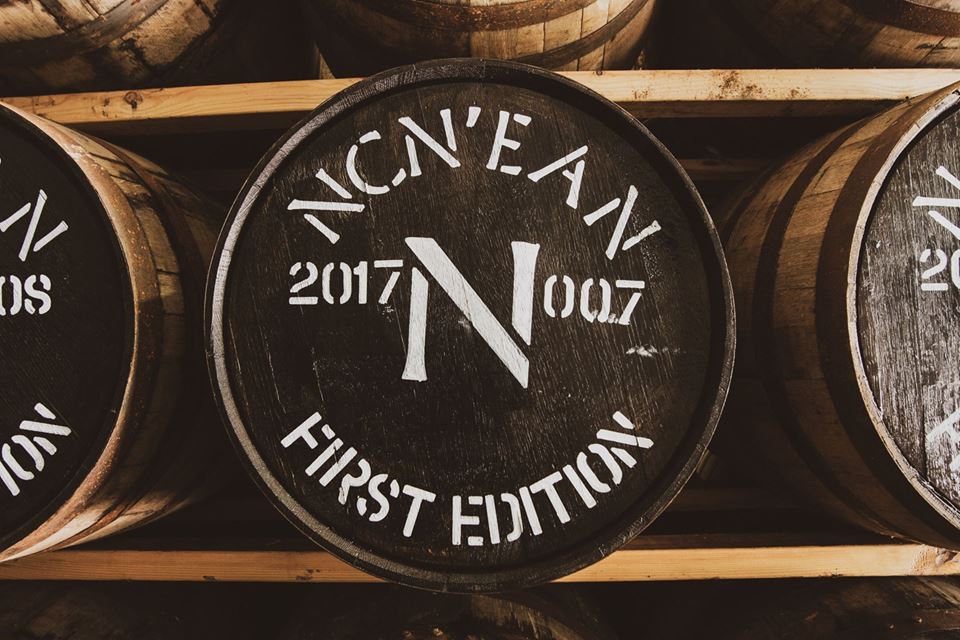 First of all, don’t be scared or put off by all the fluff and terminology and supposed ‘rules’ that surrounds the drink. It’s all rubbish so the most important thing is just to have the confidence to jump in. Having said that there are easier and harder places to start: I wouldn’t start with anything peated/smokey as I think that is a bit of an acquired taste. Unless you are used to drinking spirits neat, I probably also wouldn’t start by tasting whisky neat. Try it in a whisky-soda, or at least with ice. I particularly love Compass Box and Bruichladdich – both have some super delicious, more approachable whiskies within their portfolios and that is where I’d start. But you can short-cut all that by finding a good bar and asking for advice! My favourite is Black Rock in east London – make a beeline for it!

We’re just at the beginning, so in the short-term it’s all about spreading the word – about what we’re doing and why we think that’s important. We have some plans up our sleeve for next year, just a bit of fun, but really we’re looking forward to 2020, when our first whisky will be released! Three years felt like a long time when we started out but it’s gone so fast and 2020 will be here before we know it.