Life / Entrepreneurs / About Time You Met: Andy Shovel and Pete Sharman, Co-Founders of THIS

Share
Tweet
Share
Pin
0 Shares
THIS is one of the fastest-growing UK plant-based meat start-ups run by two friends, Andy and Pete, who were both former meat lovers. Since launching last year, THIS is available in over 3,000 restaurants and stores, including Tesco, Sainsbury’s, ASDA, Waitrose and Ocado. we chatted to Andy and Pete about their award-winning plant-based bacon, the evolving vegan landscape, and their meat-like products:

Can you tell us about THIS? 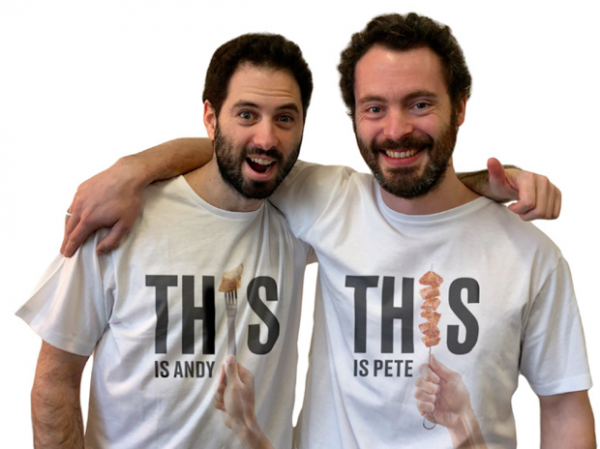 We create hyper-realistic plant-based food that delivers on taste, texture and appearance by working with world-leading scientists and flavourists. Our meat alternatives are made from a pea and soya bean base and are arguably the most realistic chicken and bacon alternatives in the world.

You both used to run a burger chain before THIS, can you tell us what happened?

We made a bit of a u-turn. We sold Chosen Bun in 2016 when we realised the problems with high meat consumption.

Whilst Andy is now vegan and Pete still eats meat for testing, as former full-on meat-eaters and lovers, we found it hard to find alternatives that genuinely had a likeness to meat and tasted really good, so we used our meaty insights to launch THIS and target a more mainstream audience like ourselves.

What is your bestselling product? 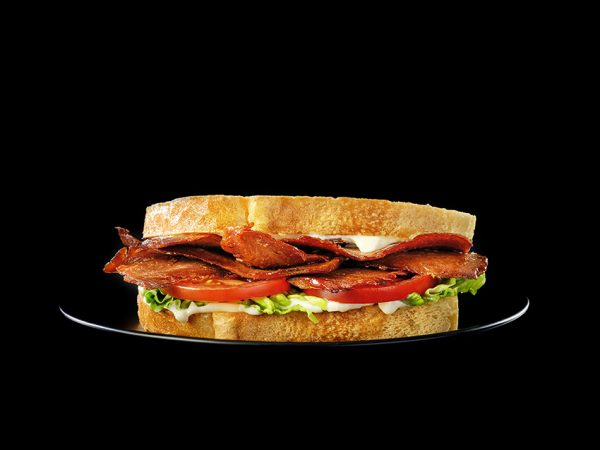 Our This Isn’t Bacon. We’ve sold over 4.5 million portions this year in supermarkets and we launched the UK’s first vegan bacon sandwich at Coco di Mama. Bacon is one of those things that people say they find hardest to give up or cut down on, but we’ve had great reviews about its crispiness, texture and taste. It’s won some awards too.

What do you think of the current vegan food scene?

The UK is one of the highest growth markets for plant-based food and the latest technology has allowed for brands like ours to create some pretty innovative products that have a close resemblance to meat. It’s definitely come a long way from bland and Frankenstein-like foods that made people nervous about the vegan food scene.

What makes you guys different from other vegan products?

As a brand, we like to joke around, and don’t believe in making people feel guilty or preaching to them about their life choices and eating meat.

Our products are designed for the mass market and meat lovers who want to reduce their intake so we make alternatives that genuinely resemble meat. We want people to enjoy plant-based food and help disarm any negative preconceptions about it.

How long did it take from your first idea to launching THIS? 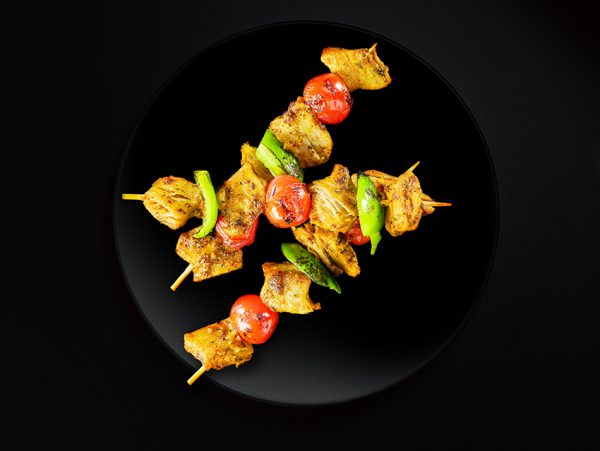 After selling Chosen Bun, we knew that sustainability had to be a part of our next venture. We spent two years doing research and development, and partnering with experts in texture science and flavour before launching THIS. We wouldn’t want anyone to taste the very first trial products we made – it’s a world away from what they are now!

What advice would you give to other food start-ups?

It would be the best piece of advice that was given to us by Julian Metcalfe, the founder of Pret and Itsu, which was to let your customers fall in love with every touch-point and every interaction they have with the brand. Don’t just let your customers like it, let them LOVE it. It’s something we’ve taken to heart and find so important for brand love and loyalty.

How has the pandemic affected your business?

We have been fortunate as our growth hasn’t been hindered by Covid-19. We’ve seen people buy more plant-based food as well as a spike in demand from supermarkets. In the first lockdown, our retail sales doubled, and we’ve seen our sales increase by 40% so far during the second wave.

What’s the future for THIS?

Over the next year, we have ambitious growth plans and are focussing on releasing a line of new hyper-realistic meat alternative products. We’re investing in a Willy Wonka-esque state of the art plant-based innovation centre to help us get there, so we’ll be keeping ourselves busy on growing the business.