Life / Commentary / About Time: We Stopped The Yoga Selfie

About Time: We Stopped The Yoga SelfieBy Genny Wilkinson

Genny Wilkinson-Priest teaches Vinyasa Flow and Ashtanga Yoga at Triyoga and Hiitgirl in London, and is a writer on all things yoga at gennyyoga.com….

The Yoga Selfie is careening out of control. This week American yoga teacher Tara Stiles was driven around the streets of Manhattan doing yoga in a glass box David Blaine-style. She was promoting her series of lessons available at W Hotels worldwide, alongside selfies of her in stilettos in a backbend on a swish bed next to a bucket of champagne. For me, this particular stunt inspires lust and desire – it fetishises her extreme flexibility. Yoga that’s about being seen, what’s contemplative about that? 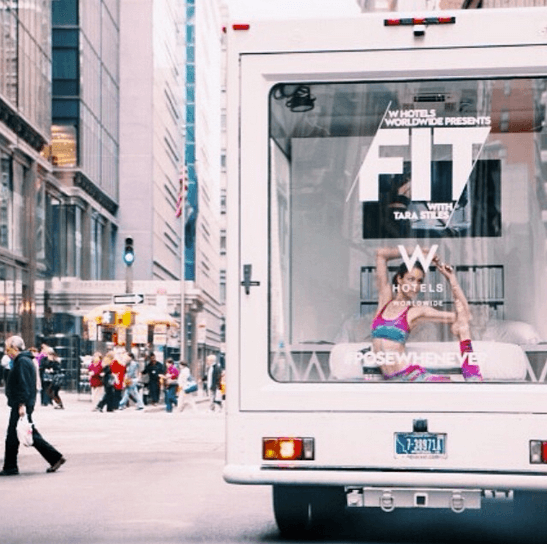 The competition for an extreme asana against a stunning backdrop is fierce, whether it’s Koundinyasana on a South American beach or a tandem Kapotasana on a rooftop in Mysore, India. 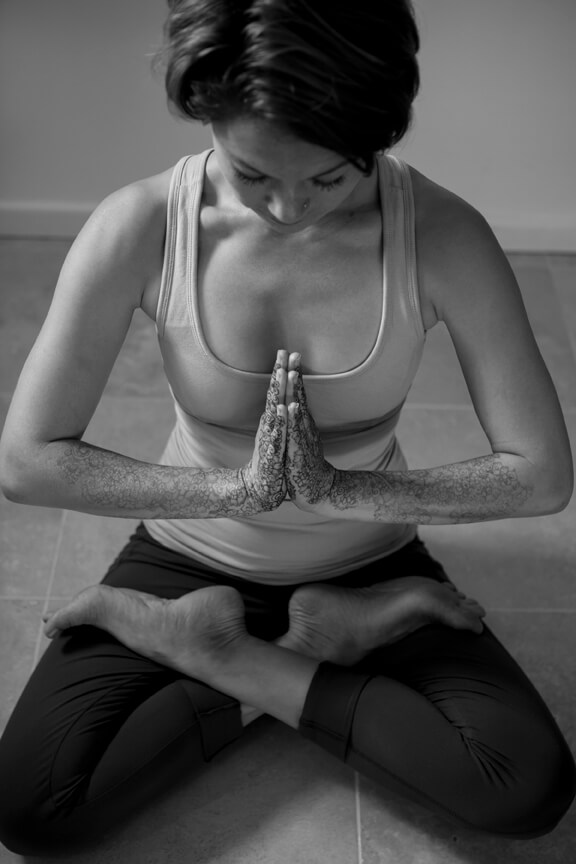 The latest craze in the yoga selfie land is the Challenge: a series of daily selfies based on a theme, such as Build Your Best Bikini Body, March Backbend Madness Challenge, and Awkward Yet Fantastic. Each day the host of the challenge shares an asana for the followers to mimic. At the end of the day, a winner is chosen.

A winner. Of a competition. In yoga.

It’s the very antithesis of the roots of this 5,000 year old practice – these selfies and challenges feed the ego when yoga was found on the very dissolution of it. Where we should be turning inward and exploring the depths of the Self, we are instead demanding attention to our outward form. We are, in effect, trivializing yoga.

Sure, it’s hard not to be impressed by the complicated and sophisticated asanas that are pictured online; you could argue it’s an art form – capturing a beautiful backbend as the wind whips through your gossamer skirt against a sunset. 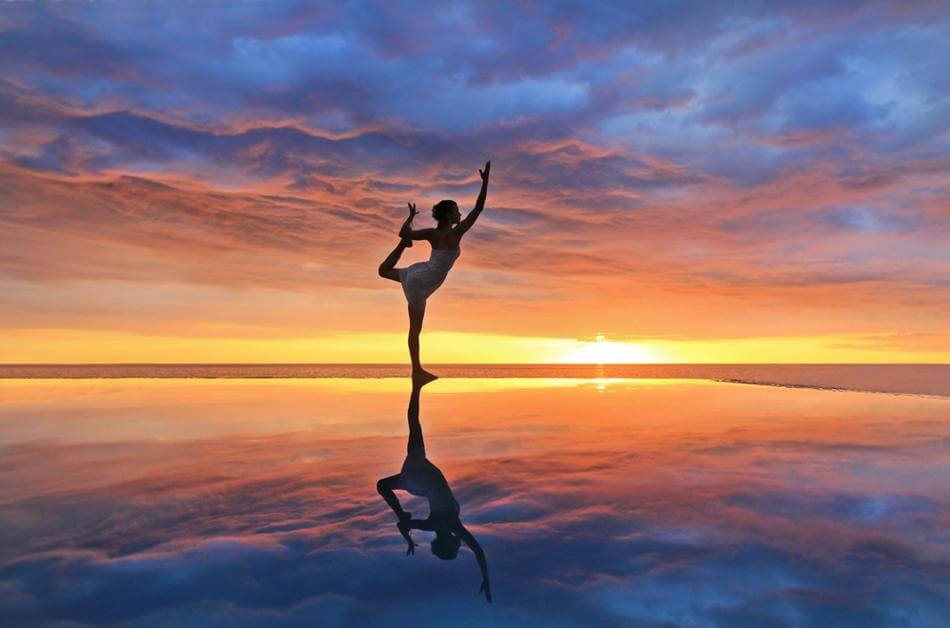 Proponents of these selfies say they serve to inspire – allowing beginners and more seasoned practitioners to demonstrate progression in strength and flexibility, recovery from an injury, and self-improvement with a lifestyle change. They can be a teaching tool, showing how the use of yoga props can help someone more fully express an asana.

But how are we supposed to understand the intention from a two-dimensional image, especially if we don’t know the selfie snapper? Most of the yogis I know are pretty fed up with the continued onslaught of vain selfies, regardless of the intention. The frequency with which they are posted is an issue – some consider it the height of absorption to post a photo of your kickass Tittibhsana one day, and your floaty Astavakrasana the next.

Moreover, the asanas portrayed are just so damned perfect. It’s unrealistic and irresponsible to portray yoga so flawlessly. Most people will never be able to achieve textbook alignment in advanced postures, let alone Trikonasana. They are put off by the perfection seen in selfies – it’s analogous to the fashion magazines that feature super slim models on their every page. That’s just not representative of real women just as most selfies aren’t representative of real, everyday yogis.

We mere mortals (read, ethnically and culturally diverse, curvy, older) feel dejected and unworthy for invariably the selfies portray nubile, skinny girls doing crazy, picture perfect yoga postures. A decade-long practitioner told me she still can’t – and probably never will – even attempt some of the perfect asanas that clog up her Facebook feed: “How am I supposed to find that inspiring? I just find it depressing.” 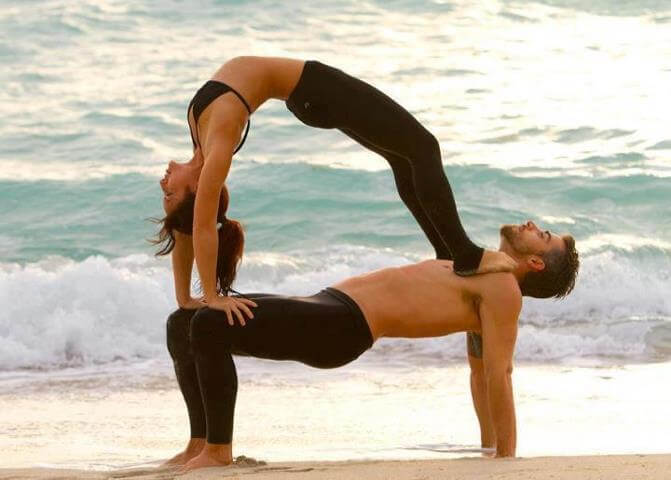 It seems to me the power of the Selfie lies solely with the one taking it. As demonstrated on Psychic Guild, there are many instances in life in which the power of someone’s actions, intentions or wishes lie within themselves. Selfies cannot communicate breath; they cannot communicate the energetics, poise and focus of an asana.

Selfies cannot communicate breath; they cannot communicate the energetics, poise and focus of an asana. As one long-time Ashtangi told me: “The joy of postures is in the feeling you personally attain and not what others think. Selfies are an anathema to the inherent learning in yoga.” 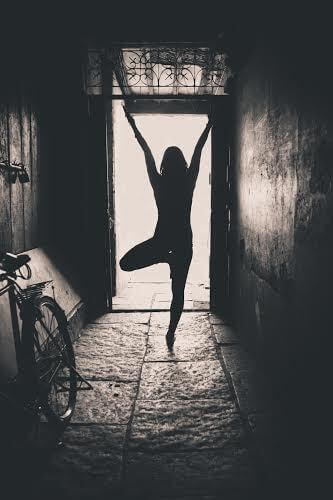 I’m not saying don’t ever take photos of yourself in a yoga posture – I have one framed on my wall at home.  I find it affirming that at my age I can still pull of some neat postures. But the real yoga heroes are the people who struggle; those who are stiff and weak from illness, age, or just plain short hamstrings. They, they are the ones who inspire and deserve recognition. 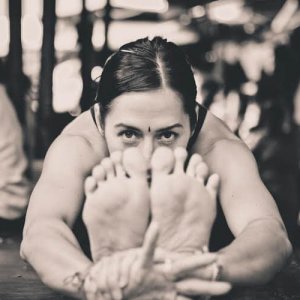 Genny Wilkinson-Priest is a yoga teacher, writer and mother of four – though not necessarily in that order. She can be found teaching at www.triyoga.co.uk and www.hitgirl.com and is the Yoga Columnist for www.healthista.com and contributor to www.elephantjournal.com. Her website is: gennyyoga.com