Life / Commentary / About Time: You Asked Why Kanye Was Booed At Wireless

About Time: You Asked Why Kanye Was Booed At WirelessBy Tom Stevenson

Yesterday I saw Kanye West perform at Wireless festival in Finsbury Park. Drake was ill and unable to travel so Kanye filled in, having performed on Friday too. Just as I was about to cut a deal on Twitter for tickets, I got an email asking if I wanted to work the festival instead. “How close am I to Yeezy?” I replied. “We can’t make any promises,” they said. I took the risk.

I arrived at my bar to find around twelve pint-sized seventeen-year-old girls working off the price of the ticket and struggling to see over the bar. “This will be easy”, I thought. I started chucking a few bottles around and doing some flair cuts (when you stop the stream of pour in an impressive manner). I broed down with the manager, taking an interest in his company and tolerating his chauvinism. Status established and I was able to come and go as I pleased for the rest of the day. “Shaun, I’m going on a break to watch Schoolboy Q and errrr watch the Cirque contortionist girls. Phwoooar.” “Nice one, mate”. When Kanye came on I just left and never came back.

On my Wiz Khalifa break, I took in the scenery and the wildlife. I don’t spend much time in big crowds these days. I watch my football on TV and I do my drinking in small bars. I don’t do festivals. I looked around me and all I could see was consumption. Not only the mass-produced food scattered across the grass or the overpriced beer in every hand. It was the brands – the fitted caps, the Air Max’s, the streetwear tees that I know cost £35 a pop. “All these people are about to belt out the hook to New Slaves” I thought. “They don’t get the irony.” 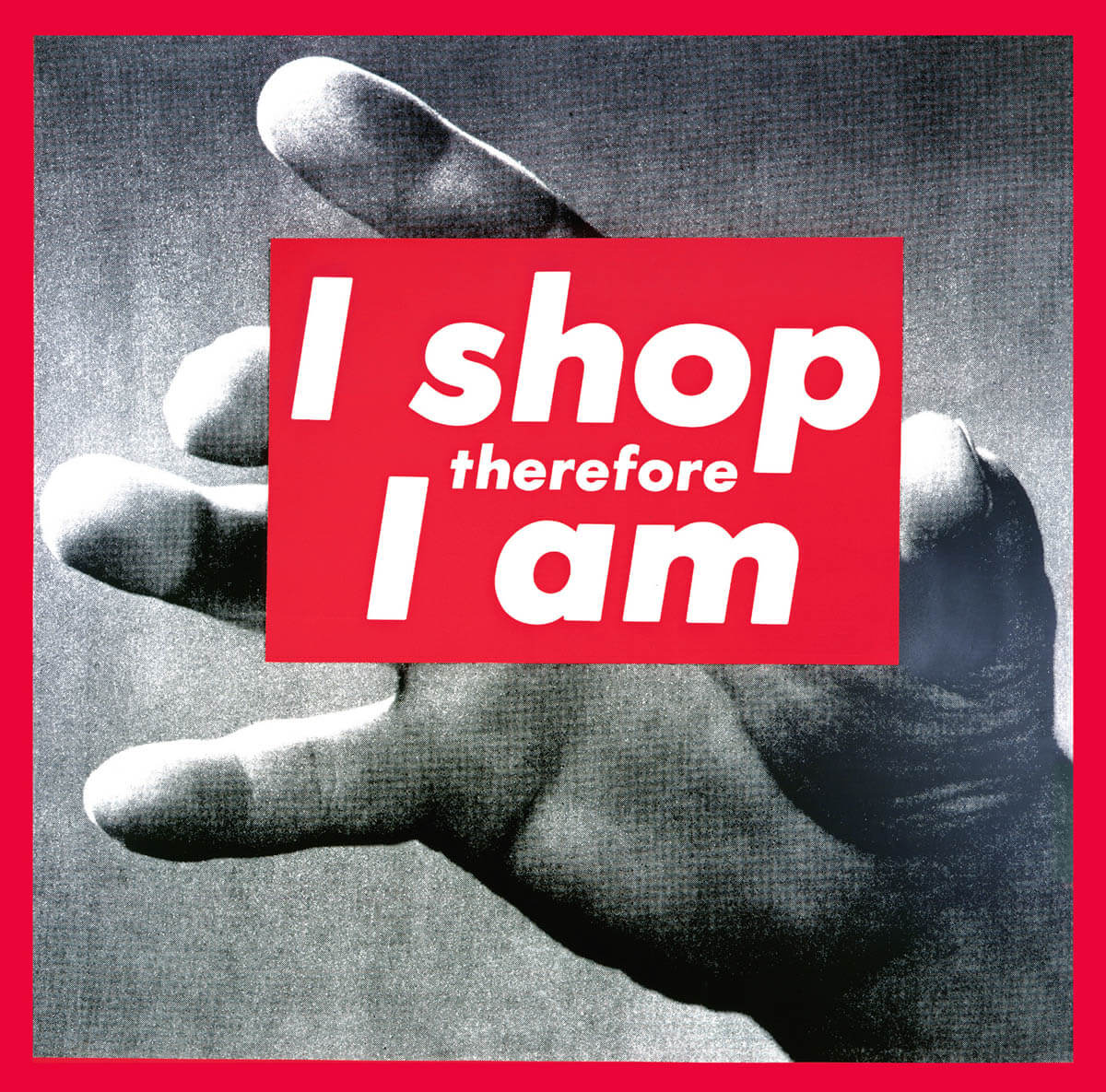 A girl at the bar tells me that Kanye was booed the night before. He went on a ‘rant’ about the fashion industry and the crowd got restless. This didn’t surprise me. A few weeks ago a half an hour documentary appeared on Youtube called Kanye West’s New Testament. It’s not yet confirmed whether this came from the Yeezy camp or whether it was pieced together by fans. It is a series of powerful nature images, scenes of distress, triumph, adversity and creation set against a collection of famous Kanye ‘rants’. “I’m the new Disney, Warhol, Michealangelo…I’m a creative genius. I am the most influential voice in pop culture in the world right now and I’m gonna use it”.

Kanye addresses a wide range of hangups, but the gist is, which is also the central theme of Yeezus, is that he sees his role in this world not to make nice with the media and the other celebrities and make perfect music anymore (My Beautiful Dark Twisted Fantasy is one of 12 albums to get a 10.0 from Pitchfork), but to make a crack in the matrix. There are soundbites in Yeezus that are so beautiful, but they are followed by a rasping surge on an 808. He gives you a beautiful image “Black girl sipping white wine” then takes it away “Put my fist in her like a civil rights sign”. He can make perfect, but that’s not his path anymore.

Half way through his set, just after the perfect Runaway, Kanye set out on a different ‘rant’. The people who had been yesterday and anticipated the same took this chance to dart out and get another 10 pint. Kanye said that he had just given a deposition having been sued by a papparzzo. This papparazzo was the same one who went after Britney Spears when she really lost it in 2007. Kanye was walking through an airport when he found out his grandfather was about to die. He told the crowd that when he was 30 he had both sets of grandparents and both parents. He’s now 36 and he had one of those six left. The paparazzo kept harrassing him and so Kanye went to take the camera away. The man fell over began rolling around on the floor like Arjen Robben and paramedics were called to the scene. 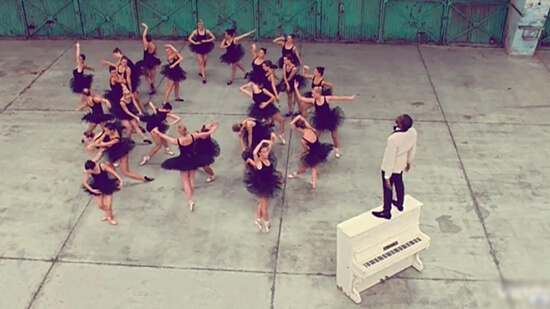 “BOOOOOOOO” screamed the crowd. “OFF! OFF! OFF!” squeal a cluster of girls in front of me. “Get of the stage you fucking cunt,” yells a guy behind me. His girlfriend laughs. I look around me and they’ve all lost interest. Back to the phones and the selfies. It reminded me on one of Kanye’s disciples, Pusha T who in Sweet Serenade raps “This Sergio Tacchini life we uphold/You just posing for them pics so you can upload”. All they want to do is wear cool clothes in cool places so their online acquaintances think their cool. The tragedy is that the people don’t realise that in the hook on New Slaves, “There are leaders and there are followers/But I’d rather be a dick than a swallower” That they are all swallowers. They swallow booze, food and marketing. They consume and consume and they don’t listen to the man on the stage producing. Leaders and followers. Consumers and producers. Dicks and swallowers.

In New Testament, Kanye complains Nike won’t work with him because he’s a rapper. Kanye can’t understand why these corporations don’t see that creativity is transferable. “I’m not a real rapper”, He says ” I went to art college. I just made my money from rap music”. But what do the people say?, “Ya’ll a singing group ain’t ya. Sing something then.” Kanye looks resigned. He gives in and sings something like a good singing group should. He churns out Touch the Sky, Good Life, Run This Town, All of the Lights and All Falls Down. The crowd go wild and thrown their hand diamonds up again; he’s given them something to consume again. 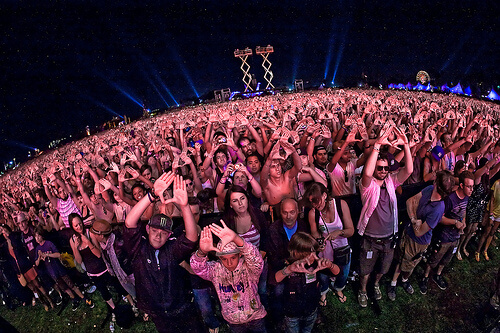 Kanye is not saying. “I’m a creative. You’re not. I am better than you.” He is saying that everyone has the capacity to be awesome. He wants to inspire a generation of people to shun corporations, branding and marketing. He wants people to do what they love and make great art. “I’ve realised that my dream is every dream” he says in New Testament. “I want to do a store. I want to make apartment complexes. I want to build cities.” This man is pioneering a movement and he is asking the question “Is it possible to not only be a creative and a businessman, but also be a creative and a businessman in everything? Can you not be a rapper slash architect but just a creative and be accepted for your ubiquitous genius?” The people should savour these shows because there will be less and less of them. Yeezy is moving on. The shows are now just capital for the next project. The man with all that power is out looking for more and I believe him when he says he is the most influential voice in pop culture right now. And we need his voice because this diet of processed food, mobile uploads and social validation through brands is killing our bodies and brains. So echoing the end of The Blame Game, “How did you learn to produce and not consume?” Yeezy taught me.