Do you like eating with your hands? Good, then we can be friends. This week, we’ve teamed up with amazing Korean sauce brand Yogiyo for a whole week dedicated to Korean foodie goodness, for #YogiyoKoreanWeek – find out more by following them on Twitter here and liking them on Facebook here. If you’re looking to get creative in the kitchen, check out their video for awesome Korean burritos you can make at home:

To celebrate the special week, we’ve discovered some of the best Korean chicken wings in London, they are all cracking: 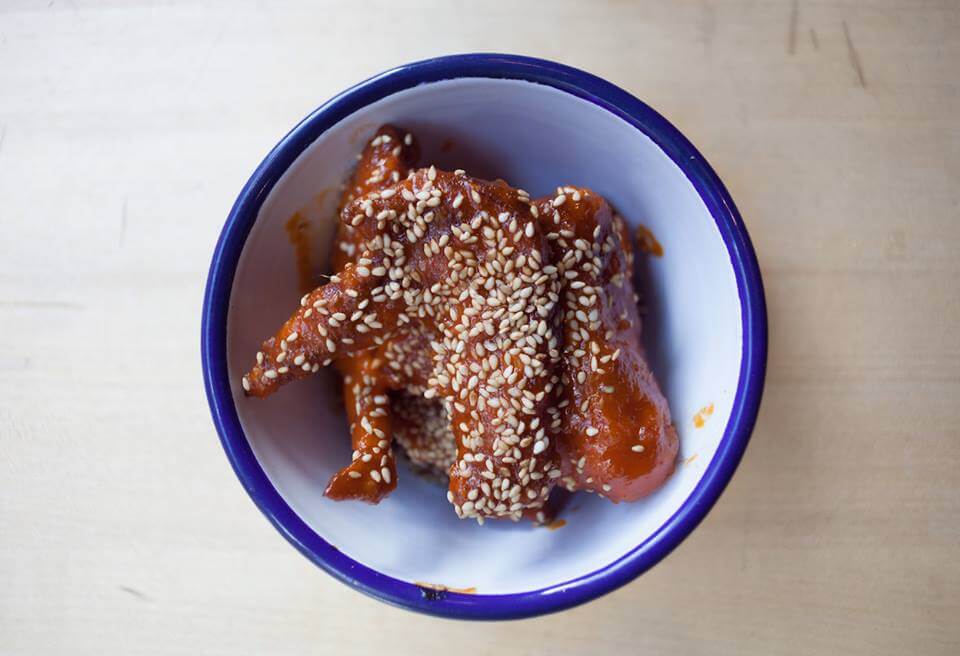 Why: Shackfuyu is the sister restaurant to Bone Daddies and Flesh & Buns. The once pop-up restaurant has firming settled on Old Compton Street, cooking up Japanese flavours with a global twist. Don’t only come for the Korean fried wings which are both sweet and sticky, come for the prawn toast. If you’re ever wondering where to get your hands on the Kinko French toast with Matcha soft that has been clogging up your Instagram feed – it’s this place. 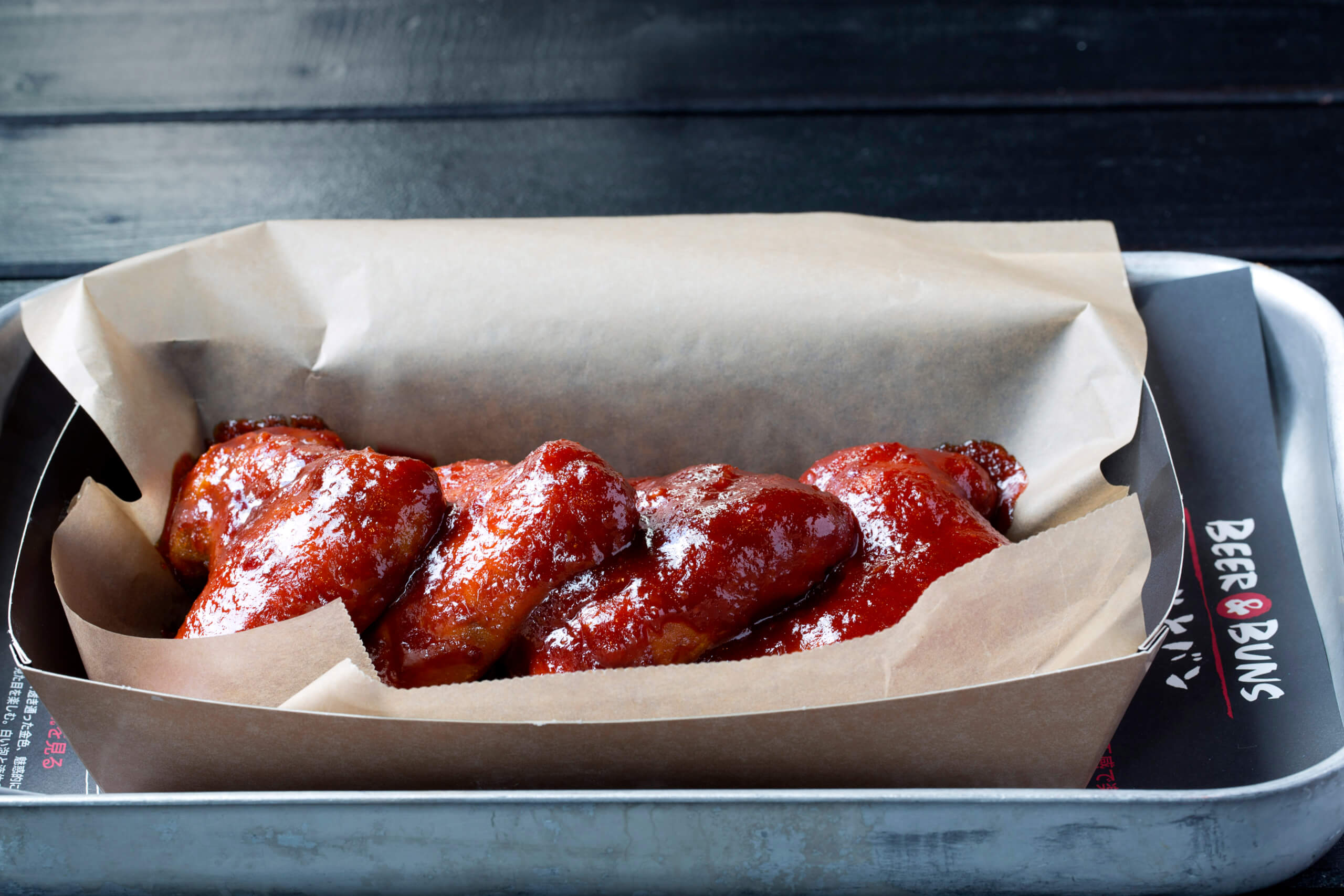 Why: Beer & Buns does exactly what it says on the tin – it sells a variety of Japanese craft beer and soft, pillow-like steamed ‘Hirata’ buns filled with a choice of delicious fillings. Not only that, they serve up their amazing chicken wings which are marinated and then triple fried to crisp perfection. And, that’s not the best bit, opt for either the Korean hot sauce, Tebasake Soy Garlic or Sweet and Spicy. 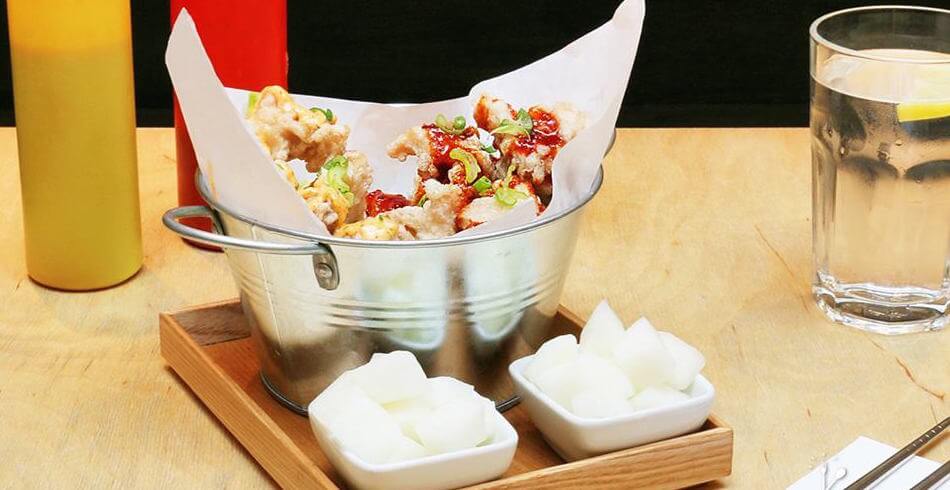 Why: Bibimbap is London’s answer to modern Korean nosh. As the name suggests, their menu is an ode to the well loved Korean dish – bibimbap. They’ve got tons to choose from; chilli chicken, tofu, fillet beef and kimchi. Their KFC (Korean fried chicken) are saucy little numbers. Here, it’s all about putting down your chopsticks and cutlery and get your hands involved. The kimchi mayo comes highly recommended by us. 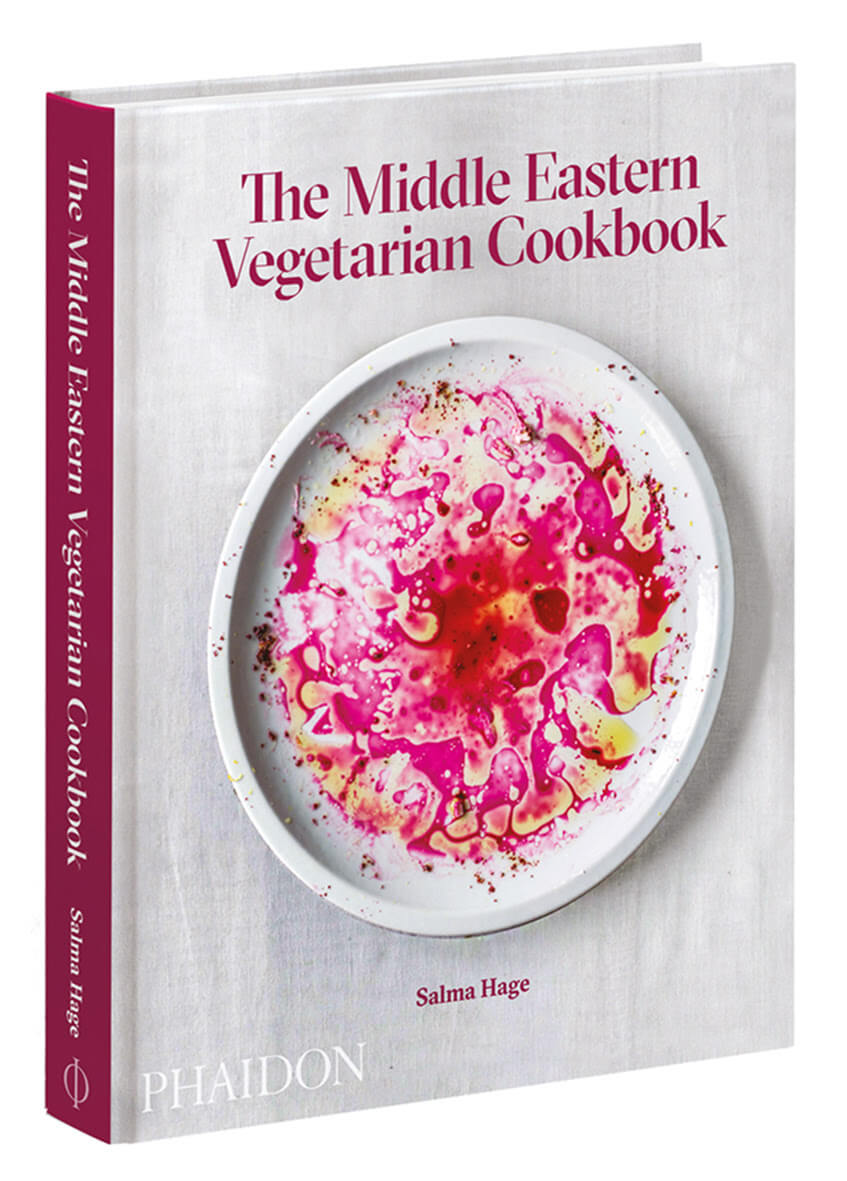 Why: Taking London by storm with their Korean street food, On The Bab brings the latest Asian dining experience called ‘chimek’ to London, pairing together Korean fried chicken and beer. Their Yangyum chicken is a Korean twist on fried chicken, which is coated in batter and served with crushed peanuts. There are four flavours to choose from including special soy, sweet spicy, garlic mayo and seasoned spring onion. That’s what we’re talking about. 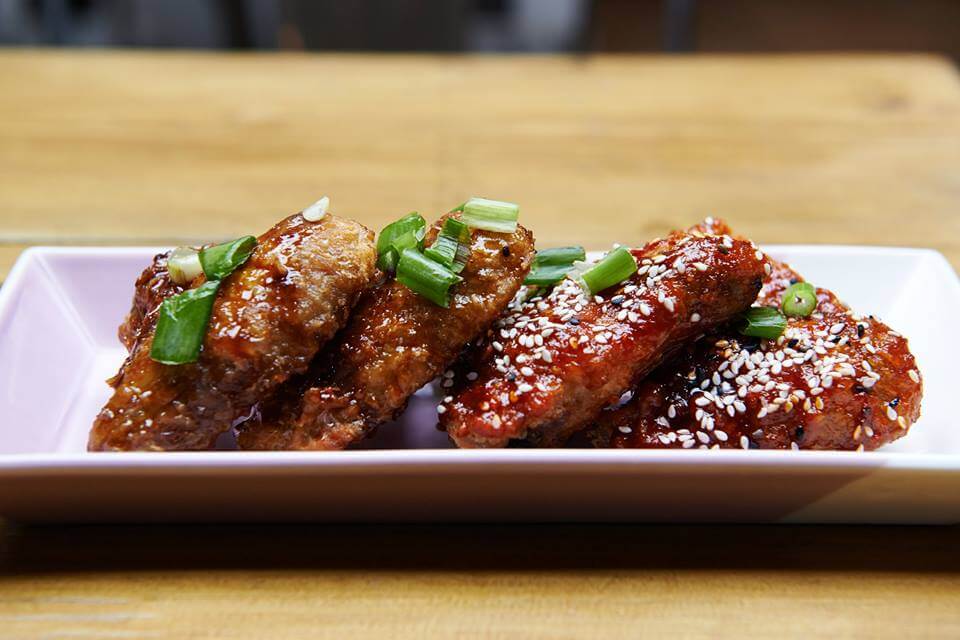 Why: To get your Korean chicken wing kicks, Jubo delivers on all fronts. Sack off the bar bites and noodles, and go straight for the chicken – it’s what they’re known for. At Jubo it’s all about you, pick either chicken wings or strips and your preferred coating. The honey butter marinade is simply delicious – gloopy, crispy and utterly dreamy. If you can’t decided between flavours, you have the options of going ‘half and half’. 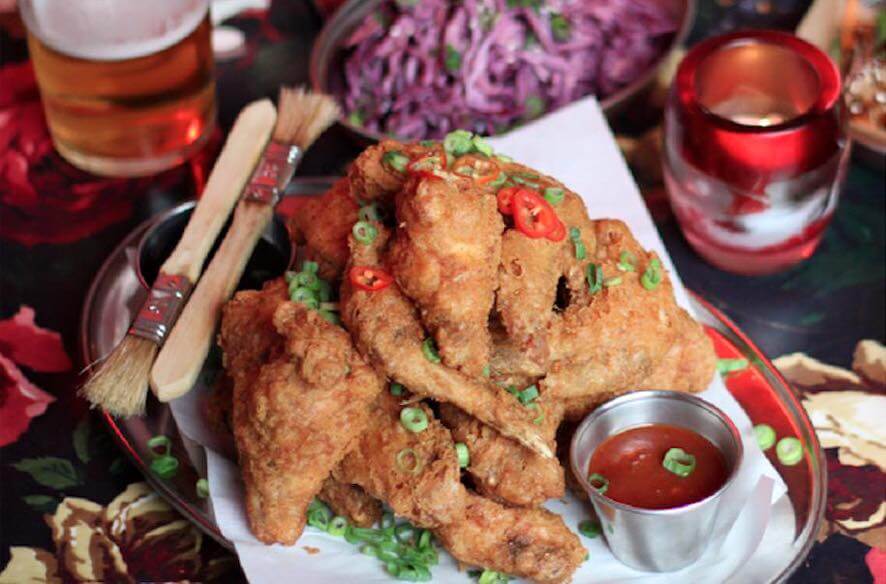 Why: Wingman Chicken have got a very good thing going on. They knock up some pretty impressive Korean style fried chicken – dig into wings, tacos and burgers. You name it, they’re frying it. While their bunker buster burger is a meaty delight, it’s the chicken wings that has us hooked. Bite into the wings and you’re greeted with a crunchy vodka and sesame batter, a gutsy napalm sauce that’s just the right amount of hot and the ‘General’s Sauce’ for an extra zing. 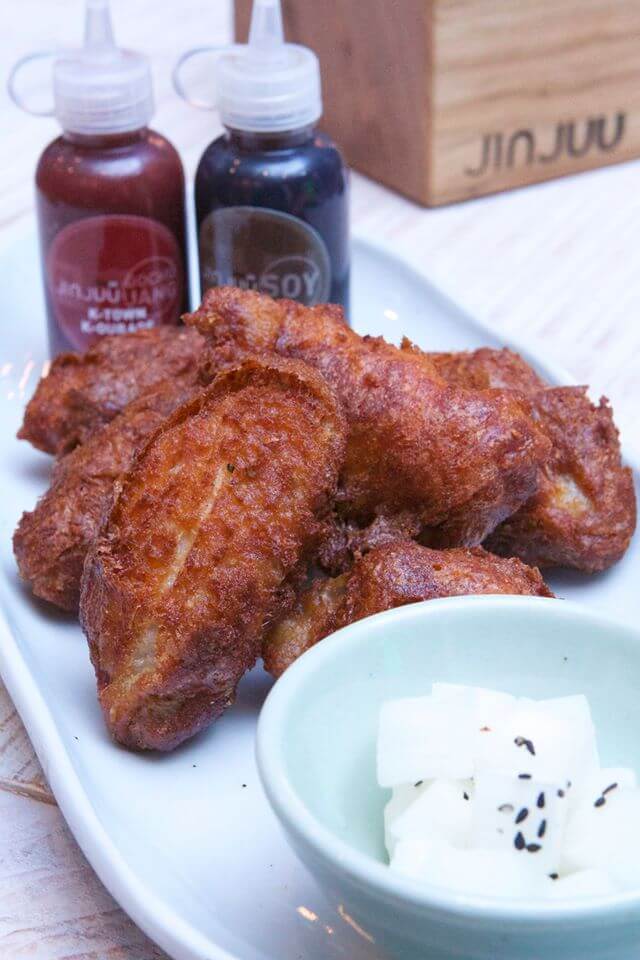 What: Korean Fried Chicken – choice of thighs or wings. Pickled white radish on the side and paired with their secret sauces Gochujang Red and Jinjuu Black Soy (£8.50)

Why: Jinjuu isn’t your typical Korean joint. Sure, it has a menu boasting traditional Korean dishes of dumplings, fried rice and Asian slaw, but Jinjuu is different. They’ve got the whole slider and small bites trend going on that works so well with their heady cocktails. Their Korean fried chicken is what you’d expect – coated and cooked to perfection. On select evenings, the resident DJ’s hit the decks from 9.30pm onwards, spinning a mix of smooth house and soulful R&B, transforming Jinjuu into a Korean party.