Looking for the best naan bread in London? Look no further. I cannot tell you, lovely readers, quite how long I’ve wanted to write this feature for. I’ve pitched it in every editorial meeting we’ve ever had, and, finally my day has come. Any excuse to eat all the naan bread, I say. We’re so excited to be working with Kingfisher Beer for National Curry Week to discover all the curry goodness London has to offer. This week, we’ll be discovering all the Indian secrets of London – get involved by following Kingfisher on Twitter here and liking them on Facebook here, using #NationalCurryWeek. Now, let’s talk naan. I ate my body weight in very much un-complex carbohydrates to discover London’s best naan breads. The results are in, it’s time to get munching: 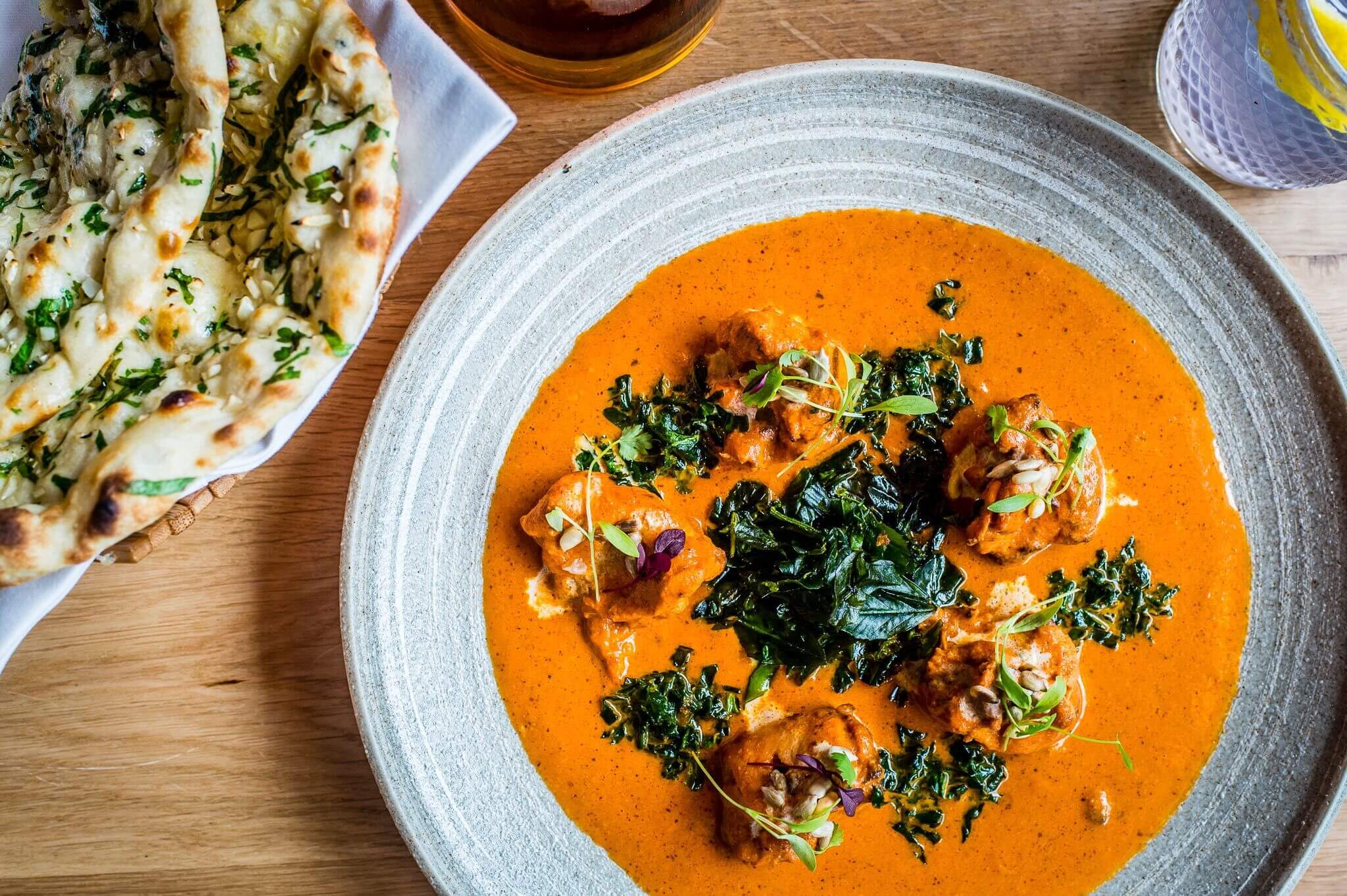 What: Garlic Naan (£2.80)
Why: The perfect side accompaniment – the fluffy, comforting naan strikes the balance with Chai Ki’s menu of contemporary Indian cooking. One of the best naan bread in London, for sure.
The Lowdown: Chai Ki in Canary Wharf takes influence from founder Rohit Chugh’s childhood and his travels across India and Asia with dishes designed to share, encapsulating the home-style eating he grew up with. The elegant dining room offsets Chai Ki’s bar, the Toddy Shop which sees a drinks list of spice-infused cocktails, craft beers and spicy Indian soul-food.
How to Eat It: From the much-loved butter chicken to coconut prawns and Dum Ka Gosht of slow cooked Welsh lamb shoulder, Chai Ki’s garlic naan is an ideal accompaniment to mop up every last bite. Garlic naan is love, no?
Where: 1 Crossrail Place, Canary Wharf, E14 5AR 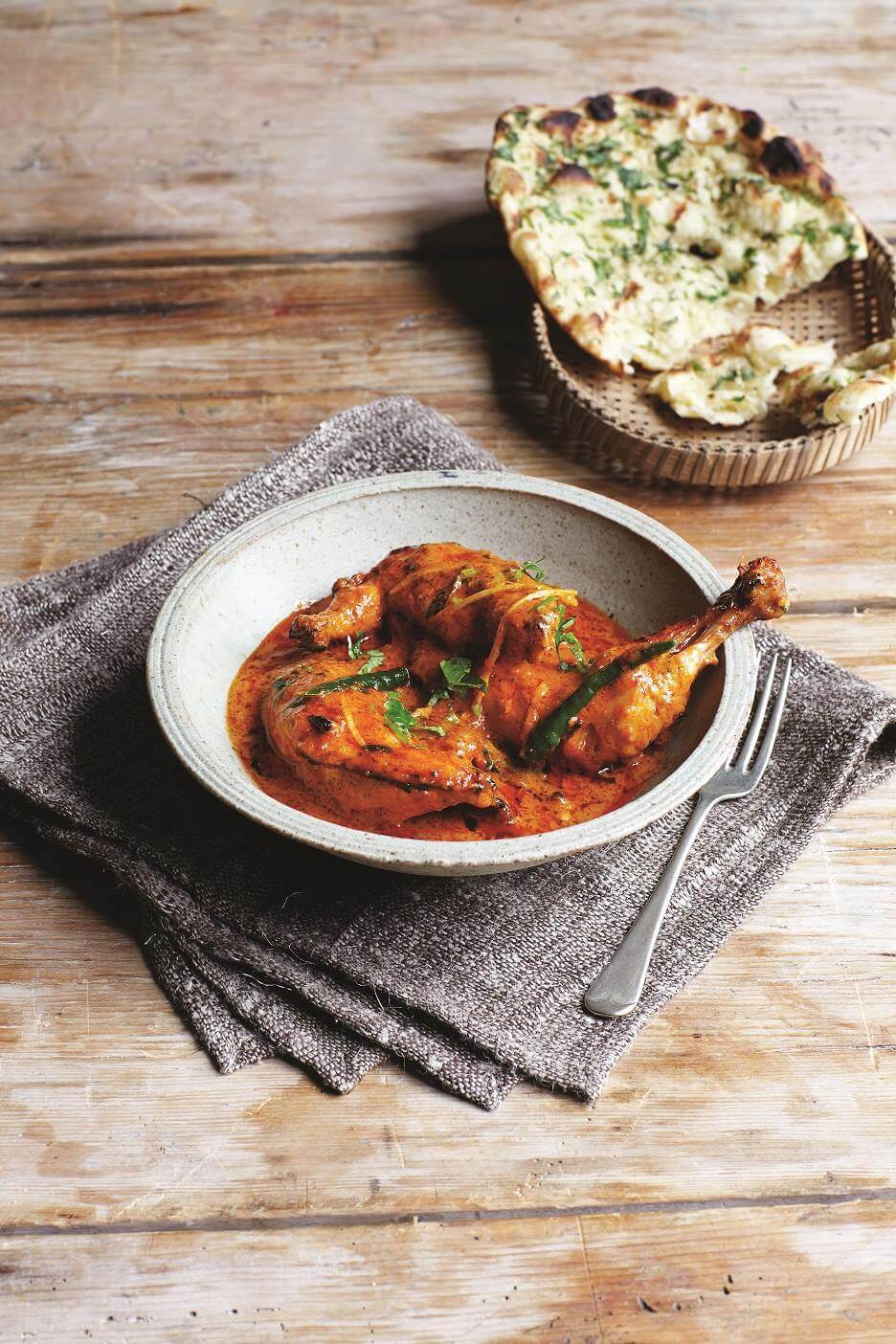 Why: This bread is simply beautiful. Light, fluffy, full of flavour – it’s everything you could want in a naan bread. One of the best naan bread in London if you like something sweet and delicious.

The Lowdown: If you’re looking for somewhere modern and cool for your next Indian meal, look no further than Cinnamon Kitchen in East London. It’s a really special place; Cinnamon Kitchen’s menus show the same ethos of innovation and creativity as the original Cinnamon Club restaurant. Executive Chef Vivek Singh has created an exciting, contemporary Indian menu using quality, seasonal ingredients to create his trademark flavours – which are a far cry from your traditional Indian dishes. It’s no surprise that Vivek Singh is one of the most respected modern Indian chefs in the country, with three renowned London restaurants to his name – the authentic dining experience of The Cinnamon Club, the City’s Cinnamon Kitchen and Cinnamon Soho. Get involved.

How to Eat It: There’s so many delights on this menu, you’ll be spoilt for choice. My personal favourites are the smoked aubergine crush, which is so delicious, stir fried new potatoes with cumin and garlic 24-hour simmered black lentils – they all go wonderfully with the light, tasty bread. For mains, the pan seared hake with yellow lentils, masala roast potatoes and green mango pickle is an absolute winner. 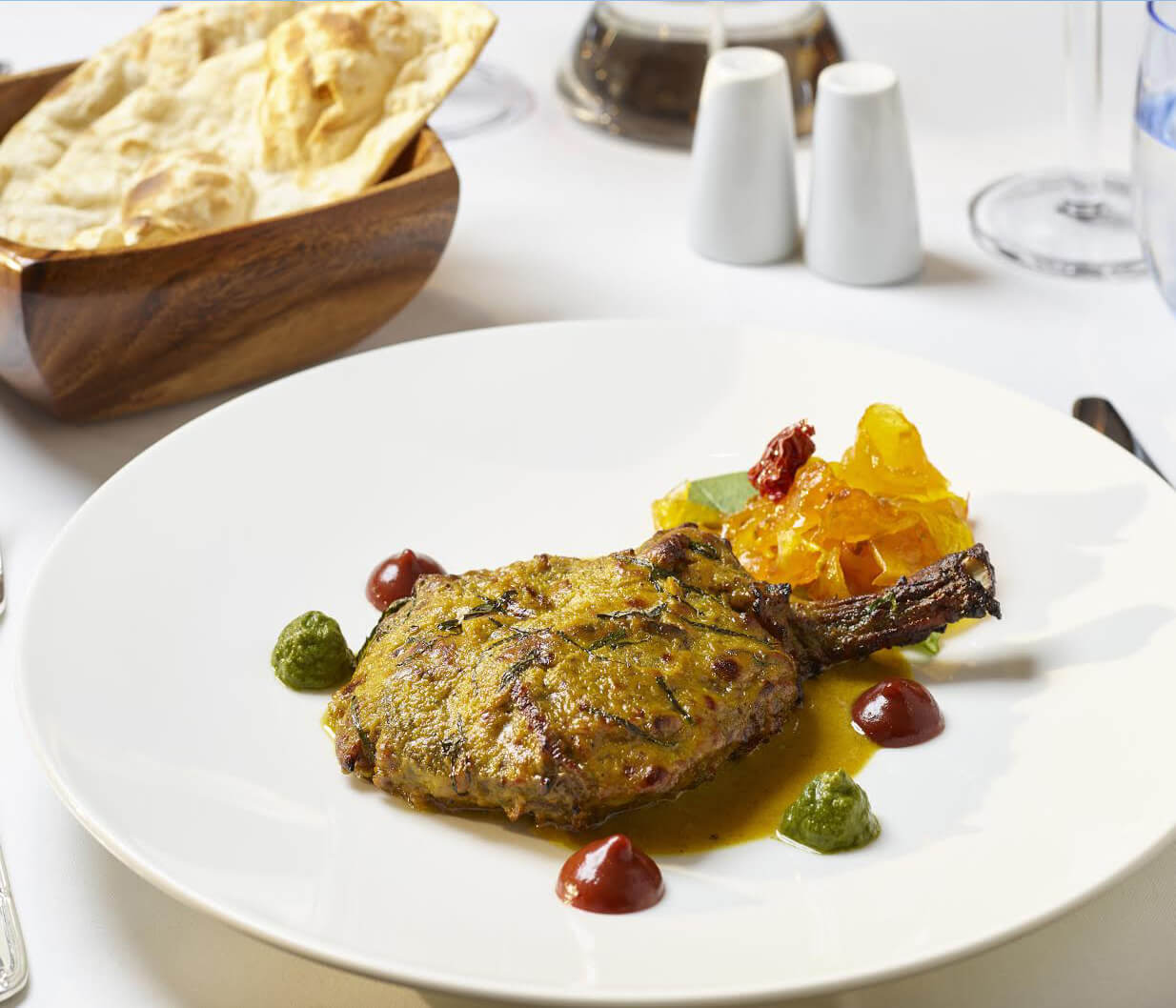 Why: This bread is totally divine – classic, fluffy, delicious.

The Lowdown: Newly relocated to St. James’s in the heart of the West End, Chutney Mary is the place to come for a fancy Indian meal. It’s all about quality here – the finest ingredients and innovative thinking, reinventing traditional regional recipes to offer gourmets an outstanding dining experience. If you’d rather a cocktail and a nibble, The Pukka Bar is the perfect place for after-work cocktails with friends. Open since 1990, Chutney Mary knows a thing or two about fine dining Indian cuisine, and you won’t be disappointed here.

How to Eat It: The menu at Chutney Mary is full of delights, including some great small plates such as tokri chaat, straw potato basket filled with street food favourites, strained yoghurt and chutneys and duck salad with tamarind glaze. The Goa green chicken curry is the perfect thing to enjoy their fresh naan bread with – a hot and spicy curry with green chilli, coconut, fresh green herbs and tamarind, this dish cannot be missed. 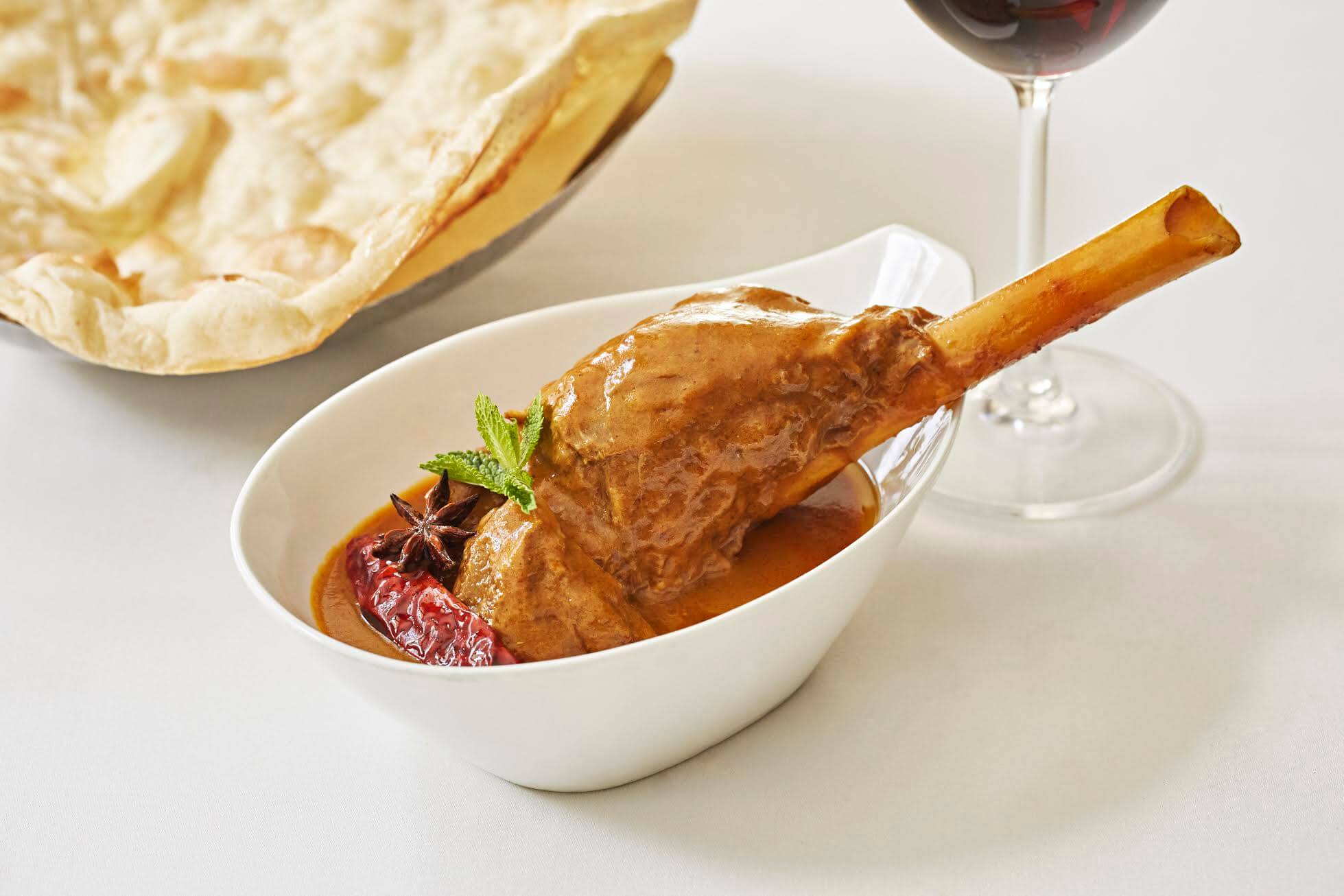 Why: This bread is beautifully tasty and the perfect accompaniment to any curry. One of the best naan bread in London for a full-flavoured, rich bread.

The Lowdown: Bombay Palace has been voted the best Indian in Central London, by the British Curry Awards and is now re-open! An expertly curated menu of Northern Indian cuisine created by Head Chef Harjeet Singh boasts a selection of good, wholesome Indian food. Key plates include classics such as Jhinga Lajawab, Changezi Champein and a delightful selection of Indian street food, alongside original vegetarian options invented by Harjeet and his team of talented cooks. This is one Palace you will definitely want to return to!

How to Eat It: Try it with some delicious dishes such as chilli garlic chicken – a spicy preparation of boneless chicken stir-fried, real Indian soul food. We also love the – Dal Makhani
black lentils simmered overnight on the tandoor, finished with butter and cream – and Karahi Paneer – cubes of cottage cheese sautéed with capsicum, onions and tomato. Delicious.

5. Best for Everything: Dishoom 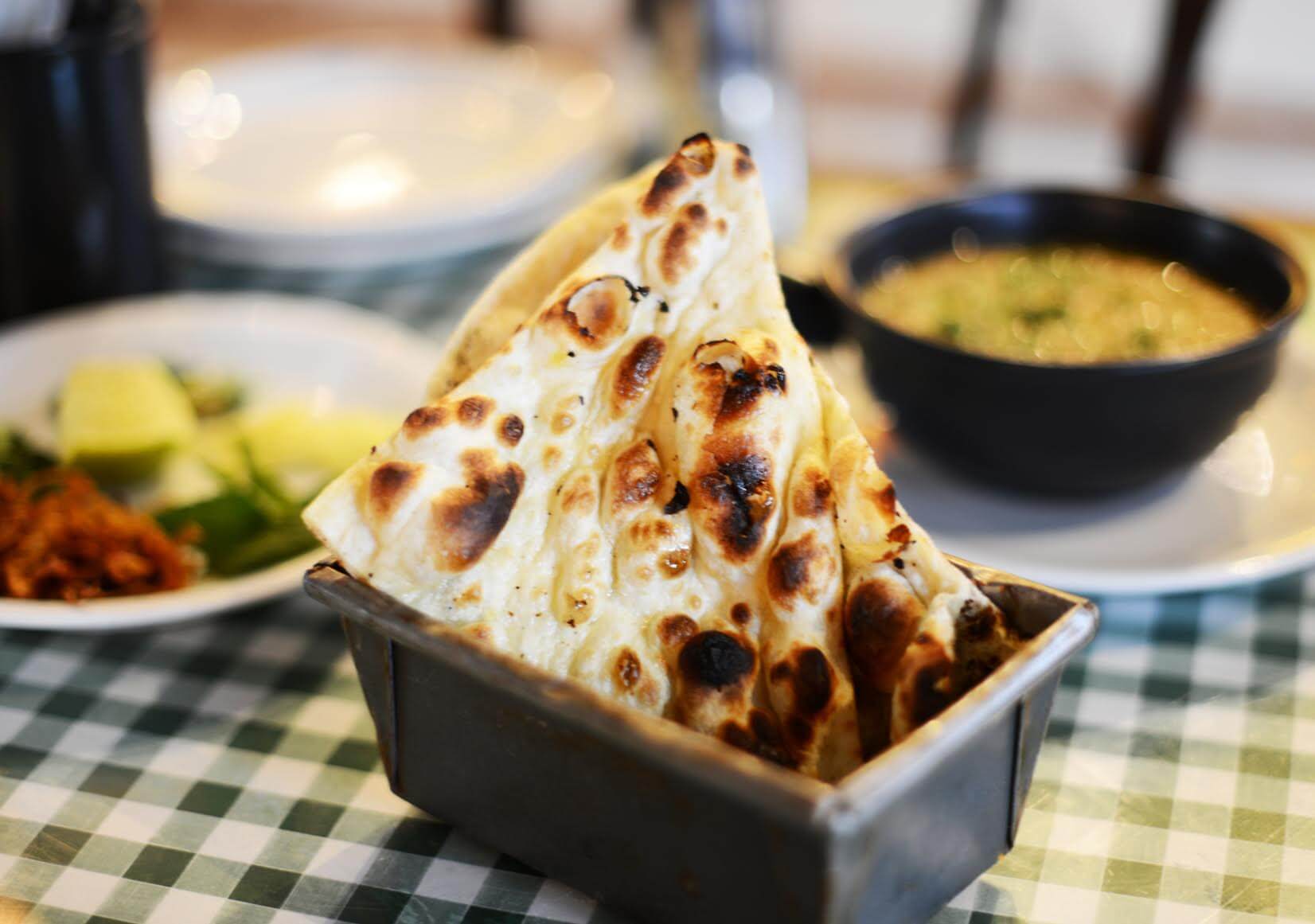 Why: What’s better than a freshly baked naan bread? A naan bread with melted cheddar inside, that’s what. One of the best naan bread in London for cheese lovers, for sure. This bread is literally perfection – melted cheese is possibly the best thing to happen to naan bread in history.

The Lowdown: Dishoom is your go-to for an easy, delicious, affordable curry in London. Dishoom is inspired by the cafes of Bombay, and serves up the most incredible Indian-inspired breakfast, lunch and dinner. In the morning, come for unlimited Chai tea and the best bacon and egg naan you’ll ever try, and the in the evening, feast of Dal, paneer and Biryani rice. The food at Dishoom is the stuff of dreams.

How to Eat It: With some of Dishoom’s brilliant curries and vegetarian options. Personal favourites are the Mattar Paneer – a steadfast and humble vegetarian curry, the sort that can be found in any good Indian roadside restaurant – and the Dishoom Chicken Tikka, which is a family recipe, using a marinade of sweet vinegar, not yoghurt. Laced with ginger juice, turmeric, garlic and green chilli. Heaven. 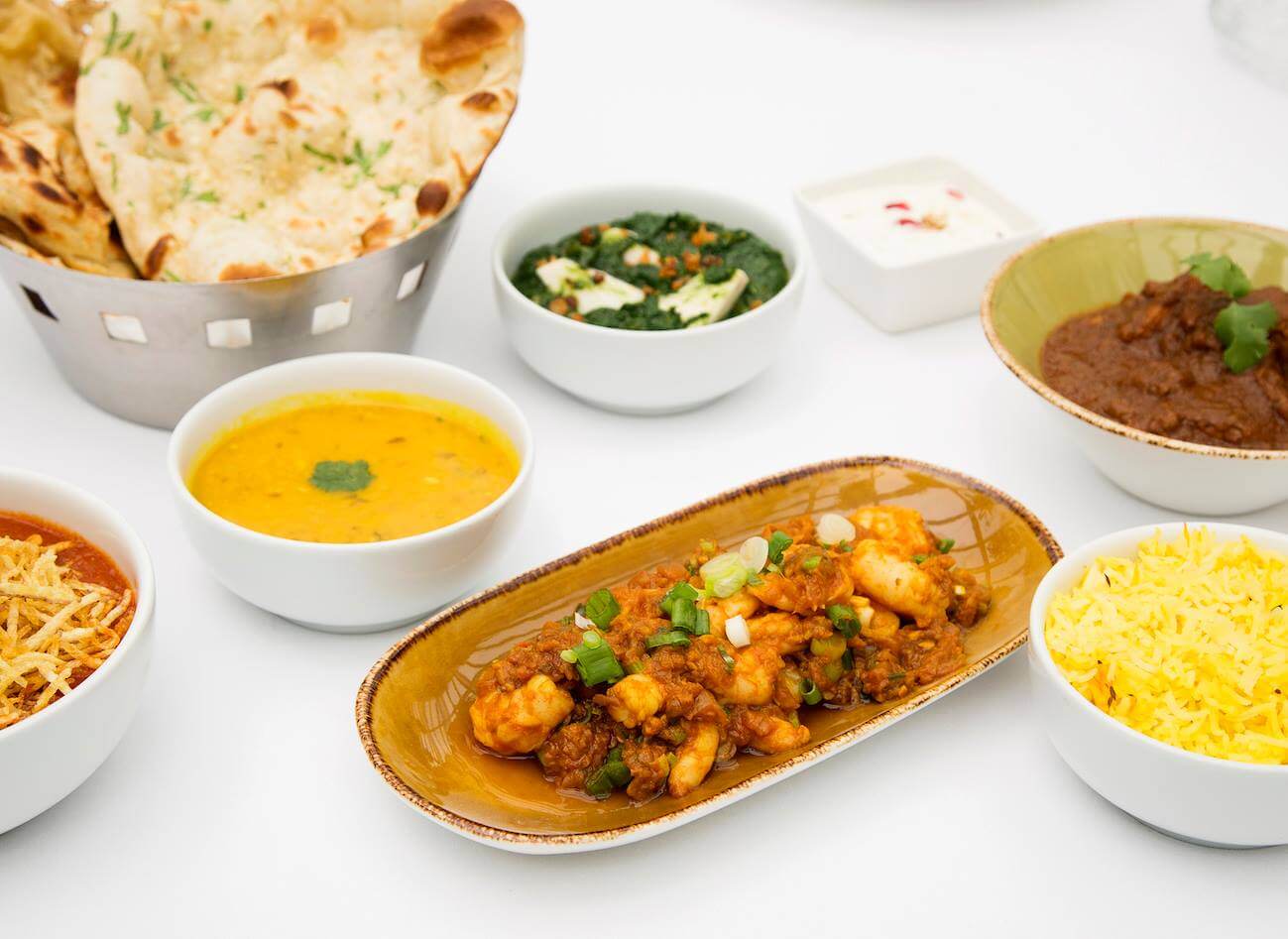 Why: Peshwari Naan is a leavened bread where the naan dough is stuffed with nuts and coconut, flattened with a rolling pin and cooked in the tandoor – and they make an epic one here. At Bombay Brasserie, they use a mix of pistachios, almonds and cashew nuts along with freshly grated coconut for the ultimate blend. One of our favourite naan bread in London for a homemade creation!

The Lowdown: Ever since 1982, when its doors first opened in Kensington, Bombay Brasserie has been an iconic restaurant destination, famed for its authentic, eclectic Bombay and Indian cuisine. Bombay Brasserie specialises in the spectrum of flavours, fragrances and textures that epitomise Mumbai’s diverse and inspirational cuisine, complemented by classic Indian recipes from around the sub-continent.

How to Eat It: There’s everything from Kasundi monkfish to Adraki lamb chops and Kadipatta chicken tikka on this lovely menu. For veggies, we love the curries for enjoying the naan bread with; the Baingan Bharta, a smoked aubergine mash with cumin, chilli and coriander leaves, and the Adraki Gobi, cauliflower florets with onion, tomatoes and garlic, are personal favourites. Tuck in.