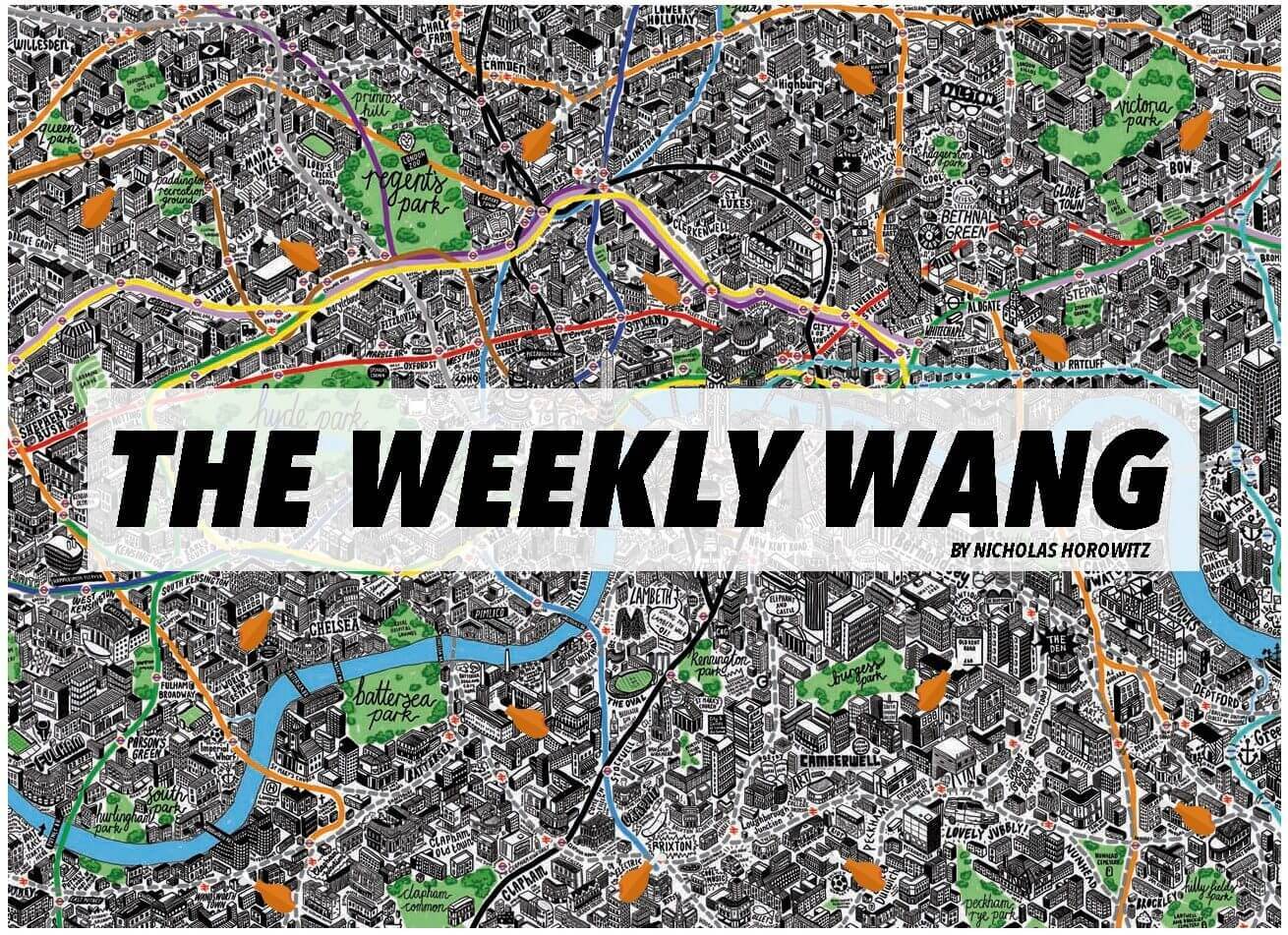 Rather unusually, the 11th Weekly Wang sees us head to West London in our search for the capital’s best wings.

The appropriately named Wing Wing first opened shop in Holborn but have now decided to launch their double-fried Korean style wings further afield in Hammersmith. Now from my experiences of Asia, I’ve learnt that the East doesn’t like to do anything like the West; they’re all about doing their own thing, Korea especially. The Weekly Wang decided to brave the Hammersmith and City line to see if this was true of their wings as well. 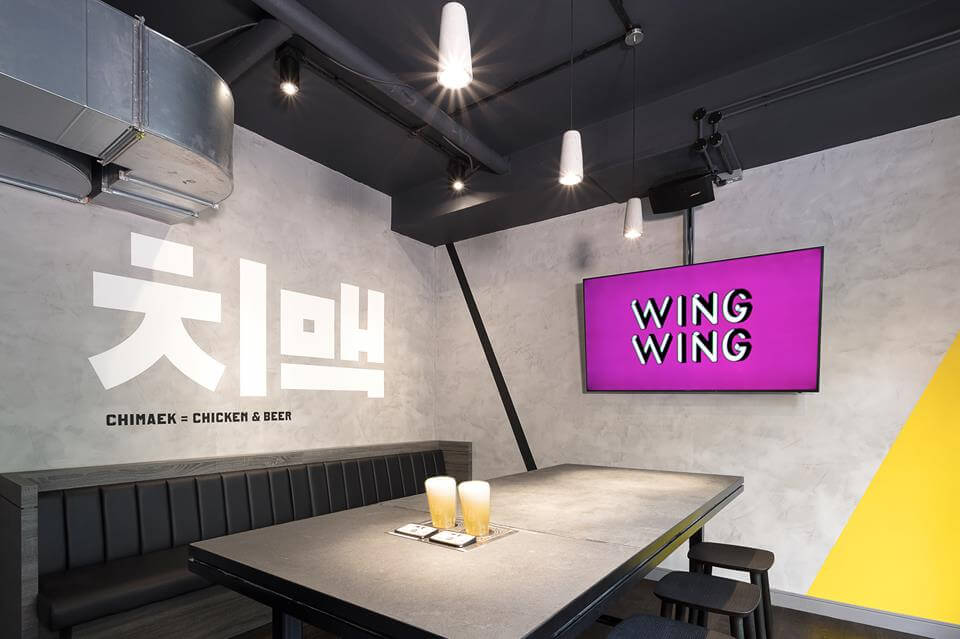 Weather: Spring has seemingly sprung (or so we hope) 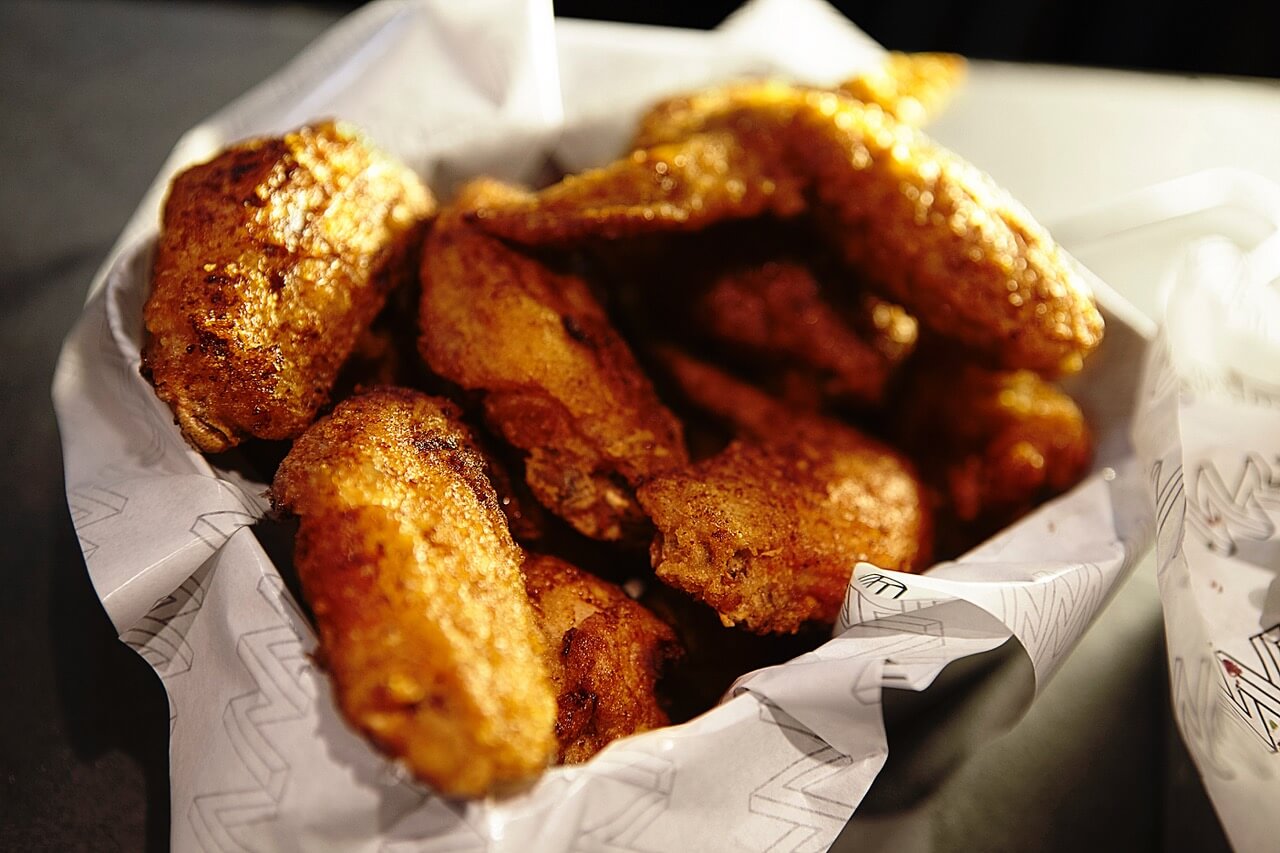 Presentation: Plain and uninspiring. In contrast to the bright, colourful interior and K-Pop music, the wings arrived in a metal army-esque dish, on a bed of white grease proof paper. The wings were served brushed, so no visible extra sauce, which was a little shocking at first. Nor was there an offering of sauce on the side to dip the wings in. Interesting…

Subsequently, the type of container the wings were served in best sums up the presentation. The take-away boxes are much better looking.

Temperature and Texture: The wings arrived lukewarm. Poor form. To give Wing Wing the benefit of the doubt, we were at a busy opening event, so there may have been teething problems that led to this.

That aside, the skin was a real highlight. It was extremely crispy, and reminded me of a tempura exterior. In fact, you could just eat the skin, ignore the meat, and still leave content. The chicken inside was of perfectly good quality, though.

Size: A mix of drums and flats that which were all quite small. I hit bone a number of times and was left with that well known ‘shattered bone in the mouth’ feeling, which is never ideal – especially when in the company of others. Side note: pulling shards of bone out of your mouth on a date is not the most attractive look.

Flavour: The wings were brushed in a light honey soy sauce that was reminiscent of honey soy crisps. The unusual method of brushing the wings leaves the problem of inconsistent sauce coverage across the wing, presenting an extremely sticky bite.

Heat: Unsurprisingly, non existent. Finding heat here would be like actually walking in on a bull in a china shop.

Accessories: As mentioned, the chef (controversially) decided to not serve a dedicated sauce with the wings. Instead, this critical job was left to a number of big bottles of sauce (most of them from the small independent Heinz group) on the table.

Now I’m no sauce snob, but there was something immediately unappealing about these bulk commercial offerings. I also felt that all of these sauces – Sirachi, Tomato Ketchup and Korean BBQ – simply overpowered the wings, rather than complimenting them. The Korean BBQ was a nice discovery though, and will probably feature in the pantry soon despite probably consisting of 90% sugar (the first ingredient on the list).

To make matters worse, the small pots on the side to dispense the sauce into, weren’t big enough to withstand the size of the wings. Not practical.

Cost: Six pieces for £7.50. Run of the mill stuff in line with many other London spots. The more you buy, the cheaper it gets.

Extra: You would think that because the wings were super sticky, wet wipes would be an obvious necessity, and be found on the table. Wrong. There were plenty of napkins but not of the wet kind, which inevitably meant most of the napkin stuck to your hands after handling these wings. No water or discard bin either.

Fried fast food vibe that you’ll enjoy, but will want to be in and out of as fast as the food comes.