About Time haven’t showed West London enough love. It’s not deliberate. It wasn’t like we all huddled around a board room table a year ago and pinpointed specific areas of London to laude or neglect. It just happened that way.

We do like Notting Hill. But everyone likes Notting Hill. Whenever anyone hears those two words they either see Julia Roberts’ perfect smile as she beams “indefinitely” or a splurge of sun-kissed Red Stripe vibrating through the smoke into dutty-whining community support officers.

But maybe we think West London doesn’t need our help. Anyone who opens a restaurant in West London has to be pretty certain of success or the money will run out by the end of Q1. Maybe we think that the residents of the Royal Borough have their restaurants and won’t listen to us. Or maybe we just can’t hack the District Line, which I saw one article recently refer to as “the slow milk float”. 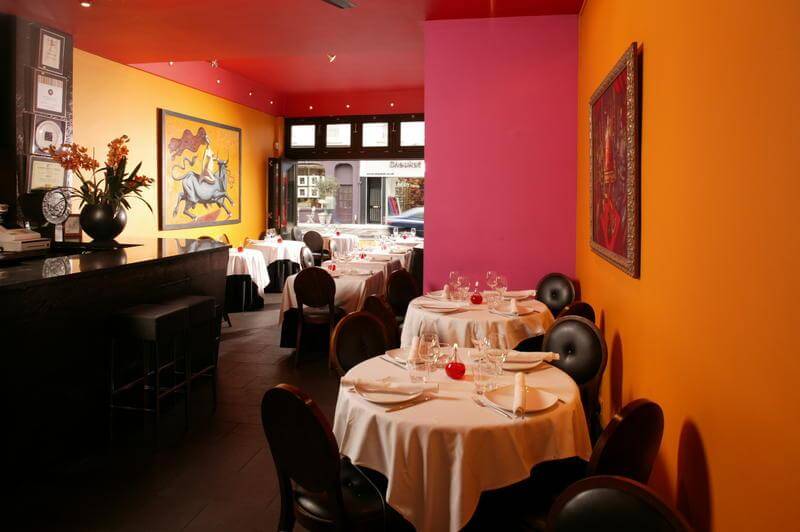 Last week I sought to remedy all this by checking out Tendido Cuatro on the New Kings Road. I got on the Disitrict Line at Blackfriars. Never do this. Don’t ever think, oh i’ll just sit on there all the way and it will be fine. It’s not. You get to Sloane Square and you think you’re nearly there. King’s Road. New King’s Road. But then you have to go all the way along just to go back down and if you’d followed the river then…and Earl’s Court! Who the fuck understands Earl’s Court? It’s not on a line. It’s a satellite with all these dotted lines hanging off it like some tenuous suspect on True Detective. But unlike True Detective, which despite being set in the sticks, had the most basic technology available, Earl’s Court has none. How can the most complicated station on the map be the only one without a digital screen? The announcer knows. He’s all smug telling you all his information that I presume he receives via some form of technology. Put it on the platform, announcer! Unbelievable.

When I arrived at Putney Bridge, a Hans Zimmer soundtrack was playing in my head. Crashing symbols; sombre strings. I had made it. I was handed a gin menu and things were looking up. 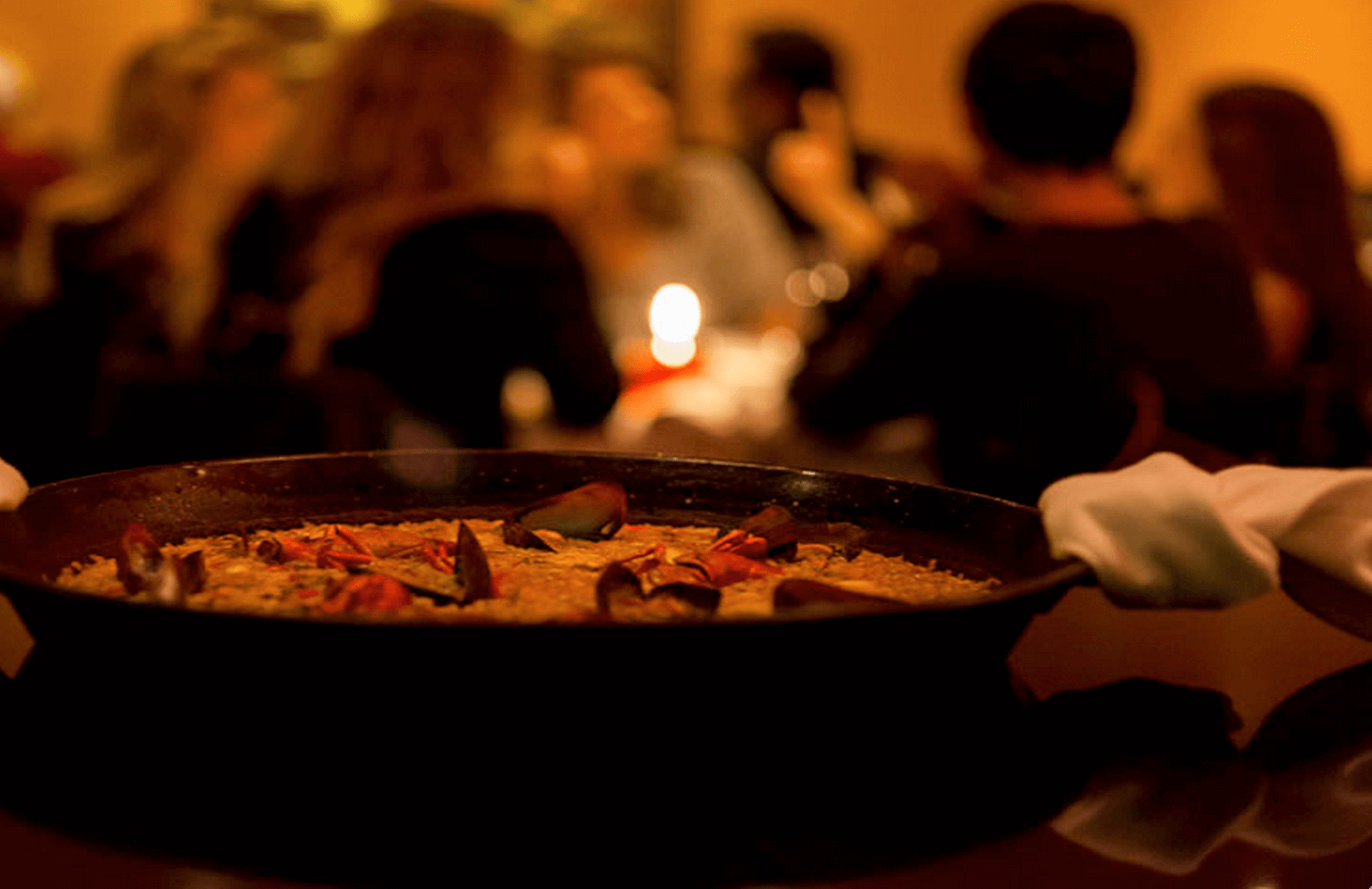 A few years back, spirit sales in Spanish bars were very poor. Everyone drank beer and wine and no amount of marketing budget or bartending up-selling could change that. Consumer research indicated this was due to the speed at which the ice melted in a high ball glass. So they started serving spirits in very large bowls, known as ‘copa’ glasses. You grip the glass by the stem, rather than the body, which prevents fast melting and it looks far more appealing. Spirit sales soared afterwards and the gin and tonic led the way.

The Spanish go crazy for garnish. Most gin connoisseur recognise that they key to a great gin an tonic is to garnish with a botanical particular to the gin. Brockman’s is garnished with blackberry; Tanqueray Ten with grapefruit and Gin Mare with rosemary. The reincorporation of the botanical with the garnish is beautiful on the fragrance and the finish. However, Tendido took this theory one step further by including all the botanicals as garnishes. Rosemary, thyme and basil all floated in my copa and orange peel and juniper in TW’s. It worked perfectly. The circumference of the glass is so large that the bowl doesn’t look or feel clustered. We had our noses full of aroma without a mouthful of leaves.

The wine list in Tendido Cuatro is very extensive and impressive. We drank B. Moll, made with Tempranillo grapes. It was a Tuesday so we weren’t wanting anything heavy. This was light, fruity and nowhere near as heavy as a Rioja.

The raw tuna tartar, aioli of avocado and herring caviar were our favourite. We ordered it because my guest is the unofficial brand ambassador for avocados and we both agree it should be called alioli because it sounds nicer, but the dish was perfect. Everyone must order this. 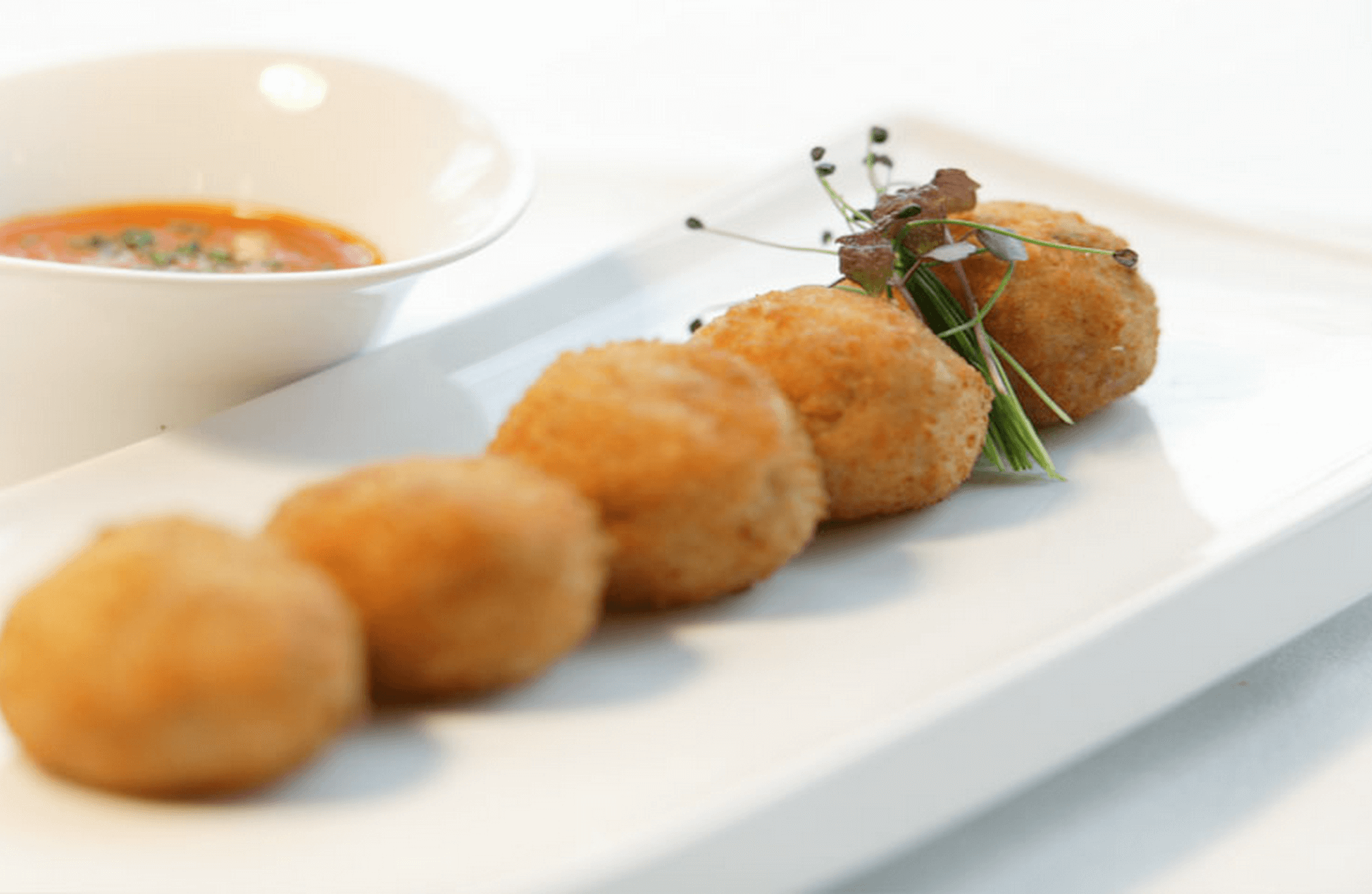 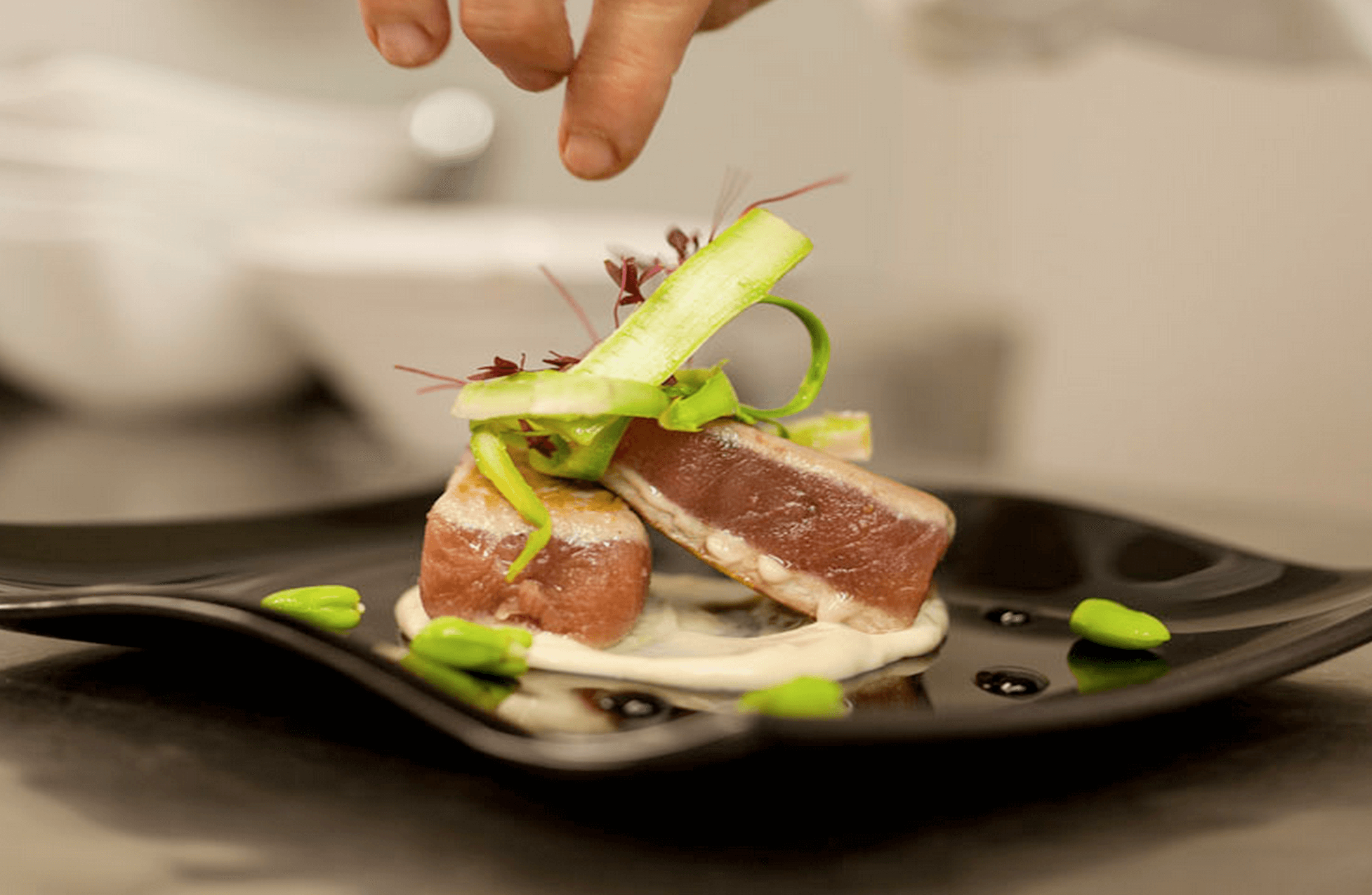 After my hands were deemed to ugly to photograph, she dipped the grilled asparagus in the Catalan Romescu sauce.

“I’ve thought they were horrible every since I’ve known you. Can’t you get a manicure?”

“Oh, that wasn’t me agreeing. This asparagus is just ah-mazing. Your hands are still gross” 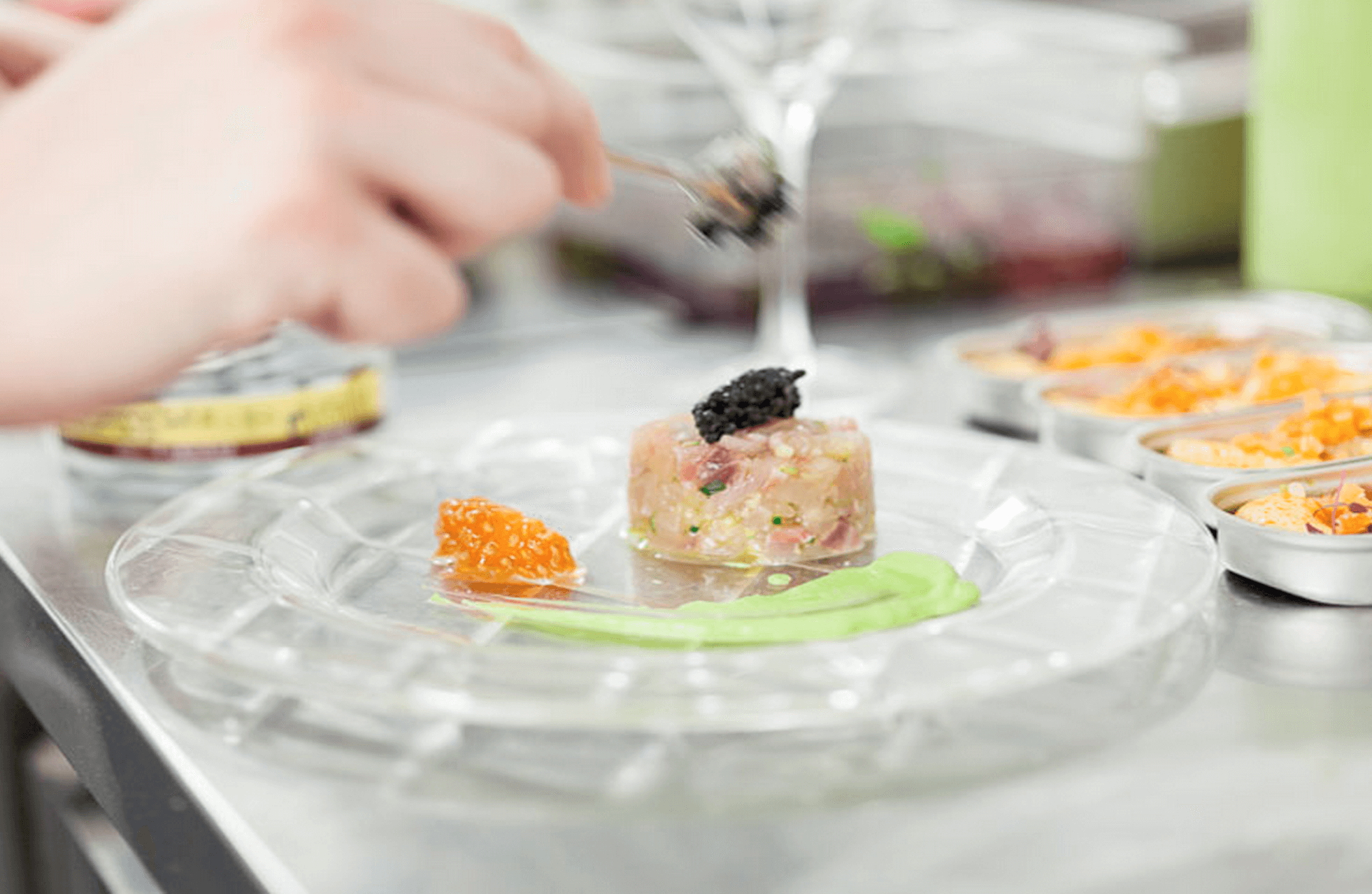 A friends of mine (a pescetarian) once told me a story about when she was berating her sister at a restaurant for ordering calf’s liver. The restaurant didn’t have any vegetable dishes or fish so she had to order prawns in tomato sauce. As her sister delicately sliced tiny mouthfuls of calf’s liver, my friend was ripping the heads of shrimps all red-handed. The irony was so palpable that it was never discussed. I’d always loved the messiness of seafood. Unshelling a shrimp is like unwrapping a present. 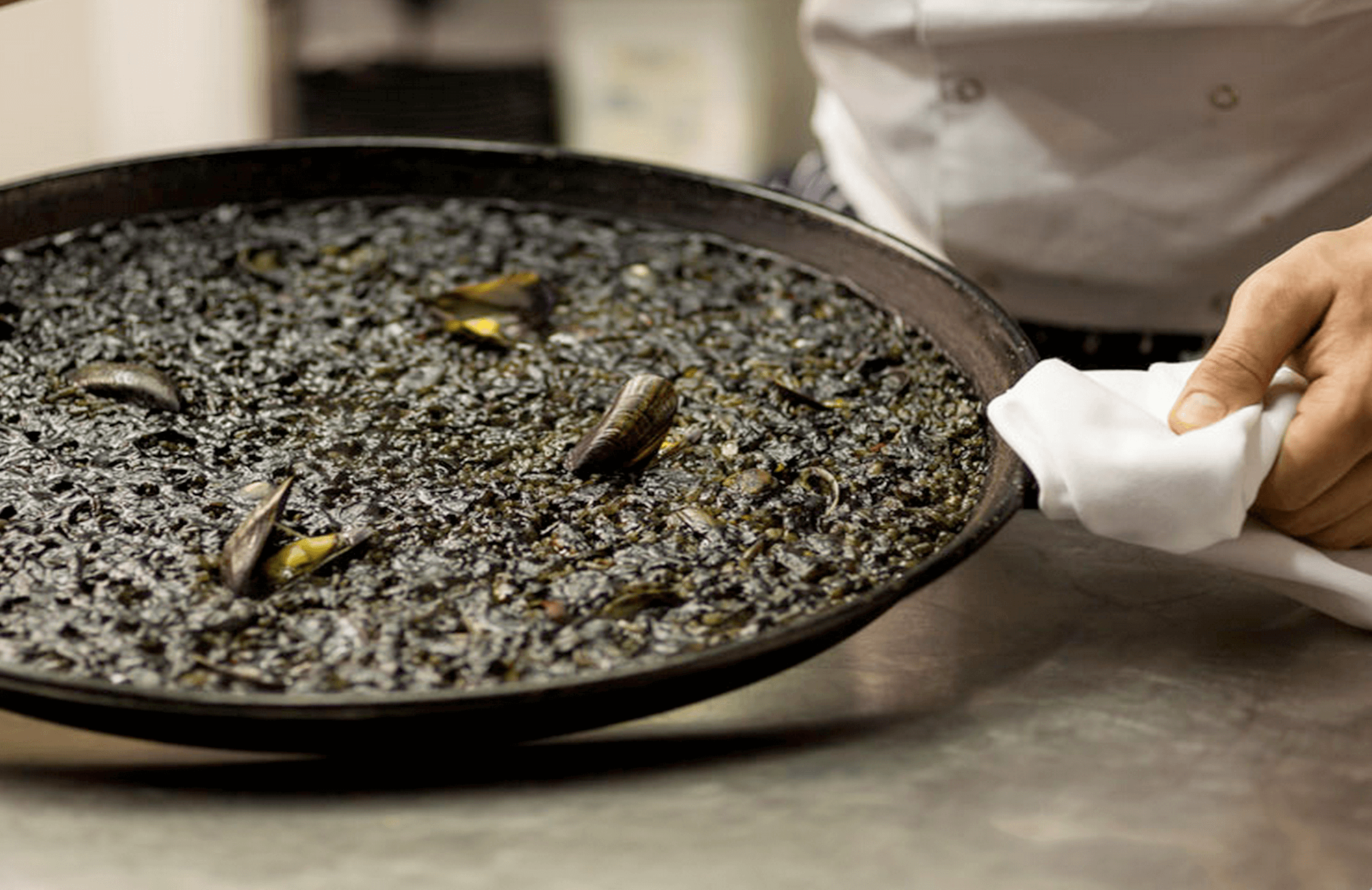 The grilled octopus was equally superb. The smokiness of the grill set against the texture of the octopus was a great combination. You must have this when you come to Tendido Cuatro.

We shared a passionfruit semi-fredo for dessert (again nicely garnished with a mint leaf). It didn’t seem right to have separate desserts after sharing every part of the meal. 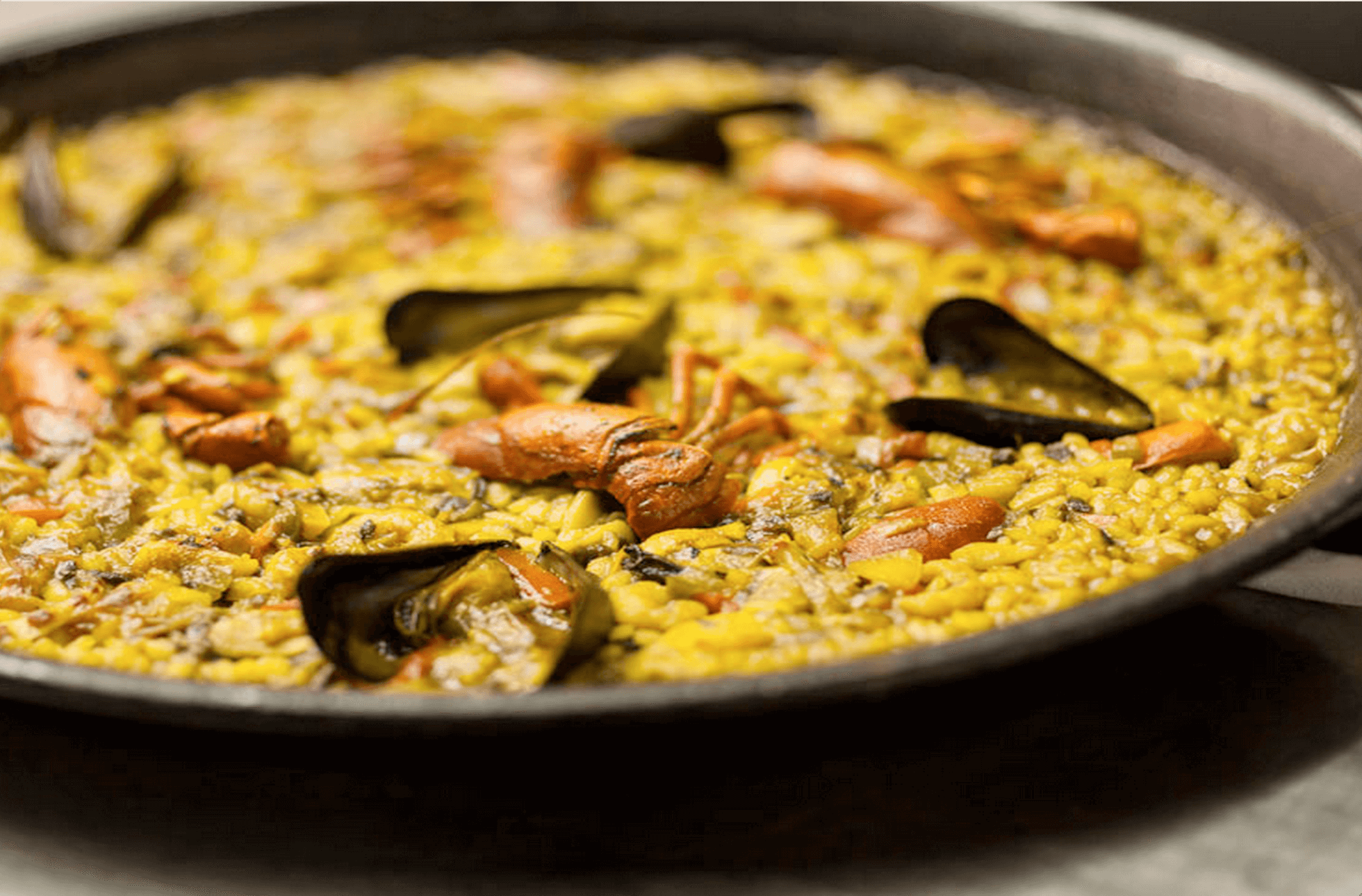 It’s what I love about tapas. It’s a shared meal in its entirety. Not even the cheapest date could distinguish between your portions to split the bill. You have shared the meal and the experience. You’re completely intertwined. So come share it all at Tendido Cuatro. It’s phenomenally good. Much like True Detective.