I haven’t had great experiences with Polish food. A secondary school trip to Krakow wasn’t what I would call a culinary experience, we were fed cabbage broth and dumplings that were so dense they felt like balls of concrete.  It was my recent trip to Baltic Restaurant that changed my mind about Polish food, with the restaurant’s menu taking you on a foodie journey through the Baltics, Poland, Russia and Hungary. Hold tight, because you’re in for one hell of a delicious ride. 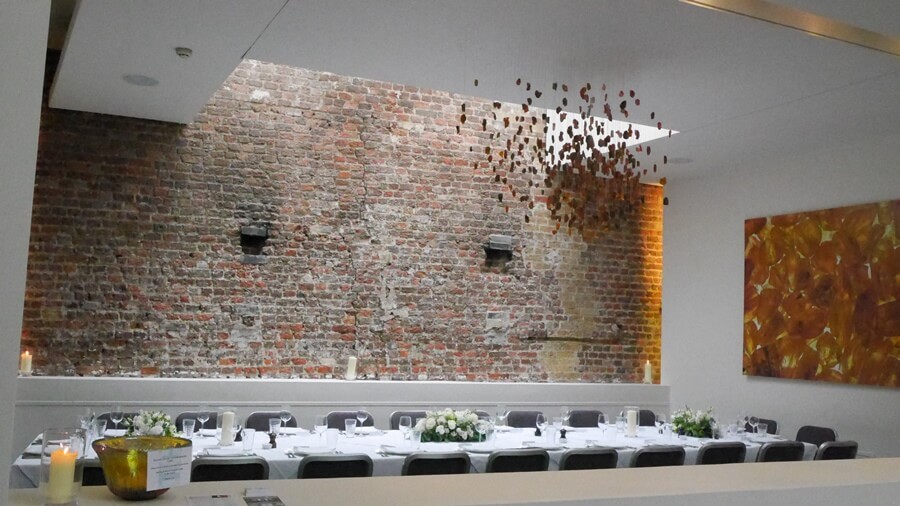 The front, with its large wooden door and velvet long curtains looks better suited to be on the set of the Addams Family, not on a busy road in Southwark. They say never judge a book by its cover and you should put that statement to good use when it comes to Baltic. Once inside, the bar runs down the left wall and showcases some of the finest European spirits around (we’ll come onto the vodka later). However, it’s round the back of the bar that Baltic really comes to life. 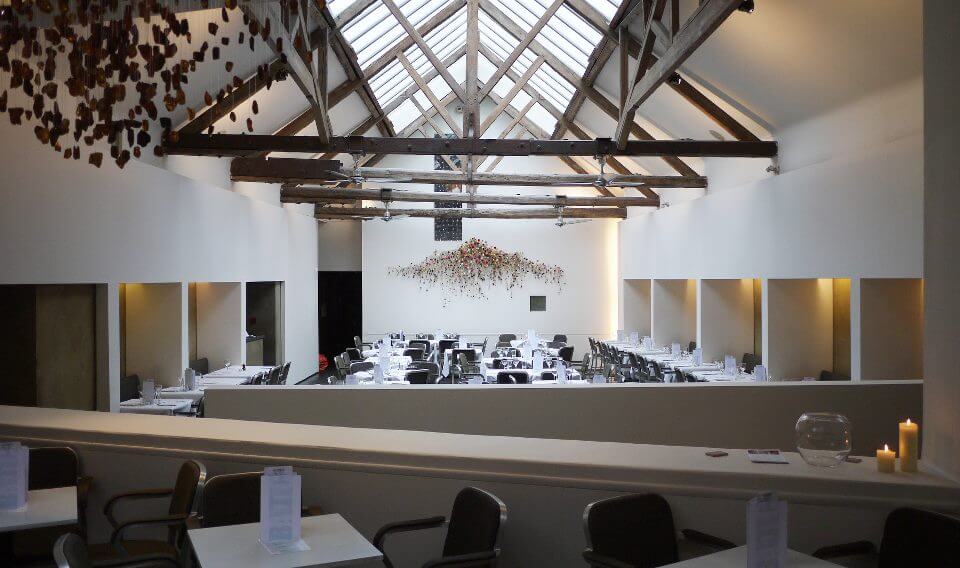 The restaurant is housed in an eighteenth century former coach builder’s works. Owner, Jan Woroniecki bought the property back in the 90s – the place underwent vast renovations but the decor has still stayed true to the property’s history. The restaurant boasts 40 foot wooden trussed ceilings, skylights and clean lines making Baltic a sleek and modern eatery. The whitewashed walls are given a splash of art by an intricate instillation of drying roses by the artist, Rebecca Law and an Amber chandelier. 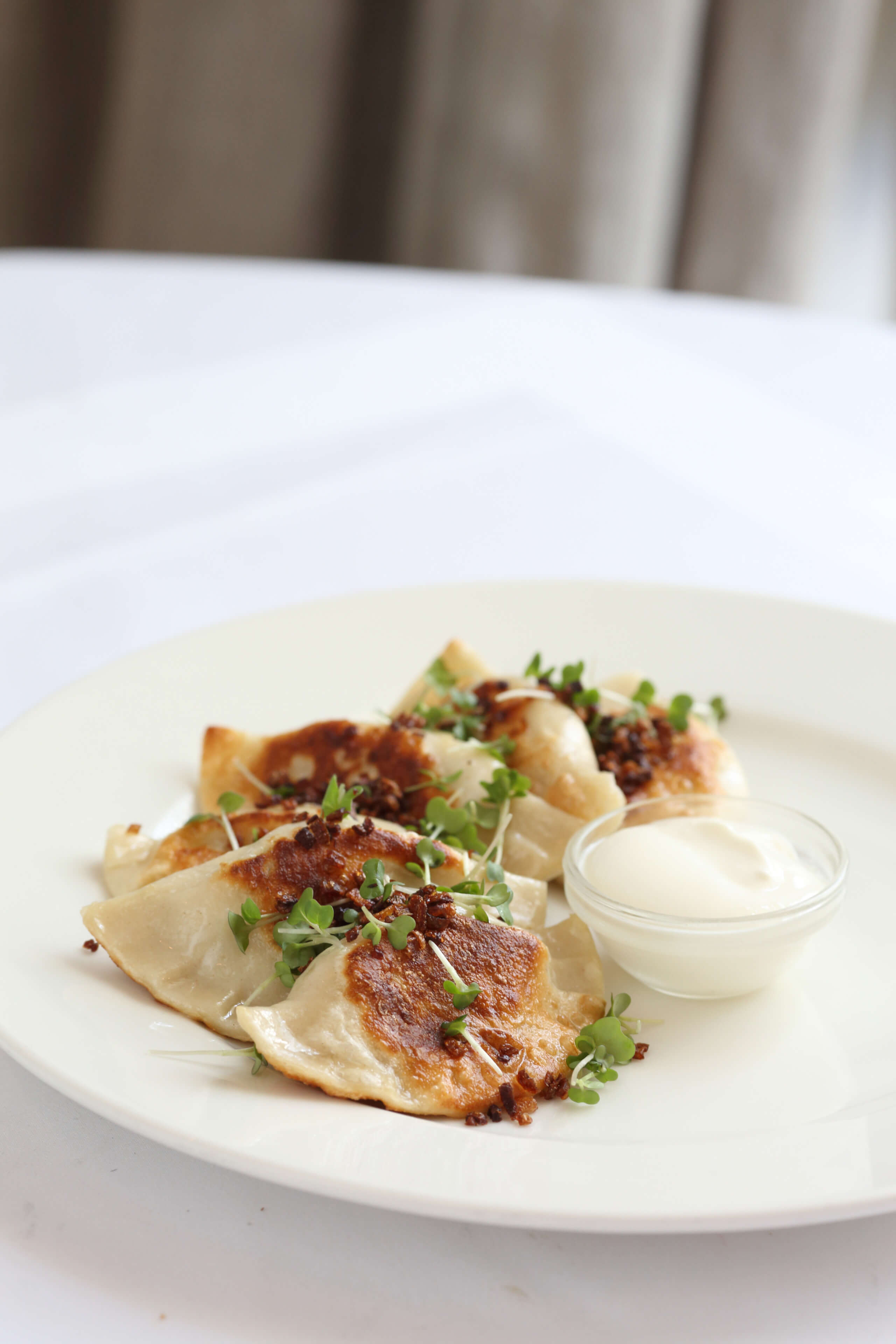 Interiors aside, Baltic recently appointed a new Head Chef, Piotr Fortuna who has brought his culinary traditions and influences from his hometown of Krakow, Poland (thankfully his dumplings won’t be covering any pot holes anytime soon). The menu is, as you would expect from Eastern European food, very meat heavy, although don’t fear as the veggies are catered for. The baked wild mushroom starter  served with Paluszki Biscuits is a homely comforting dish and just the right portion. 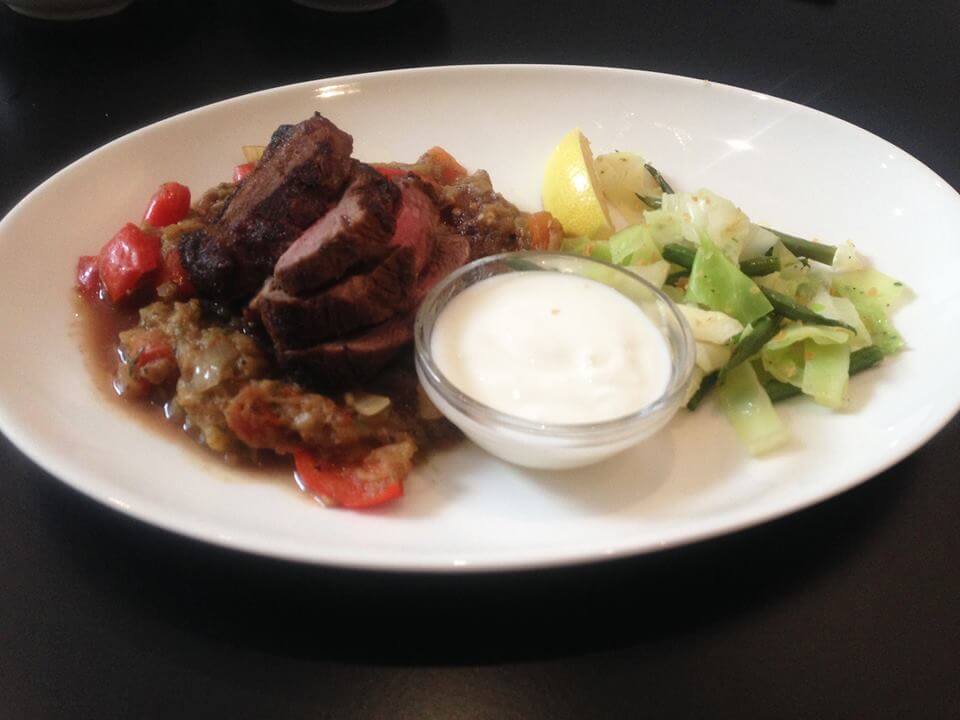 The best thing about Baltic has to be the portion size of the main dishes, they don’t scrimp here.  It goes without saying that the char-grilled rump of lamb with smoked aubergine, peppers, garlic and yoghurt is downright sensational. The lamb is cooked pink and melts in the mouth – tender, juicy and a quality cut of meat. The Golonka – a slow roast pork shank with split pea puree and apple and horseradish sauce is a massive portion. There’s meat on this plate that could feed you for lunch and dinner, twice over. The apple and horseradish sauce gives a kick to the dish and the pork just falls off the bone. Well, well worth £17.50. 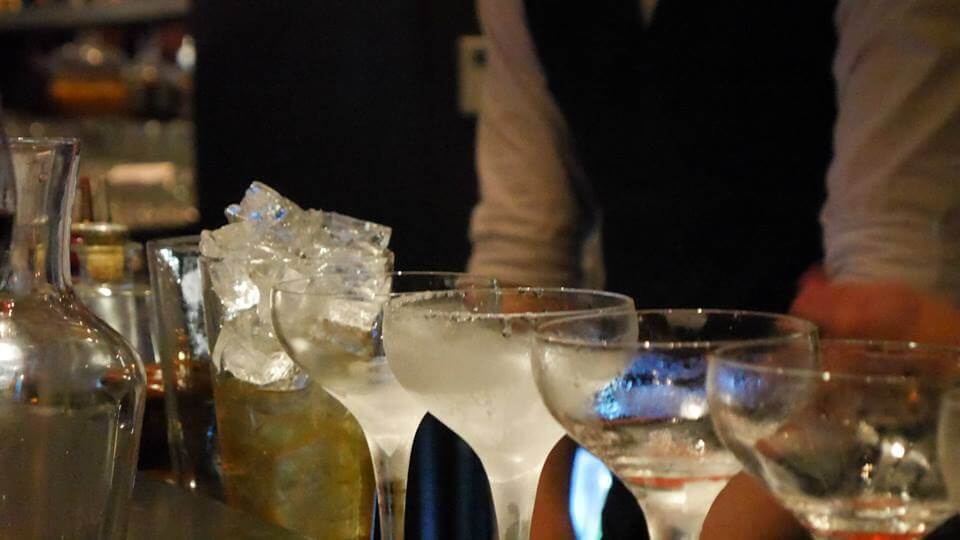 Like many restaurants, Baltic Restaurant has a super wine list featuring wine from Europe including a strong selection of Hungarian and Georgian tipples. Here, you don’t come for a glass of Savvy B, you come here for carafes of vodka.  The menu of vodkas infused in-house with fresh fruits, herbs and spices lists unique flavours such as Dill, Rhubarb and Apple and Horseradish. You can’t go wrong with Baltic’s famous Vodka Martinis based on some of the best Polish distillations or their signature cocktails. The Spiced Pear Mojito made from house infused Pear vódka churned with fresh lime and mint cinnamon syrup, pressed apple juice, Angostura bitters topped with soda water takes some beating.

Baltic Restaurant may not be a place you’d usually stumble upon, but it’s a place worth travelling to. The staff are friendly, accommodating and really know their stuff when it comes to choosing an appropriate vodka – a very important decision. Baltic Restaurant is a place for something a little special – a birthday, anniversary or celebration – away from the London rat race. It’s places like this that makes you realise London is home to some fantastic restaurants, and Baltic is one of them.