We’re trying to keep up. Honestly, we are. London is abound with new restaurant openings this month, so we’ve picked out our favourites for any mood:

1. For Sharing Plates: The Ninth, Fitzrovia 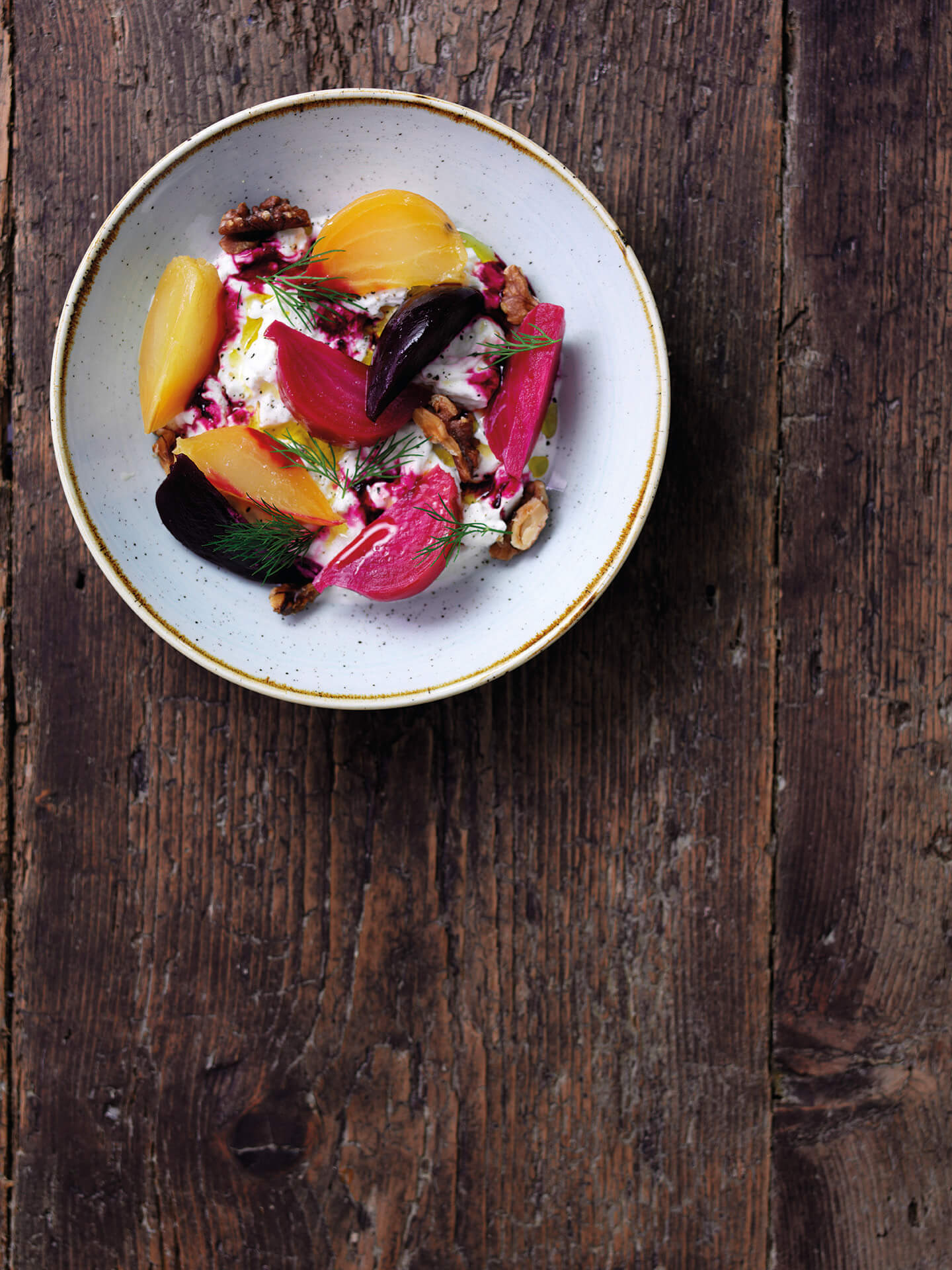 What: Celebrated chef Jun Tanaka strikes it out alone with a long-awaited and stunning solo debut,The Ninth. So called because it is the ninth restaurant Jun has worked in, although the very first he has owned. Jun has spent a decade under the tutelage of Michel Roux Jnr, Marco Pierre White and Eric Chavot, so if you’re in safe hands. 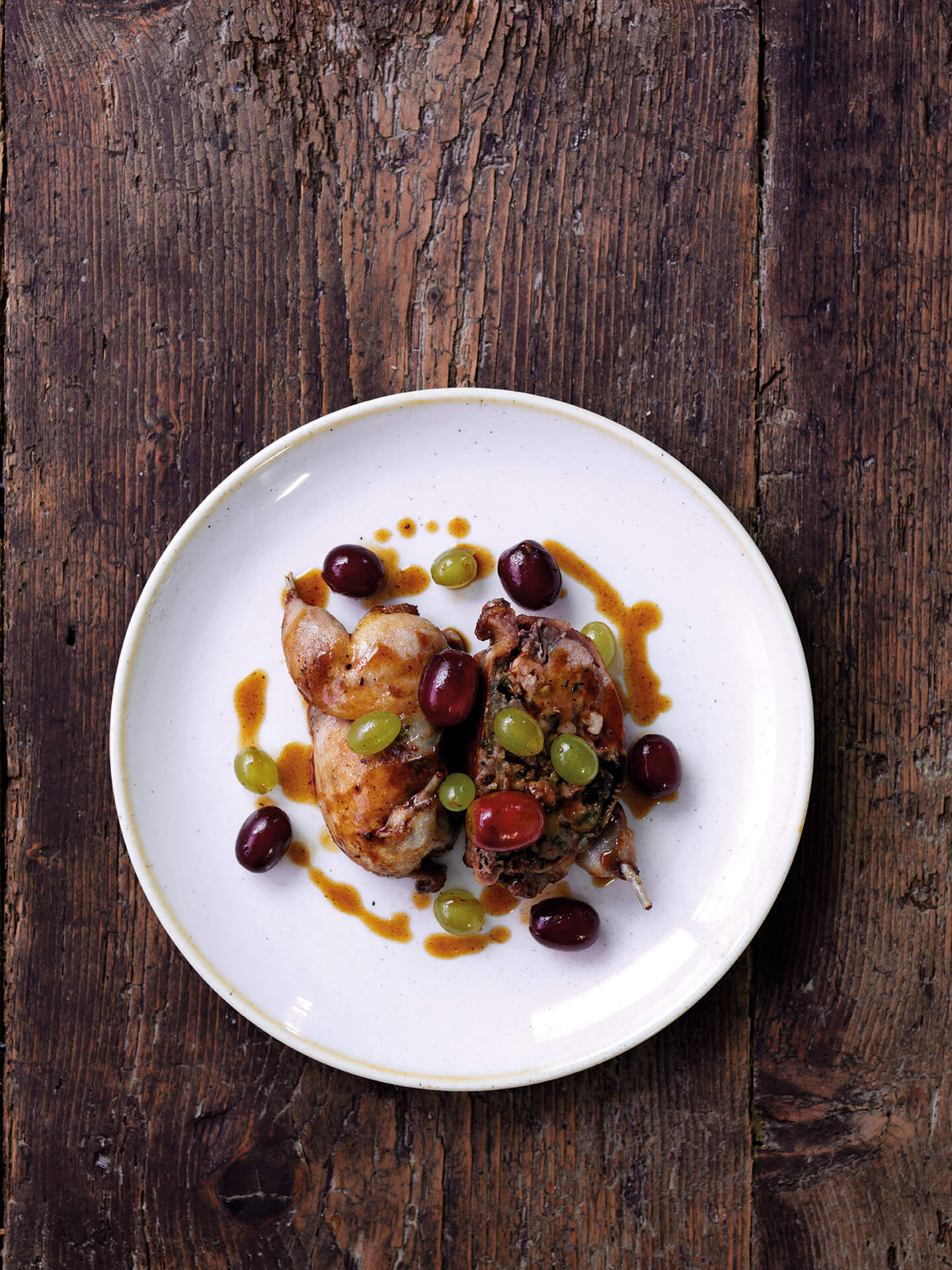 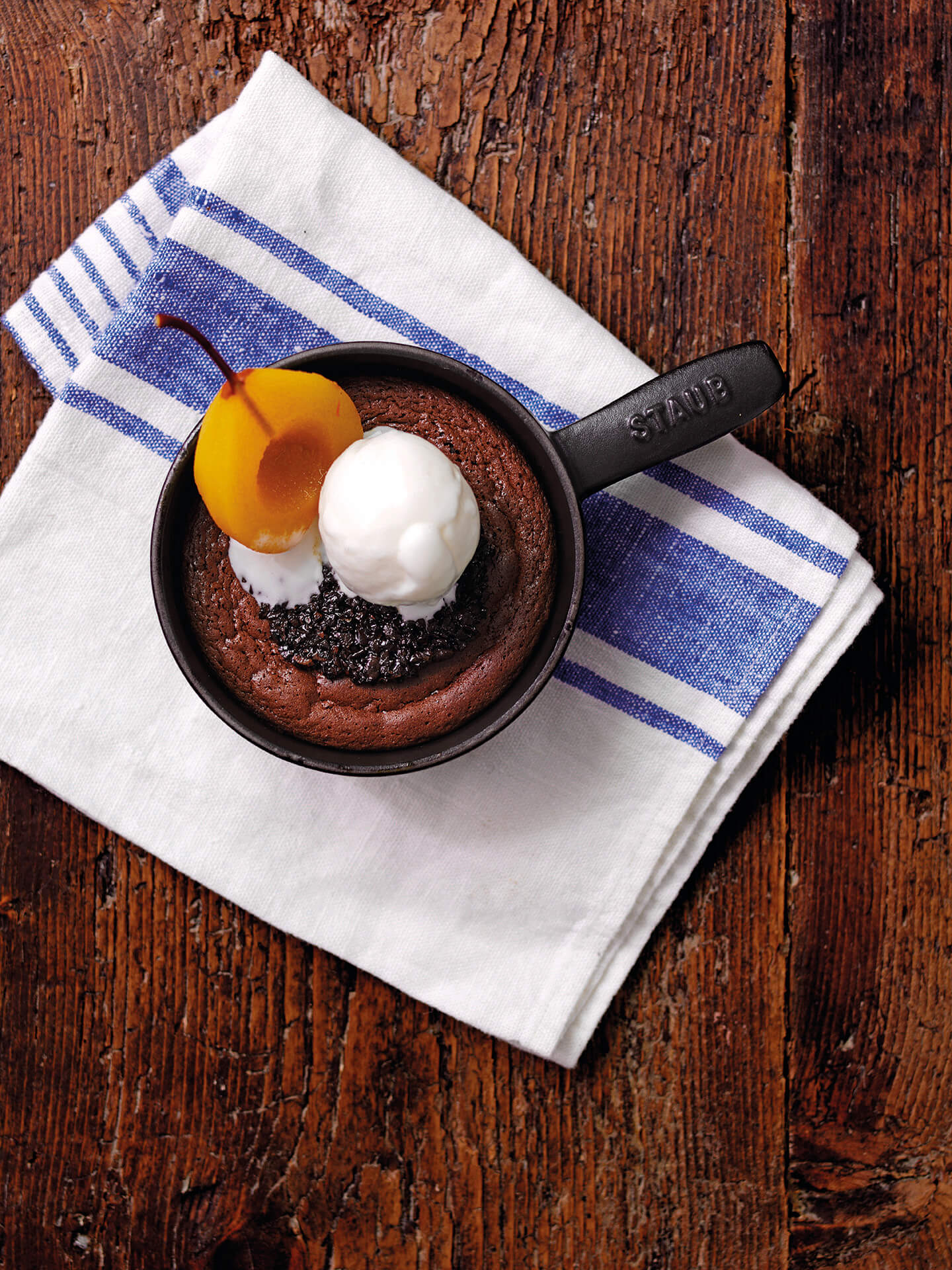 The Food: The a la carte menu – available at lunch and dinner – focuses on the finest seasonal produce and vibrant, honest flavours. Specialties include house-cured meats and fish, robust French classics with Jun’s signature fresh twist, and lovingly thought-out vegetable dishes that are more than just ‘sides’. Divided into eight sections – snacks, hot starters, salads, raw and cured, meat, fish, vegetables and desserts – Jun’s dishes are layered yet distinctly light, and served in a thoughtful but fuss-free manner, allowing the flavours of each ingredient to truly shine. 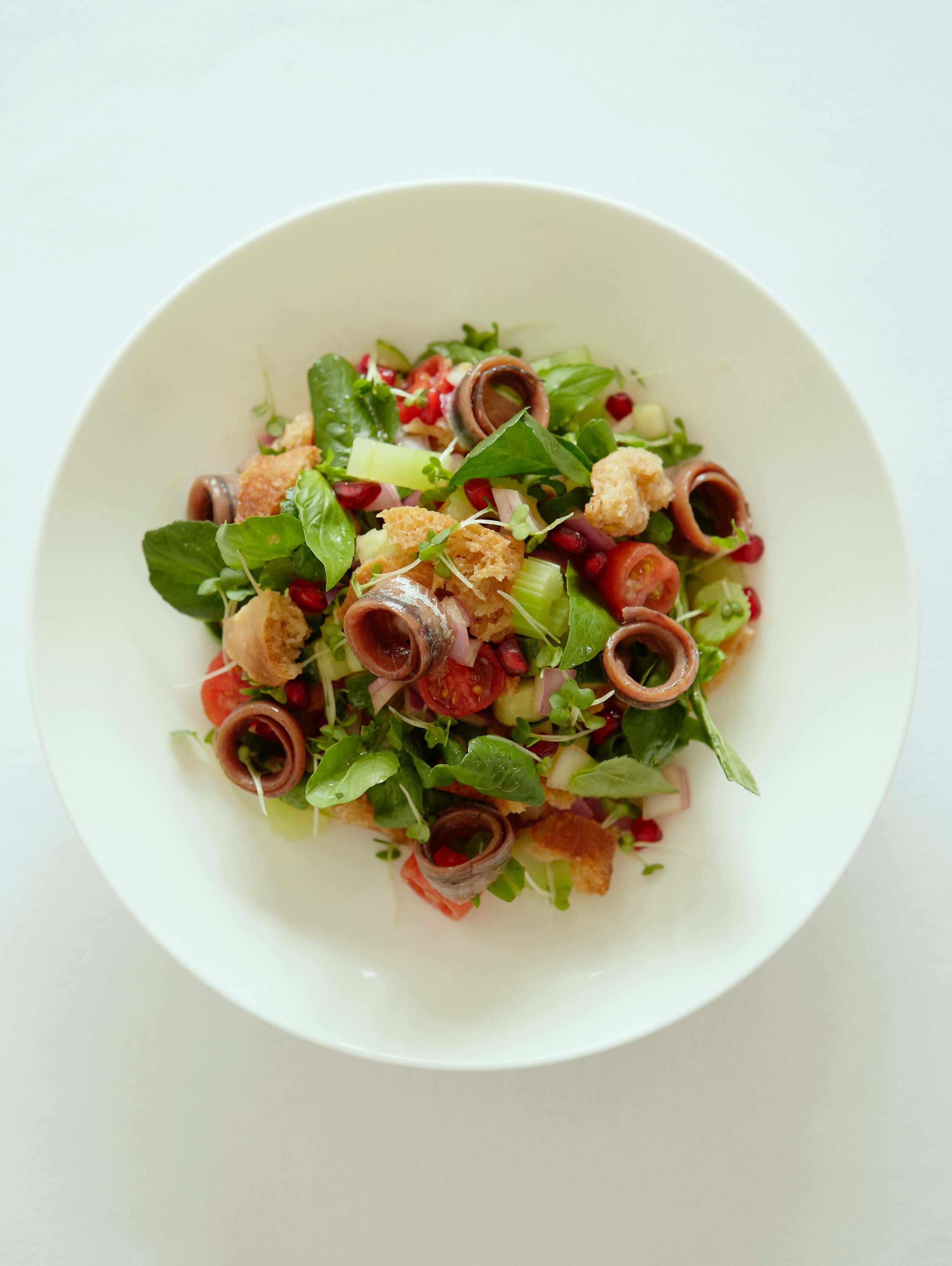 What: D&D have announced that, following an extensive refurbishment by David d’Almada, Saville Row’s Sartoria re-opens its doors on Monday 7th December with renowned Italian chef Francesco Mazzei at the helm as chef patron.

The Vibe: The refurbishment sees the addition of a new bar and cicchetti counter, two private dining rooms as well as a wine cellar boasting 250 bins where head sommelier Michael Simms will host private wine tasting events. The new Libare Bar is set to become a Savile Row hotspot.  The drinks list will comprise classics including  Bellinis, Negronis and Spritzes, alongside some original creations, served from a bar packed with traditional vermouths and amaros. 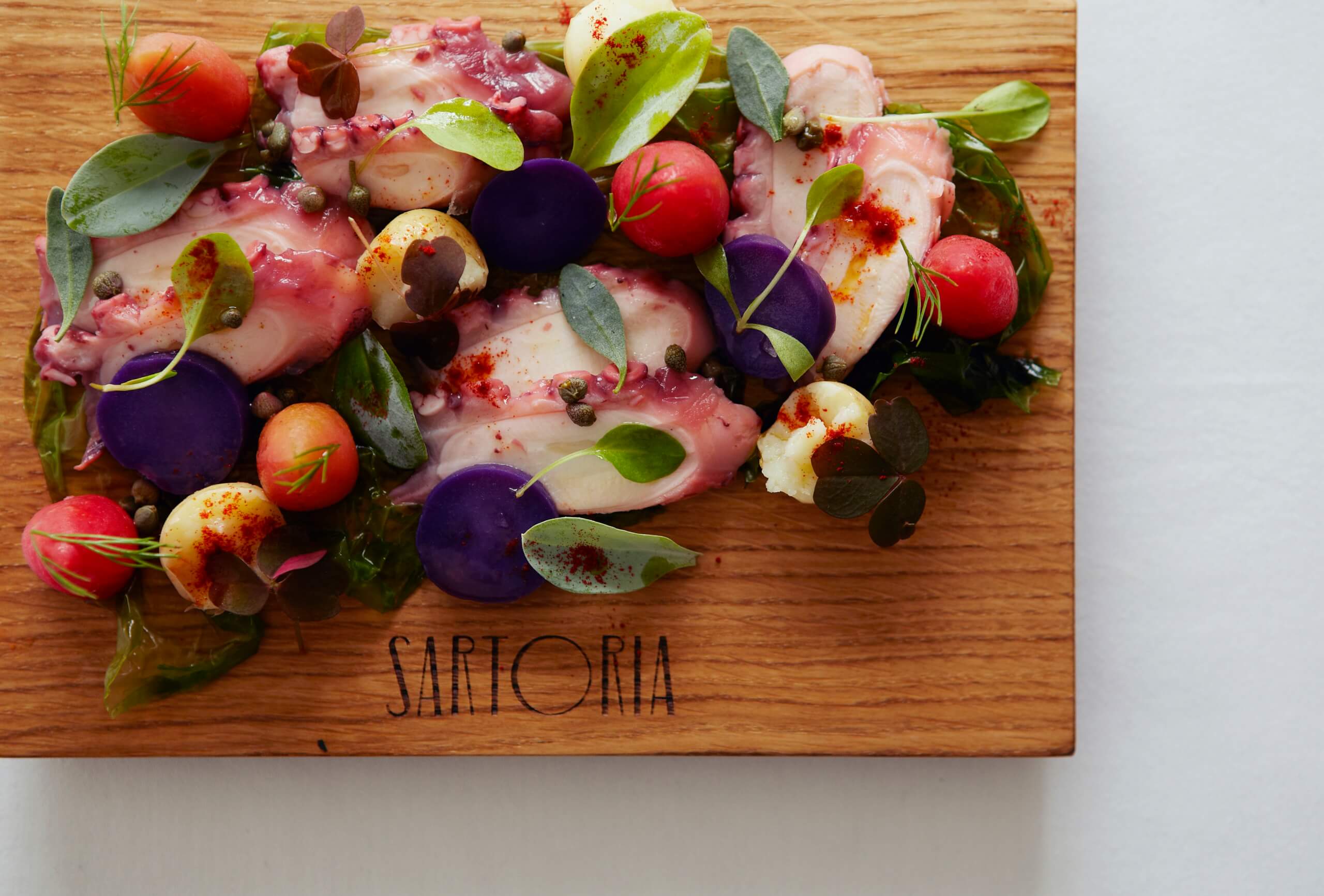 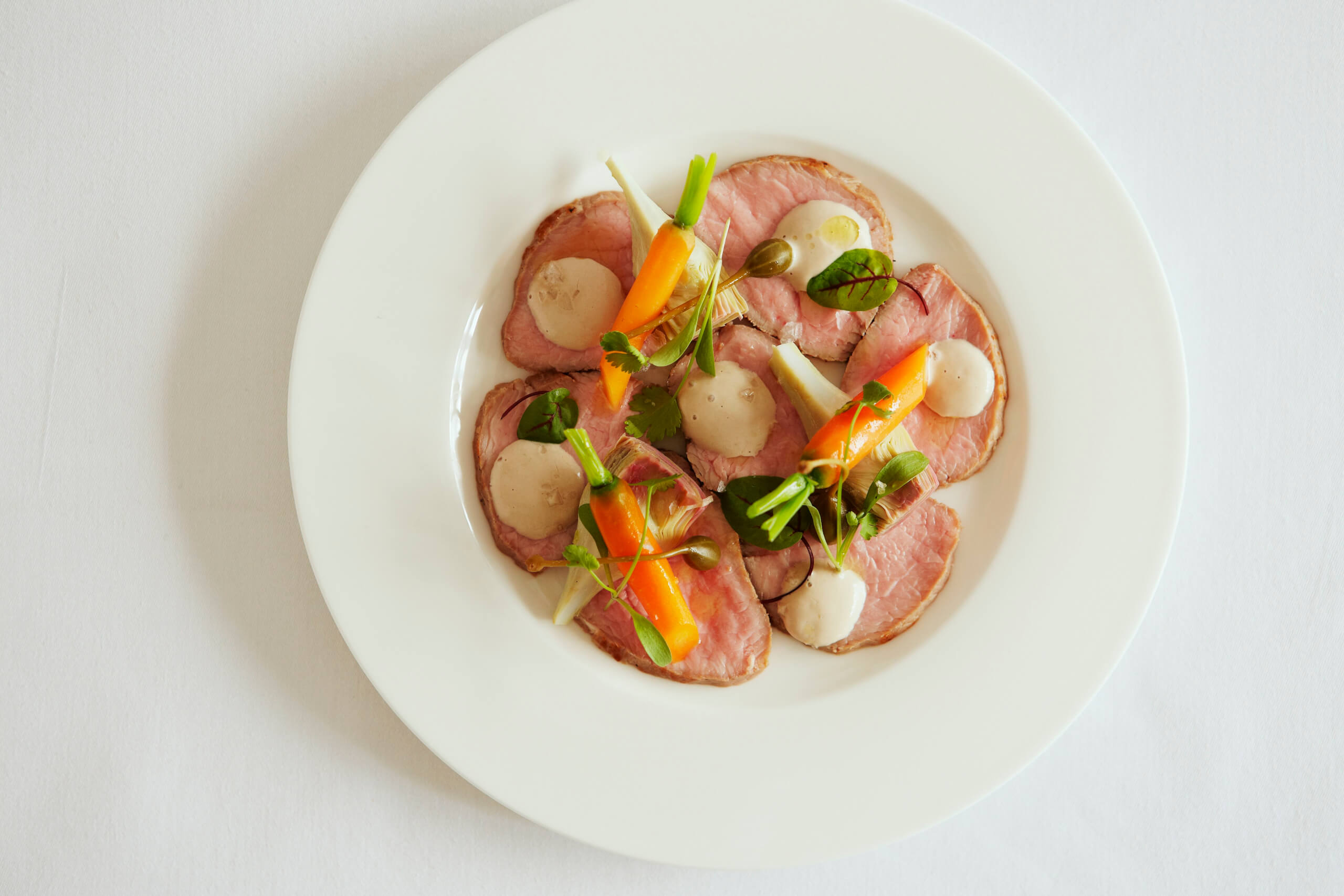 The Food: Francesco has created an all-day dining menu including breakfast that will feature dishes from his native Calabria and other regions in Italy. A highlight of the brand new breakfast menu will be Francesco’s Eggs Purgatorio – baked eggs, spicy tomato and n’duja sauce with crostoni – while the lunch and dinners menus include Astice Sibaryta, warm lobster salad “sybarita” style, Baccalá marinato alla liquirizia, home-cured baccalá marinated in liquorice. There’s also spaghetti carbonara with truffle and Nodino di Maiale with cocoa beans, chard and n’duja. 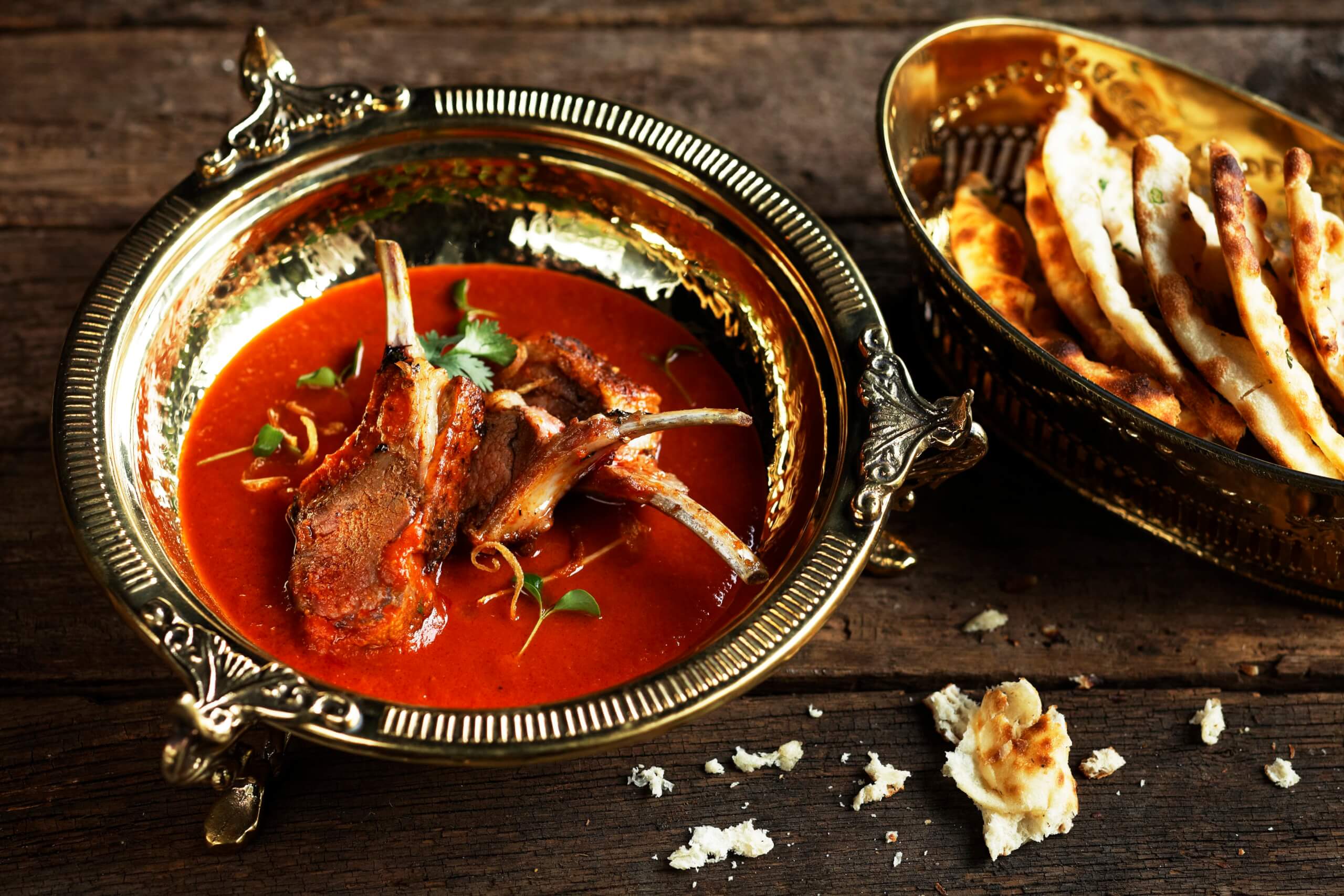 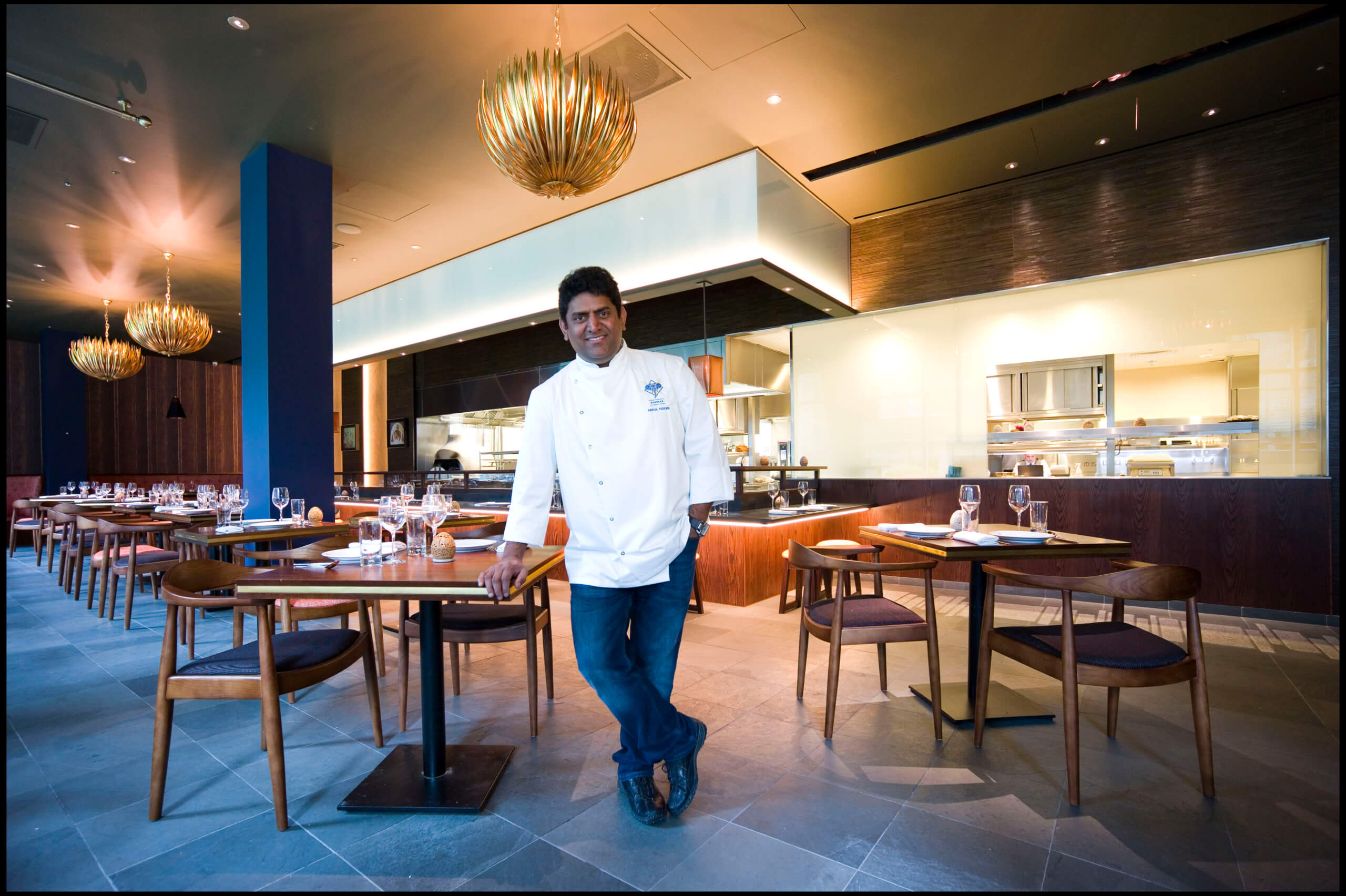 What: This winter acclaimed Indian chef, Abdul Yaseen brings inspired modern Indian cuisine to the City. After over a decade spent at the iconic Cinnamon Club and Cinnamon Kitchen, this will be Abdul’s first solo project and will feature a sharing dining experience inspired by the banquets of the Indian Royal Court in a vibrant yet relaxed setting.

The Vibe: Set over 5,500 square feet, Darbaar will house a 220-cover restaurant and bar, including an interactive grill seating area, 20-cover private dining room and a bespoke chef’s table for up to 10 people. Darbaar’s cuisine will take its inspiration from the many diverse regions of India and the cooking with traditional clay ovens and large charcoal Robata grill on display will lend a sense of theatre to the restaurant. 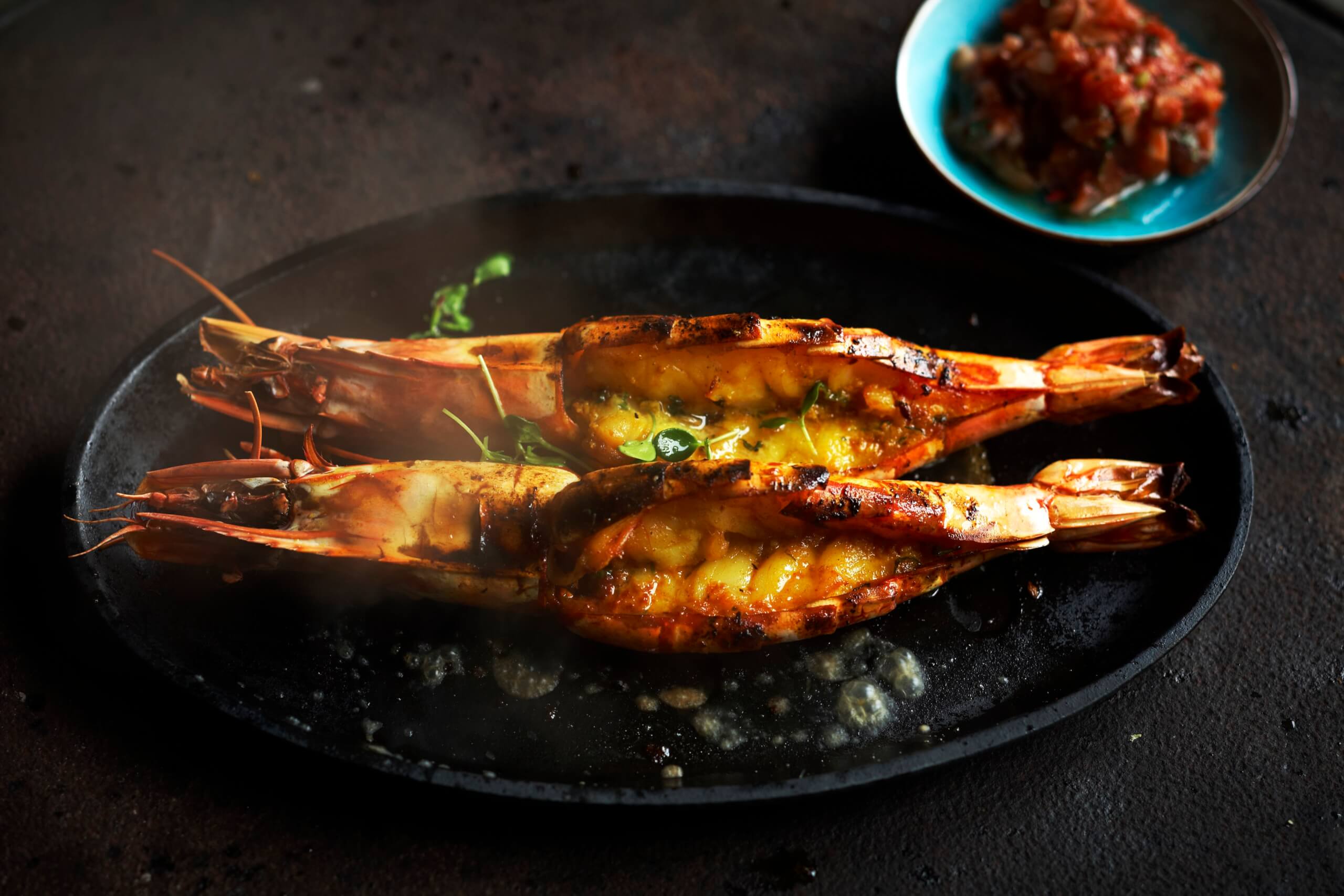 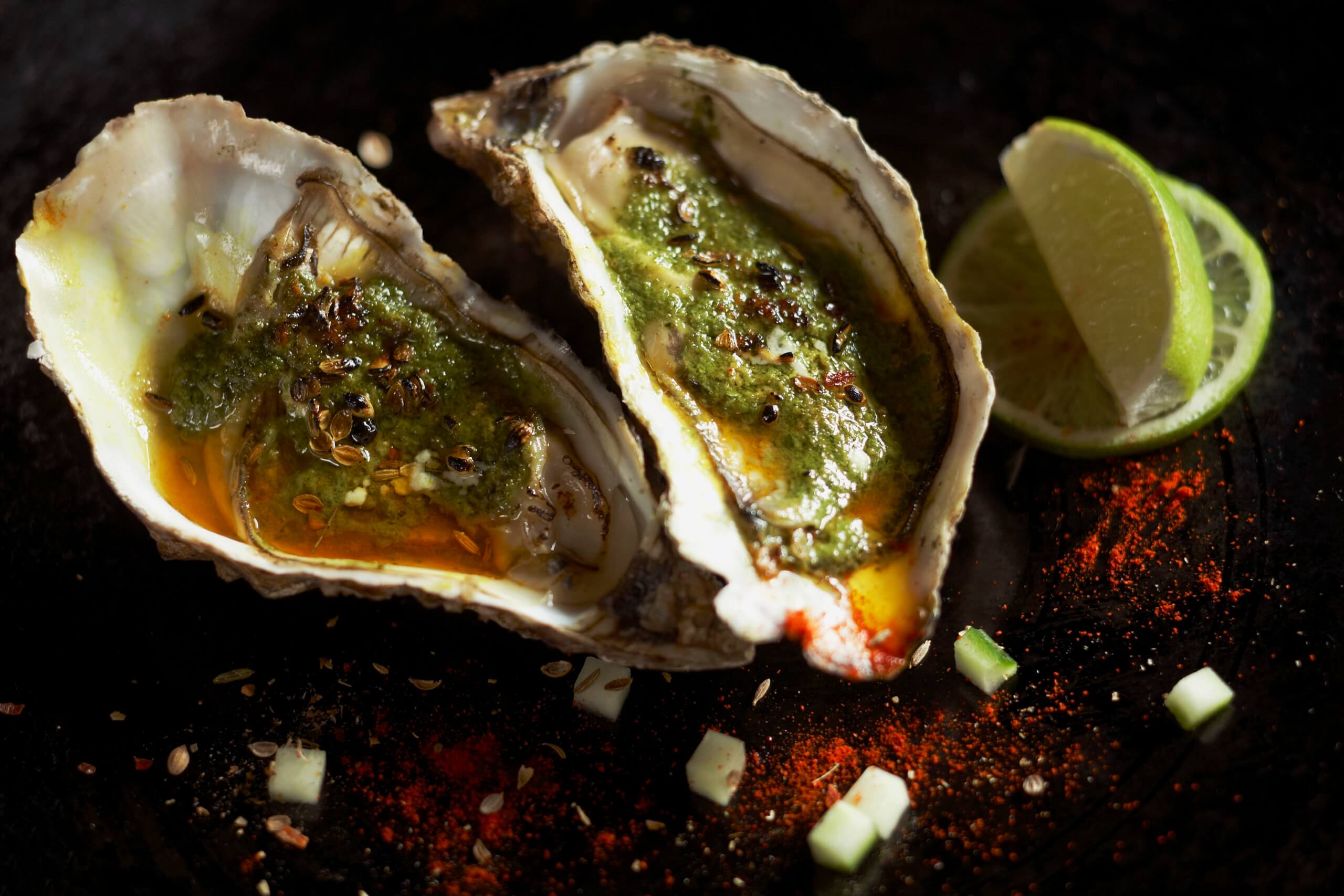 The Food: Signature sharing dishes will include: Nawabi Slow Roasted Leg of Lamb, Keralan Shrimp Cocktail and Kid Goat Biryani. A real highlight will be ‘The Royal Pot’ popularly known as Shahi Degh, which will be served in an earthenware pot and inspired by feasting dishes served at the courts of the Maharajas. Other interesting specialities will include a range of wood fired Naanzas, a versatile preparation of naan bread combining European flavours with those of the sub-continent. 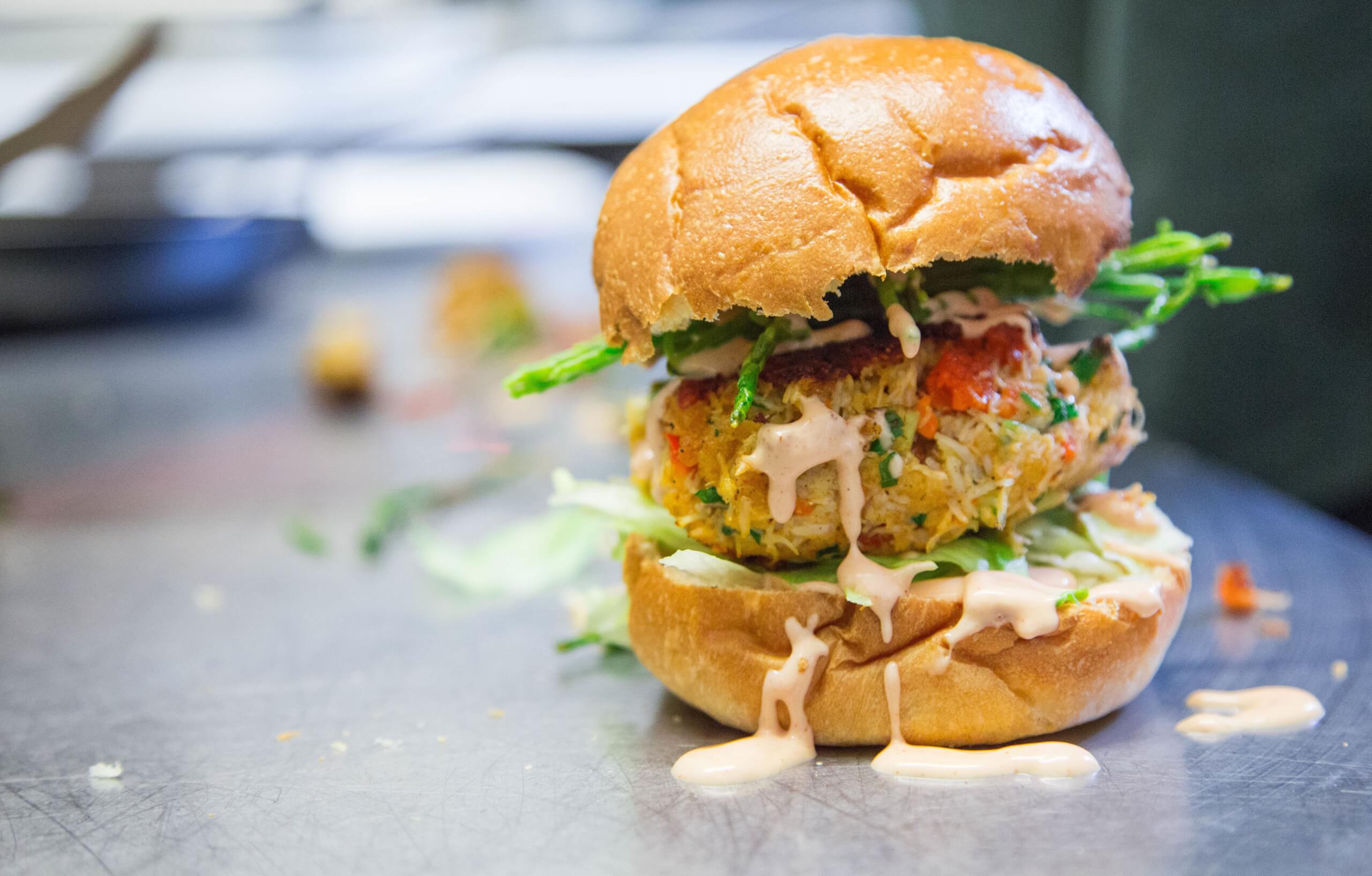 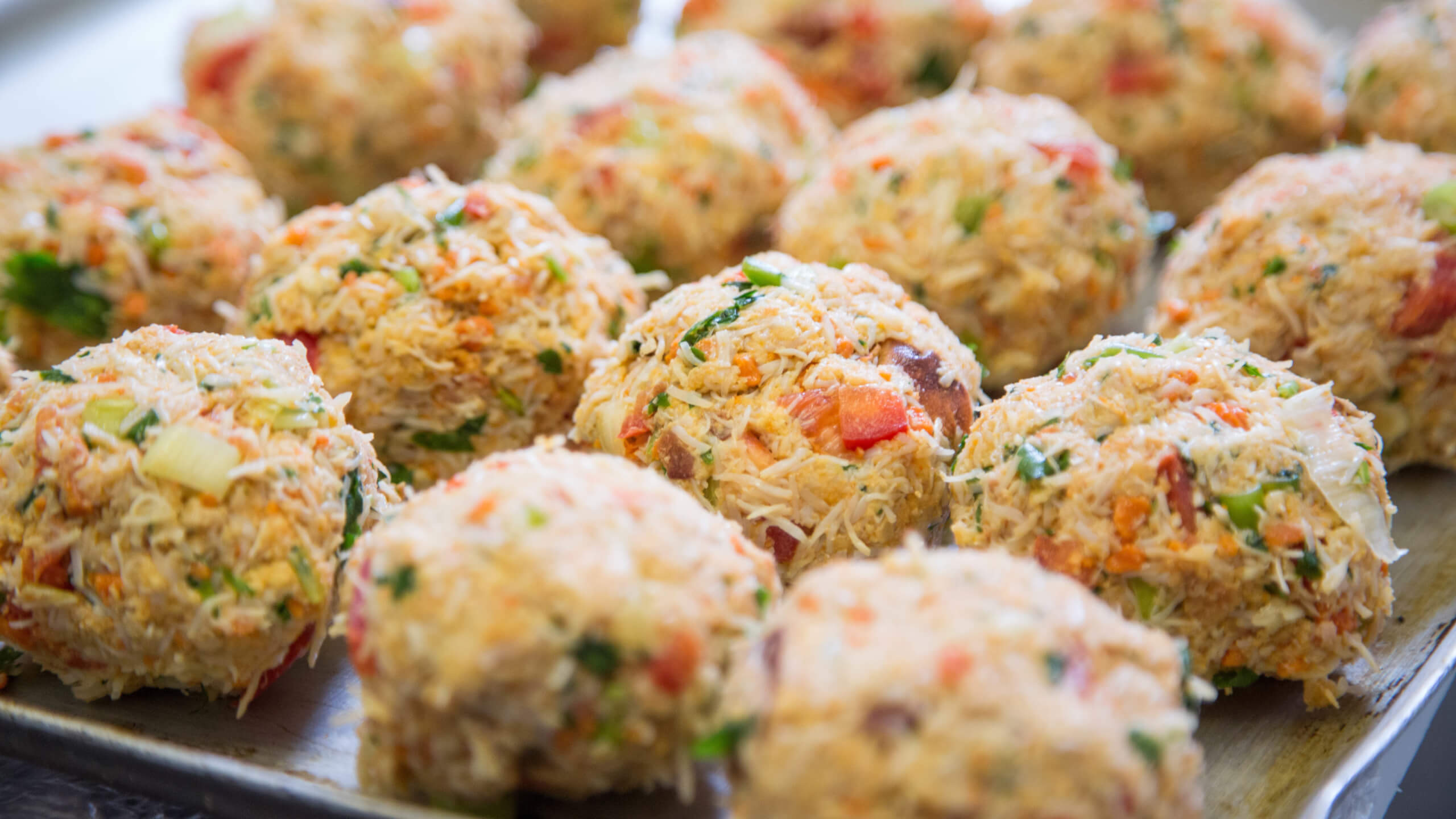 What: Virgin’s Foodpreneur 2015 winner, CLAW, is heading to the East-End this winter with its exclusive pop-up at old-school pub, The Three Compasses.

The Vibe: CLAW is all about the crab. Using only traceable and sustainable fresh crab from Start Bay in Devon, founder Fabian Clark is on a mission to bring the humble crab back to British plates. His latest pop-up will see CLAW serving its signature burgers, as well as a brand new brunch menu, created specially for The Three Compasses. 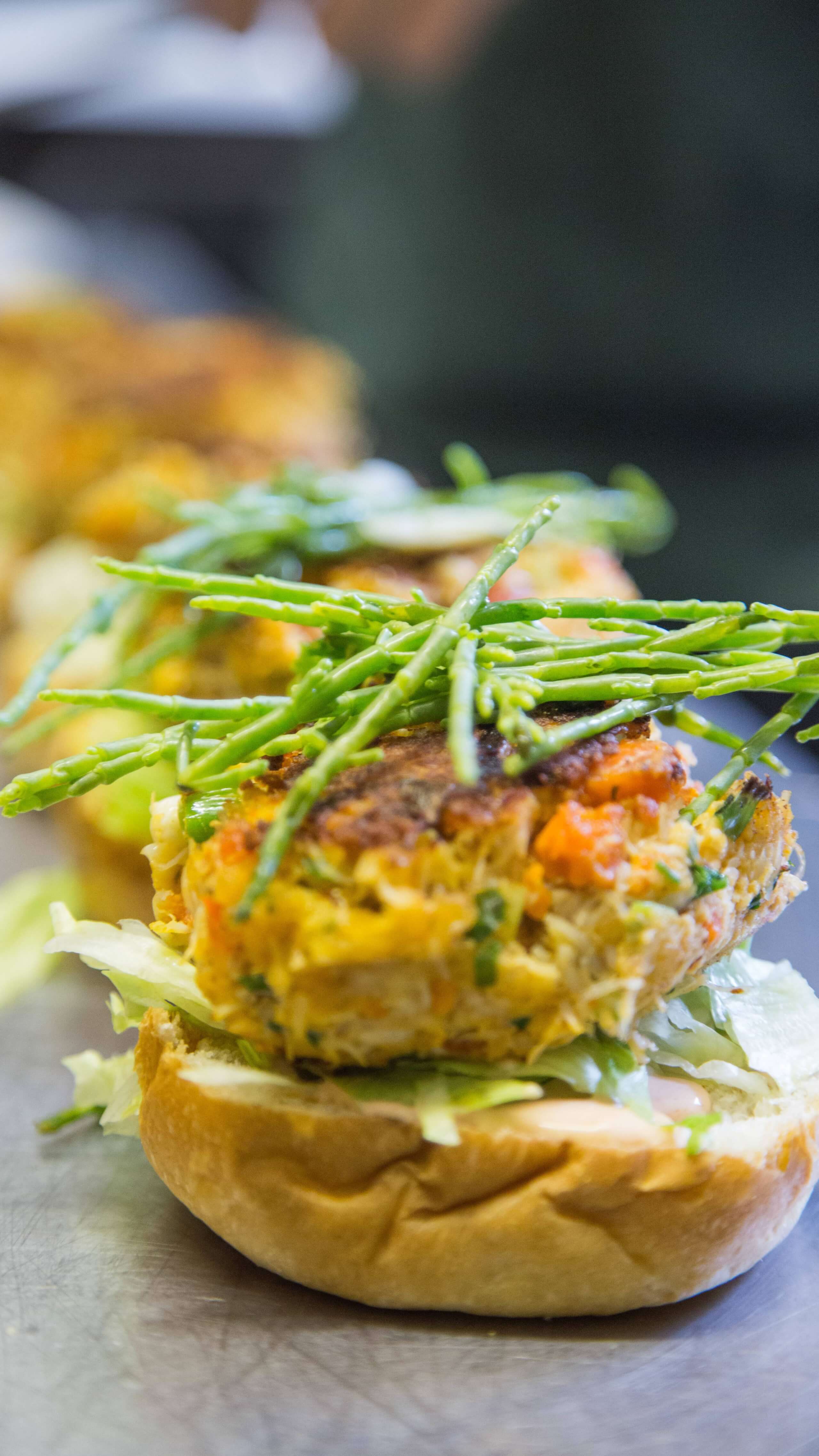 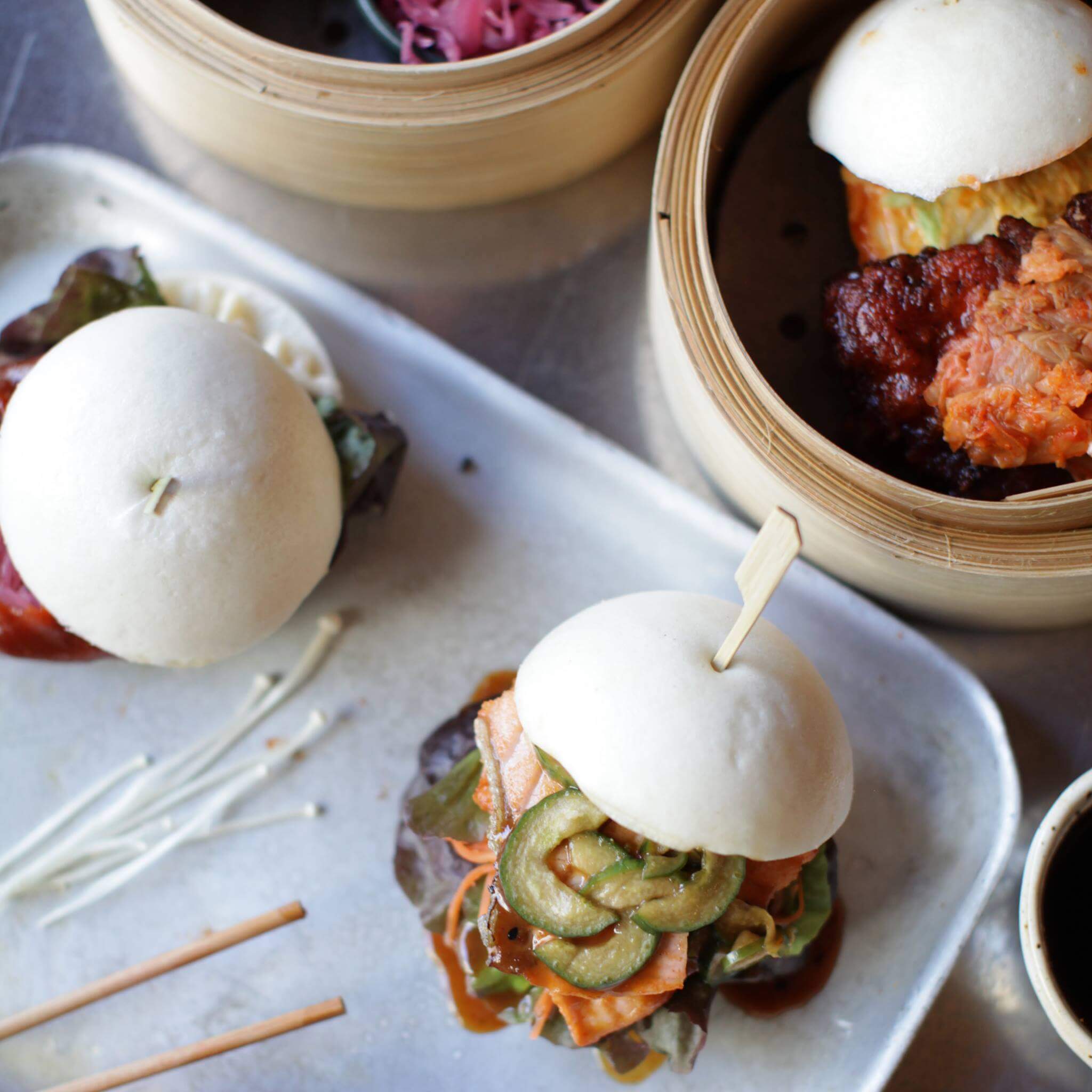 What: On Tuesday 1st December Shackfuyu will relaunch as a permanent fixture on the Soho dining scene, reopening its doors following extensive refurbishment. Originally opened in February this year as a pop-up restaurant, Shackfuyu returns after a successful nine months with a new look and menu.Shackfuyu will be offering 50% off food from Tuesday 1 st (dinner only) to Sunday 6th December. The new look Shackfuyu will be rocking and rolling in true Bone Daddies style, and this time it is here to stay.

The Vibe: Ross Shonhan and his team made the decision to shut up shop and renovate in order to create a comfortable and permanent venue. When it re-opens, diners can expect a brand new bar with marble counter seating for 12, a 16 seat sharing table, and an additional private dining area in the basement. The colour scheme will be significantly altered, replacing the distinctive green walls with dark grey, yet retaining flashes of green in the upholstery and wall tiles. 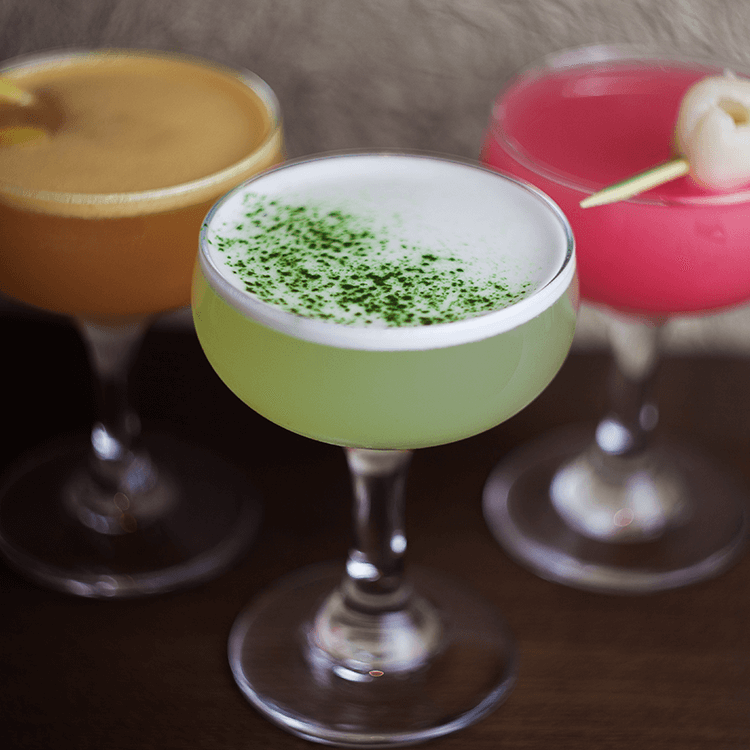 The Food: In order to relaunch with a bang, Ross and Head Chef Ben Hughes have created a new menu of Japanese yōshoku cuisine and drinking food served in Japan’s izakayas. New small dishes will include; Mylor shrimps with curry salt, USDA beef tartar and imo fries with shisho mayo. Larger sharing plates have been added, such as grilled partridge with chilli ponzu, wild Cornish seabass with orange miso and lamb neck fillet with kimchee tare. A selection of Shackfuyu’s signature dishes will be retained including favourites such as prawn toast masquerading as okonomiyaki, aubergine with four miso and bubu arare, Iberico pork pluma and the distinctive dessert kinako French toast with soft serve – one of London’s most instagrammed dishes of the year.