They first launched their Hot Cross Bun Gelato in March 2020. People loved it – the 1000 tub, limited edition run was a complete sell-out and won a Great Taste Star – but we can all agree it was *slightly* overshadowed by other (much more important) stuff going on in the world. So, this year, Hackney Gelato and Ocado are bringing out the UK’s first-ever Hot Cross Bun Gelato. For a second time. 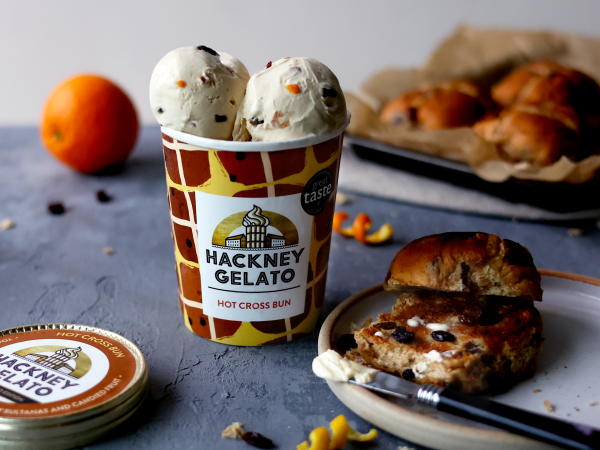 This limited-edition recipe is made by infusing fresh British milk with freshly toasted hot cross buns. Sultanas, candied fruit and a good dollop of salted butter are added to creamy, slow-churned gelato to create a properly indulgent fusion of Italian technique and British flavour.

Get it while it’s… cold. These limited edition tubs won’t be around for long.

Hackney Gelato Hot Cross Bun Gelato is available in 500ml tubs exclusively on  ocado.com from the end of February, priced £5.49.